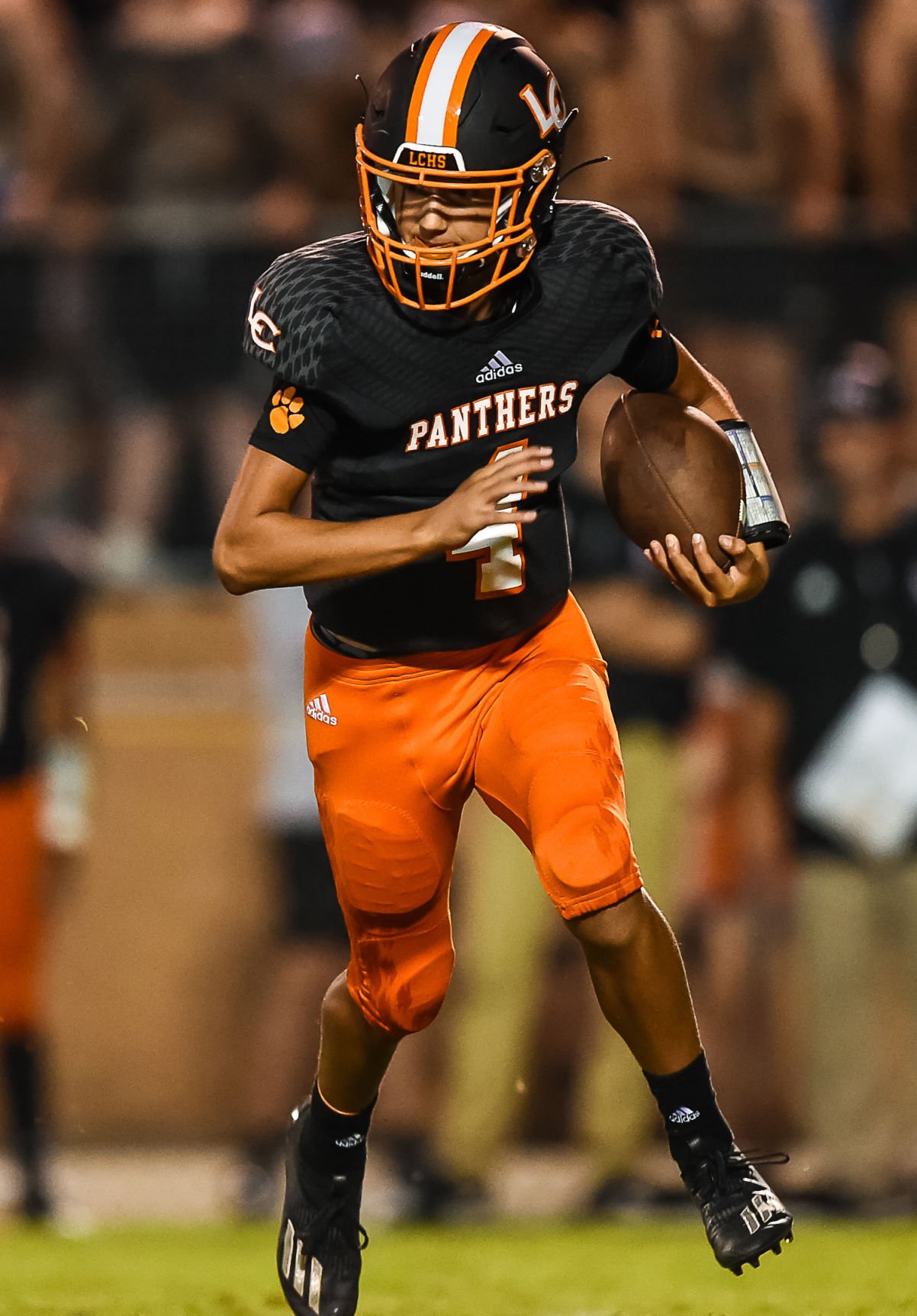 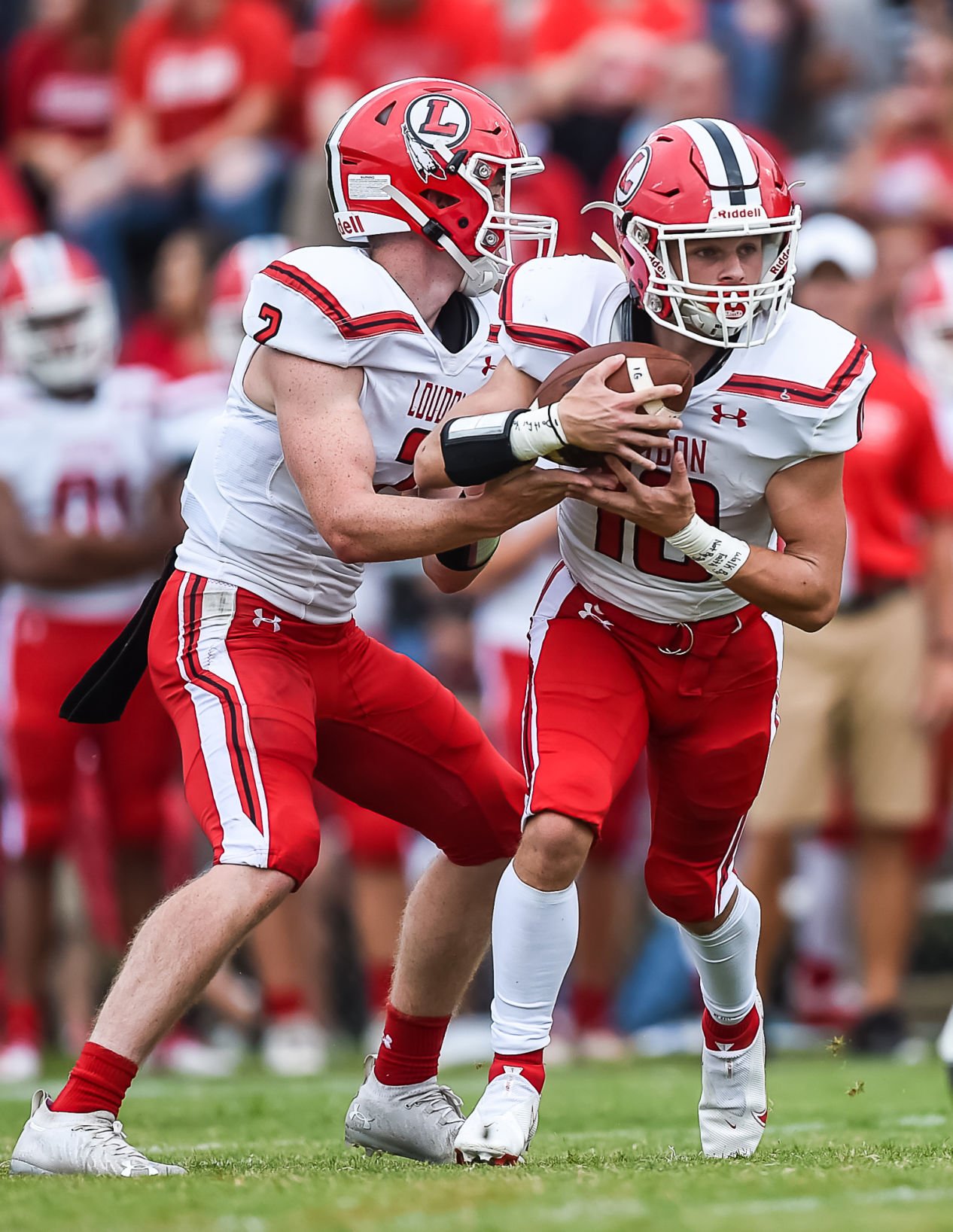 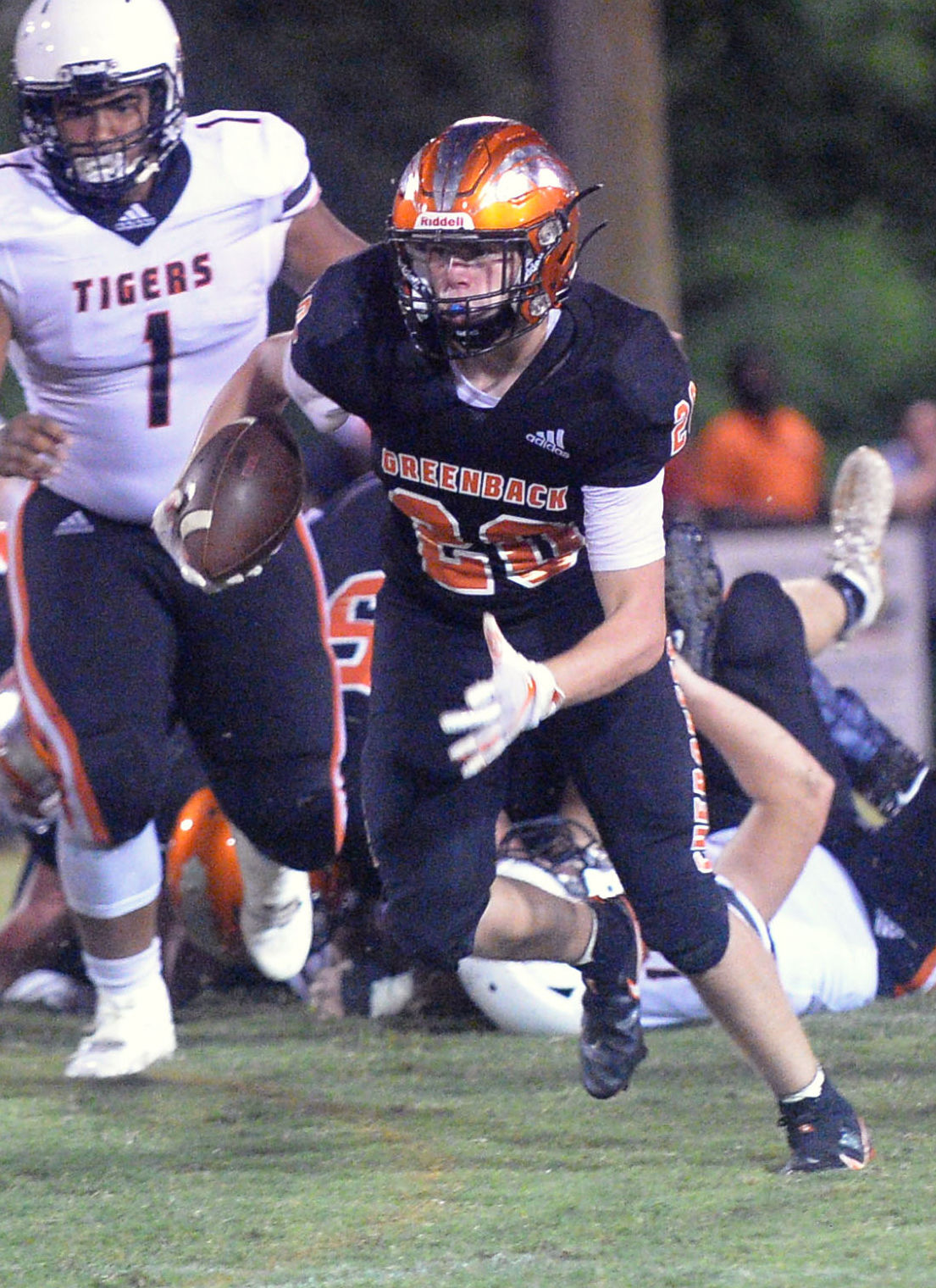 Greenback School's Ashton Orr carries the ball up the field Aug. 28 in the Cherokees' 38-0 loss to Meigs County High School.

Greenback School's Ashton Orr carries the ball up the field Aug. 28 in the Cherokees' 38-0 loss to Meigs County High School.

All three Loudon County high school football teams return to non-region action Friday night and Lenoir City and Loudon will look to pick up wins to cap off homecoming week.

The Lenoir City High School Panthers lost 56-23 to the Soddy Daisy High School Trojans in the first Region 4-5A matchup of the season.

“We had a morning practice (Monday) and it went well, so we’re moving forward and irregardless of what the scoreboard said, I thought there were some huge strides offensively,” Jeff Cortez, LCHS head football coach, said. “Defensively, I thought, ‘Man, we played really well.’ There were a couple of situations where our offense put our defense in a bind, but really, there were stretches of just excellent defense much like when we played Heritage.

“Offensively, it was our greatest output of the year,” he added. “We moved the ball well. There were a couple of throws that we’d like to have back, but overall, I thought Brett’s (Cortez) performance was really good. We got out of Zane Ward what we wanted. When you add the return yards to his game, he was at around 300 yards of production.”

Freshman quarterback Brett Cortez did not disappoint in his first varsity start against Soddy Daisy after throwing for 248 yards and two touchdowns. He replaced Ward, who flashed in a receiver/running back role.

“When Brett came in against Heritage there in the fourth quarter and quickly went right into his first read, you know, he was calm there and collected,” Jeff said. “The Loudon game, he came in and he knew what he wanted to do. To see Zane with the ball in his hands, it was like, ‘Wow, we don’t have that with Zane at quarterback.’ One of our mantra’s on offense is to make cover guys tackle, and if you throw Zane the ball in the flats wider than the outside linebacker, now you’re making cover guys tackle. Watching that kind of evolve and seeing how calm Brett was, it wasn’t like the moment was too big for us.”

Lenoir City is searching for the first win of the season Friday at home against the Carter High School Hornets. Carter defeated Lenoir City 20-7 in last year’s meeting.

The Hornets look much improved following two straight wins against Campbell County and Seymour. They fell by six points against Region 4-5A power Rhea County in the season opener.

“We just want to be better than we’ve been, but Carter is a good football team,” Jeff said. “They’ve got a lot of good athletes, they’ve got size so we’ve got to be good and play well. They’re very aggressive up front, so we’ve got to have a good week of practice and preparation. We’ve got challenges to face, and I know my guys are going to give everything they’ve got.”

The Loudon High School Redskins (3-0, 1-0 Region 3-3A) are feeling confident heading into week four after a 35-18 win over an athletic Brainerd High School team.

“I think that big win Friday goes a long way in that there were a lot of unknowns of, ‘Are we athletic enough to matchup with Brainerd?’ or, ‘Are we physical enough to matchup with a team that’s bigger than us?’,” Jeff Harig, LHS head football coach, said. “I think we established an identity, too, so once you continue do all the things it takes to be successful in your identity, it does build confidence going forward.”

The Redskins will host the Sequoyah High School Chiefs (0-3) Friday night for homecoming. The Chiefs have struggled on both sides of the ball so far this season.

“They’re going to try to spread you out, so they’re going to play just like we do,” Jeff said. “They’ll be in the zone scheme like we run, so from an understanding and alignment standpoint, our guys are going to be in good shape knowing they’re going up against the same scheme they’ve seen all summer. I think we’ll be able to play a lot of kids that will have confidence knowing what to do.”

The Greenback School Cherokees (1-2, 1-0 Region 2-1A) picked up the first win of the season Friday in an unconventional manner.

The Cherokees were slated to open Region 2-1A play against the Sunbright School Tigers, but a positive COVID-19 case among the Tigers forced the team to forfeit and give Greenback a 1-0 win.

“Coming off the first two weeks against Loudon and Meigs County, there were several things that we needed to work on,” Ryan said. “We made a lot of changes both offensively and defensively that were not necessarily personnel wise, but more schematic wise. It was something that we were looking at preseason but without having any preseason scrimmages and 7-on-7 and seeing any film, we really didn’t know exactly where this team was. After the first two weeks, we’ve got a pretty good handle on where we’re at now.”

The Cherokees will take on the Oneida High School Indians (2-0) in what has been a well-fought rivalry over the years.

“(Tony Lambert, OHS head coach) is a defensive-minded guy and I’m an offensive-minded guy, so we’ve had a lot of wars with each other,” Ryan said. “They’re always going to play good, fundamental, sound defense, and he’s going to have kids. They’re going to fight you, and the defensive ends will get after you. Defensively, they’re really good and hang their hat on defense and special teams. They’re going to run a mixture of an even front and an odd front and will change coverage all the team. It’s about us recognizing what they’re doing and communicating up front and making sure we get the right people blocked. It should be a very physical matchup for both sides of the ball.”