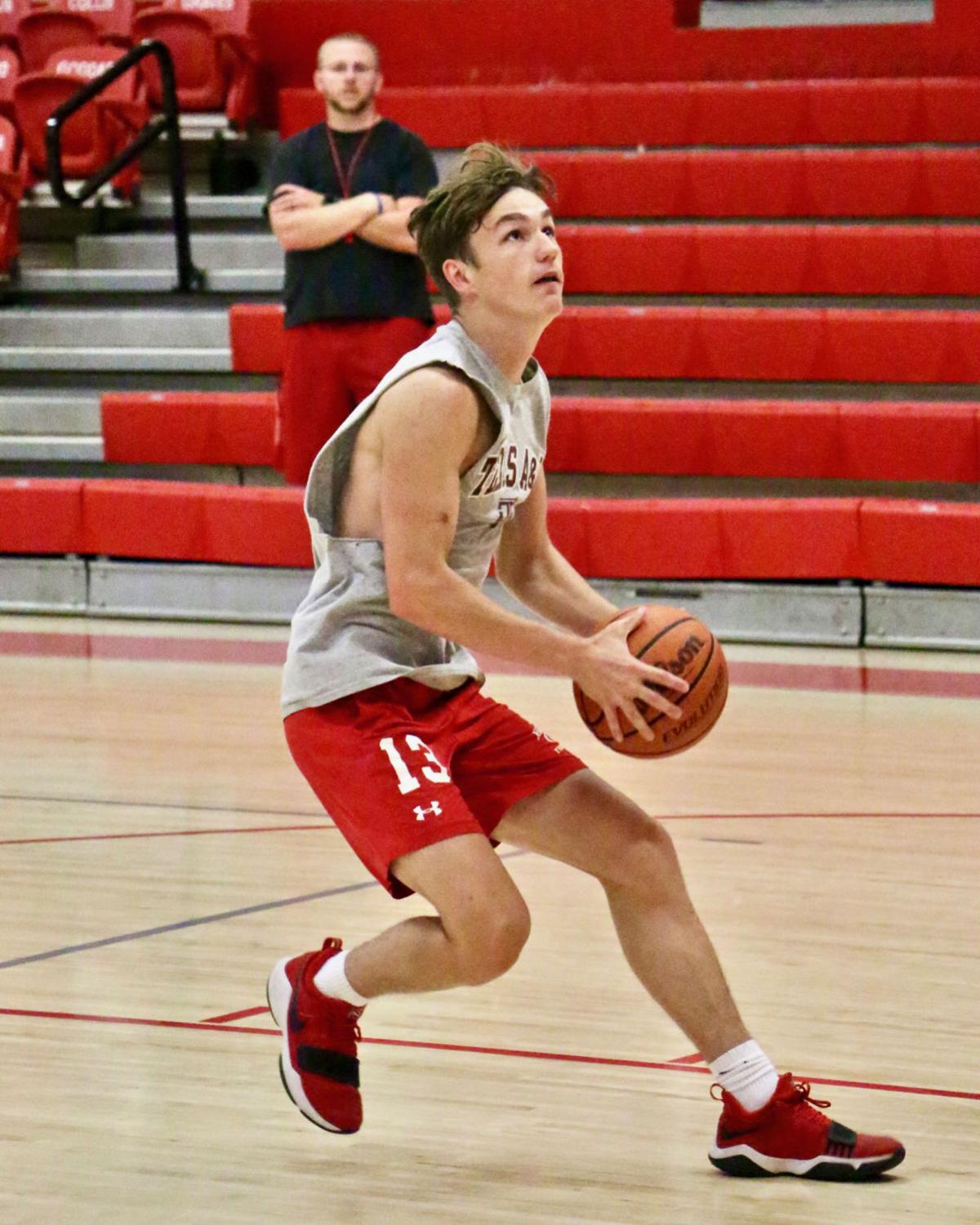 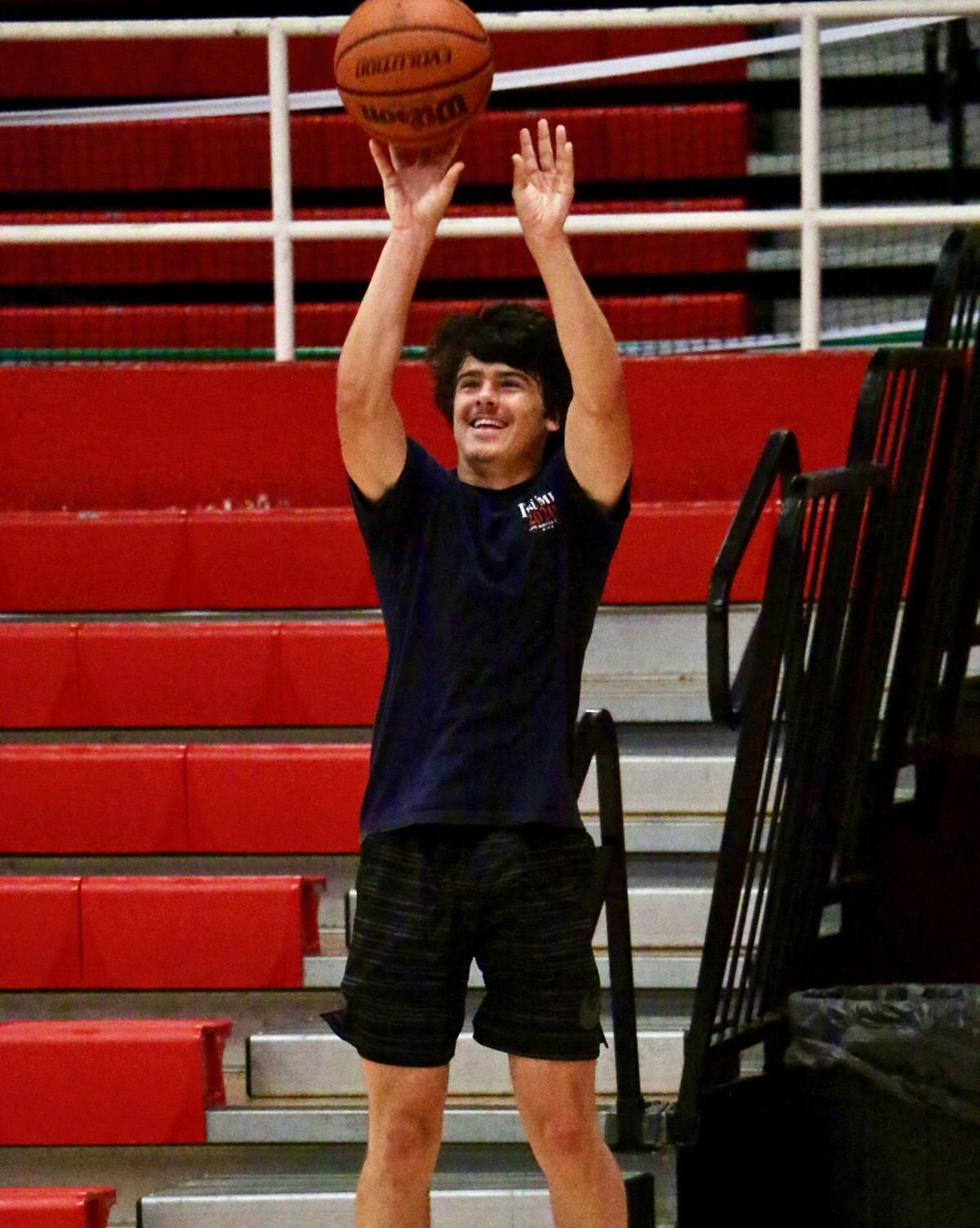 Excitement beamed off the faces of the Loudon High School Redskins basketball team last week as they capped off the final week of practice heading into the two-week dead period.

“Oh, it feels good, and I’m excited to see everybody back and everything,” Donovan Blankenship, LHS senior guard, said. “It’s just sad that we can’t really practice like we want to and we have so many restrictions, but it’s still good to be back.”

Head coach Josh Graves sent at-home workouts to players during the 10-week break to help them stay in shape.

“I sent everybody shooting to do, set shots, free throws and things of that nature, but I also sent them some bodyweight workout deal that they could do,” he said. “Mostly what we’re doing is skill and shooting, so we haven’t really hit the weight room yet, but we will in July. Hopefully, stuff will be a little more relaxed than what it is now. They’ve got their running in, that’s for sure. That’s maybe one worry I have, but it’s a hard working bunch of kids so I shouldn’t be that concerned with it.”

The Redskins primarily worked on fundamentals and conditioning during the first three weeks of June.

“It stinks in the sense that we can’t play, you know, they have to stay at least 6 feet apart as best as we can, but it’s been good from a fundamental standpoint,” Graves said. “We alternate days of shooting day and drill day, but I’ve talked to some coaching friends of mine that we’re going to try and integrate this more. Hopefully in the future, we all want to try to keep some more of the skill work and the shooting than just burning their legs up and focusing on a set type of offense.”

Practices were split between upperclassmen and underclassmen. Athletes were not allowed to guard in a typical 5-on-5 setting.

“We’ve focused mostly on offensive skill work, and it sucks because I’m a defensive guy and we want to fly around and get after people this year,” Graves said. “We haven’t been able to do a lot of that. We’ve really focused on our transition offense and our secondary sets because if you’re not 6 feet in that, you’re not going to be good anyway. It’s been something that we can do, and it incorporates conditioning as well.”

Senior forward Broady Harrison admitted it was a struggle adapting into a practice rhythm.

“The first day at tryouts, everybody was gasping for air and passing out on the ground, so we’re just going to have to work really hard to get back in shape because it’s been like three months since we’ve done anything,” he said. “Right now, we’ve been working on our shots and doing shooting drills. We’ve been doing two-dribble layups to kind of get back into it.”

Graves believes the team is having to make up for lost time on the court.

“I would say that we’re behind in a scheme standpoint because last year we were bigger, and so we had to play more zone and things of that nature,” he said. “This year we’re smaller, so we’ve got to get up and down and make people uncomfortable with pressure, and so our scheme will be a lot different. Otherwise, I would say we’re ahead skill-wise just with all the work they’ve been doing and shooting and things of that nature.”

Upon returning from the dead period July 6, the Redskins will continue to work out and lift as dual-sport athletes branch off to prepare for other sports.

“If they play football, they’ll go strictly to football. I’ll have some open gyms for them, but it’s not mandatory because it’s in their season, which is fine,” Graves said. “I know Coach (Jeff) Harig is behind, too. Basketball guys will be coming three days a week. We’ll be hitting the weight room, we’ll be conditioning, we’ll be doing shooting and things of that nature.”

This will be a critical summer for a young Redskins team looking to rebuild after losing a handful of experienced seniors that helped guide Loudon to a seventh straight Region 3-2A quarterfinal appearance.

“We just hope for another district championship, so that’s what we’re shooting for,” Blankenship said. “I guess that will be the motivation for us not to get lazy during the dead period and stay with it. When we get back from the dead period, it’s going to be time to work.”