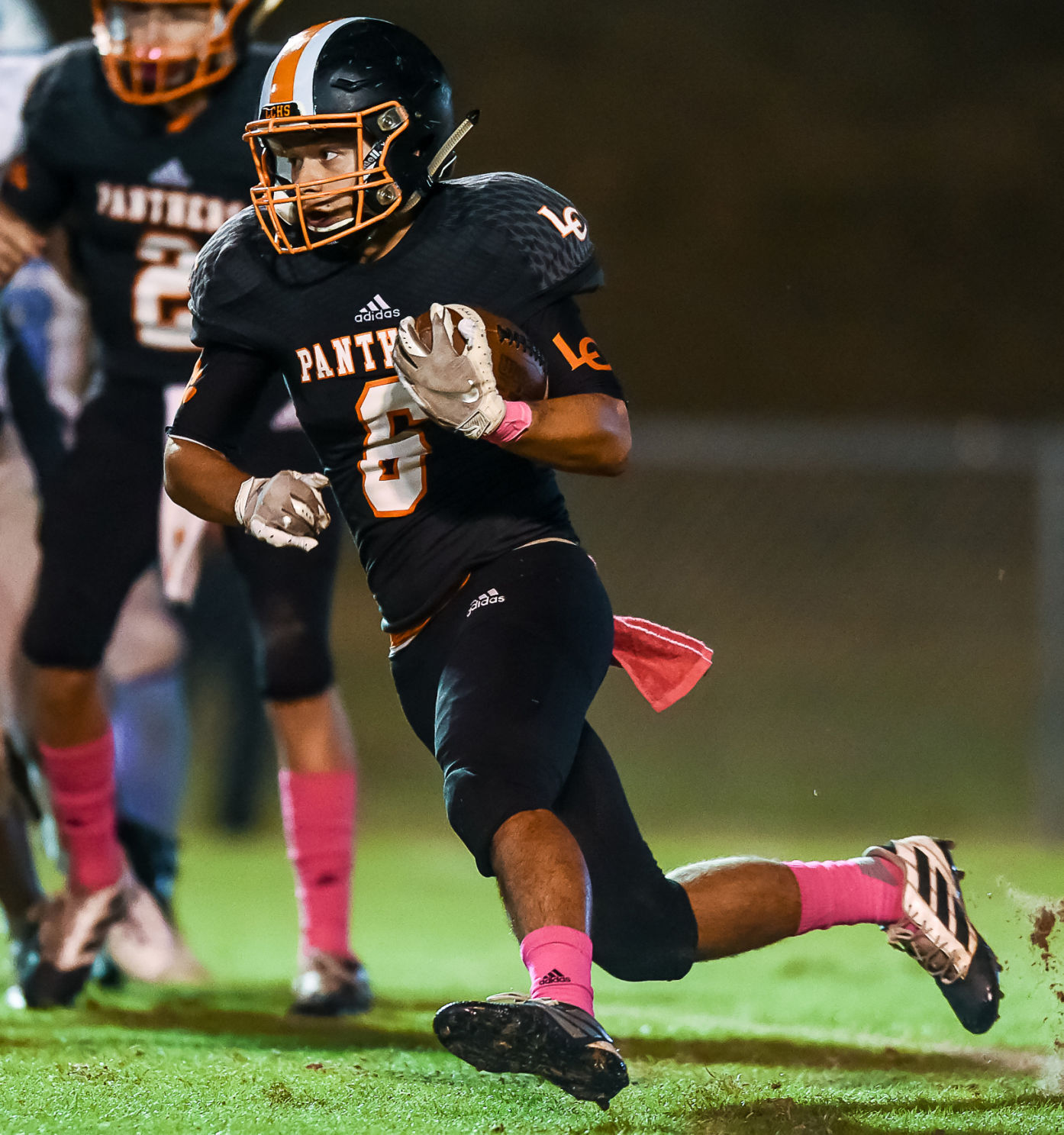 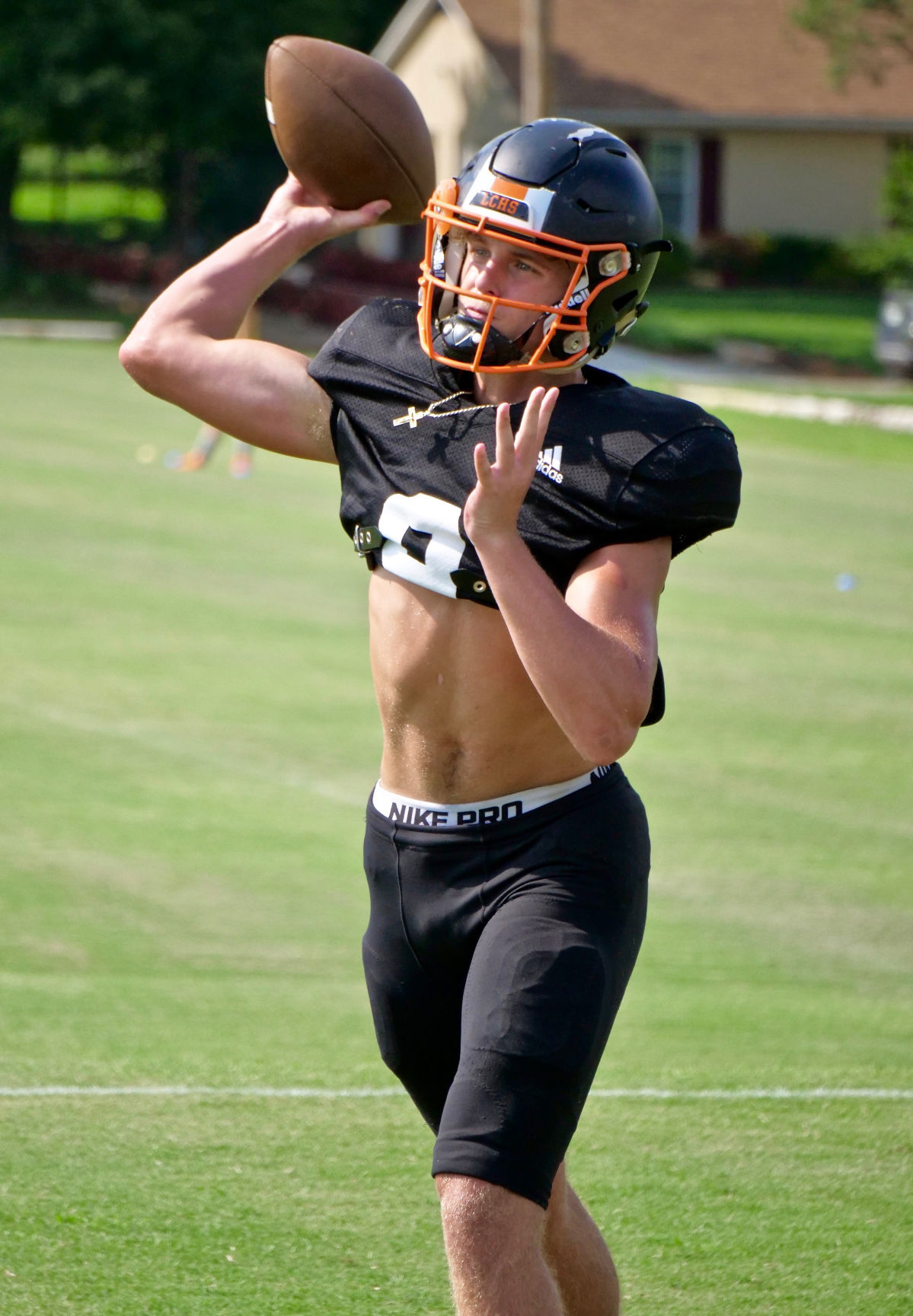 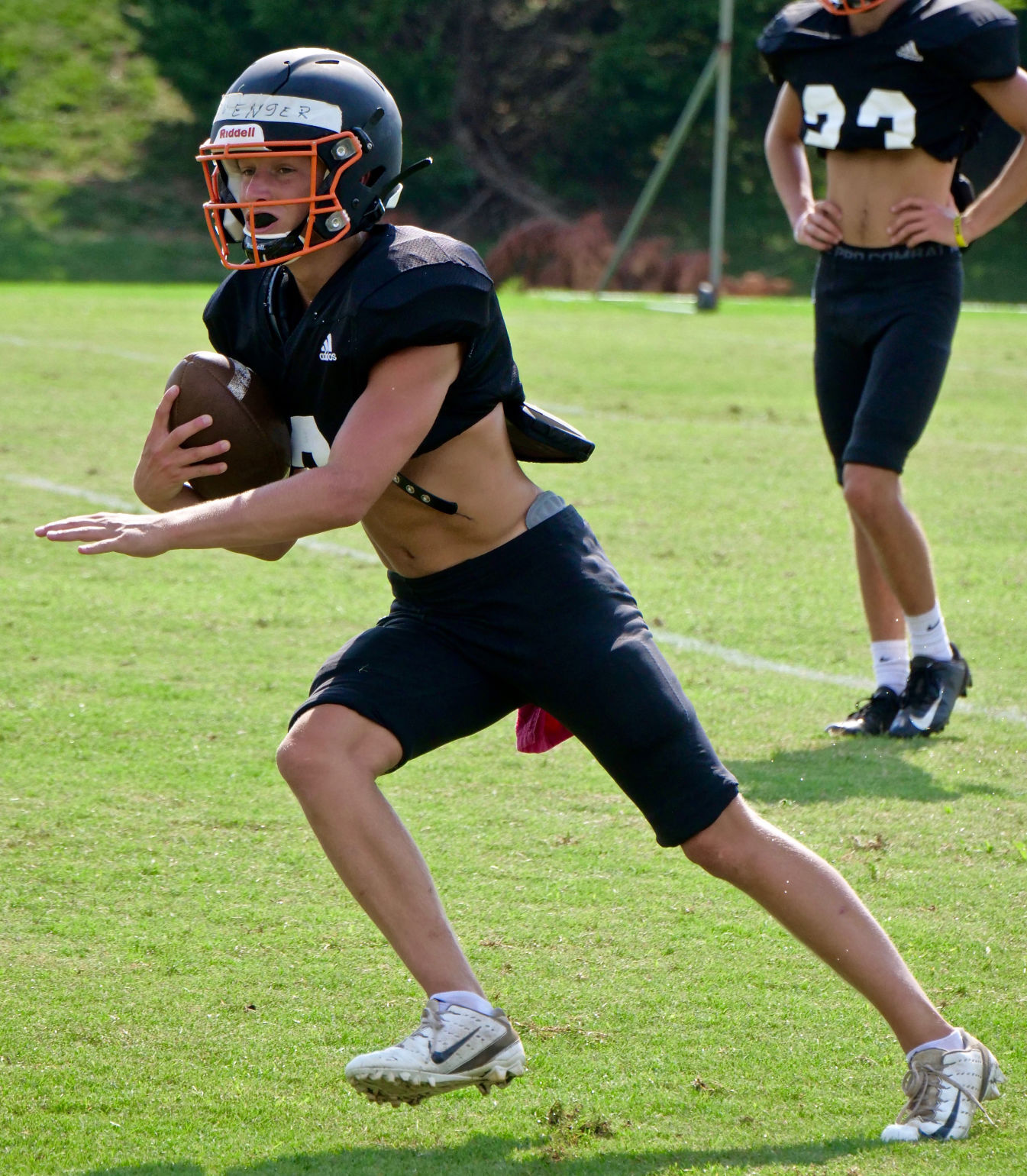 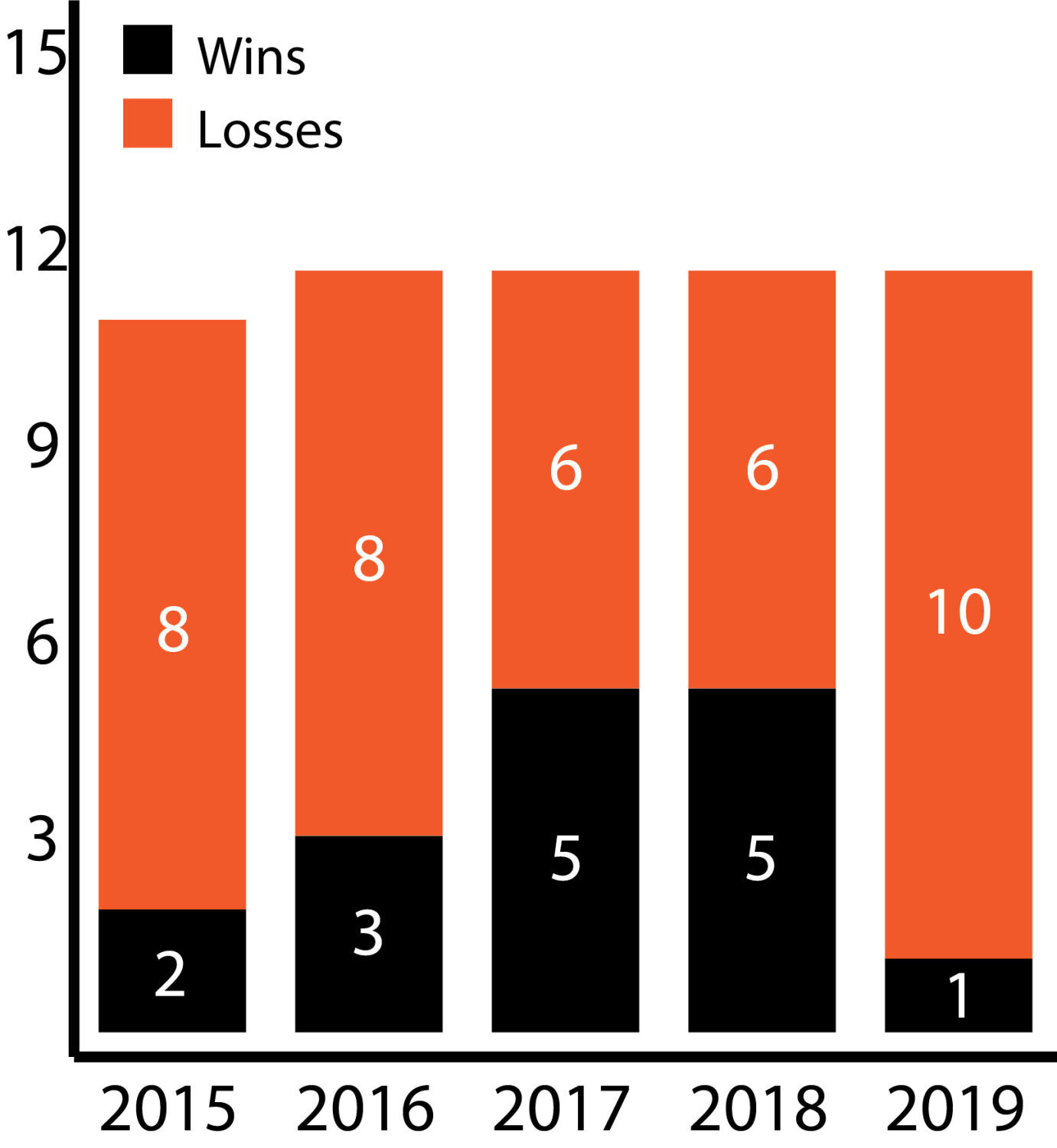 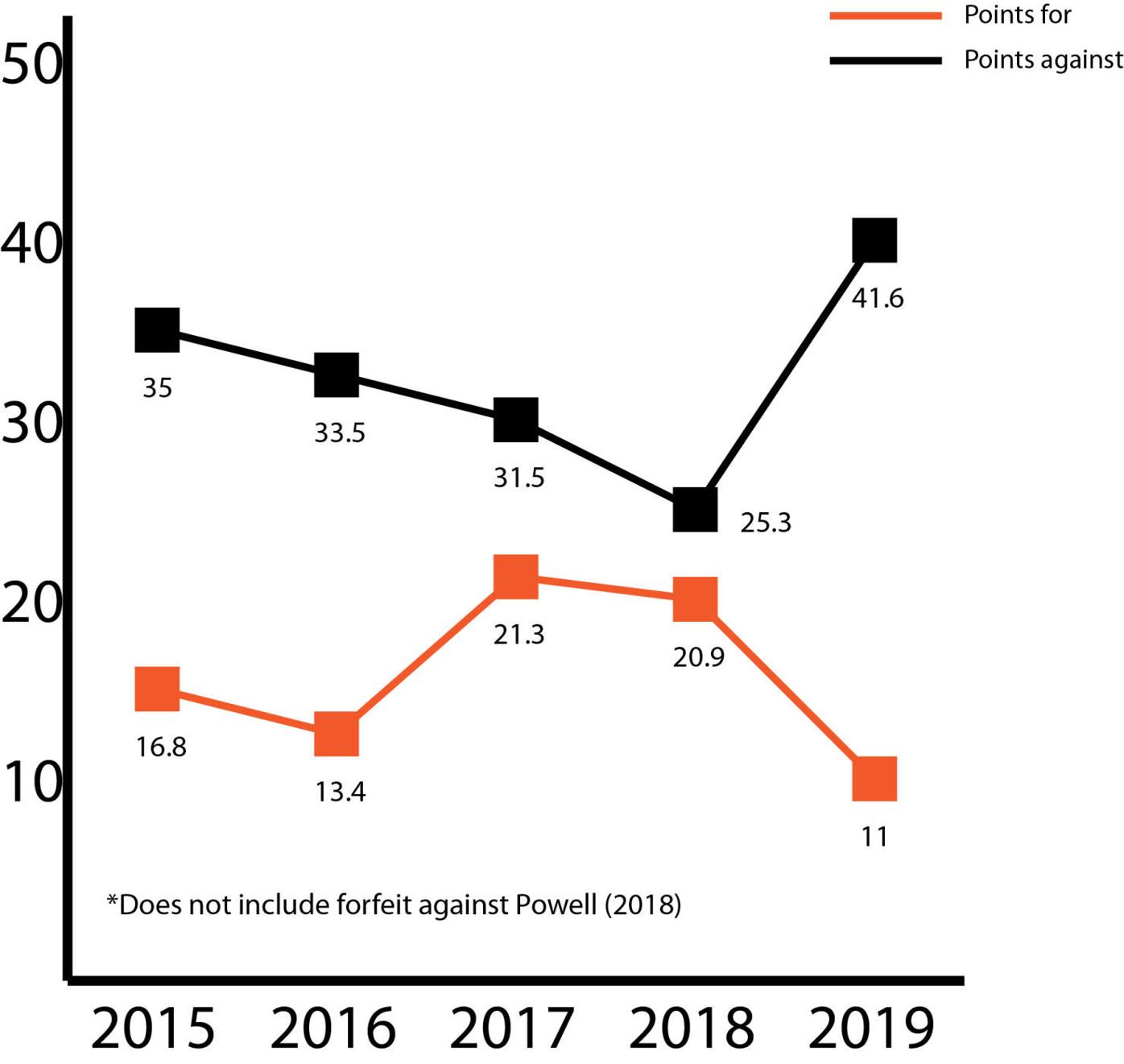 Following a disappointing 2019 campaign that yielded just one win, the Lenoir City High School Panthers are on a mission to improve and clinch the top spot in Region 4-5A this season.

Since returning to full practice Aug. 3, the coaching staff has pushed players to prepare after missing a majority of spring training and summer camp due to the coronavirus.

“Mentally, I think we’ve got a positive attitude, we’ve got good enthusiasm, so I think we’re excited and ready to play,” Jeff Cortez, LCHS head football coach, said. “Physically, we’ve got some soft tissue issues, which unfortunately with how things have unfolded and some of the lack of practice time in July and June, I think it’s related to some of these soft tissue injuries. It’s just going to be one of those things that we have to get past in game one and two and beyond.”

Despite the restrictions COVID-19 has presented, Cortez has continued to push for a change in the culture. During the offseason, he hired two new coordinators and began restructuring the program.

“I’m trying not to look too far ahead right now, but before spring break in 2020, those goals were still in place,” Cortez said. “We want to win more than five games, we want to win a playoff game and those are some of the goals that the players came up with and that’s what we’re shooting for. If everyone’s healthy, there’s only maybe five seniors starting, and the rest are juniors and sophomores. While we’ve got a lot of guys coming back, we’ve also got a lot of guys who are still young. We could have back-to-back very good years. We’re excited about our now and excited about our future.”

Lenoir City returns 15 starters from last year’s team and is expected to compete with Rhea County for the Region 4-5A crown.

“We don’t have to be great in six games, we just have to be great in three,” Cortez said. “We have to be supremely prepared for three opponents, and, from that perspective, I think we’ve got a good shot. We’ve beaten Walker Valley before, we’ve beaten Soddy Daisy before and we’ve been painfully close against Rhea County. When you look at it that way and knowing how many guys we’ve got with experience, I think if someone’s going to take us lightly, that’s going to be their mistake.”

arged offenseOne of Cortez’s top priorities during the offseason was finding a new offensive coordinator to replace Matt Coe, who stepped down at the end of last season.

“We tried last year to get him on staff, and just like Dustin Peels (LCHS defensive coordinator), we were looking for a young guy that’s intelligent, energetic, someone who’s going to help give us new ideas and new direction,” Cortez said. “At the same time, we wanted someone to be able to work within the framework of the things we’ve already been doing. Derrick’s definitely the guy.”

The offense was dealt a blow in the spring when All-County junior quarterback Mason Stanley transferred to Gallatin High School, forcing junior varsity starters Zane Ward and Gavin Vincil into the spotlight.

Ward will start the season as the leading gunslinger due to his experience, arm talent and speed. Vincil, a sophomore who possesses a strong arm and accuracy, will see playing time as well.

“My freshman year, I was playing JV quarterback and I was still kind of getting to all the fast-paced movements of high school and everything,” Ward said. “Now that I’m a junior and having a couple of years of experience just warming up with quarterbacks and stuff like that, I feel like I’ve got it under control. Last year, I felt like all of our plays were just too much and stuff. This year, it’s a lot more simple and a lot easier for us players to understand.”

Junior tailback Josh Mejia returns and will receive a majority of the carries this season. Sophomores Egan Rains and Ayden Bennett will provide backup, while senior tight end Silas Jarrett will look to set up blocks and create mismatches.

All-County receiver Dusty Clevenger returns on the perimeter and will be the Panthers’ top wideout. Seniors Xavier Patrick and Sebastian Borthwick will also be serviceable targets with their height and speed.

“Dusty Clevenger did a great job catching the football for us last year, and we’ve got him in another position where he can catch a lot of footballs,” Cortez said. “Xavier Patrick, we recruited him off the basketball court, and he’s having a good fall camp. He’s learning the routes, learning ball control and he’ll be a big-play target for us. Gio Gonzalez, our kicker for two years, could also have a big year. Those are three prominent guys right now.”

The offensive line features four starters from last year, including All-Region 4-5A selection Tucker Yancey. Yancey was recently selected to participate in the 2020-21 Blue-Grey All-American Bowl in Dallas, Texas.

Along with Yancey, seniors Matthew Wright and Chase Villanueva and junior Eli Rittenhouse return to anchor what could be the Panthers’ best line in several years.

“We still have a lot of work to do,” Yancey said. “Obviously, Zane doesn’t have a whole lot of quarterback reps on varsity, so we have to get him super ready. He comes in and works hard, but definitely our offense has to be able to play to get experience. Everybody comes into practice working hard every day, so I feel like we’re going to be ready.”

h defenseCortez made a major change on the defensive side during the offseason by hiring former Sequoyah defensive coordinator Dustin Peels.

Peels served as the defensive line coach at Halls last season and is expected to carry on Cortez’s tough 3-4 philosophy, which always starts in the trenches.

Rittenhouse, Villanueva, Yancey and Seth Evens will battle between the gaps. Wright, Dalton Dukes and Chris Gonzalez will work to come off the edge and apply pressure in the backfield at defensive end.

“Coach Peels has done a great job installing our new version of our 3-4, and the guys have really responded well,” Cortez said. “I think quite honestly, our No. 1 defender is going to be Eli Rittenhouse. He’s a three-year guy, he’s only going to be a junior, he’s a big, strong young man, moves very well and he quite possibly could stop someone’s run game by himself, I think. Some of the other guys I’ve mentioned will have big years.”

Linebacker depth could be an issue. Peels will rely on junior Cole Richards and freshman Keller Cooper at inside linebacker, while Josh Mejia and Jordy Carroll will start on the outside.

Sophomore Ayden Bennett and junior Kade Dixon will have to step up as well.

“On the back end of things, that’s probably where we’ll see Jordy Carroll play,” Cortez said. “You kind of look through this thing, there’s going to be a lot of juniors playing a lot of football again for us. As sophomores they played, and now they’re going to be in prime spots as juniors. We’ve just got to get ourselves to game one and two and give ourselves a chance to play.”

In the secondary, Clevenger and junior Reece Wilburn will see time as cornerbacks. Patrick, Ward and Vincil will help in the deep zone.

“He’s had a fantastic summer and fall camp for us kicking,” Cortez said. “If Gio needs a rest, we’ve got his brother Leo Gonzalez, who’s a 6-foot-4, 260-pound young man, and he can kick it as far as anybody. We’ve got a junior and a sophomore who can kick it, and we can use either one. It doesn’t matter to us because we don’t lose a thing.”

Clevenger, Mejia, Patrick and Wilburn will line up as returners as all four possess big-play capabilities.

Lenoir City will start the regular season at 7:30 p.m. Friday at home against Heritage High School.