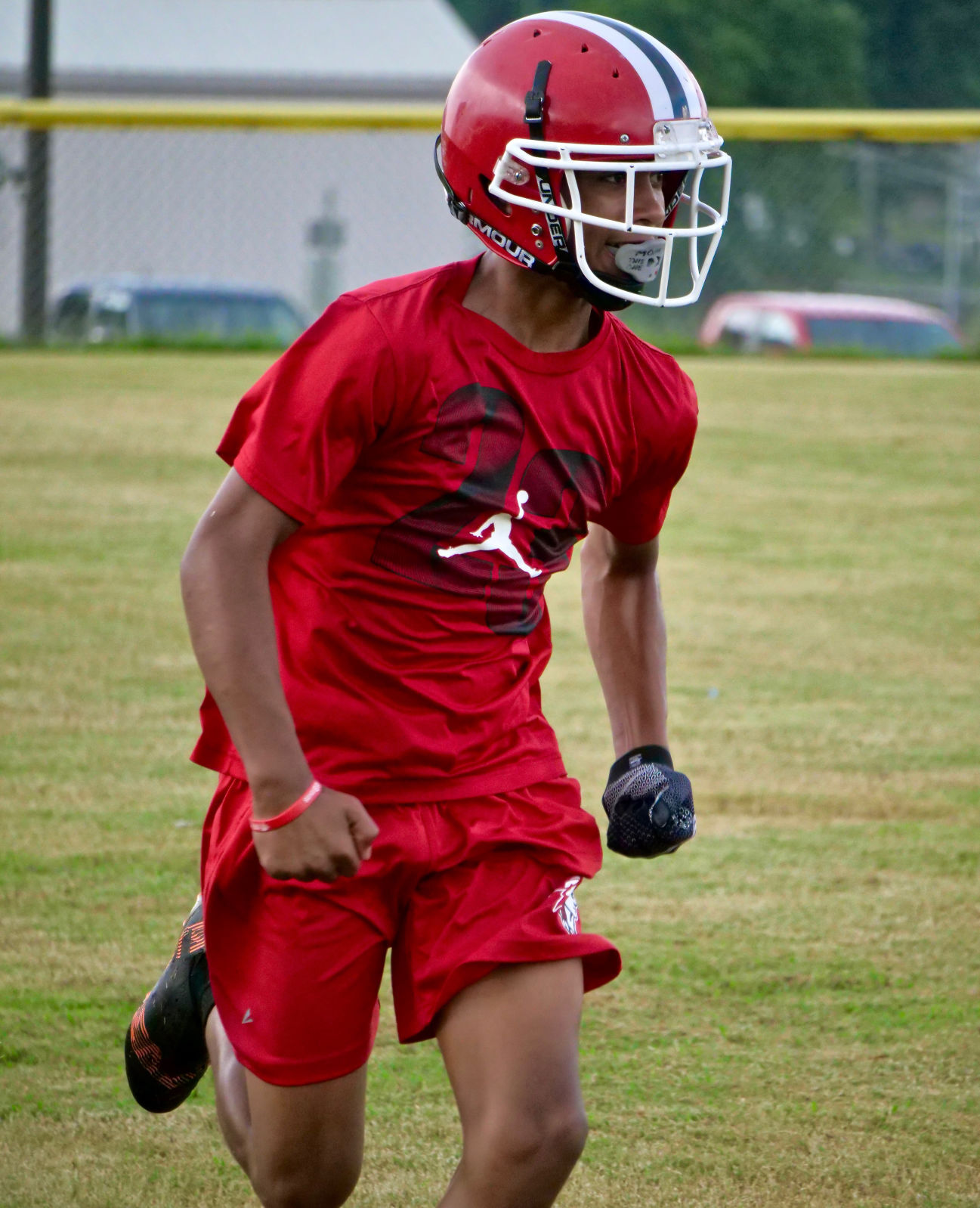 The Junior Redskins football team, which combines students from Fort Loudoun Middle and Philadelphia Elementary schools, is now two weeks into what could be a breakout season for the program.

The Junior Redskins fell 30-14 Aug. 5 in the season opener against Christian Academy of Knoxville.

“Week one, we go to CAK and this season was unlike last season because we were able to prepare and have somewhat of a preseason so going into that tough matchup, it worked out well for us,” Jeremy Collins, Junior Redskins head coach, said. “CAK was a heck of a team and we have a really good team ourselves but just at the end of the day there in the fourth quarter, they made a couple of more plays than we did. We didn’t like the answer on the scoreboard, but I was proud of the way we executed on both sides of the ball.”

The team bounced back Aug. 12 with a 12-0 shutout win against Clinton Middle School.

“That Clinton game was our first game on the turf, the kids were excited and it was a great atmosphere,” Collins said. “Like I said, we came in after CAK with a really good ball club and it really helped us prepare for Clinton. We did a good job of executing defensively and we put up points on the board and got the job done. I’m happy with what the team’s doing right now and obviously we’ve got things that we can work on, but I like the direction that we’re going.”

“Luckily from last year, all of our skill guys were seventh-graders, including our quarterback, so that’s really helped us this year and these kids not really having a transition to our offense,” Collins said. “Our biggest contributor is obviously Talon Cosner, and he’s done a fabulous job running the offense for us. We have a seventh-grader in Marquise Ramsey, who’s come on for us this year and has done a heck of a job. The kid scored four touchdowns in two games, so he’s definitely getting the job done for us.”

Kelch is one of the team leaders this season and will see time as a receiver, running back and defensive back.

“We did pretty good in that first game against CAK, but we could’ve done better because we had some blown coverages and everything,” Kelch said. “I think we can make it to the playoffs because we have a really good team this year. I expect us just to do us because we’re usually pretty decent.”

The offensive and defensive lines will be led by eighth-grader Isiah Pierce, who Collins said is very versatile and can play multiple positions in the trenches. Eighth-grader Jakib Blevins will be the starting center.

Collins is confident in the linebackers and secondary with many of the same skill position players competing both ways.

“As far as our defensive backfield, it’s pretty much all of our receivers that I’ve named like Wiley, Nolan, Marquise and Issac Kelch rounds out our backside corner, and they do a great job for us,” Collins said. “With them, I’m able to mix up the coverages between zones and man-to-mans whereas typically I had to sit in a zone. Getting guys back, it helps and it can make us more competitive on the defensive side. As far as linebackers, Julius Bowman is one that’s come back for me from last year and then Dakota Russell, who runs our middle linebacker, he’s back. Just having those guys with that experience is just a big plus for us.”