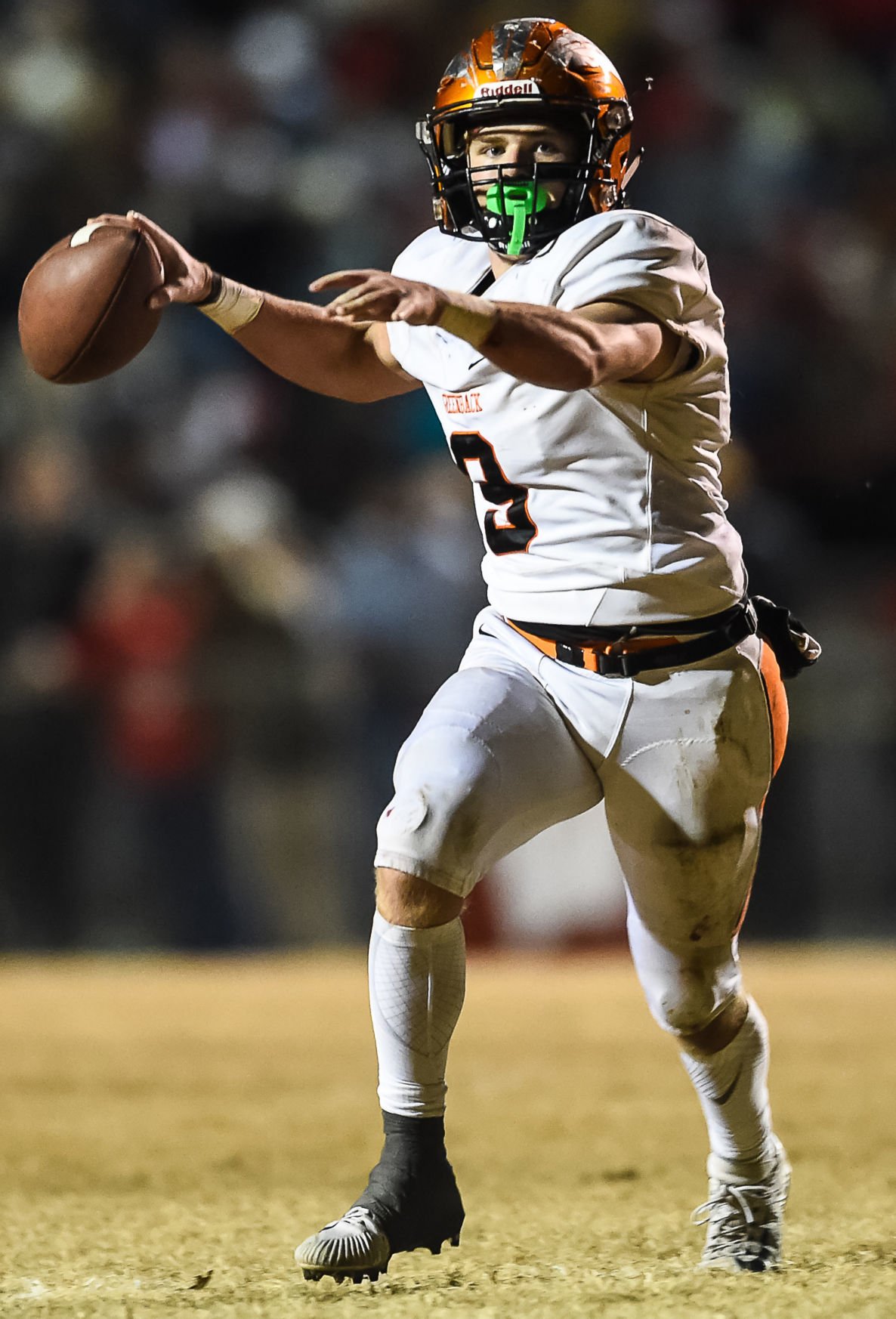 Former Greenback School quarterback Bryce Hanley led the Cherokees to the 2017 Class 1A state championship, was selected as a 2018 Tennessee Titans Mr. Football Award winner and was a two-time All-State selection. 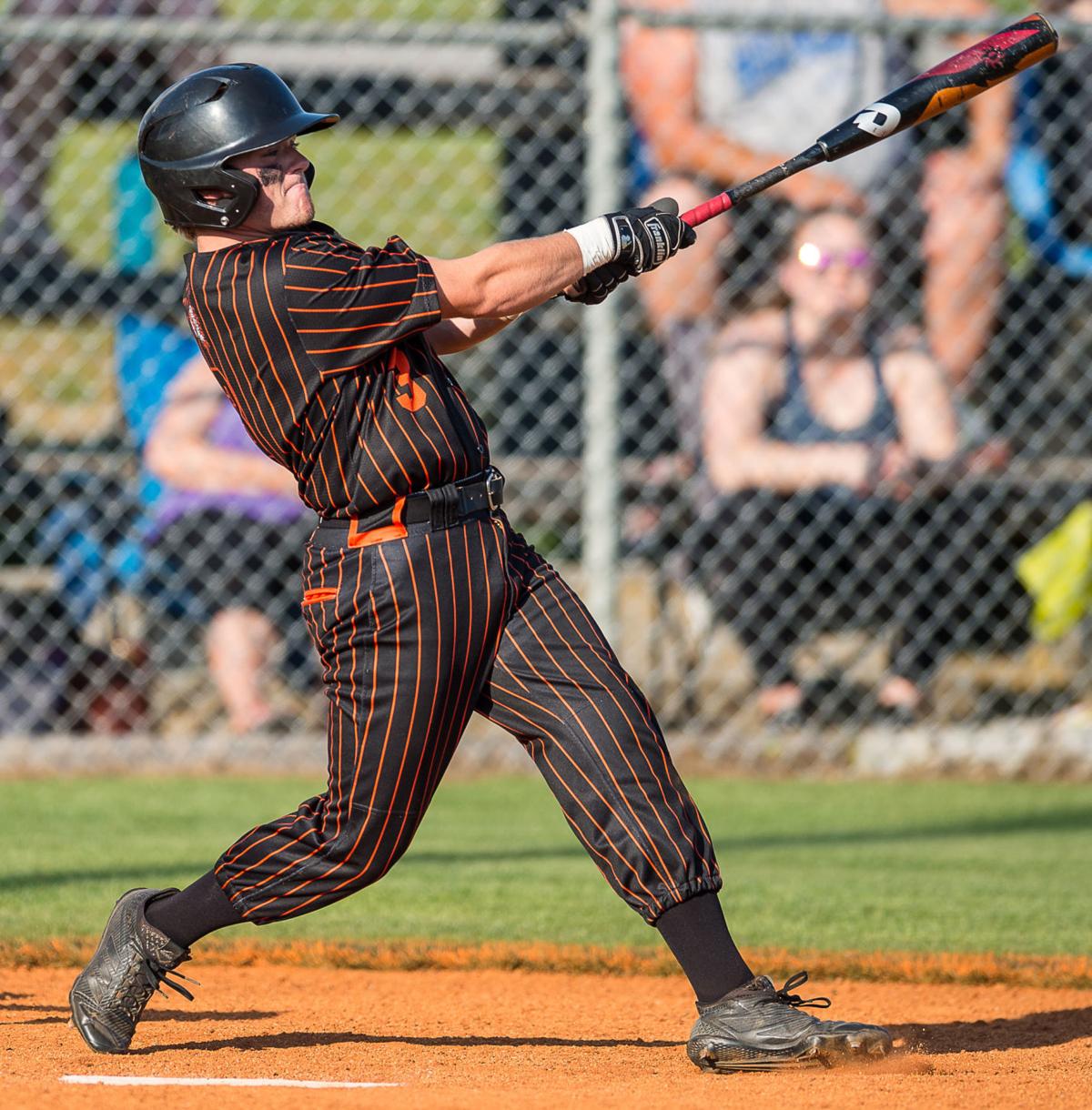 Former Greenback School star Bryce Hanley was a two-time All-State baseball player, All-County Player of the Year, Region 2-1A Most Valuable Player and helped the Cherokees clinch their first state championship in 2019.

Former Greenback School quarterback Bryce Hanley led the Cherokees to the 2017 Class 1A state championship, was selected as a 2018 Tennessee Titans Mr. Football Award winner and was a two-time All-State selection.

Former Greenback School star Bryce Hanley was a two-time All-State baseball player, All-County Player of the Year, Region 2-1A Most Valuable Player and helped the Cherokees clinch their first state championship in 2019.

Numerous athletes have left a mark at Greenback School, but one former Cherokee’s legacy may never be replicated.

Bryce Hanley, a 2019 graduate, will go down as one of the most talented multi-sport athletes in school history after clinching state championships in football and baseball.

“Bryce is one of those athletes that you can see is going to be a really good athlete and be even better as a young kid,” Greg Ryan, Greenback head football coach, said. “I think his legacy is his picture is always going to be in the gym and he’s always going to have his Mr. Football trophy, but I think the relationships that he’s made and the respect that he’s gotten, not only from the kids that he played with, but the coaching staff that he played for and the entire community. It says a lot for Bryce.”

Bryce is a third-generation athlete at Greenback. His father, Brian, serves as the defensive coordinator and played an integral part in helping the Cherokees win their first state championship in 1987.

His older brother, Tanner, a 2015 graduate, was an All-Region and All-County caliber player that helped lay the foundation for the Cherokees’ unprecedented run the last four years.

“He comes from a super good family, I mean, I’ve known his dad for 100 years,” Ryan said. “We went to school together, but we’ve coached together now for five years. I really think a lot about the whole family. As far as what Bryce means to Greenback, I mean, he set a lot of school records. He’s a state championship winning quarterback. He got every award that you can possibly get in high school football in the state of Tennessee.”

Bryce was never the biggest or most intimidating player on the field, but his talent and work ethic were obvious.

Anytime he stepped on the field for competition, teammates, coaches and fans knew what to expect. Opponents didn’t.

“You don’t have to have all the size and everything and I tried to do the best I could, but everything I did was because of how competitive I was, and really, how competitive the community of Greenback was,” Hanley said. “It was how competitive the coaching staff and team was, and I just kind of did my part and help the team in any way that was possible. Our goal was to go out and win championships, and I had to do stuff every day to help support that cause.”

Heading into the 2017 football season, Hanley was thrust into the starting quarterback role following the graduation of talented All-Region 2-1A quarterback Hunter Willis.

Hanley received valuable playing time his first two years at linebacker but only saw a handful of snaps as backup quarterback leading into his junior season.

“I loved being able to take over the team and being able to play on both sides of the ball,” he said. “I was able to play my freshman and sophomore year on the defensive side, but I loved the fact that I was going to be the quarterback and help contribute that way, too. Just being able to take on the team and stuff and play quarterback, that wasn’t a lot of pressure even though we did go to two state championships before that. To be honest, my whole life has just been about going out, competing and winning every game.”

Ryan knew Hanley had the talent to continue the Cherokees’ dominant offensive attack.

“He had played a lot of quarterback at the youth league, but the football’s smaller so the biggest issue we had, if we had any issue at all his freshman year, was the fact that his hand was a little small,” Ryan said. “Well to be honest with you, his hand never grew a whole lot so when he was thrust into the starting role, which we were all excited about and knew that he had been through the system. If he feels like he has any weakness, he’s really going to concentrate to make sure that weakness becomes a strength. Anytime you’ve got a guy that does that, then you’ve got a guy that’s special.”

After falling short of straight Class 1A state championships in 2015 and 2016, Hanley was committed to help the Cherokees finally get over the hill in 2017.

He finished the season with 2,314 passing yards and 22 touchdowns, while also amassing 490 rushing yards and seven touchdowns. The Cherokees averaged 43 points per game and beat down Cornersville High School 42-21 to win the program’s second state title.

Hanley was also a force on defense at starting middle linebacker after totaling 157 tackles, four sacks and three interceptions, and two returned for touchdowns. He was named the Defensive Player of the Game in the state championship game and was tabbed to the Tennessee Sports Writers Association Class 1A All-State first team.

“It helped me grow a lot as a quarterback and, honestly, with Coach Ryan, him helping me was the biggest reason why I had so much success at quarterback,” Hanley said. “I think that as a team, we felt doubt going into my junior season because we did lose so much. We lost, I think, three or four Division 1 guys, so not a lot of people gave us any respect. We went in the offseason and in the summer, and we just really wanted to show people that we were still really good. Growing up, all the teams I’ve ever been, that’s all we’ve ever done is win. We didn’t really know what it was like being an underdog.”

The Cherokees fell short of repeating as state champs in 2018, but Hanley still recorded a breakout season that yielded 2,578 passing yards, 597 rushing yards and 39 total touchdowns.

“I felt like I got so much better from junior to senior year as a quarterback from just knowing the system and just knowing our offense and how good our offense was against a defense,” he said. “I felt like I was so much better at all of that, but we also had to kind of lean on the throwing game. We did fall short, but I still think we were probably better my senior year than we were my junior year.”

He earned All-State honors again, was named the Region 2-1A and All-County Player of the Year and won the program’s second Tennessee Titans Mr. Football Award.

“That’s something that I’ll always be able to have, and nobody will really be able to take that away no matter what anybody says about who they think the best player or the best quarterback to come through Greenback is — I’ll always have that,” Hanley said. “That’s really special to me, and we still have it hanging up in the house and everything. It’s just a cool monument that we can look at every day, and I can remind myself of everything I did finally paid off.”

While Hanley was a highly successful quarterback, he was arguably an even better baseball player. He was named to the TSWA Baseball All-State first team during his final two seasons and helped the Cherokees win their first state title in baseball in 2019.

While football accolades tend to come first in the minds of many around Greenback, baseball has always been Hanley’s favorite sport.

“I just always felt like I had a future in baseball a lot more than football, and, obviously, my physical traits aren’t built for playing football at the next level and I always knew that growing up,” he said. “Playing baseball, I just knew I had a future in it and I just had to go out and work hard every day to fulfill that.”

In his final two seasons on the diamond, Hanley totaled 80 strikeouts, 136 runs, 85 RBIs and seven home runs. In addition to being a two-time All-State baseball player, Hanley was also named the Region 1-1A and District 2-1A Most Valuable Player and All-County Player of the Year last season.

He signed to play baseball at Carson-Newman University following graduation last year and found immediate success as a freshman. Hanley appeared in 14 games for the Eagles this season and scored three runs on seven hits. He posted a .389 batting average and a .500 on-base percentage in South Atlantic Conference play.

Hanley has the potential to make a larger impact at CNU over the next three years.

“We have some standards that we go by, and we obviously want to get better as baseball players, but they really want us to get better as a person,” he said. “The type of baseball program that we are, it’s a really difficult program. Not a lot of people can make it through and stick with Carson-Newman baseball, and I think that’s what’s going to make it so special at the end of it all. A lot of people can take the way we train and stuff, and I believe that we’re a lot different than a lot of colleges. I think it’s going to be really special to continue playing and say that I was able to stick with it.”