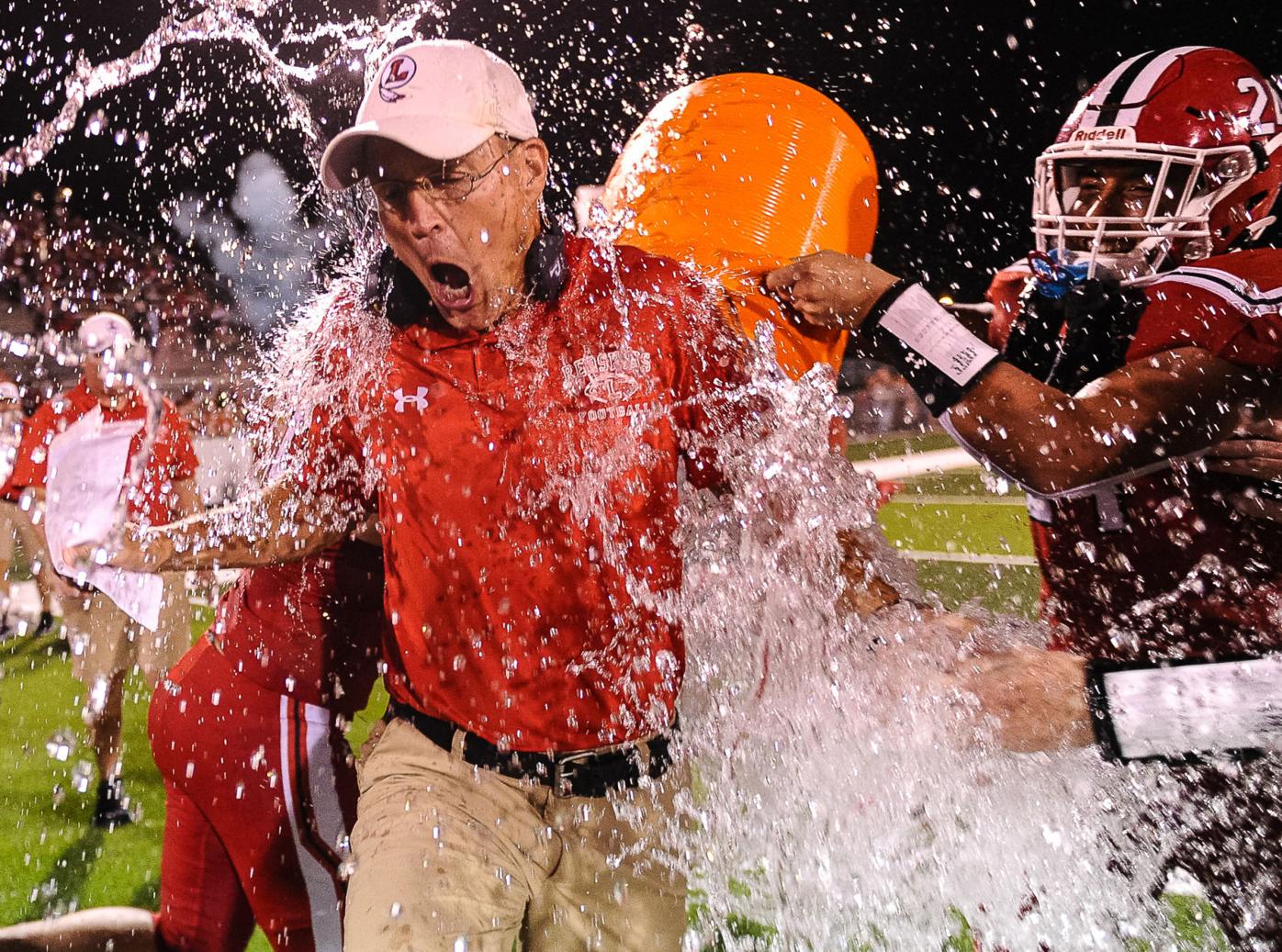 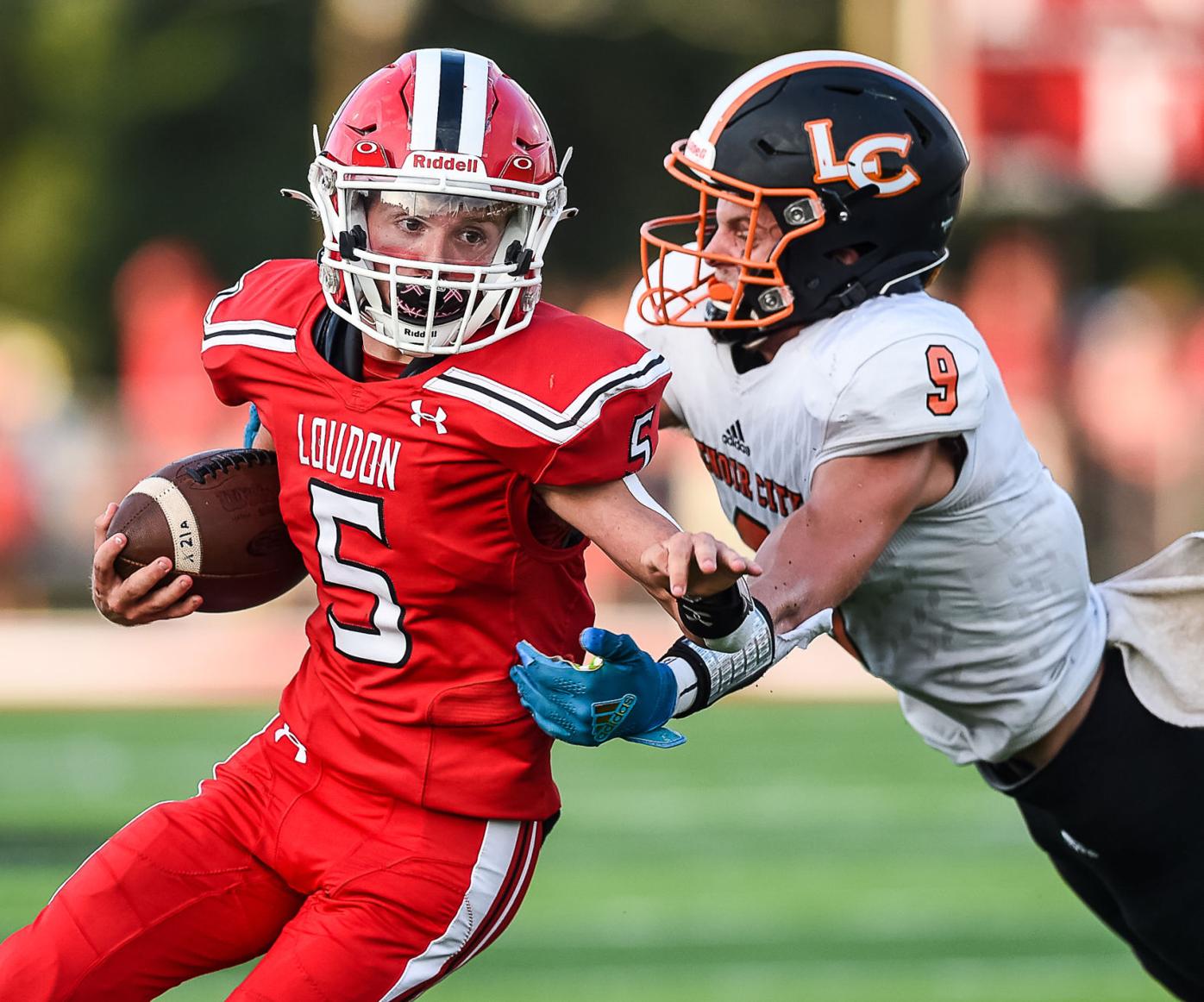 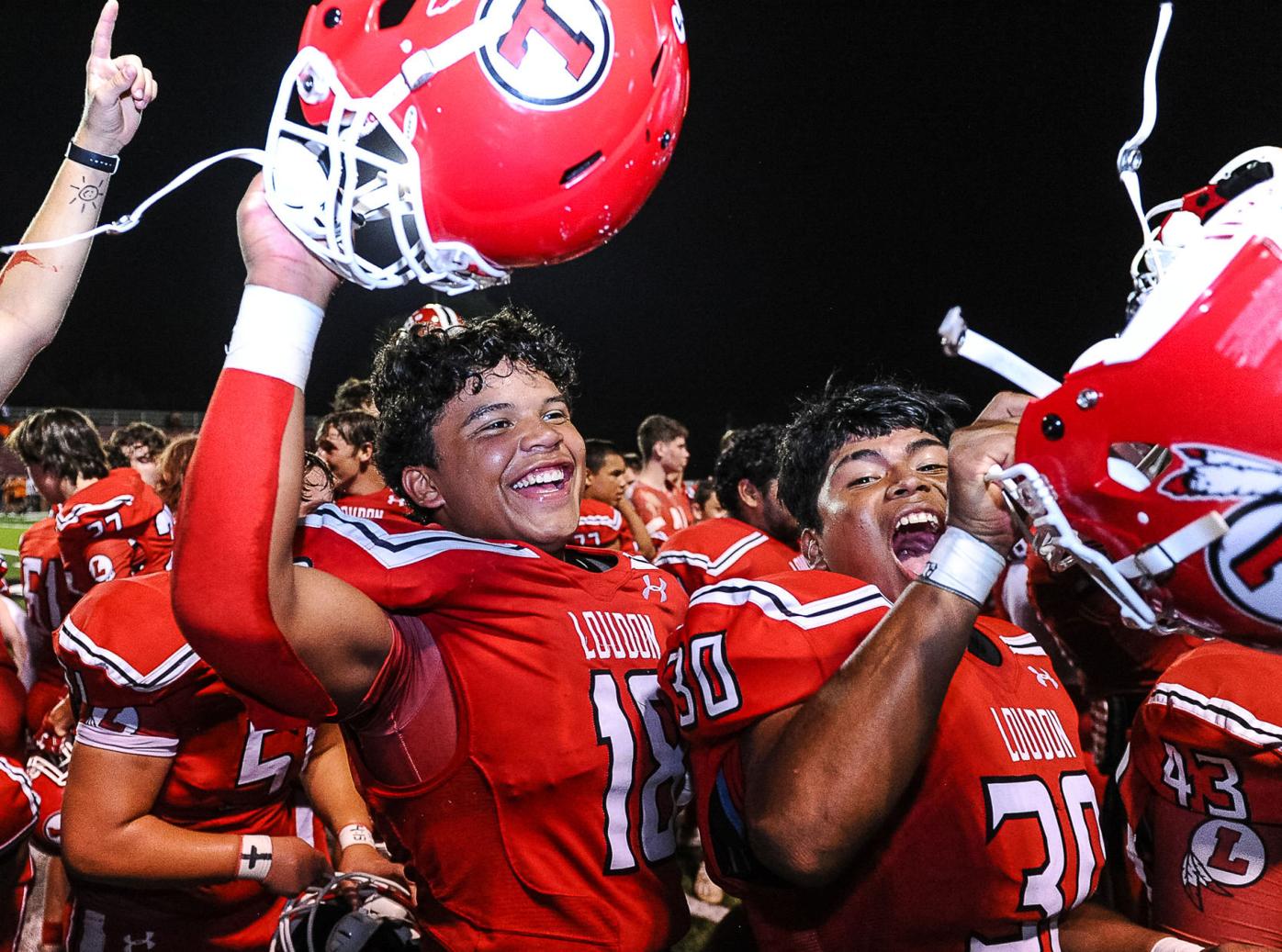 The Lenoir City High School Panthers entered Friday night with revenge on the mind, but the Loudon High School Redskins played spoiler for a third year in a row following a 43-7 victory at home in the 95th annual Battle of the Bridge rivalry game.

The Redskins set the tone early with a seven-minute offensive series that was capped off with senior quarterback Keaton Harig’s first of five passing touchdowns and a successful two-point conversion to push Loudon out to an 8-0 lead in the first quarter.

A few moments later, Keaton made the play of the game when he intercepted a tipped ball and ran 70 yards to extend the lead to 15-0 with just under four minutes left in the quarter.

“I thought we stepped up big in the first half early, made some big plays and got control of the game,” Jeff Harig, LHS head football coach, said. “We had a seven-minute drive to score that first one. They were having some success there and for him to take that one down and make it 15-0, I thought it really gave us the momentum that carried us through the rest of the half.”

Keaton’s mind raced once he grabbed the interception. He said he knew he had to make the play.

“All that was going through my mind was, ‘Go score’,” Keaton said. “I caught it, it was a tipped ball so I was just like, ‘OK, catch it first,’ and then I just see a hole part and then I just took off.”

The Redskins capitalized again on the next offensive series to start the second quarter when Keaton connected with junior receiver Semy Turner for a 73-yard touchdown to make it 22-0.

Loudon managed to add a fourth touchdown just before halftime when Keaton tossed a short back corner fade in the end zone to senior tight end Josh Gonzalez to give the Redskins a 29-0 lead.

“We have to make a fourth-down play on defense — there’s the first mess up,” Jeff Cortez, LCHS head football coach, said. “We’ve got an opportunity to make it a six-point game and we can’t tackle (Keaton) and then we get someone running the wrong route, tip drill and it goes for a pick six and the next thing you know it’s 15-0. The team that has had a good summer, that had a good game one just is on its heels. We’re still not mentally strong enough to bounce back right away, and then we just continued in the first half to shoot ourselves in the foot. Loudon did a great job with their empty formations.”

Loudon picked up right where it left off in the second half when Keaton delivered his fourth touchdown pass of the night to Hayden Brown for 39 yards to make it 36-0.

The Panthers eventually responded two offensive series later when junior running back Chris McCord powered his way into the end zone from 19 yards out to cut the lead to 36-7.

However, the Redskins answered immediately with a 69-yard touchdown pass from Keaton to senior receiver Kaden Dockins.

Keaton finished the night with a second consecutive impressive performance, going 14-for-22 for 278 yards and five touchdowns through the air. He credited the offensive line for holding up against the Panthers’ stingy front seven.

“My stats have been OK, but I threw two picks the first game so those have got to get down,” Keaton said. “I’ve got to do a better job with that, but it really just keys around the O-line because we’ll go as far as they want us to, and they did a pretty good job. They’ve done a pretty good job so far and once they started getting into the groove of things, we started doing pretty good.”