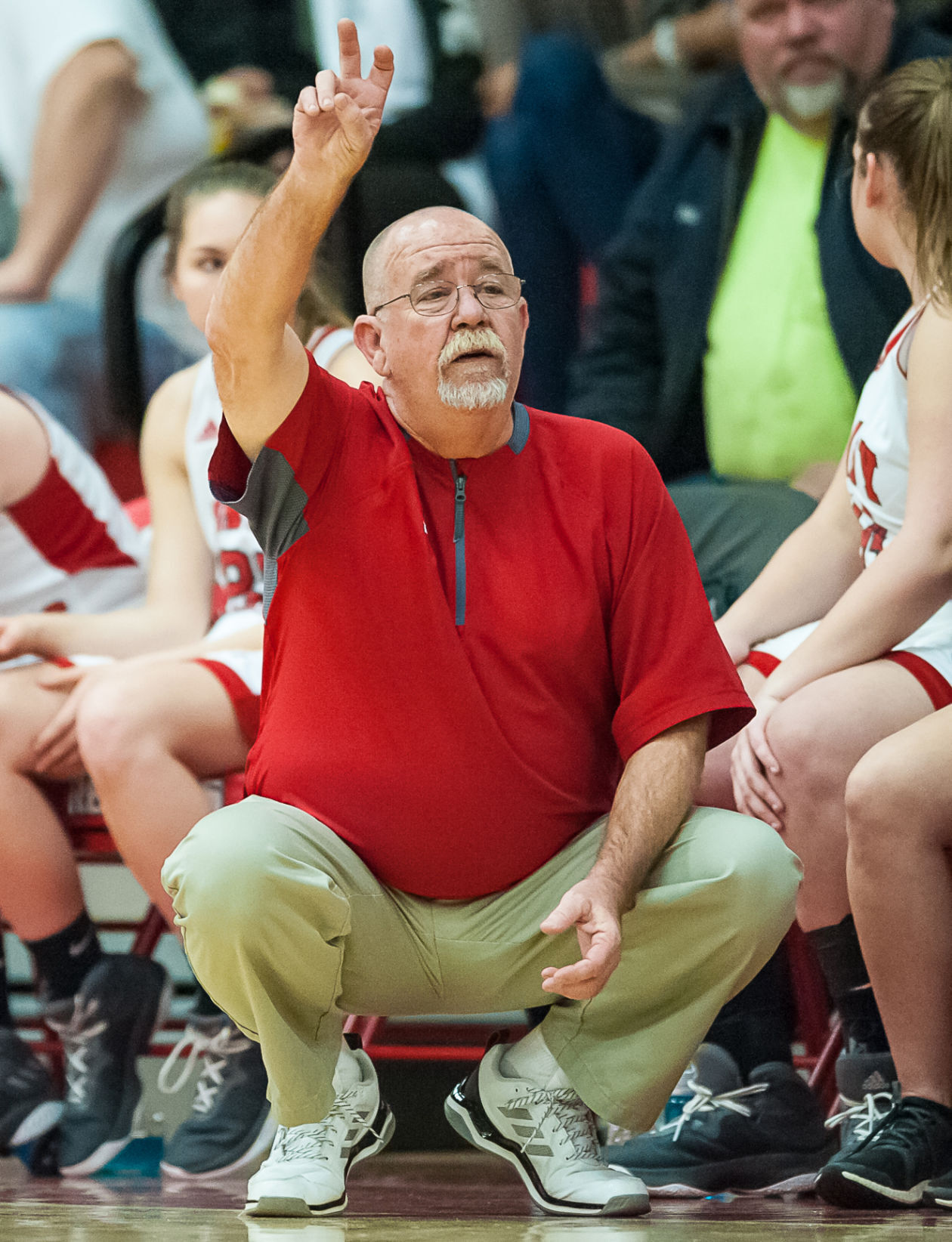 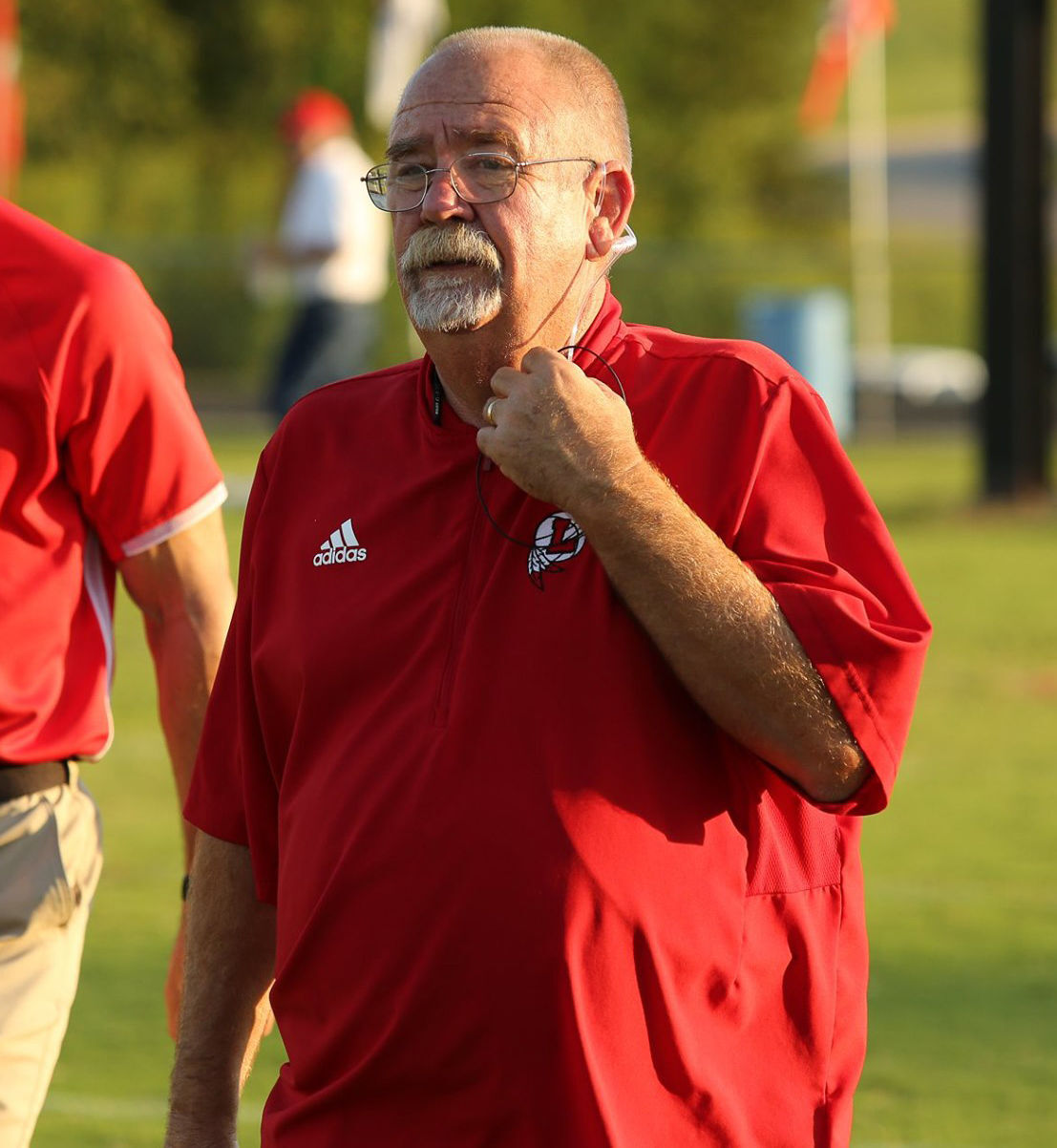 Family, friends, former players and coaches across East Tennessee are mourning the loss of a well-respected Loudon coach and dear friend.

He graduated from LHS in 1975 and was a member of the 1974 Class 2A state championship football team.

“I knew Ronnie when I first moved here in 1994, and we instantly connected,” Harig said. “He kind of pointed me to the Southern way, but, more importantly, he was Loudon through and through. Growing up in this community, played for this program, go to college and now working in the school and being a football coach, he was Loudon through and through. He was kind of the first one to take me under his wing as a professional and as a coach. He showed me the way, showed me the Loudon way and we were friends ever since.”

Scott MacKintosh, LHS principal, coached football at LHS alongside Roberts in the late 1990s and is grateful for the the role Roberts played in his life.

“Ronnie was a father figure to me at that point as I was a young teacher, a young coach not really knowing which end was up at that point,” MacKintosh said. “He kind of served as a mentor both in my profession and in life. Ronnie kind of progressed to a very, very close friend of mine. In fact, I would probably call him one of my three best friends in the world. Ronnie served in many areas of my life, but the biggest thing he served as is one of my brothers. This is a tough day for me and, obviously, for several in Loudon County.”

Roberts accumulated 256 career basketball wins at Philadelphia Elementary School from 1990-2008 before taking over as the LHS head girls basketball coach in 2013, where he led the Lady Redskins to three region semifinals and a state sectional appearance in 2014.

He also served as the Redskins’ offensive coordinator and assistant head coach from 1994-2011 before stepping into the athletic director position in 2012. He retired from coaching following the 2017-18 season to solely take on responsibility as AD.

In addition, Roberts was the 2001 AFLAC National Assistant Coach of the Year for football and served as offensive coordinator of the Tennessee All-Stars in 1999.

Coaches around the greater Knoxville area shared posts and messages on social media Monday in honor of Roberts.

“I have tons of respect for Coach Roberts and his impact at Loudon,” Rusty Bradley, former Grace Christian Academy and Christian Academy of Knoxville football coach, said. “Great man. Prayers for his family and the Loudon community.”

“Coach Roberts was a very good man that truly care and invested in his community and his school,” Josh Brannon, Lenoir City High School boys head basketball coach and former LHS girls basketball coach, added. “He will be missed. Praying for the family and the Redskin community.”

“Ronnie was Loudon to his core,” Jody Wright, Fulton High School head boys basketball coach, said. “He loved the school and the community fiercely. He would always go the extra mile to promote and support Loudon High School. He was respected and loved by many of us in East Tennessee. We have lost a great leader, coach and friend.”

As athletic director, Roberts played an important role in revamping the LHS sports department over the last eight years. During his tenure, multiple teams or individual athletes have won district championships, region championships and qualified for state tournaments.

“To me, being athletic director is where he thrived the most,” Harig said. “He was a great offensive coordinator and offensive coach, but his love for Loudon and Loudon sports and his ability is, ultimately, what separated him apart. He did an outstanding job moving everything forward, helping us coaches move our programs forward and really went above and beyond as an athletic director and wanted to be a part of the program.”

Roberts was known for giving young, up-and-coming coaches a chance in the profession. He hired Josh Graves in 2018 to serve as the boys basketball coach.

Graves has since turned the program around, accumulating a combined 48-18 record and two consecutive Class 3A quarterfinal appearances.

“We have lost one great man today,” Graves said. “I will never forget how he helped me through one of the toughest times in my career, the countless hours he put in for Loudon kids and all the times he took care of me as a coach at LHS.”

A memorial service to honor and remember Roberts will be held 11 a.m. Jan. 16 in the LHS gymnasium with the Rev. Brian Courtney officiating. Contributions in memory of Roberts may be made to LHS Athletics, 1039 Mulberry Street, Loudon, TN 3774 or to the Susan G. Koman Foundation, 13770 Noel Road, Suite 801889, Dallas, TX 75380 or to www.koman.org. Friends may visit the funeral home 1-7 p.m. Jan. 14 to view and sign the register book. Masks must be worn for those in attendance for the service at the high school.

MacKintosh hopes to honor Roberts and his family during a basketball game later this season if COVID-19 restrictions are relaxed in the near future.

“He was also very passionate about winning, about kids growing, about kids getting better with whatever they were doing on the football field or the court,” MacKintosh said. “He was a great help to me as a principal ... and I would bounce ideas off of him if I had kid things, relationship things — he was good with that. He built so many relationships around here that I’d say we’ll soon be finding out how impactful he was on people’s lives around here.”