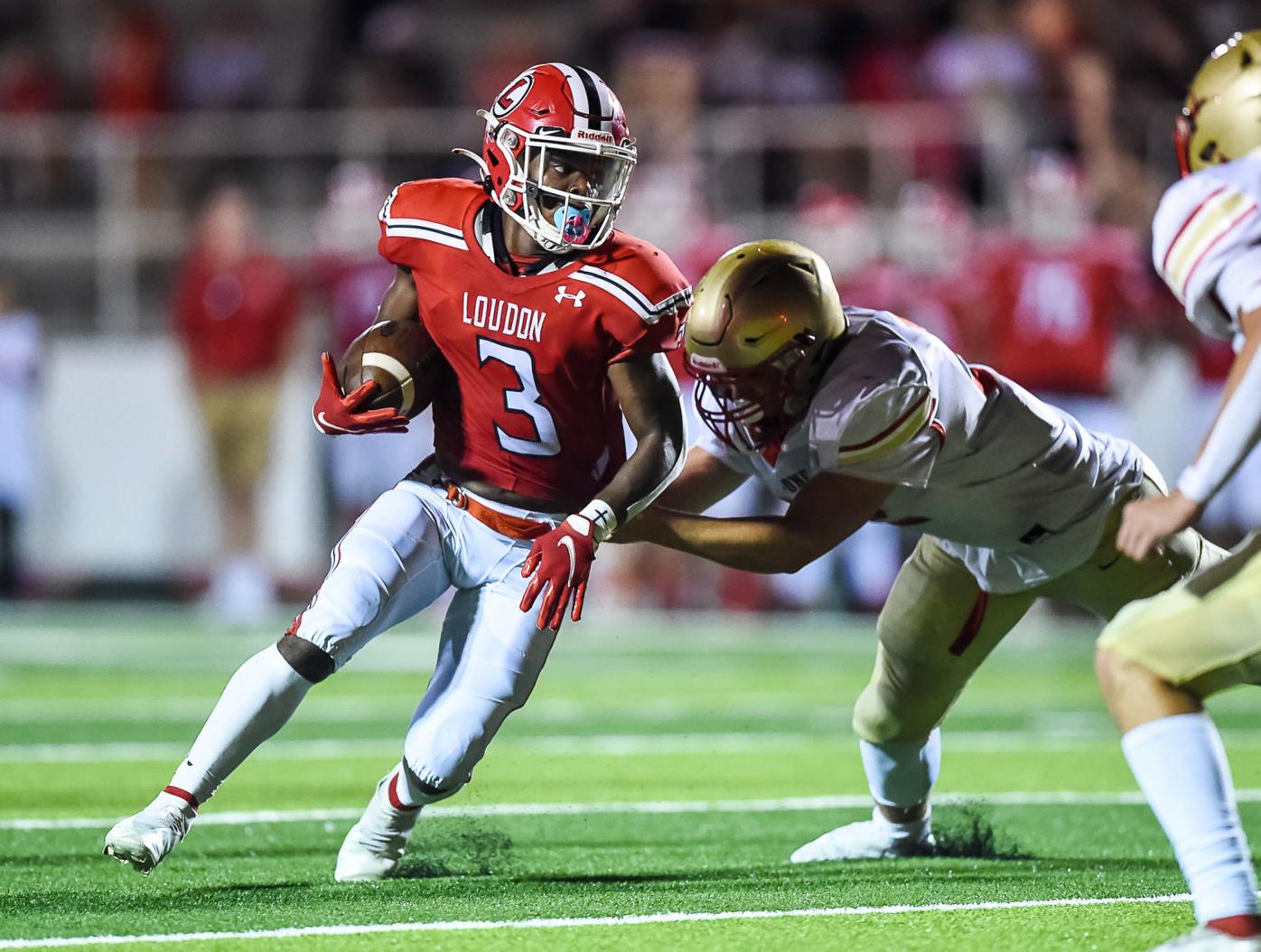 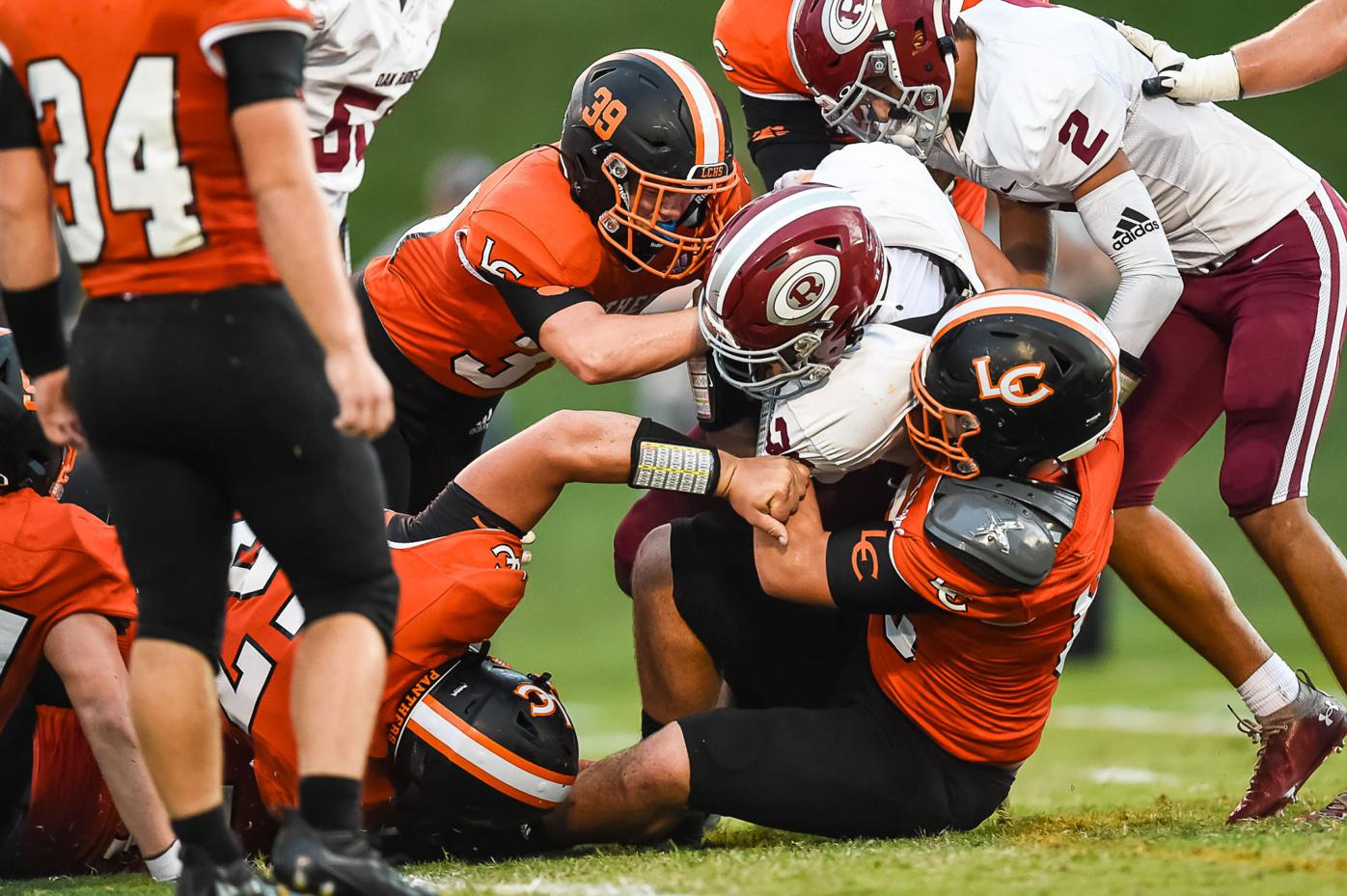 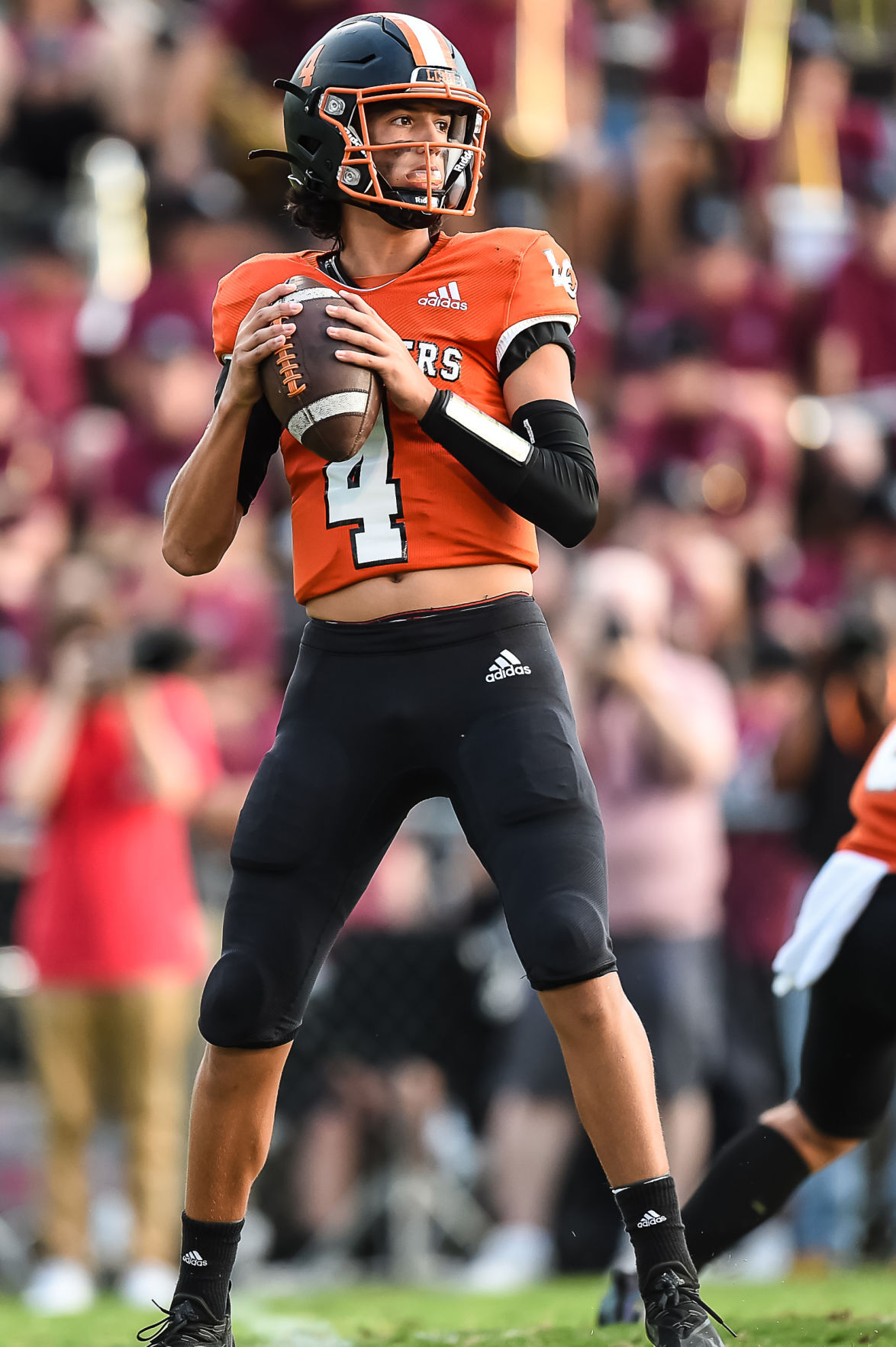 Lenoir City High School’s Brett Cortez drops back for a pass Friday during the game against Oak Ridge High School.

Lenoir City High School’s Brett Cortez drops back for a pass Friday during the game against Oak Ridge High School.

With region wins under their belts, Loudon and Greenback will look to carry momentum into Friday, while Lenoir City hopes to get back in the win column against an out-of-state opponent.

Panthers get a game

Lenoir City was scheduled to have a bye week, but since the Panthers canceled their third-week game due to illness, the team was able to schedule a game Friday and still have a 10-game regular season, Jeff Cortez, Lenoir City High School head football coach, said.

The scheduling of the Lenoir City-Robbinsville game had some randomness.

Cortez said an assistant coach from Robbinsville has family that lives in the area and they saw an article that the Panthers still needed a game to play Friday. They told the coach, who obtained Cortez’s number, and the teams were able to connect.

“We’re back on schedule, so to speak,” Cortez said.

Without the game, the Panthers would have had a nine-game season.

He said the Robbinsville High Black Knights finished 9-1 last season and lost in the first round of the playoffs. They have only played two games this year Aug. 20 and Aug. 27 “unfortunately since they’ve been shut down,” Cortez said.

“They are a 1A power in North Carolina,” he said.

Robbinsville won a state title in 2019 and has won many state championships in their team’s history.

They’re big and strong and fit the bill of a 1A power: well-coached athletes who play hard with a large offensive and defensive line, Cortez said.

“This is a really good high school football team,” he said.

The Panthers have a game plan created over the weekend and will spend through Thursday getting ready. Lenoir City players have to know responsibilities and assignments, Cortez said.

Lessons from the 36-0 region shutout loss Friday against Oak Ridge at home include protecting the football and not giving it away, Cortez said. LCHS had three major mistakes against the Wildcats (2-3, 2-0 Region 3-5A) and every mistake cost seven points.

“We can’t afford to do that again,” he said.

On Friday, the Panthers will have to outwork the Black Knights.

“We’ll see how this works out, not just now, but in the future,” Cortez said.

Signal Mountain’s defense focused on Loudon’s ability to throw and the Eagles dropped back eight defensive players to stop Loudon from passing, Jeff said. Keaton was able to run and throw short and medium passes.

“Offensively, we were pretty much able to have our way with them,” Jeff said.

Keaton did get some pass protection to stretch the field and manage big plays.

Jeff felt like his team’s defense could have performed better, but he was still pleased with limiting Signal Mountain to only 17 points.

The Redskins were up 21-7 after the first quarter and led 33-10 at halftime. Loudon blocked a punt with 27 seconds left in the half, Jeff said. On the next play, senior wide receiver Kaden Dockins caught a 23-yard touchdown pass to put the game out of reach at halftime. Loudon was able to play a lot of players, rotating in 30 players on defense.

Loudon gave up a touchdown in the fourth quarter but answered with one of its own.

Against Greenback (2-2, 2-0 Region 2-1A) on Friday, Jeff believes Loudon must play a clean game, avoid penalties and execute well to secure the victory against an in-county opponent.

“We are still searching for a clean game,” he said.

Greenback can’t afford turnoversThe Cherokees picked up a second region win Friday in a 20-14 overtime victory at home against Oliver Springs (0-3, 0-1 Region 2-1A).

The Cherokees had a few penalties in the first few games, but last week totaled 115 yards in penalties.

“It was not typical of these kids to get that many penalties,” Edmiston said. “It was a physical game.”

Sophomore wide receiver Caden Lawson stepped in at quarterback after senior Micah Franklin had a stomach bug at the end of the school day.

“I was impressed with him stepping in and playing quarterback without much practice,” Edmiston.

Greenback won the coin toss to start overtime and elected to play defense first. Oliver Springs fumbled on the first play and the Cherokees recovered. On the first play, Greenback gave the ball to sophomore running back Cason Workman, who ran it in for an overtime touchdown.

A highlight of the game for Edmiston was the opening drive for Greenback. The Cherokees were backed up on their own 2-yard line and drove 98 yards in 15 plays to score a touchdown.

“That was big to come out of being backed up in your own end zone,” Edmiston said.

Preparing to host Loudon on Friday, Edmiston said the 5-0 Redskins are good with a potent offense and solid defense.

Loudon likes to throw the ball, and Keaton Harig is also a good runner, Edmiston said. The Redskins have good wide receivers and can spread the ball out.

“They’re capable of hitting you with a big play at any time,” he said.

Greenback must not have penalties and avoid turning over the ball to have a shot to win, he said. Two turnovers in the second half of the Oliver Springs game definitely hurt the Cherokees, Edmiston said.

“We can’t afford to do that against Loudon on Friday,” he said.

Edmiston said he expects Franklin to be back at quarterback.