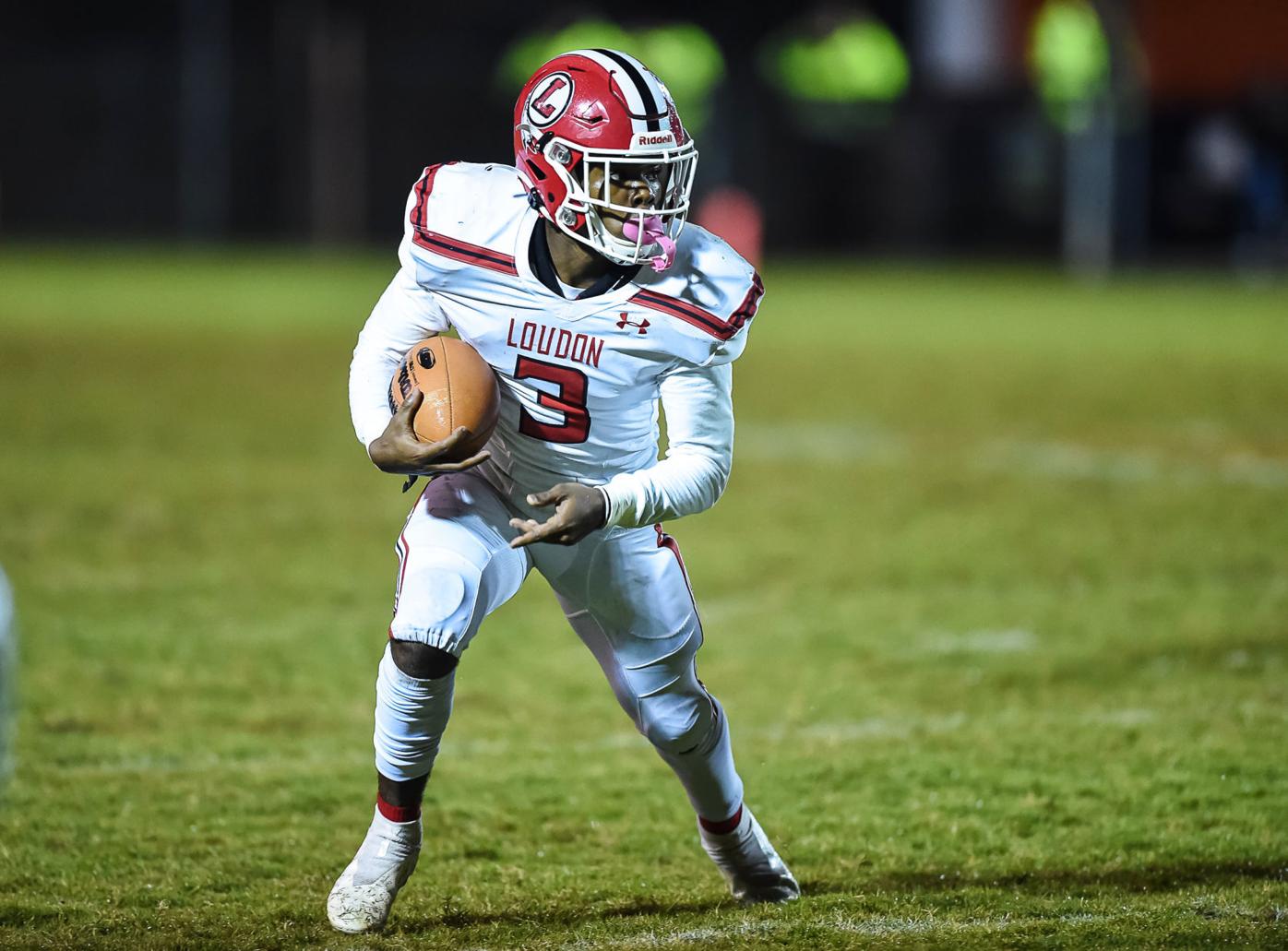 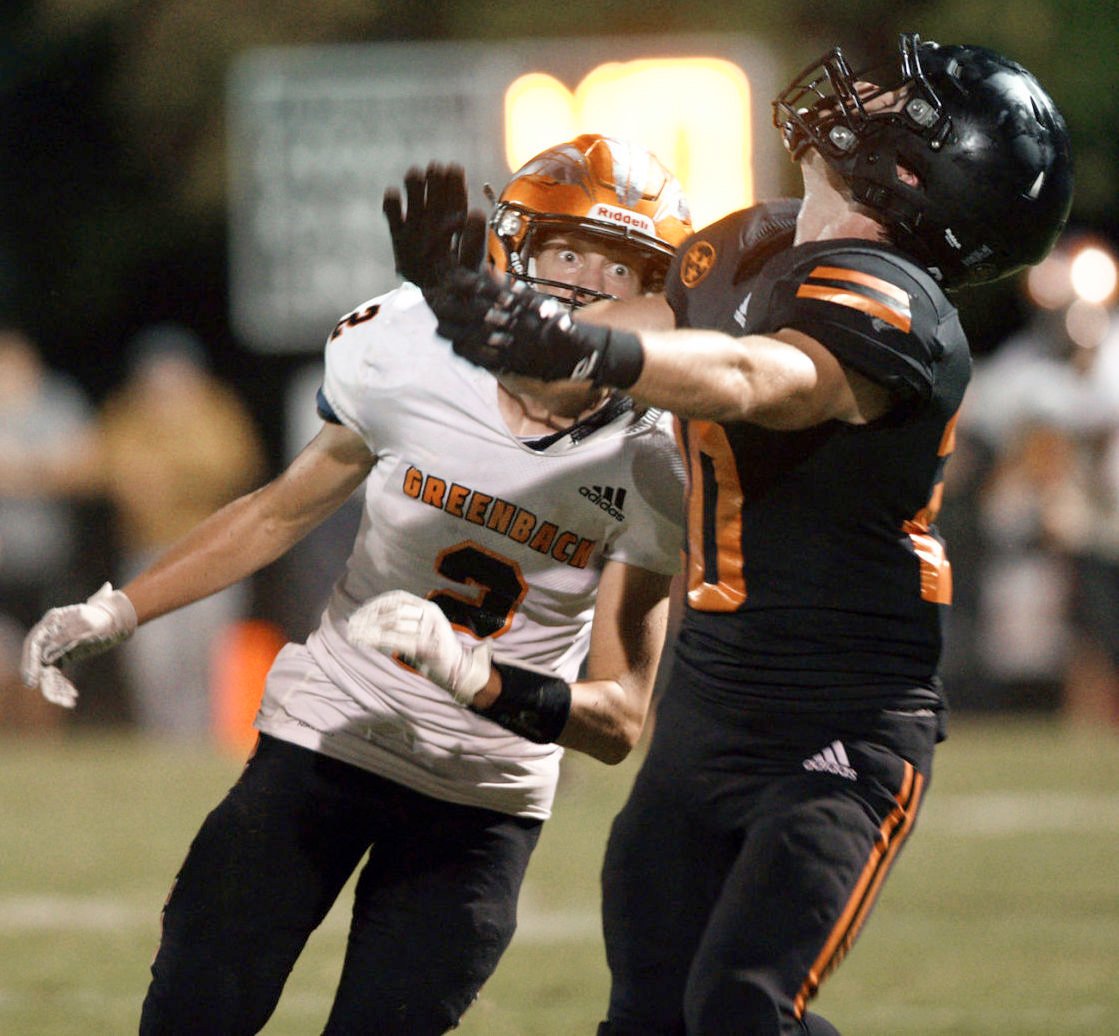 Greenback’s Connor James tries to get into position to break up an interception Oct. 8 against Coalfield.

Greenback’s Connor James tries to get into position to break up an interception Oct. 8 against Coalfield.

With the regular season over, Loudon and Greenback high schools enter the football playoffs this Friday.

Despite contrasting seasons, the two schools share the same dream of making a mark.

The Redskins go into their Friday matchup as heavy favorites, having just won the region championship with a perfect 5-0 record. The Redskins clinched a No. 1 seed and home field advantage in their game against Grundy County High School.

With no losses so far at home, Loudon will be confident it can get the job done, Jeff Harig, LHS head football coach, said.

“With our new turf field out there, the fact that we don’t have to play on grass for the rest of the year, for me, is an advantage,” Harig said. “But it’s also we don’t have to get back on a bus, and we are comfortable playing at home. I think it will be a huge advantage for us.”

Despite the disparity, Harig cautioned his team against overconfidence.

“That’s gonna be a tough thing,” Harig said. “For me, that starts today out here on the practice field. You have to kind of look for the signs as a coach, so we’ll do that battle every day this week to make sure we’re ready to play on Friday.”

A key aspect of the game, according to Harig, will be playing physical. He said he believed his team to be the more athletic of the two and that he hoped to take advantage of that greater speed of play. But to be able to do that, players must keep focus.

“I think, first of all, when you play playoff football, it’s about control,” Harig said. “I think Friday we did a good job of not beating ourselves with penalties, and those things come back to discipline. I think one of the intangibles will be the discipline.”

The game will be played at 7 p.m. Friday at LHS. The winner will move on to the second round, where they will face either Cannon County or Signal Mountain high schools. And while Harig said the team is looking far ahead, they are also taking things one step at a time.

“In East Tennessee, the playoffs always run through Alcoa, and that happens in the semi-final round, so that’s kind of our third goal of the year, to play Alcoa on Thanksgiving weekend,” Harig said. “And that takes three wins, and you can’t win the third game before you win the first game. So, for us, doing the things in the moment you’re in is most important.”

In contrast to Loudon, Greenback will go into the playoffs as one of the lowest-seeded teams.

The Cherokees went 3-6 in the season and 3-3 in District 1A-2, earning a No. 4 seed. As a result, they are forced to travel to high-flying Cloudland High School for their first-round game. The Highlanders come into the playoffs with a perfect 4-0 record in District 1A-1 and 9-1 overall.

“Being a No. 4 seed, you’re definitely an underdog, but we believe our region was pretty tough this year,” Edmiston said. “So what seed you are doesn’t really matter, it matters how you play and if you can get a win. We told our kids this week, playoffs is a new season. Your records don’t matter at that point, you just got to win each week and move on.”

Greenback will need to turn their form around if they are to have any hope of progressing to the second round. The Cherokees sit on two consecutive defeats, though both by two points or less.

While he acknowledged there were areas to fix, Edmiston said the narrow margins of defeat show good signs.

“The positive thing is that the kids played hard all the way to the end and we had a chance to win both games,” he said. “Unfortunately, we didn’t, so we got a lot of areas that we got to improve if we want to get a win on Friday. But the kids, they’re a really hard playing group of guys. I’m really proud of them, how they compete for four quarters.”

Edmiston said Greenback must avoid penalties and having a more effective running game. Defensively, he said the Cherokees were wary of Cloudland’s run game, as one of their running backs has nearly 2,000 yards.

The challenge is real, but Edmiston said he has faith in his team.

“They are a solid team, but our kids are excited to be in the playoffs and they’re focused this week, having a good week of practice,” he said. “So I expect them to be ready to play on Friday.”

Greenback will play at 7 p.m. Friday at CHS. The winner will face either Oakdale or Jellico high schools in the second round.