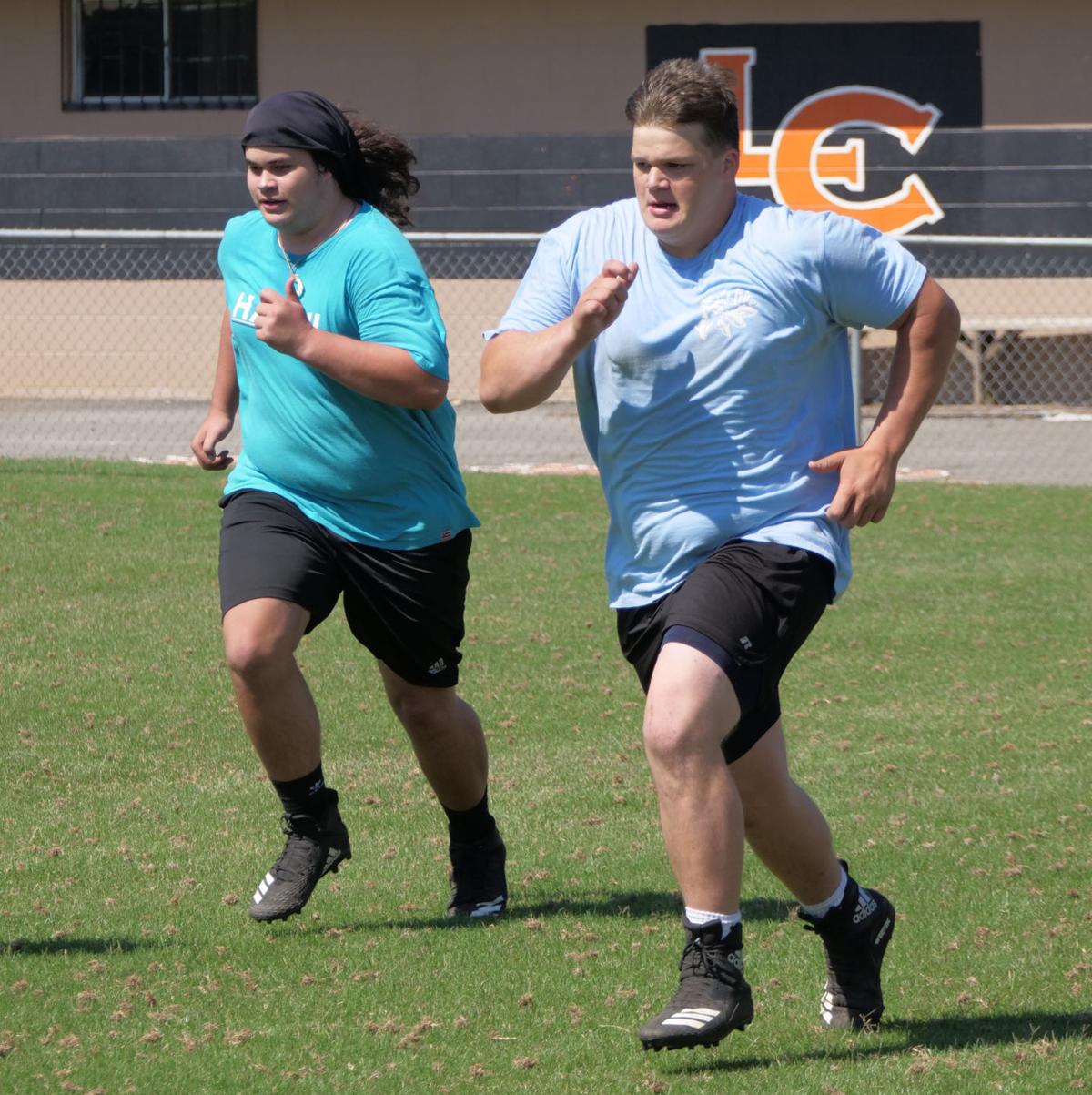 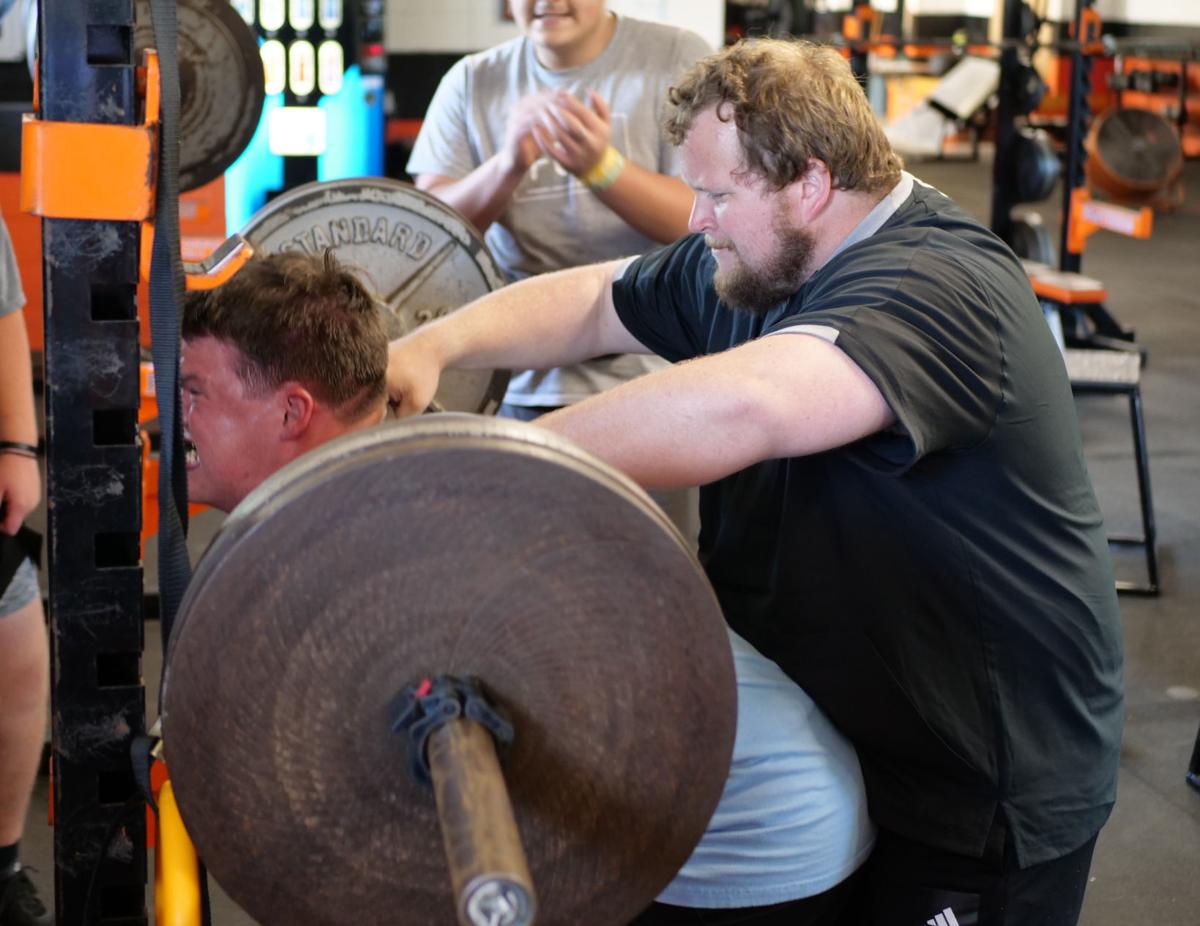 The Lenoir City High School Panthers football team is getting back into the groove after a successful week of workouts and conditioning exercises.

Jeff Cortez, LCHS head football coach and co-athletic director, said his team is “excited to be back” on the field and in the weight room after missing spring camp due to the coronavirus pandemic.

“We’re just lifting and running right now, and with having 11 weeks off, that’s got to be our focus right now — just getting our bodies back into shape,” he said. “For our incoming freshmen, they’re running, but for the incoming freshmen it’s a little bit different focused about technique — here’s how you squat and here’s how you bench and teaching progressions for the clean and those types of things.

“For those other guys, it’s trying to get their strength back as fast we can,” he added. “We’re in a strength phase right now with the weight room portion. We’re on a four-day-a-week lift program and just trying to get our gains back.”

Players have been split into small groups and work out at the same time all throughout the day. Coaches have enforced safety measures such as temperature checks, excessive equipment sanitization and maintaining social distance.

Junior lineman Eli Rittenhouse said the shutdown has been tough and is excited to be back with teammates.

“It’s not been as good as working out and conditioning and building that brotherhood, but already just starting here in the past couple of weeks I feel like we have an attitude that we didn’t have last year,” he said. “He (Dustin Peels, defensive coordinator) brings a lot of energy and momentum and just attitude, even just to start workouts and conditioning. Obviously, it hurt us but I feel like it’s not something we can’t come over and just work harder.”

Since returning last week, players have been put through intense and grueling workouts. A majority of players have responded well.

“They’ve been a lot harder than last year. Coach Peels, he motivates us, pushes us to our limits,” Rittenhouse said. “A lot of times, I feel like I can’t go anymore, and he’s just right there yelling at me and telling me to keep going. Last year, it was tough, but this year is a whole other level.”

The Panthers were forced to skip spring camp, which is a vital time of growth for coaches and players.

Cortez believes his experience-heavy team will be able to quickly make up for lost time.

“Defensively right now, it’ll be a lot of similarities,” Cortez said. “The big difference for us is going to be on the back end — we’re going to go back to some more cover 4 principles. Our secondary is going to be a little bit behind, but the rest of the guys will be just fine. The front seven, we’ll know what we’re doing.

“Offensively, the big thing for us is that offensive rhythm, you know, throwing and catching, being able to just drop back and that anticipatory break,” he added. “Those timing issues, we’ve lost, obviously, so it’s going to take some extra effort to gain that back and get kids together. Luckily, we played a lot of young guys last year. That sophomore class that we played, that we used, they’re all going to be juniors now. We anticipate that to be very helpful for us.”

The team will continue to work this month on weight training and conditioning before the dead period. Athletes will be competing to record best times and personal records before July.

“I just set goals, and I want to build the bond back with my teammates,” Rittenhouse said. “Where the gym’s closed, I’ve been losing a lot of my maxes, so I’m going to try to get those back and continue to grow and grow on those. Right now, my goal is 335 pounds on bench. I’m just going to try to push that and keep working as hard as I can.”

Barring complications, Cortez expects the team to dive into football action in July. The summer dead period is June 22-July 5.

“There’s a lot of kids coming back that have played, and, hopefully, we anticipate that to be very helpful for us when we get on the field and rolling in July,” he said. “We’ll be able to go full throttle and get all of that skill work and fundamental work that we’ve missed since we didn’t do spring ball.”