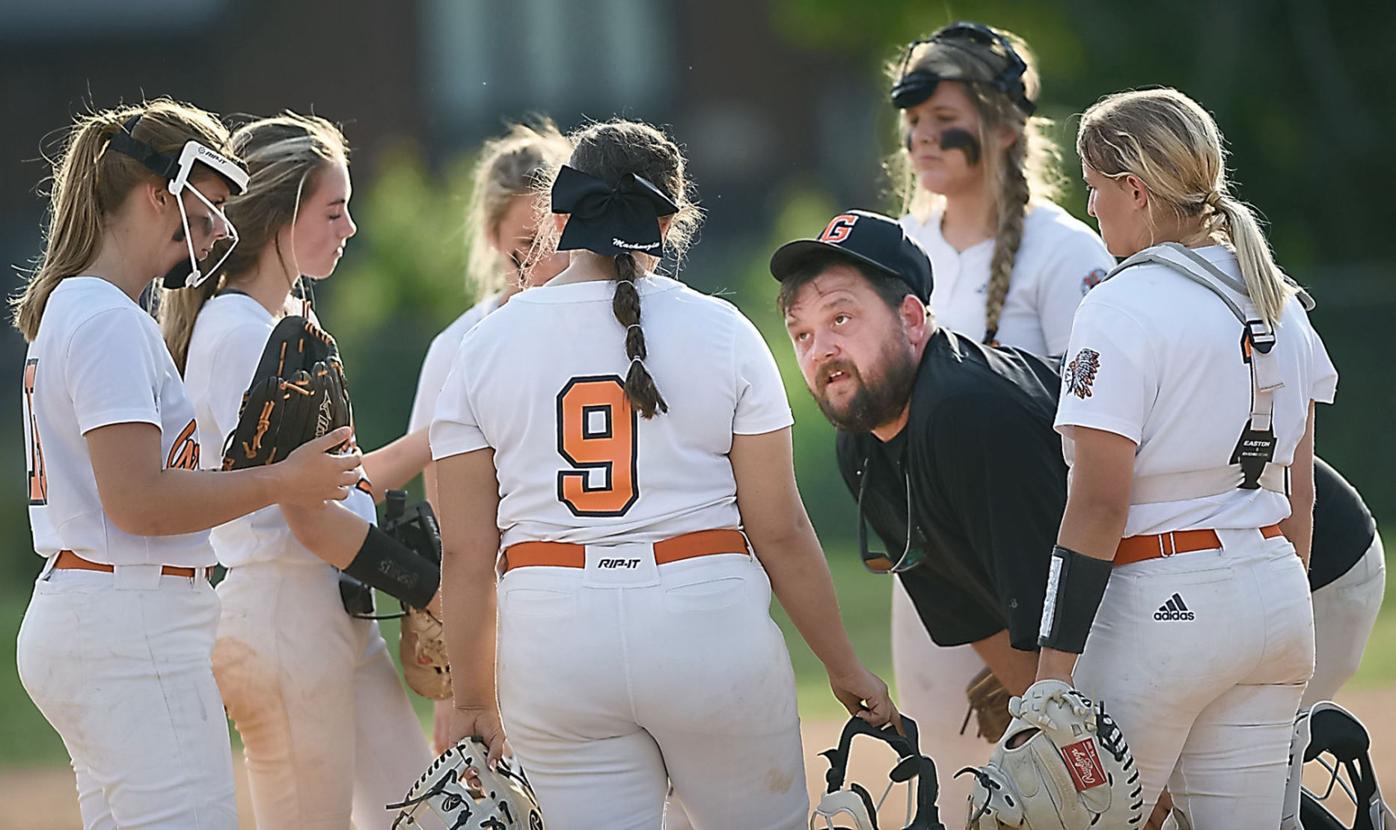 Greenback School head softball coach Bryan Powers talks with the team May 19 in the Lady Cherokees’ 8-5 loss to North Greene High School in the Region 1-1A championship. 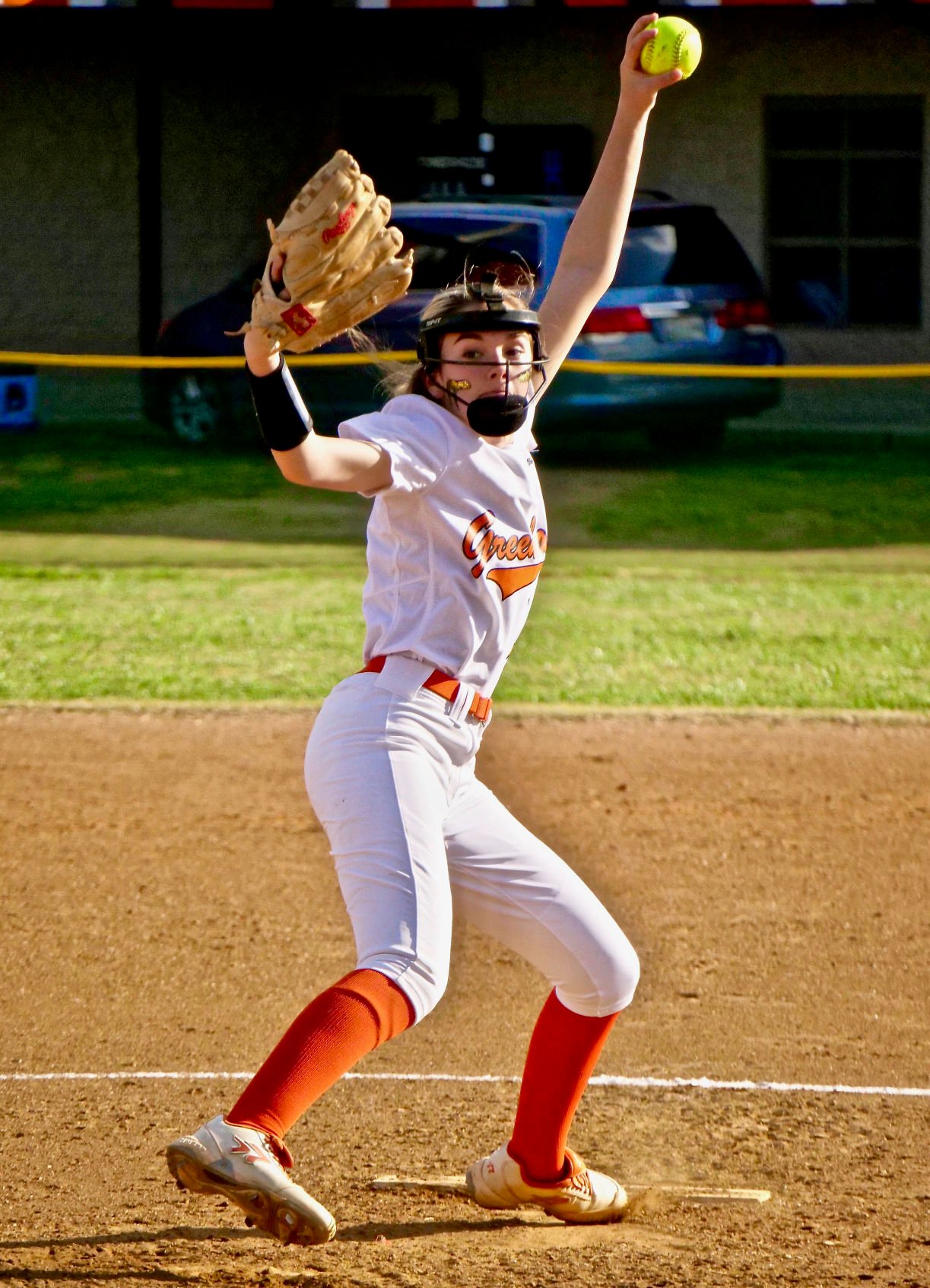 Greenback School head softball coach Bryan Powers talks with the team May 19 in the Lady Cherokees’ 8-5 loss to North Greene High School in the Region 1-1A championship.

As the umpire raised his hand for the final out and dirt from the infield breezed through the air May 22 following a crushing 6-0 loss to Sale Creek High School in the Class 1A sectionals, Greenback School head softball coach Bryan Powers hung his head and realized his dream season had come to an abrupt end.

However, emotions swelled for a good reason because he knew the Lady Cherokees’ deep run into the postseason was exactly what he’s been building toward since becoming the head coach of what once was a fledgling program nine years ago.

“It was bittersweet that it did end the way it did, but we looked at the overall picture of what we accomplished and what we did,” Powers said. “We were ecstatic about where we were at and from (May 17) on, it was just icing on the cake, we felt like. We were proud of what we accomplished and how we did it. It was disappointing to get beat, but we did lose to a really good Sale Creek team who actually went onto Murfreesboro and won a couple of games. It was a good feeling to see we could compete against teams like that.”

The Lady Cherokees (11-15, 7-1 District 2-1A) won five consecutive games by a combined score of 62-17 leading up to the sectionals, including a 3-2 win May 13 over Cosby High School to clinch the program’s first District 2-1A tournament championship.

“That was a great night for our seniors and to be able to do it at home like that, win in the regular season and finish it up at home like that, that was an awesome night,” Powers said. “That was one of the most fun nights I’ve had ever since I’ve been at Greenback. I was fortunate enough to win one in basketball and softball now. It’s always a good feeling, but it’s even better to be in Greenback when it happened.”

“Obviously it holds a very special place in my heart to have made it this far in my senior year,” Jones said. “We’ve had a lot of good ballplayers come through over the years, and it just means a lot that we could’ve done it my senior year. Even though I wish we could’ve made it further, this is definitely something I’m going to remember forever.”

Jones, Stevens and Hannah Butler were the three lone seniors, and all three were key the last four years in helping build the program.

Jones is a two-time All-District 2-1A player and Stevens was the first Greenback softball player selected to the Tennessee Sports Writers Association Class 1A All-State first team following the 2019 season.

“They’ve been in the program since I’ve been there because I was the middle school coach as well and they played middle school ball for me,” Powers said. “Hailee’s pitched for me since she was in seventh grade in some form or fashion.”

Powers is admittedly looking ahead to next season since Greenback will return 16 of 19 players to hopefully make an even deeper run.

Powers believes the Lady Cherokees have a strong chance to win the region and advance to the Class 1A state tournament next season.

“Jennifer Jones will be back as a sophomore, and her progression this year was just amazing,” Powers said. “We’ve got Maddy Hood, who we’re hoping we’ll get an All-State selection this year, she’s coming back. We’ve got Lauren Morton and Katie Jones coming back, so we get everything back that we need to make another run as far as the key positions go in the circle and behind the plate. The foundation is definitely still going to be there, and I think we can go one step further next year.”