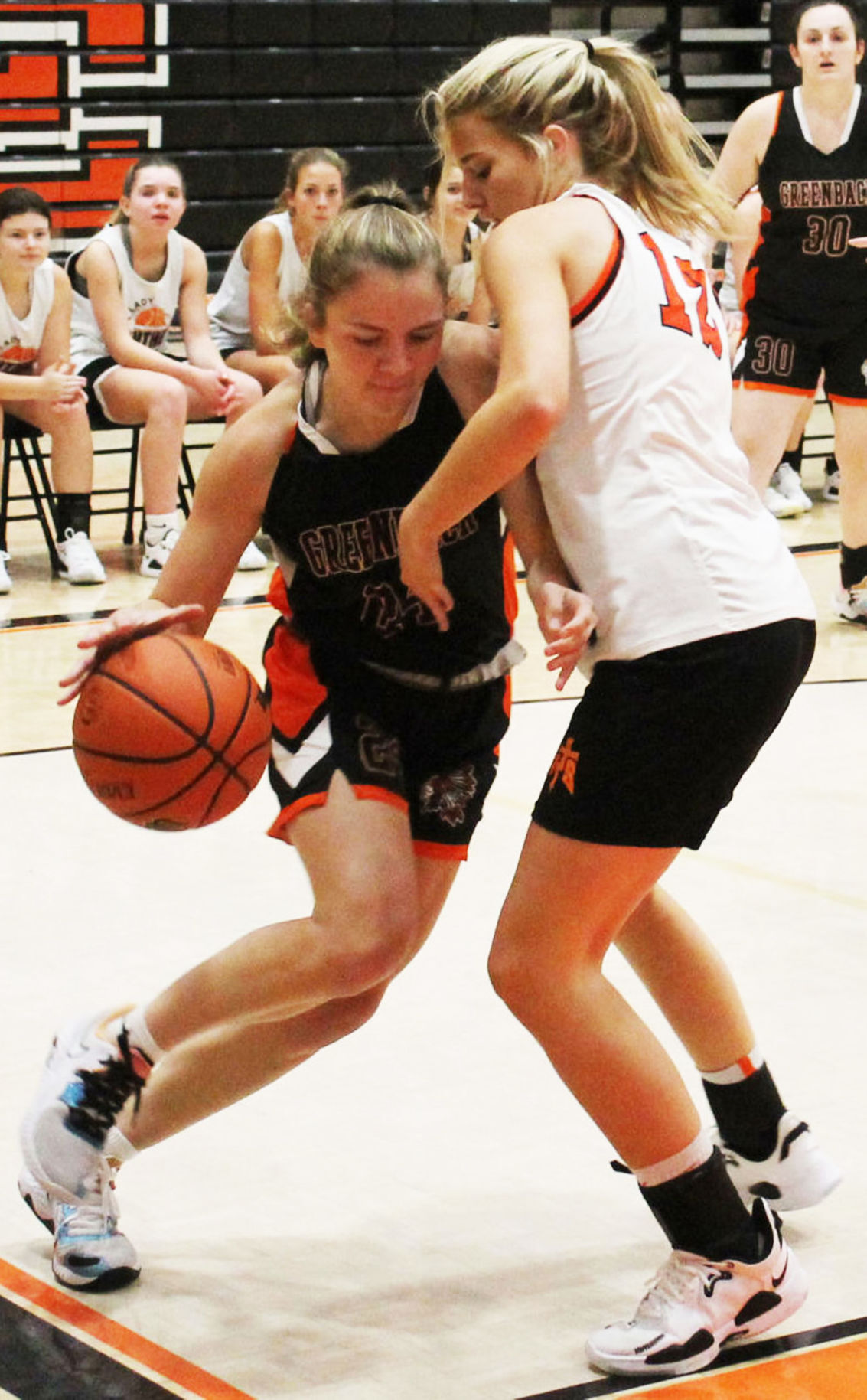 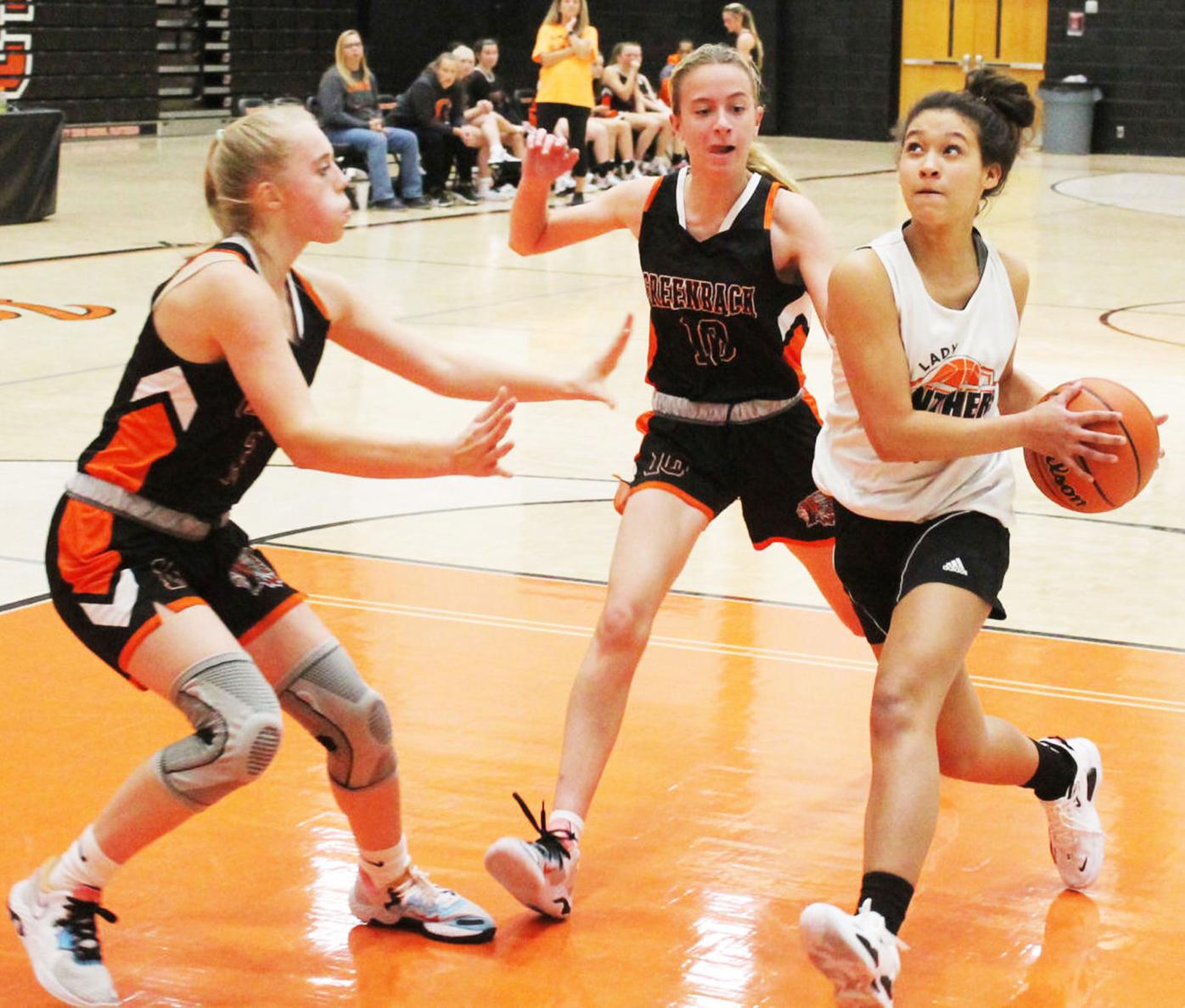 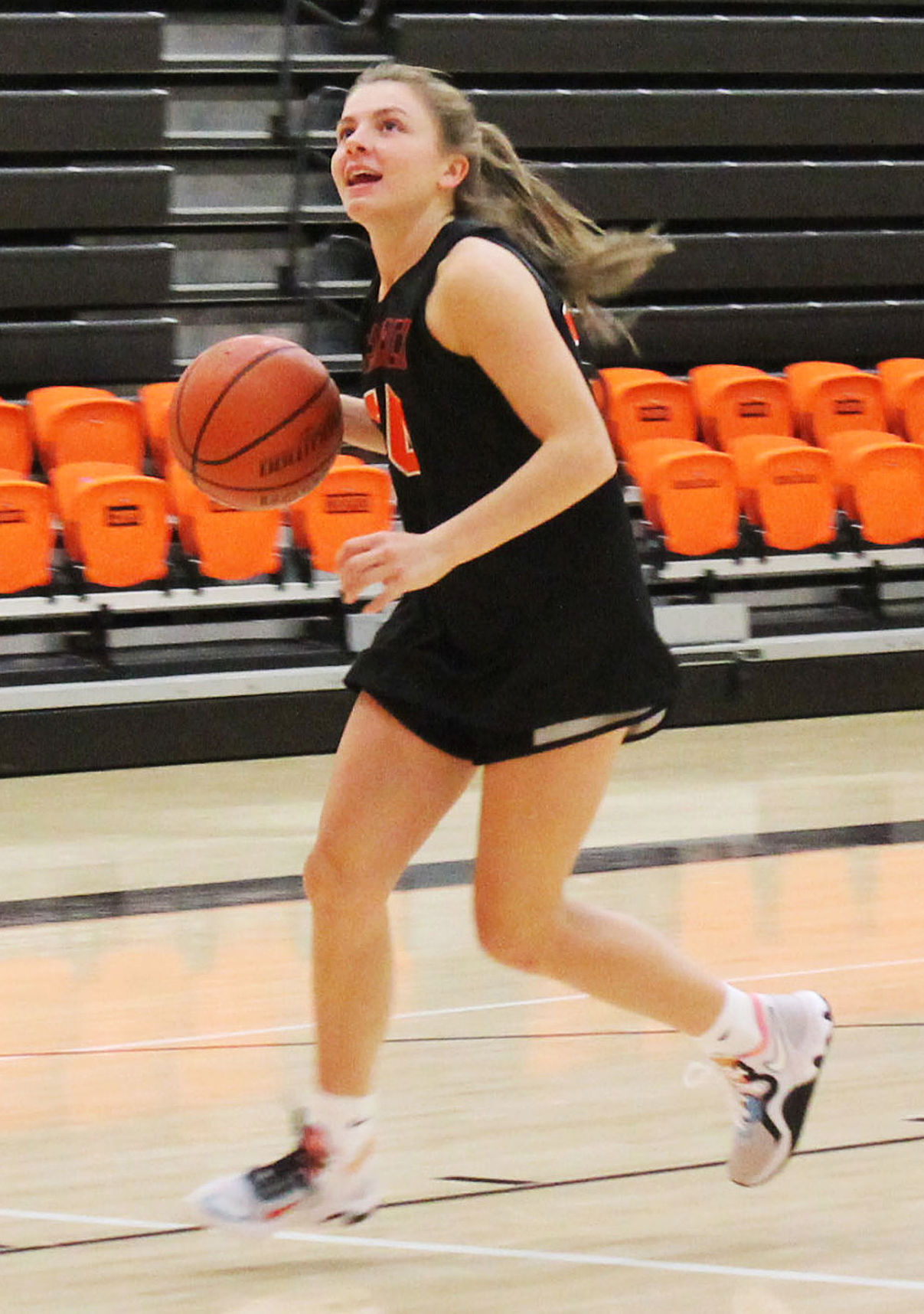 Greenback School senior Mikah Morris dribbles down the court during a recent practice.

Greenback School senior Mikah Morris dribbles down the court during a recent practice.

For all three teams, a new year comes with change and challenges.

After a disappointing last-place finish in the district last year, Lenoir City High School has big plans. Under new head coach Brad Cochran, the Lady Panthers hope to surprise more than a few.

“It’s going great,” Cochran said of preseason. “The girls are energetic, they’re excited about the season, they’re all bought in and they’re having fun. Right now, we’re trying to stay under the radar because our plan is to shock some people, put Lenoir City high school basketball back on the map in Tennessee.”

Cochran is confident his team can follow through on such a bold statement. Since his appointment last spring, Cochran said he has been working to rebuild confidence and raise the bar.

“I’m just basically being myself, creating a culture of expectation, setting the standard,” he said. “(We’re) raising the standard throughout the school, throughout the girls basketball program, making it enjoyable and letting the girls know that we’re here to give them the tools and resources to help them. Because we have talent, and just getting them to believe in themselves, that’s the biggest thing. Just chasing that mindset to believe in themselves. Once we do that, I feel we can take the steps forward that we can go toward.”

Senior post Kelsey Lett said the whole team is excited to show how much they have improved in the offseason, and credited her coach for a change in atmosphere.

“He’s just very encouraging and he just takes practices in a way where we can really understand what’s happening,” Lett said. “And he reminds us the true meaning of basketball and why we love this sport and just to do the best we can with it.”

Cochran said he noticed the positivity and believes it helps improve players.

Cochran said one of the most noticeable results of the change happened in the weight room, where players are excelling. He said he noticed significant gains that are translating to the court, which bodes well for the aggressive, high-energy style of play he hopes to implement.

“We want to play high-up tempo, full-court press the whole game, due to the fact we want to play a significant amount of girls because we feel like we can,” Cochran said. “We want to get up and down the court, have them shoot a lot of threes and play a fast tempo. I want teams to play our tempo, we’re not going to play another team’s tempo. So that’s going to be aggressive defense, a lot of trapping, a lot of full-court man-to-man, a lot of full-court pressing, and on offense just playing basketball and hopefully we can knock down some open shots.”

He said he has high expectations for everybody on the team.

The primary objective for the season is based on progress rather than results, but Cochran said the two are heavily connected.

“Our objectives would just be competing night-in and night-out, trying to win as many games as we can,” he said. “The objective isn’t about winning, obviously, but at the end of the day winning does help. It changes that culture a little bit quicker than losing does. So the objective for us is just to compete day-in and day-out and compete for a district championship and compete for a region championship.”

Lenoir City girls basketball got its first chance to show off how far the team has come when the Lady Panthers faced Oakdale High School on Tuesday after News-Herald presstime. The next game will be at 6 p.m. Friday at home against Sweetwater High School. District play will begin Dec. 12 against Austin-East High School.

Loudon High School girls basketball heads into the season in the midst of some chaos.

“There’s no doubt that there’s going to be a major adjustment,” Brakebill said. “A lot of the ladies had kind of developed their role on the team, they kind of started to understand the expectations and what was desired from them and what position, what role they would be playing. And then having a new coach this close to the season, you kind of have to readjust, not knowing where exactly you’re going to fit in and what role you’re going to be playing. Hopefully I can be clear in my communication with them where they know what I’m looking for and those expectations. But being able to adjust to that, it’s going to be tricky.

“It won’t be a quick adjustment,” he added. “They’re going to have to develop trust in me, I’m going to have to learn their strengths and abilities, what can help them be successful and what can help the team be successful. And it might not be something that we find out in the next two weeks before the season starts. It will probably take us till the end of the season before we start learning our identity and what we’re strongest at.”

Though new to the girls program, Brakebill is not a complete stranger. A LHS alumnus, Brakebill played basketball for the Redskins before graduating in 2007. After getting his college degree, he returned to Loudon to coach the boys junior varsity team. He held that position for several years and eventually became head coach of the boys varsity team in 2015, a job he held for two years.

Brakebill stepped away from the head coach position to focus on family, but stayed involved with the team on a volunteer basis under new head coach Josh Graves, a classmate from his Loudon days.

Brakebill said previous experience with the school was important, but acknowledged it was always on the boys team. He said he was aware there are differences and that he was thankful for the welcome he got from players.

“It’s gone really well,” he said. “Just the acceptance that these ladies have had, they made it easy to adjust. My history has been coaching boys, so just kind of learning from them has been a great aspect. We got some amazing senior leaders and upperclassmen that have really helped me to make that adjustment, and I’m really thankful to them.”

An additional challenge for Brakebill is inexperience of the team. Other than three seniors and one sophomore, the roster is made exclusively of freshmen. Given his late arrival and the youthfulness, the season could easily be written off as a transitional period. However, Brakebill said that would be a disservice to the four returning players.

“You can’t overlook the impact of the ladies in the program that are already here, what they’ve already done and what they’ve established,” Brakebill said. “They have begun to set a really good, firm foundation, and I know that it’s something that we’re going to want to build upon. So we don’t want to necessarily transition totally, completely and throw out the kitchen sink, because the effort and the hard work that the ladies that were here and have been in this program have done, we don’t want to discredit that. They’ve begun to build a foundation and now we just want to build up on that and try to make it stronger for the future.”

Brakebill was also encouraged by players’ responses when he asked them their objectives going forward. After coming in, he sat down with all of his players to discuss their goals. While most stated winning as their primary objective, Brakebill said their alternative answer was exactly what he wanted to hear.

“I asked them what it is that we’re looking to do if maybe we’re not on that winning side every night, and they pretty much unanimously said that they want to develop as a player and grow as a team,” he said. “I think that’s an outstanding goal for us, with the youth that we have, to be able to grow together, to be able to develop their abilities so that that way they can set themselves up for success in the future, and to be able to build a program that will last year-in, year-out. So I think our senior leaders are great at directing our path for us, and I know that our freshmen are going to be able to go and stride and kind of fulfill that vision and fulfill that dream that they set. I look forward to what these ladies are going to do this season and seasons to come.”

The Lady Redskins debuted last week against Sweetwater High School in the Meigs High School Jamboree. Their next game is at 6 p.m. Thursday at Anderson County High School, with their first district game coming Dec. 12 against Meigs County.

In stark contrast to the two other girls program in the county, Greenback head coach Angie Lucier is entering her 21st year at the helm of the Lady Cherokees.

But her team will still face changes after they find themselves in a new district.

After competing in District 1A-2 the last four years, Greenback moved to District 1A-4 for the upcoming season. For senior Mikah Morris, the switch brings up a few questions.

“It’s weird, because we don’t know what to expect, because some of these teams we haven’t played before,” Morris said. “But then some we do play or played last year and we competed very well with them, but it was a tough game, so this year we’re trying to prepare ourselves better to maybe come out better and try to stay on top when we play them.”

The district change does not alter the objective, however, which is to erase last year’s painful elimination in the first round of the region tournament. Greenback lost to Unaka High School by a single point, a result Lucier said she fully expects to motivate players.

“It puts a little fire in the ones coming back, to try and do things differently,” Lucier said. “That’s not going to happen again. You play that over and over in your head of how that could have been, but in a game like that it’s any possession could make a difference.”

The Lady Cherokees only lost one senior last year, and Morris said the returners are determined to make amends.

“That game was rough, it was very emotional,” Morris said. “Coming back from that, it just gives us motivation not to end our season this year like that. We want to go all the way this year.”

To be successful, Lucier said her three seniors would be crucial to the team’s success.

In addition to Morris, the Lady Cherokees will rely on Kiera Bishop and Madison Graves. Bishop is a fifth-year starter, having made the move to the high school varsity team while still in eighth grade, and had already hit more than 1,000 points by the end of her sophomore year. Graves, meanwhile, has “another gear” when in possession, according to Lucier, which makes her extremely hard to guard in the open court.

Greenback opened the season Tuesday on the road against Sweetwater High School after News-Herald presstime. Their next game is at 6 p.m. Monday at home against First Baptist Academy. Their first District 1A-4 game will come Dec. 10, when they host Rockwood High School.