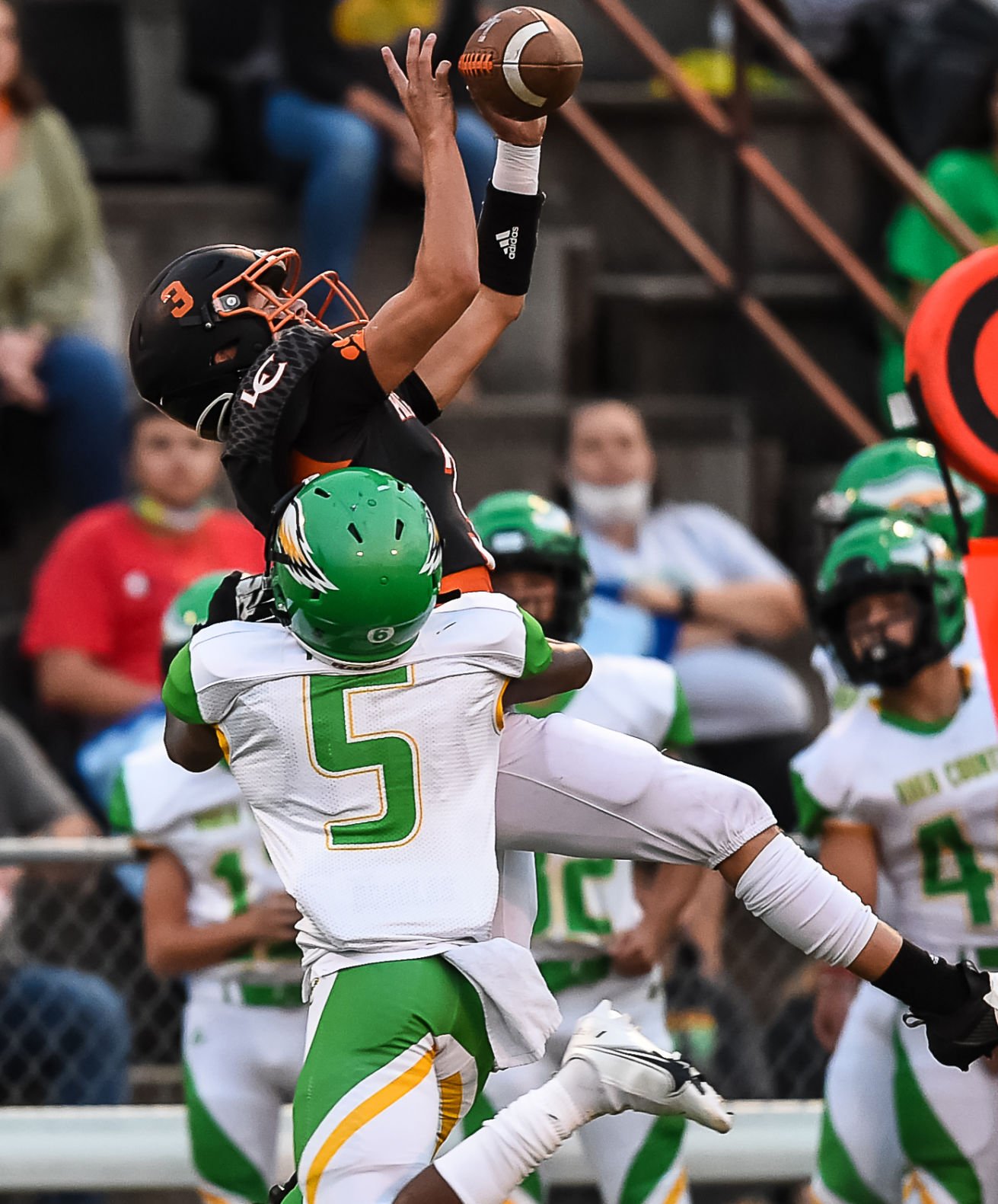 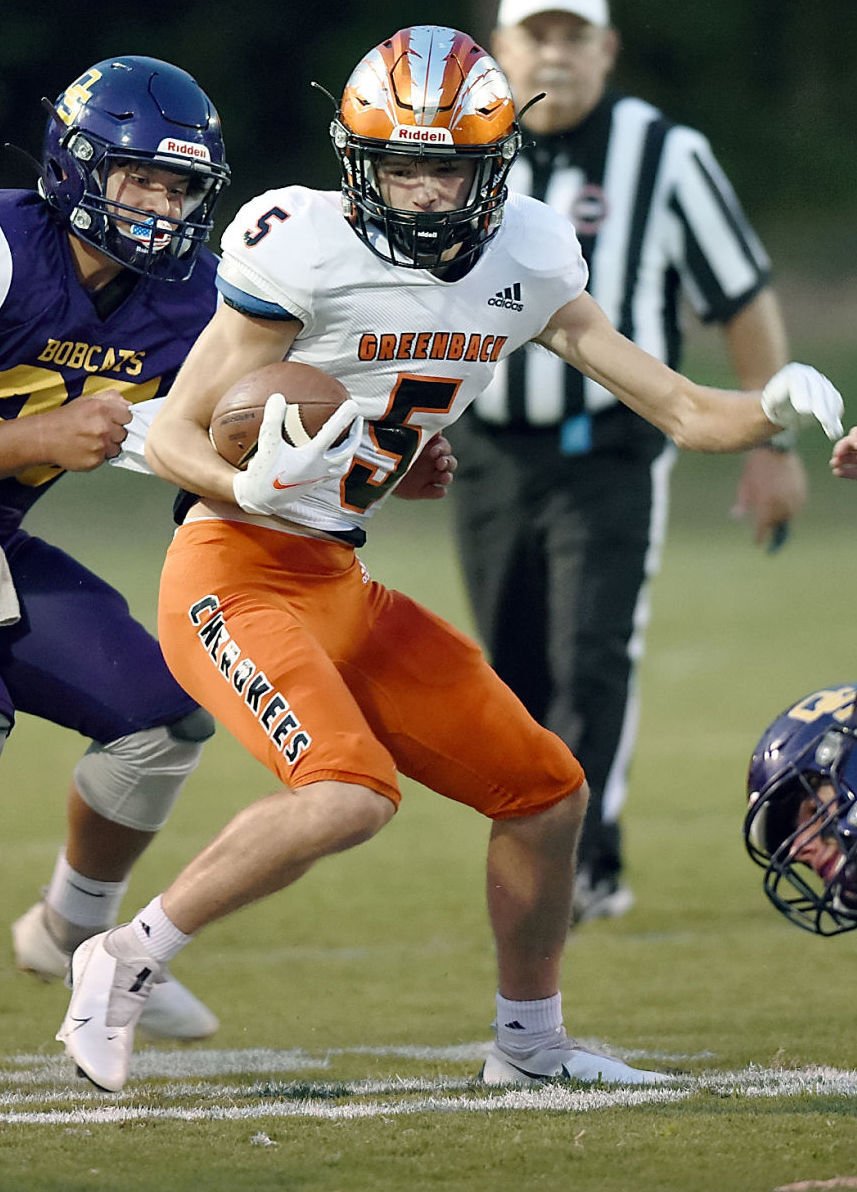 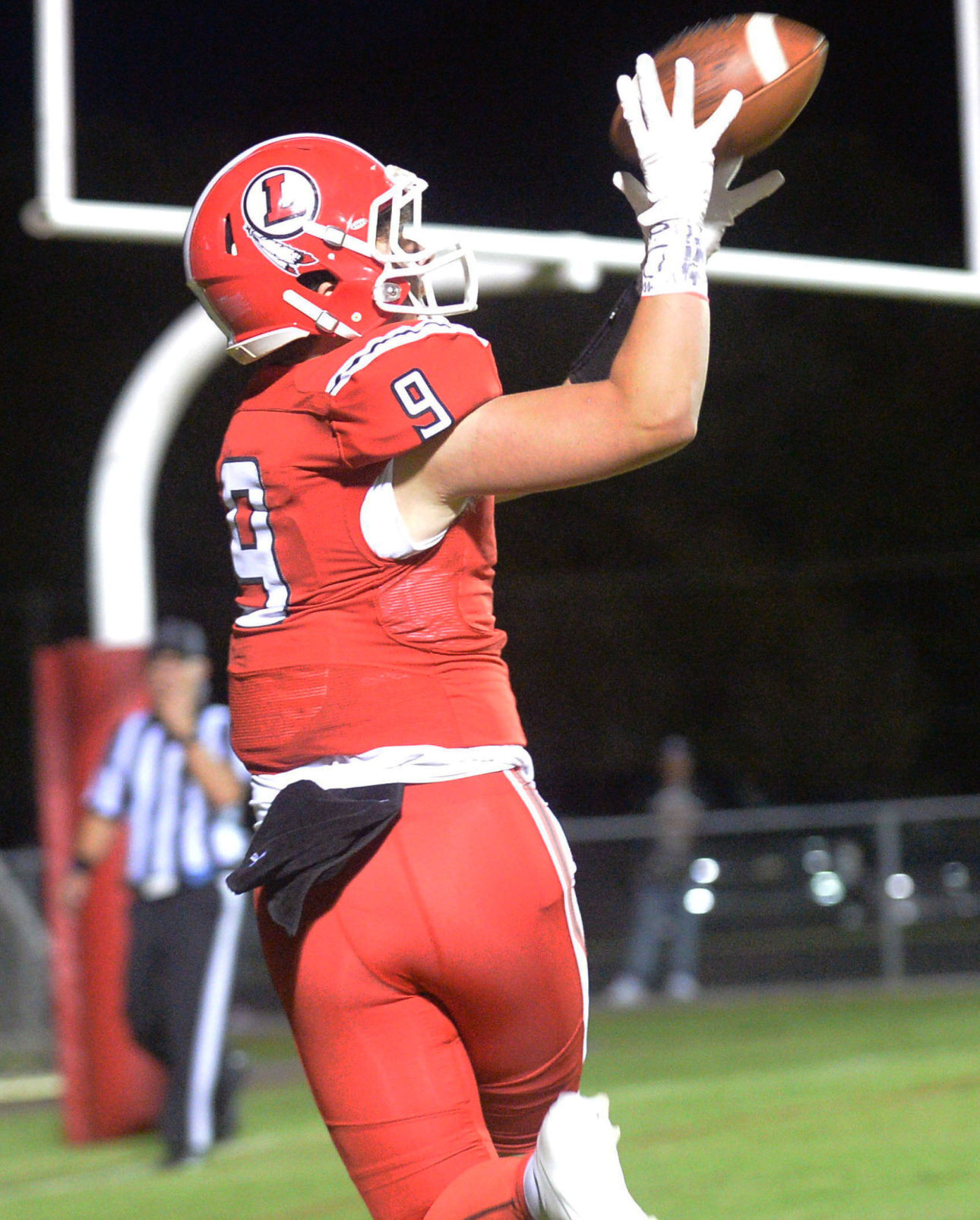 The 2020 high school football regular season is officially half over, and all three Loudon County teams return to non-region action Friday night.

For a second consecutive year, the Greenback School Cherokees (1-4, 1-1 Region 2-1A) will face the Lenoir City High School Panthers (0-5, 0-2 Region 4-5A) in a cross-county battle. Both teams look to notch a much-needed win.

The Panthers are coming off a 41-7 loss to Rhea County High School, but LCHS head football coach Jeff Cortez is excited for the opportunity to play another county school.

Lenoir City will look to avenge a 51-7 loss to the Cherokees last season.

“The Rhea County game was a physical game, and we’ve got a couple of guys out so that’s part of it as you go through a season,” Cortez said. “I hope my guys are excited about the opportunity to play Greenback. It’s a Loudon County game, and I think this weekend their coach, or at least one of their players, called it a rivalry, so we’ve got to get up for that challenge, get up for the opportunity to play a county foe and defeat them so when we see them for the rest of the year, we’ve got something on them.”

Despite a 21-7 loss to Oliver Springs High School on Friday, the Cherokees remain optimistic heading into the sixth week of the season.

“We’ve struggled, just to be quite honest with you, and we haven’t played our best ball yet,” Greg Ryan, Greenback head football coach, said. “It’s not one particular position or player by no means, but it’s a combination of little things that’s causing us to have a lack of success. Some of that’s got to do on coaching, so I think the kids still have positive attitudes and understand the potential of having a good football team. At some point, we’re going to have to put a product on the field that shows results. After we see the film and see some of the mistakes against Oliver Springs, hopefully, we can get those corrected and eventually narrow down the mistakes we’ve been making.”

The Cherokees received a spark Friday when Ryan decided to start William Blount transfer Micah Franklin at quarterback and receiver Blake Fields at running back.

Franklin completed 20 passes for 115 yards and added 54 rushing yards and a touchdown, marking the Cherokees’ best offensive performance of the season.

“After the Oneida game on the bus ride home, I had a lot of time to think about what was the difference in the game,” Ryan said. “I realized Oneida’s best player (Kolby Morgan) probably touched the ball upwards to 35 times, and I’ve always taken pride in having athletes and the quarterback to be able to spread the field and get the ball to multiple weapons. We just weren’t getting that done, so I thought, ‘How can I get the ball to my two best athletes that’s got speed?’ I had no clue really how it was going to work out.

“I think the biggest surprise that we got out of the game was that (Franklin) can throw,” he added. “He played really good. The end result wasn’t what any of us wanted, but I thought for the first time playing quarterback that he played fantastic.”

Lenoir City has also shuffled its quarterbacks this season. Junior Zane Ward started the first two games but eventually switched to a running back/receiver role, which allowed freshman Brett Cortez to step in and take command of the offense.

Since starting the third week against Soddy Daisy, Brett has completed 61 passes for 692 yards, four touchdowns and nine interceptions.

Lenoir City will have an advantage at almost every position, but both coaches believe the game will come down to sheer will and execution.

“From the Loudon game in week one to now, they are a completely different team,” Jeff said. “Defensively, they’re back to being the man-to-man, aggressive defense. I thought against Loudon, they played really passively and soft in the secondary. Greenback now looks a little more like the Greenback of the past defensively. ... It’s a team that’s young, but they’re playing very hard. They’re scrappy, they’re tough, games have been close at halftime. Their demeanor is different than just getting beat. We can’t just walk out there and think we’re going to roll them.”

A win this week will provide a boost for either program. The kickoff is set for 7:30 p.m. Friday at Greenback.

“They’ve had some tough results, too, and in watching film, they’ve got guys on the perimeter that look athletic,” Ryan said. “I think they’re struggling a little up front, and we’re doing the same as well. I think Lenoir City and Greenback are very similar in that aspect. They play really aggressive, so I think it’s a good matchup. I think both of us need a win for morale, for some confidence and we’re hoping to get that win. We’ve got a lot of respect for Cortez and the things that he does, and we’re excited to play Friday night.”

kins undefeatedFor the third time since 2014, the Loudon High School Redskins are off to a 5-0 start in the regular season following a 55-21 region win over Signal Mountain High School.

The Redskins’ showed out on offense again, this time through the air as junior quarterback Keaton Harig set a new school record for most passing yards in a game by the end of the first half with 326 yards and five touchdowns.

“It has been a big confidence booster for our guys,” Jeff Harig, LHS head football coach, said. “We will always take what the defense gives us, and I think we’ve shown the ability to do that to two extremes and we’ve had a balance in our other games. We continue to search for that balance and search for those big plays, and you’ve got to kind of structure your offense to the defensive front that you’ll face. Our guys did a good job of that Friday night of giving Keaton time and giving him the protection, but I thought our receivers did a good job, too, of running routes and catching the football when it was presented.”

Loudon will travel Friday to take on the Polk County High School Wildcats in the fourth non-region matchup of the season. The Wildcats are 0-5 and are coming off a 47-0 shutout loss to the Tellico Plains High School Bears.

Polk County is averaging 9.2 points per game, while giving up 42.4 points.

“I think there’s some similarities to what Signal Mountain did to what Polk did, so playing that veer option and continuing to strive for being better in our fundamentals,” Jeff said. “Offensively, we’ve shown the ability to just run the ball against Brainerd, and then we’ve shown the ability to throw the ball like we did against Signal Mountain. As we continue to evolve as an offense, our biggest challenge this week is facing a four-man front. That’s going to be what we have to essentially prepare for, and that will challenge our offense, too.”

The Redskins enter Friday’s game completely healthy, which is a pleasant surprise for the coaching staff after missing the majority of the offseason due to COVID-19 restrictions.

“One thing we’ve got to be mindful of, too, is we’ve only played one four-quarter game,” Jeff said. “Every other game we’ve played has had a running clock and guys have gotten to play just three quarters, so that’s played in that as well. Friday night, we played half a game and by midway through the third quarter, we were emptying our bench. I personally thought we would have more problems from a conditioning standpoint, but we have not. That’s a tribute to our depth but also to our ability get control of the games in the first half as well.”