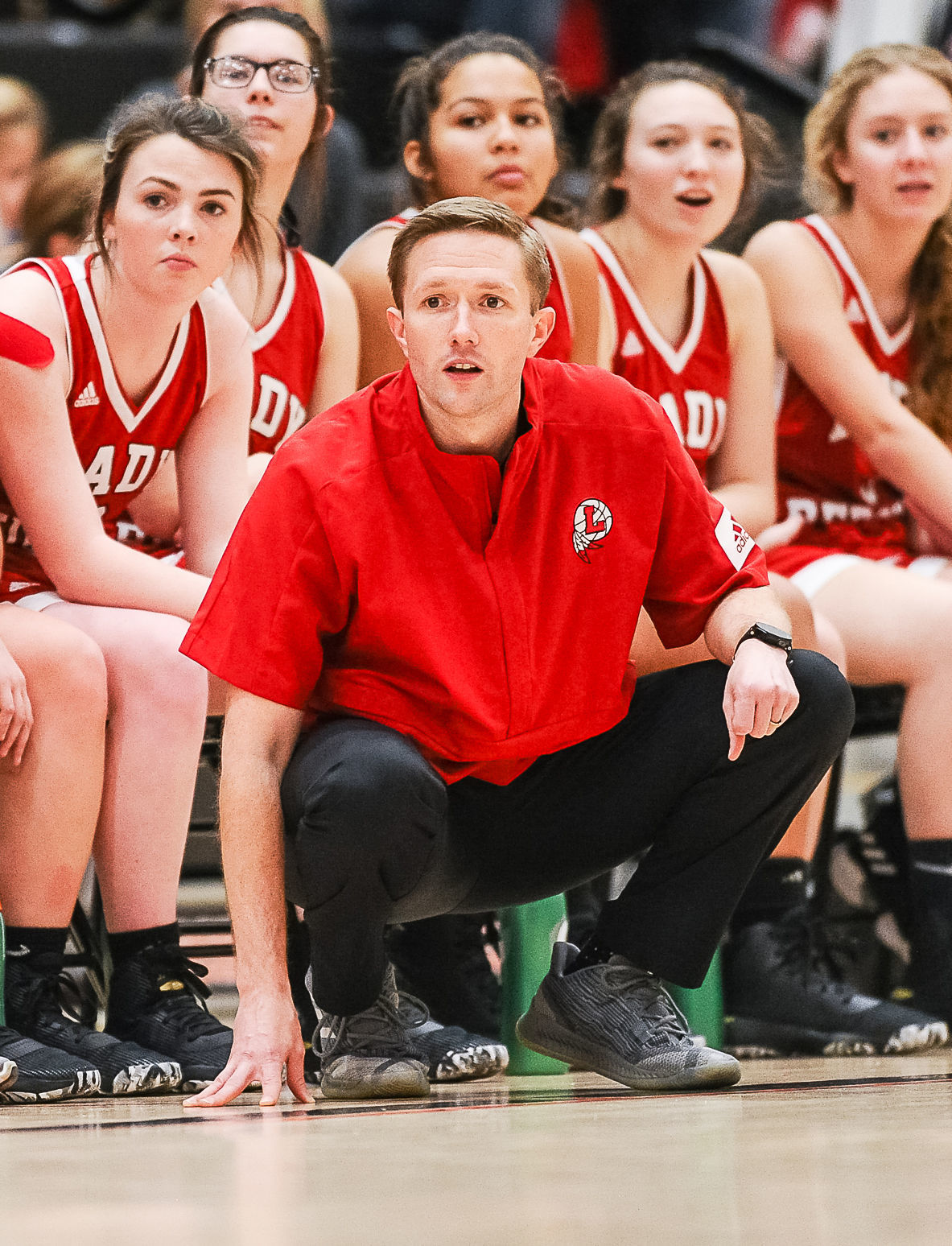 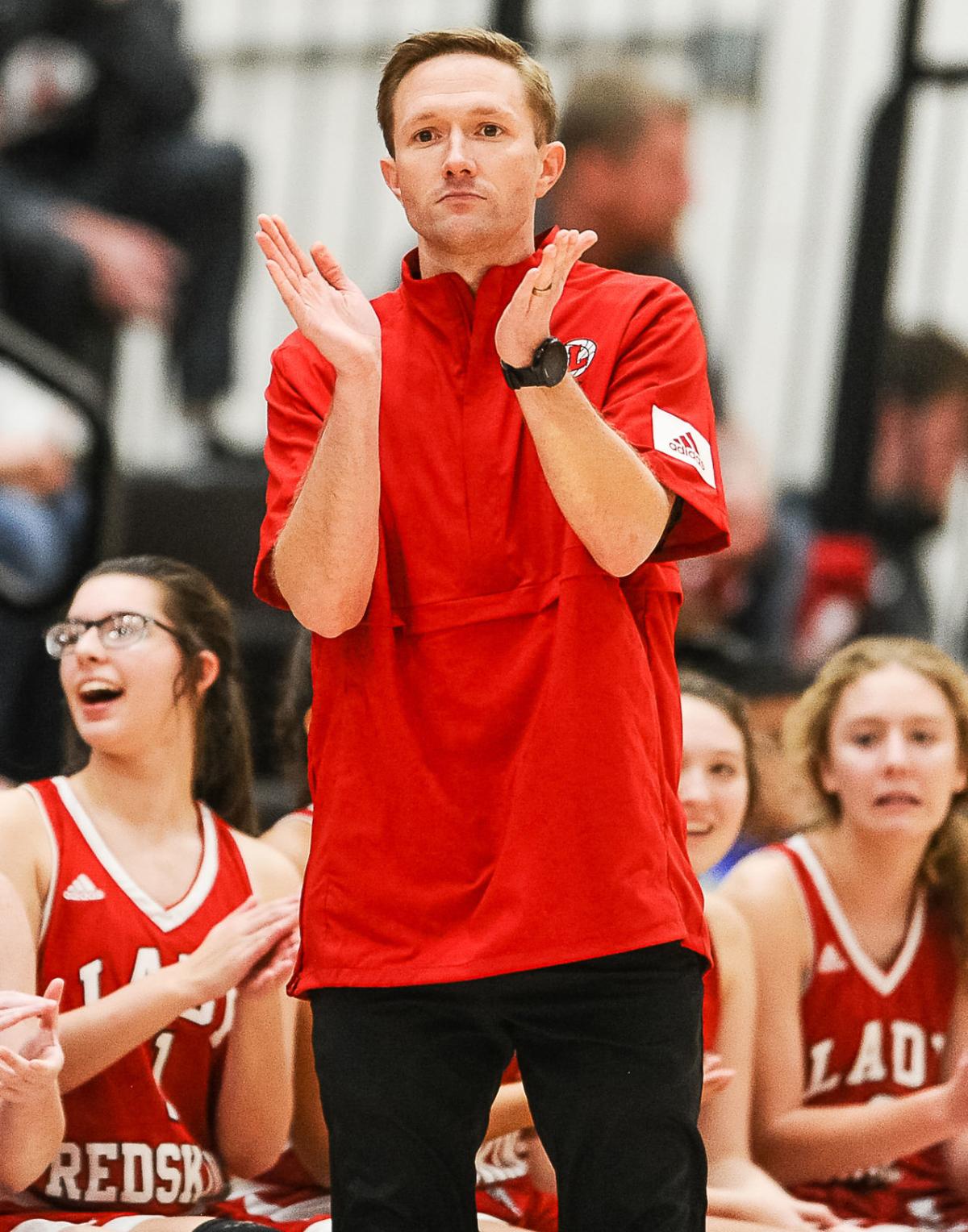 Josh Brannon knows how to contend for state championships, and now he is trying to implement that type of culture as the head coach of the Loudon High School Lady Redskins basketball team.

Before arriving at Loudon two years ago, Brannon spent time as a head coach and assistant coach at Knox Central and Fulton high schools — both of which have yielded success over the last decade.

“They all kind of gave you different ways of doing things. They all kind of had similar beliefs and philosophies but vastly different approaches in how they do things in a lot of regards of how they do things,” Brannon said. “The biggest thing to me was identify what you want as a coach, what that program needs and put your spin on your program. So they kind of helped me understand of finding your identity as a head coach and creating that culture that you feel is needed for the program that you’ve inherited.”

Born and raised in Monroe County, Brannon was brought up in a disciplined household that taught the importance of hard work, determination and effort.

Those characteristics helped shape his basketball identity, which has been evidenced by the Lady Redskins’ physical style the last two seasons.

“Obviously, I’m a very blue collar guy. Basketball’s not anything that has to be super difficult, it’s all about getting everybody to play for each other, getting everybody to play for a common goal, a common mission,” he said. “My philosophy is if you can do that, get people to understand the big picture of things and buy in, then you’re going to have a championship culture developed there.”

Brannon has dribbled a basketball for most of his life.

He played basketball throughout childhood and was a standout at Sequoyah High School. From there, he attended the University of Tennessee and got his foot in the coaching door.

“I think it was my senior year that I knew that that’s what I wanted to do as a profession would be to get an education and coach, and so as soon as I graduated and got into college, I got involved in the AAU circuit,” Brannon said. “Helped out with the AAU programs at Sequoyah at the time and also with some Lenoir City AAU programs as well.”

“It was the very first team I helped coach when I was the head JV head coach at Central. Those guys, I’m still very close with to this day,” he said. “I was a senior in college, they were not far behind me in age, they related to me really well and those guys are a bright memory.”

“Mitch had gotten suspended for the next two games, so he had to sit for the next two games, so hey, I’m a senior in college and I’ve got to slide over and be the interim for two games and our next game up is the No. 1 team in the PrepXtra at that time,” he said. “I’ll never forget having to coach that game, and I was excited and ready for it and the guys did what they were supposed to do, and we ended up pulling the upset that night and beat them in pretty dramatic fashion by one point, so that’s always a memory that always stuck out to me as really fun.”

Brannon returned to the Knox Central sidelines 2014-16 before becoming an assistant coach at District 3-2A powerhouse Fulton.

“Josh is a high-energy guy and very prepared, and I can remember when he worked with us, he was great at getting together a scouting report for me, very thorough, very detail-oriented,” Wright said. “The main thing I can remember is just his energy level and you give him a job to do, and he’s going to get it done. Just a really high-energy guy and a guy, again as a head coach, you can count on that he was going to bring it every day.”

In his two years at Fulton, Brannon received valuable experience as an assistant for the boys and girls teams. Brannon helped guide the Falcons to the Class 2A state championship game in 2017.

“I made some great connections there, friendships that will last a long time. I really can’t say enough good things about the people that I’ve met,” he said. “Making it to the state tournament both years I was there and then be able to make it that close in the state tournament, making that state championship run was just something you’ll never forget.”

Brannon surpassed the program’s win total from the 2017-18 season in his first year on the job but knew there was still much to work to be done.

“I felt that I was ready to be a head coach, (but) it’s more than just coaching a game, you’ve got to run a program and be able to do that a high level,” he said. “The year before I got there, I think they had won four games and didn’t win a district game and thought, ‘Boy oh boy, we’re going to have our work cut out for us.’ We had to do it the majority of the year without our best player, our most experienced player in Molly Russell. That first year, it was a very challenging experience because you’re having to find a way to get kids to continue to compete and play hard and learn and grow and be the glue for them in a time when they might not get a lot of wins on the scoreboard.”

The Lady Redskins improved to win seven games this past season but showed more growth and competitiveness.

Brannon guided Loudon to an impressive 57-45 win over Greenback School, but the best win to date came Feb. 13 when the Lady Redskins defeated the Lenoir City High School Lady Panthers for the first time since 2017.

“I feel like the seniors that I had did a really good job of just trying to buy into what we wanted and contribute, even though they knew it was going to be tough a lot of times,” he said. “This year, did improve greatly, our games were more competitive. We were able to pull off some wins that we hadn’t pulled out in a long while, and so it was really the fruits of our labor just starting to pay off a little bit. This season was a very fun season, and it was fun to see the girls get rewarded with the Sweetwater buzzer beater, obviously the rivalry win against Lenoir City. They’re still learning how to win, so that kind of makes it easier to continue to preach the message and get them to understand what you’re talking about.”

An important part of Brannon’s success has been his his ability to develop and maintain relationships with players.

The Lady Redskins have a rich history and appeared in the Class 2A state tournament six years ago, which is a level Brannon believes the program is reaching for.

“We’re trending upward, and I know that’s kind of a nice buzz word that people might could use, but you look at where we started and you look at where our season ended at, these teams between two years have improved by leaps and bounds,” he said. “You can point to the scoreboard and look a lot of those results, and that starts to develop that winning attitude, that winning culture, that tough mindset that you want. I want my kids to play hard, play for each other and play tough because life is challenging, life is tough.

“With that being said, they’re going to come back and start beating teams,” he added. “You’ve beaten Sweetwater, you had an opportunity to beat some teams, you played McMinn Central to the wire, you beat Lenoir City. We had a lot of youth on that team, so that just gives those kids confidence and it starts to change the mindset and the mentality of where they were and where we want them to go.”