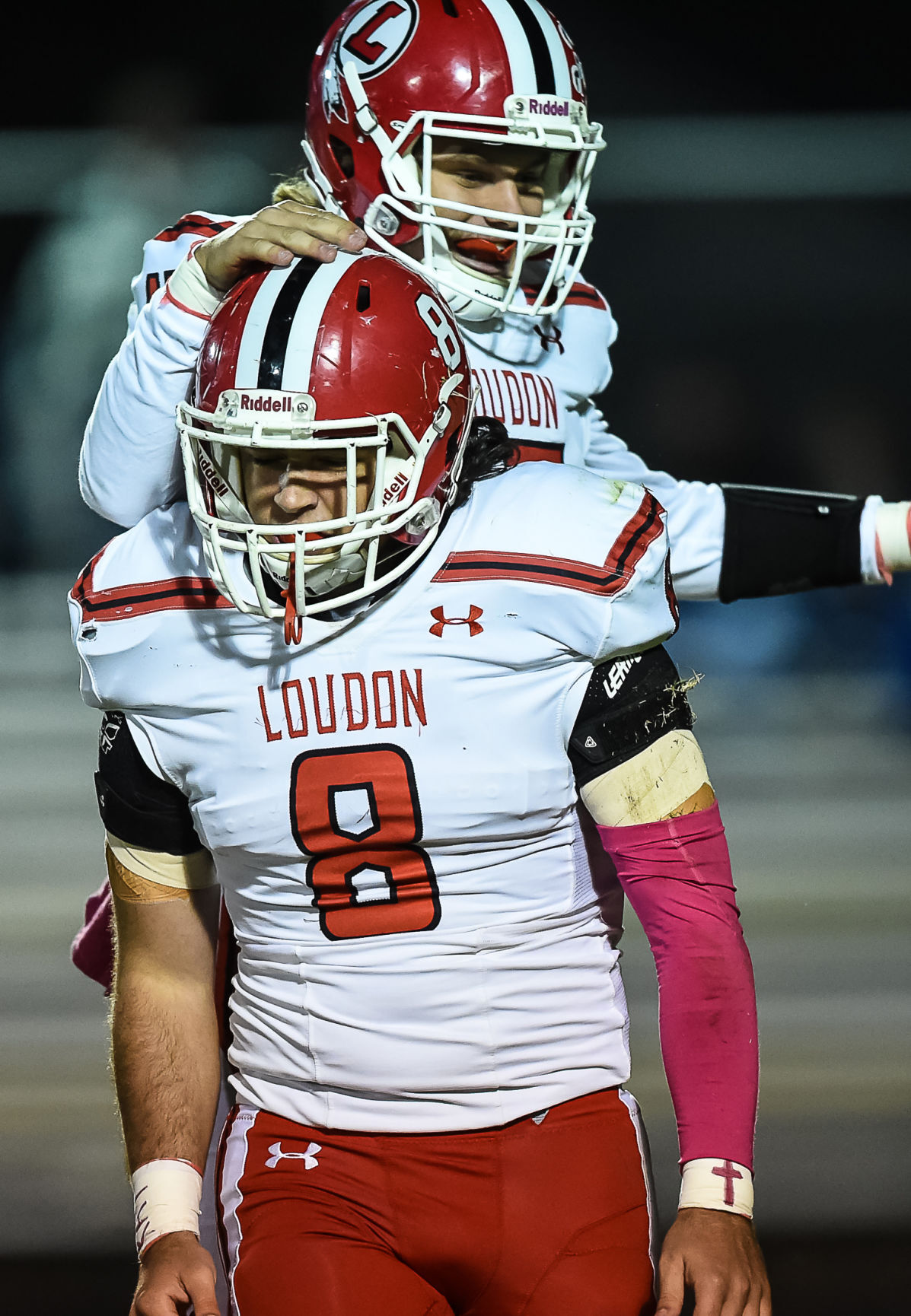 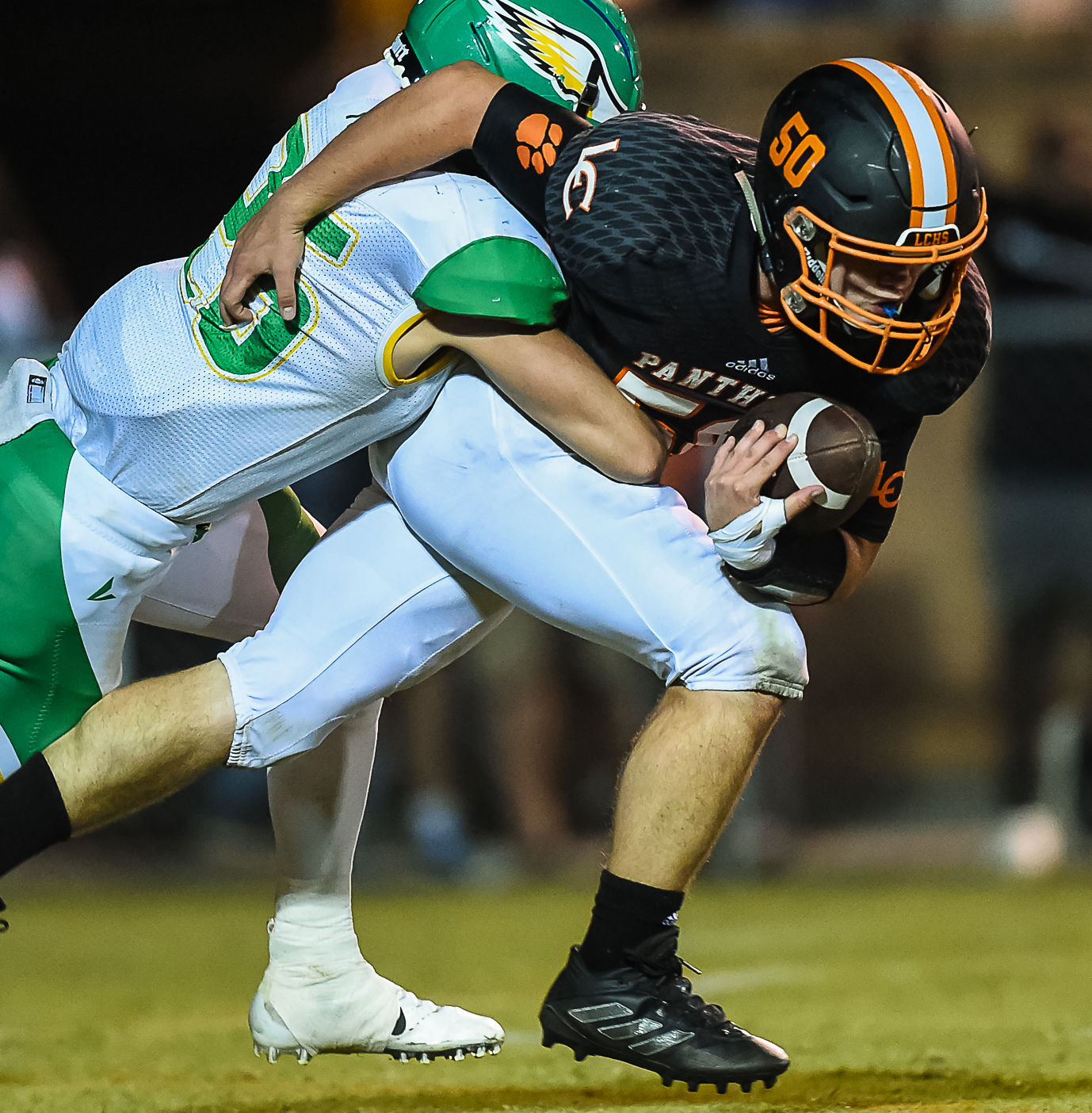 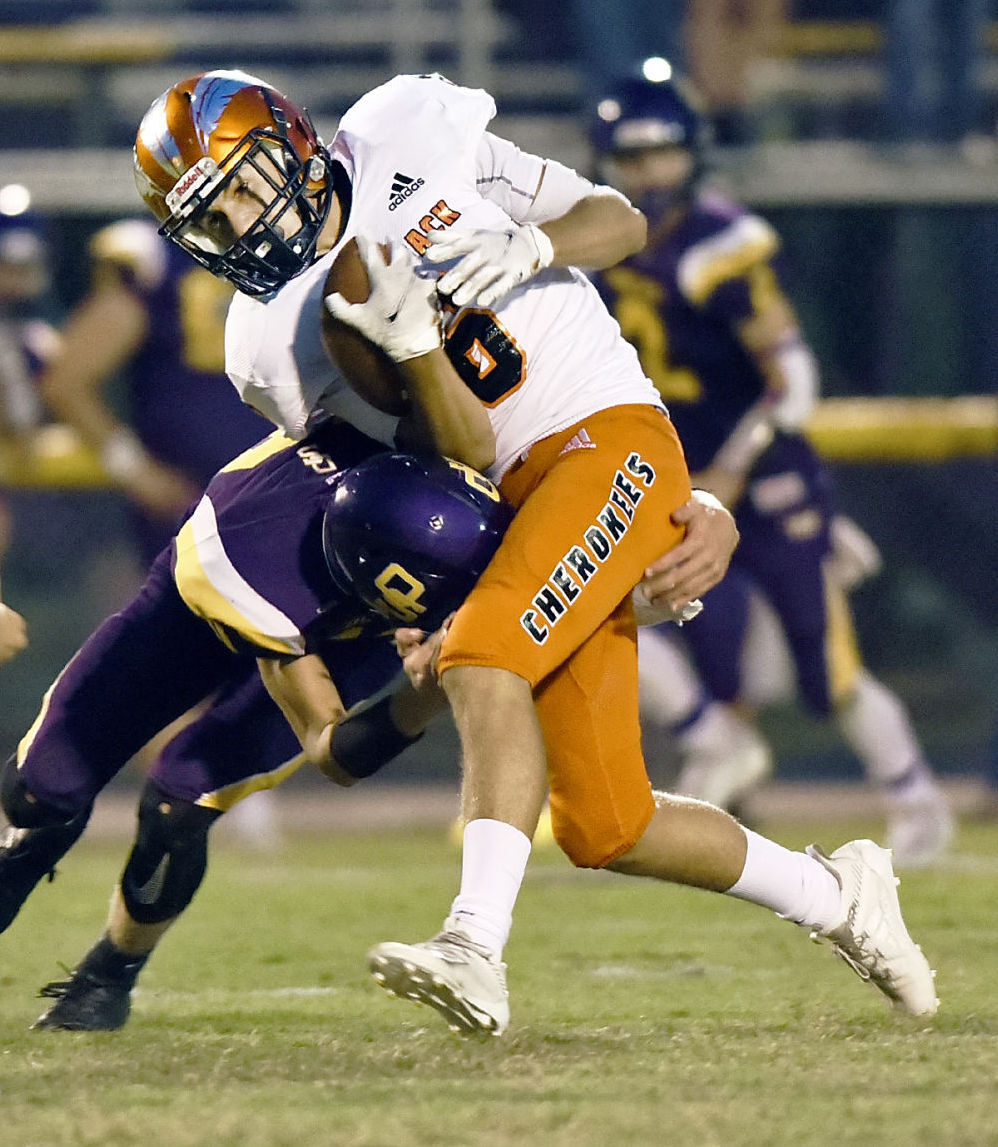 For the first time in a month, all three Loudon County high school football teams will be in action simultaneously Friday.

The Loudon High School Redskins (8-0, 4-0 Region 3-3A) continue to ride a wave of momentum after improving to a combined 21-1 record over the last two seasons with a 28-7 win over the Sweetwater High School Wildcats.

The next two weeks will be the most pivotal as the Redskins close out the regular season with games against the high-powered Walker Valley High School Mustangs and Red Bank High School Lions.

“From now on, there’s no more easy games, no more nights off where you can have a bad game and say, ‘Oh well, we still won’,” Jeff Harig, LHS head football coach, said. “We’re going to have to step it up and play well. These last two are at home and are going to be playoff-type atmospheres. Our guys just need to realize that it’s time now to have no regrets, and that means to me to give your best. There’s no shame in losing, but if you lose and didn’t play your best then you’ll always wonder, ‘What if?’ That’s our message going forward.”

The Redskins host the Mustangs, which Harig believes is the toughest opponent on the schedule thus far. The Redskins won last year’s meeting 49-7.

“The thing that people have in their mind is last year we beat this team 49-7 but it’s definitely not the same team,” Harig said. “I can’t believe they’ve improved this much. I was hoping to see a lesser team based on what we’ve seen last year, but they’re not. They believe, they’re well-coached and they play hard so it’s going to take the best effort we’ve played this whole year to keep the score competitive. It’s going to take having the breaks go our way to have a chance to win, but I look forward to the challenge.”

Walker Valley (5-2, 1-1 Region 4-5A) is much improved and possesses weapons all over the field. The Mustangs are led by senior dual-threat quarterback Tucker Pope.

“Up front on the offensive line, they’re big and physical,” Harig said. “They’ve got very good skill players that run really well. The quarterback is preseason All-State and throws a really good ball. He’s 6-foot-3, 210 pounds and they do a lot of designed quarterback runs because he’s so big and powerful. On the defensive side, they play a blitzing 3-3 scheme, which means they’re a little undersized. They try to confuse the offense.”

“Well No. 1, we got a lot of guys some rest,” he said. “Our guys got some good recuperation to kind of recharge the batteries before we finish these last three games left.”

The Panthers will look to avenge last season’s 39-13 loss to the Eagles. Cortez believes Seymour will enter Friday’s game hungry for a win following a close 42-35 loss to Sevier County High School.

“Seymour is led again this year by a lot of the same guys last year,” Cortez said. “They’re a big, physical team on offense, they run the football, they want to run that clock with the run game and it looks like they’ve probably settled on No. 6 at quarterback. He’s a real dynamic athlete, so he’s a dual-threat kind of a kid. It poses a challenge for us, so we’ve got to keep him in check while also trying to stop the run game.

The Panthers have struggled all season on both sides of the ball. The offense is averaging 12.7 points per game, while the defense is giving up an average of 42.8 points.

However, Lenoir City has shown flashes on both sides, which leaves Cortez feeling optimistic about the progression and direction of the program.

“There’s definitely moments where our guys have looked so good and when you look at our varsity film and JV film, we’ve got guys executing our bread and butter offense and defense,” he said. “We’ve reworked that whole linebacking corps, and our two inside linebackers are neck-and-neck with tackles and have progressed. You look at our defensive line, we’ve rotated some guys in. Defensively, you look at all 11 guys out there and they will all be back next year. ... Do we want more wins on the scoreboard? Heck yeah, but at the same time, our kids are playing, progressing and are giving us everything they have.”

The Greenback School Cherokees (2-6, 2-2 Region 2-1A) are itching to get back on the field after missing nearly a month due to COVID-19 complications.

The Cherokees were slated to play the Harriman High School Blue Devils on Friday, but the game was called off Thursday due to health-related issues on Harriman’s side.

Greenback’s previous games against Lenoir City and Coalfield were also called off due to COVID-19 issues within the Cherokees’ locker room.

“We were going to have the entire team minus three guys for the Harriman game, and then Thursday they let me know that they had been hit pretty hard and couldn’t play,” Greg Ryan, Greenback head coach, said. “At the end of the day, Harriman ended up canceling on us. It’s unfortunate for us as well because if had played Harriman, it was exactly one month from the last time we played Oliver Springs. It’s been a rough year for Greenback all together, and it’s nothing that no one can really do anything about.”

The Cherokees hit the road Friday for a pivotal Region 2-1A matchup against the Midway High School Green Wave (6-2, 3-1).

“They’re a zone running team and don’t run any gap scheme stuff,” Ryan said. “They don’t run the ball very much at all, but I think they throw the ball so much that the offensive line doesn’t get asked to run block a whole lot. The quarterback is arguably the best throwing quarterback in our region this year. They run a lot of doubles and trips, and unlike many teams we see, they change formations a lot. That minimizes what you can do defensively. Goodman, in my opinion, could be the best player in our region.”

Despite the long layover, Ryan believes his team will be healthy and ready for the challenge.