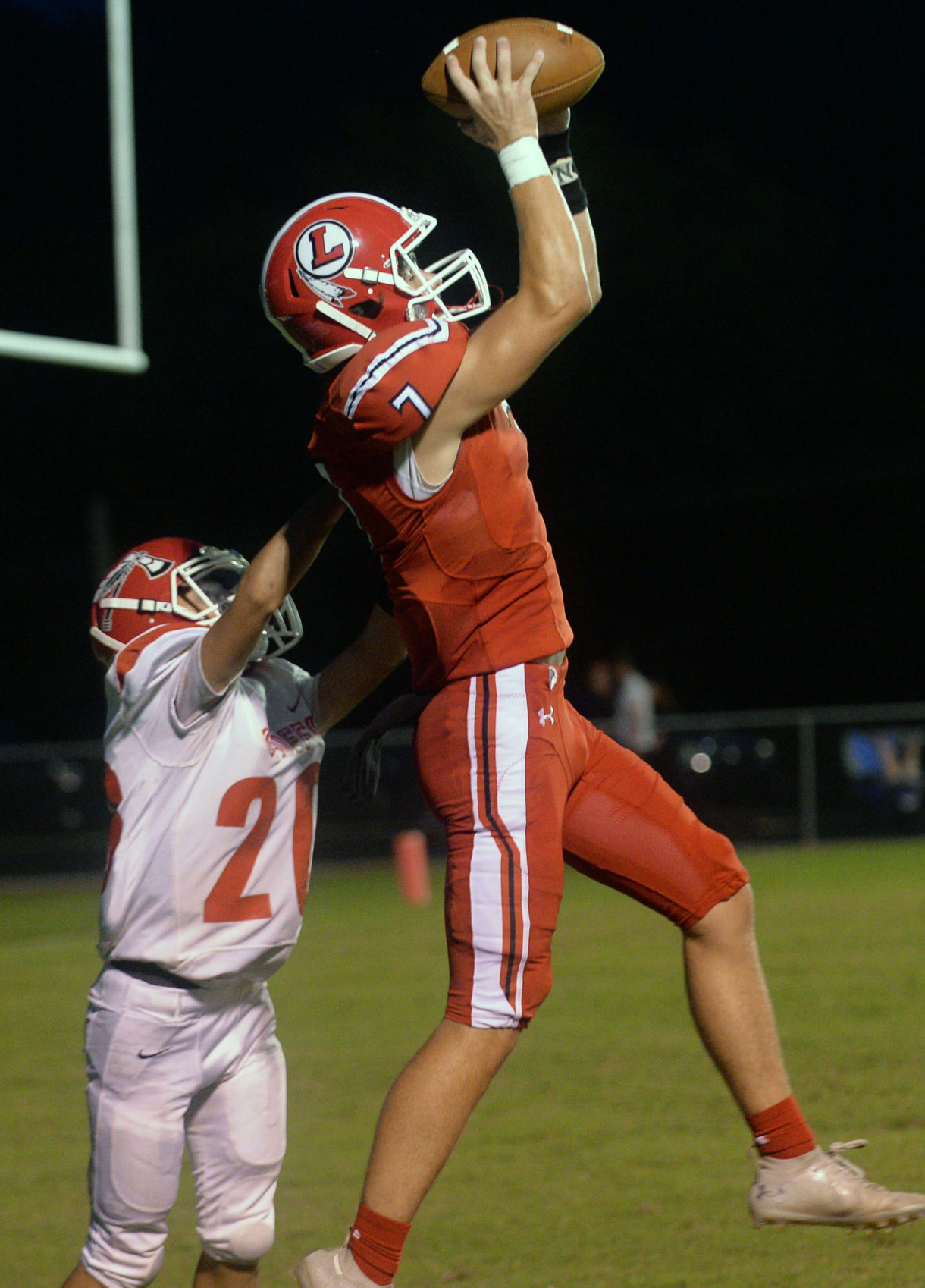 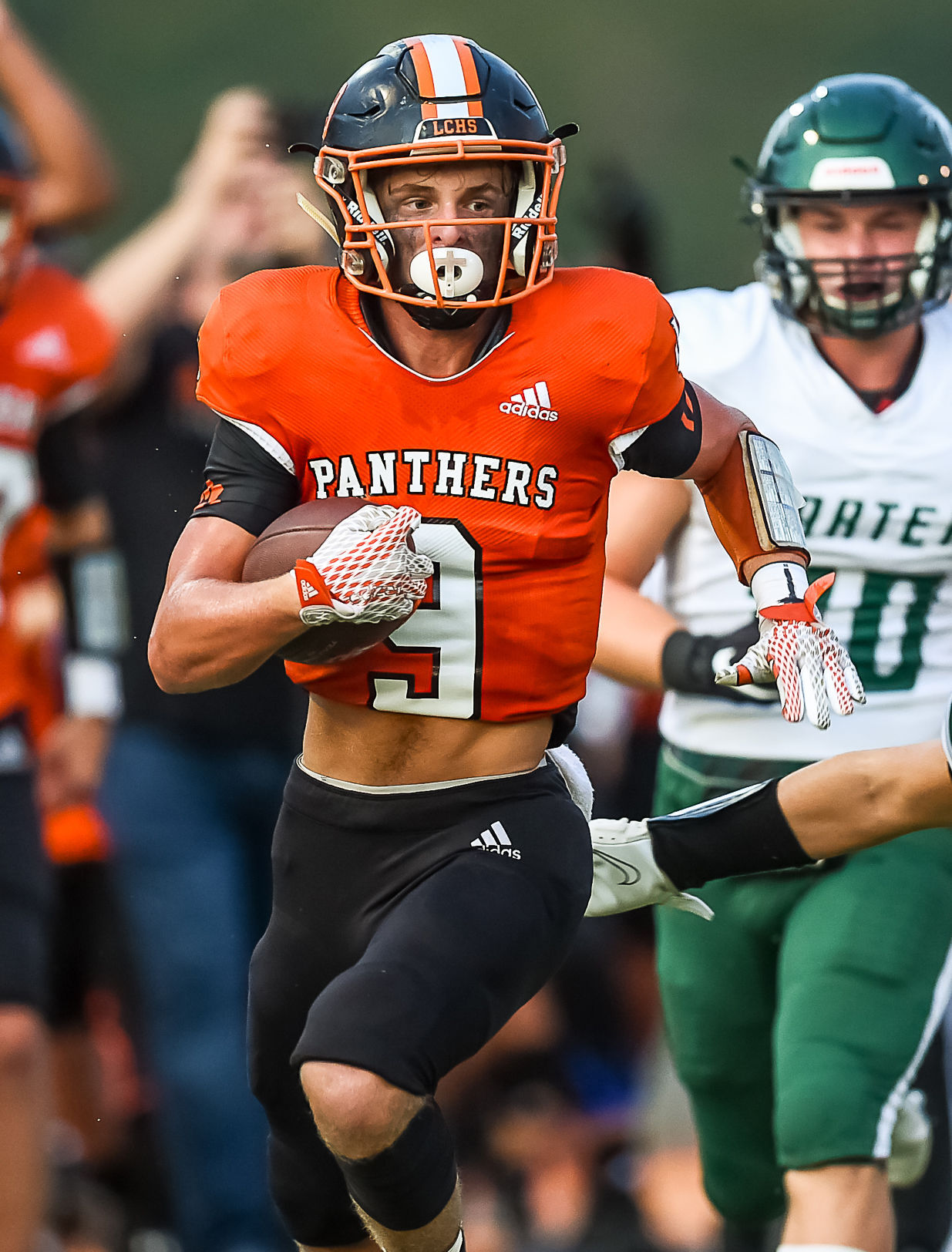 This week marks the halfway point of the 2020 high school football regular season, and all three Loudon County teams are gearing up to return to region action Friday.

The Redskins are ranked No. 4 in Class 3A in the state’s Associated Press high school football poll.

“Of course, they’re pretty confident because it’s that false toughness, so there’s little things,” Jeff Harig, LHS head football coach, said. “There’s a saying that we’ve used around here that says, ‘If you’re going to kill the beast, you’ve got to take care of the little things.’ We’re going to play a group that goes by the (Red Bank) Lions that are going to be really athletic, so my focus with my group is we’re going to enjoy wins and have fun doing it. It’s the little things that are going to carry us through the rest of the year. I don’t mind if they’re confident because we put a lot into this, but as long as I’m seeing those little things that they’re willing to do, I’m not worried about them being overconfident.”

The Redskins will host the Signal Mountain High School Eagles on Friday for the second Region 3-3A contest of the season.

“Right off the bat when they get off the bus, they’re going to pose challenges because they’re in a 3-3 stack defense, which is designed to create confusion for the offense,” Harig said. “They’re playing a double-wing, Wing-T motion offense. Now it may not be a lot of Wing-T stuff, and if you’ve ever watched Navy play, that’s the closest team that I can associate them with. They’re going to challenge us from an alignment standpoint and from an assignment standpoint.”

The Redskins are averaging nearly 40 points per game on offense and have given up an average of seven points on defense.

“You know right now, we’re scoring,” McKenzie Lunsford, LHS senior tailback, said. “Our confidence is pretty high. We think we can push the ball down the field and just basically score whenever we want to.”

Lunsford has been an explosive player for the Redskins this season. He rushed for more than 200 yards and four touchdowns against Brainerd and most recently hauled in a 60-yard touchdown reception on the first play of the game against Sequoyah.

“We knew we had an ability for guys to step up, but I think the biggest difference is each team we’ve played is probably not as good as they were last year,” Jeff Harig said. “It’s allowed our guys time to mature, and I feel like we created some big plays in the passing game Friday night and got some of those guys loose. We’ve felt like there wasn’t going to be a lot of drop off, so I just think we’re a little bit different. We’re not maybe as flashy as we were last year, but I think we’re still getting the same effectiveness done.”

“We should be getting two guys back this week, which will help us with our depth,” Jeff Cortez, LCHS head football coach, said. “Obviously, Tucker will add leadership for us, and, again, having two more linemen gives us a better rotation at the defensive line and offensive line positions, so that will be nice. There’s absolutely nothing for us to lose this weekend, so we’re putting in the work as a staff and looking forward to the opportunity to host Rhea County. We’re excited to play them and have another opportunity to get a W in the win column.”

Lenoir City has struggled with Rhea County since joining Region 4-5A in 2017. The Golden Eagles (3-0, 1-0 Region 4-5A) run an explosive Wing-T system that has given the Panthers fits the last three seasons.

“When you look at our region, they’ve kind of been the thorn in our side every year,” Cortez said. “We’re going to have to possess the football and can’t turn it over, that’s No. 1. Two, we’ve got to steal a possession a half, and that means we’ve got to make them fumble it, make them throw the interception or just come up with extra ways to maintain it.

“Rhea County is Rhea County — they run that big Wing-T to perfection,” he added. “We’ve got to be disciplined defensively. We’ve got to hold up inside. Offensively, we can’t turn the ball over. We have to possess it, we have to attack their triple-stack cover 3. We’ve got to understand where we can hit them and just stay patient with the game plan.”

Cortez has been pleased with freshman quarterback Brett Cortez after moving Zane Ward to a hybrid receiver/running back role. However, the keys to success this week depend on the offensive and defensive lines.

Greenback hosts Oliver SpringsAlthough the Greenback School Cherokees (1-3, 1-0 Region 2-1A) were awarded a region win against Sunbright on Sept. 4 due to COVID-19, head coach Greg Ryan is looking forward to earning a second region win this week against the Oliver Springs High School Bobcats.

The Cherokees’ struggles continued to mount Friday in a 21-7 loss to the Oneida High School Indians. Ryan hopes to revamp Greenback’s offense in practice after the Cherokees totaled just 200 yards.

“We’re just trying to take them one game at a time and try to get a little bit of improvement,” Ryan said. “As a coach, your No. 1 priority is to keep the kids safe and make sure they having fun, that’s the No. 2 thing. In my experience, winning’s fun. We’ve got a lot of work to do to get better each day and just take it one week at a time.”

“We had a couple of guys like Colton Alexander that got hurt,” Ryan said. “A few other guys got banged up. We don’t have the results on how bad or what the injury is on Colton, and, hopefully, it’s nothing major or serious but we still don’t know yet. We’re still searching for answers offensively, even this week coming out not having a lot of success against Oneida.”

“When you watch them on film, they’re a lot like us in that a lot of personnel and a lot of faces have changed but the system hasn’t,” Ryan said. “They’re running pretty much the same scheme that they’ve run offensively for the past few years. Defensively, they’re still a 3-4, two-high team so they’re a very aggressive, run-to-the-ball defense. They are capable of sending seven in any direction at any time, so you’ve got to really communicate with the offensive line and make sure we pick up the unaccounted blitzers in some situations.”