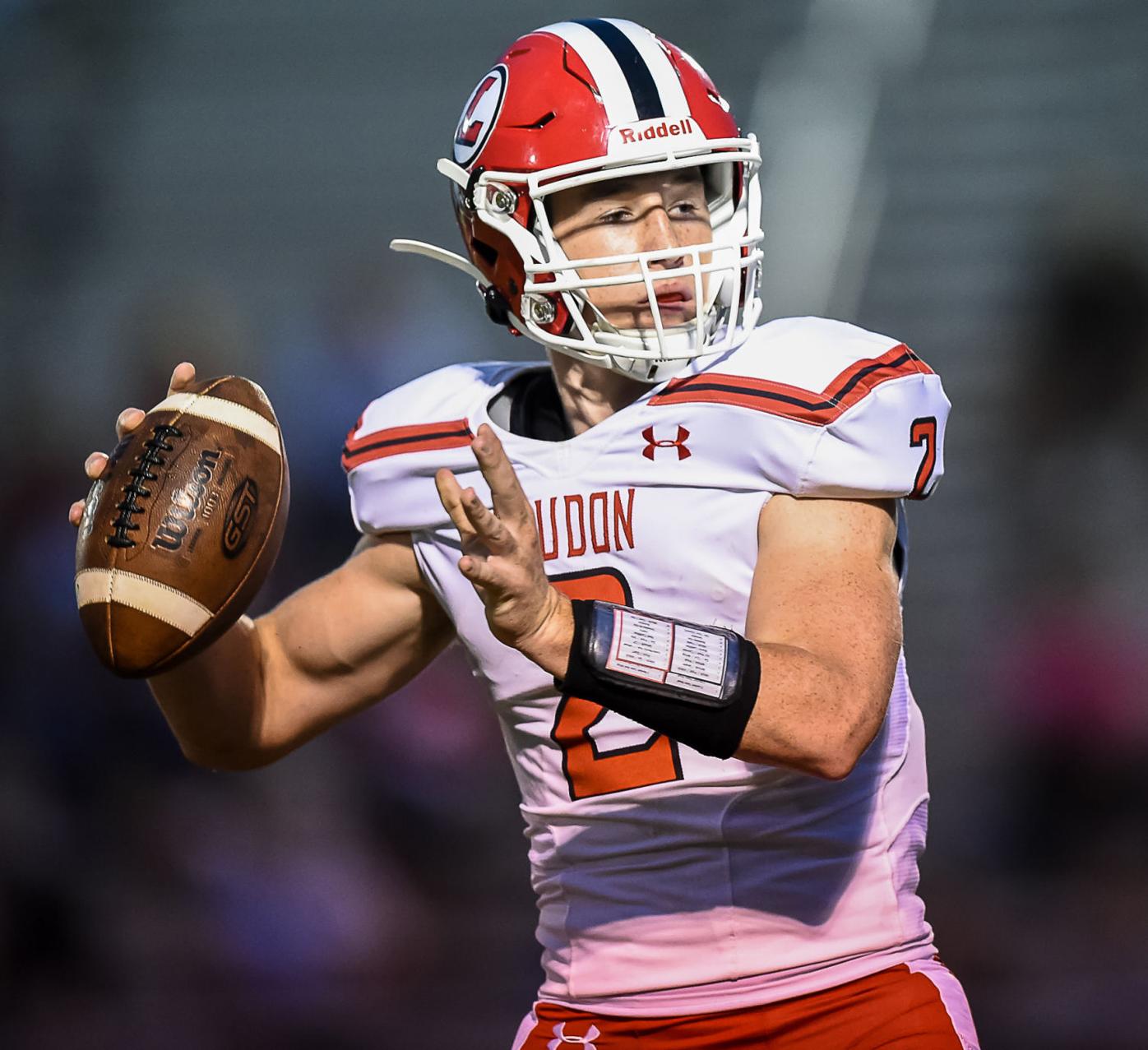 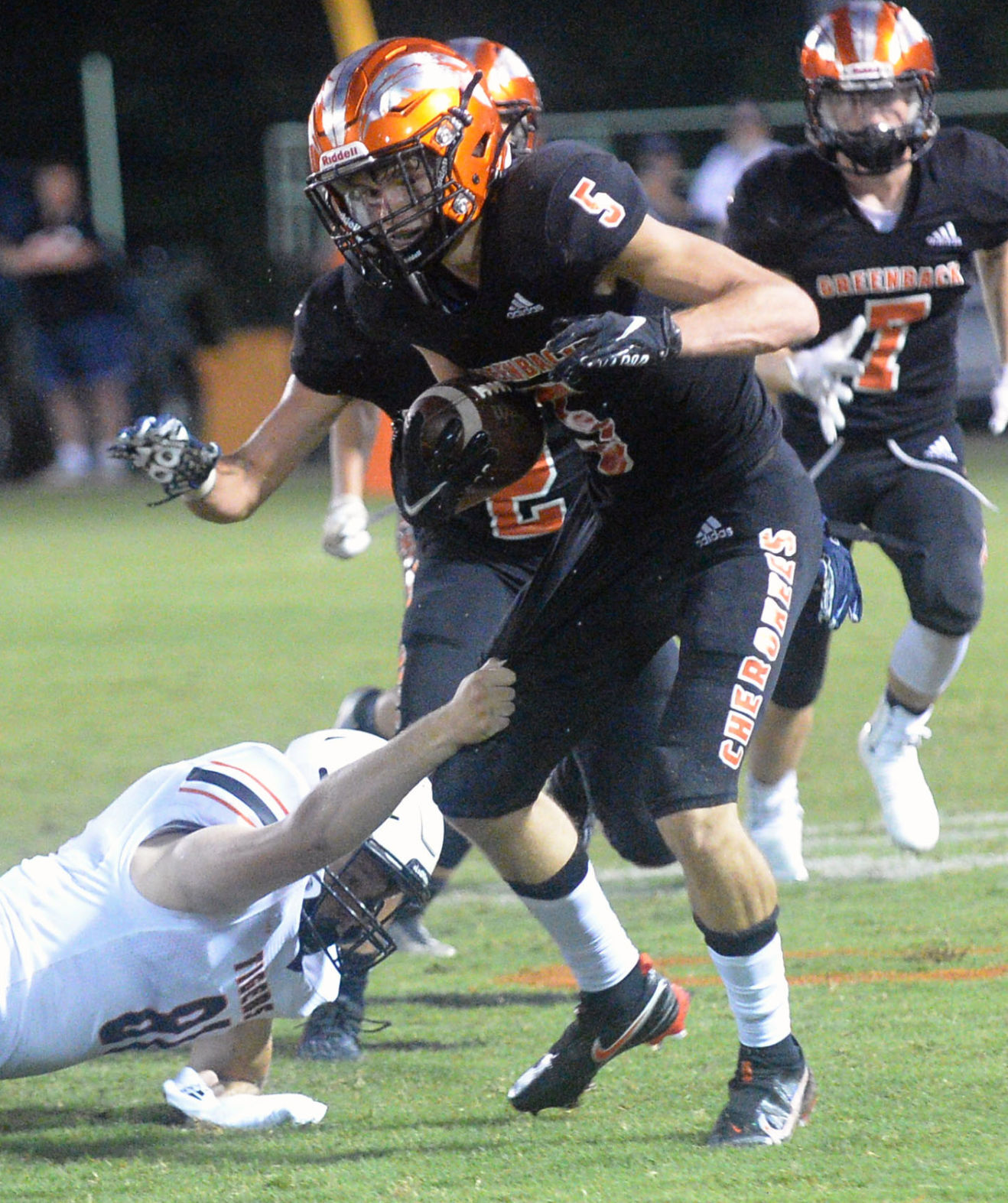 Only three games remain in the 2020 high school football regular season, and two Loudon County teams are hoping to close out on a strong note.

The Loudon High School Redskins (7-0, 3-0 Region 3-3A) are recharged after taking the week off for a mandated bye.

“It was good to get our guys back that were out with the COVID tracing, so we’ve got them back out and got at least three practices under our belt,” Jeff Harig, LHS head football coach, said. “I think we got advanced preparation that can help us down the road, which was good, but more importantly I think it was good just to get a few days off, mentally refresh and get ready for this stretch run.”

Harig believes the bye week came at a critical time after losing three starters on the offensive line the last two weeks due to COVID-19 tracing. All three are expected to return ahead of Friday’s region contest against the Sweetwater High School Wildcats.

“Anytime you start creating new identities, it does hurt you,” he said. “I thought the guys that came in for them handled that well, but the security and the comfort that comes from having three senior starters in the middle of your offensive line is a big thing not only for me as a coach but for our players as well.”

Loudon will look to remain unbeaten as the team will be on the road again for a third consecutive game against the Wildcats (4-3, 1-2 Region 3-3A).

“They’re a team that plays really hard, and they have a guy that plays running back for them that runs really hard,” Harig said. “He’s kind of the heart and soul of the team. The quarterback kind of has the ability to extend plays with his athleticism, so he’s definitely one you want to try and corral and get him when you have the chance. They’ve got two big-play receivers that they like to get the ball to. For us, this is a team that’s dangerous on the offensive side.

“Defensively, they’re in a 3-4 so they’re going to kind of crowd the line of scrimmage,” he added. “For us, it’s going to have to be getting back to the basics and understanding who’s responsible for who and getting back into the flow of things.”

The defensive line will have to step up to stuff Johnson and prevent Long from scrambling out of the pocket.

“Our main guy is Bryce Johnson because he’s just a hard-nosed running back and is pretty much the biggest threat,” Jayse Lorenz, LHS senior defensive end, said. “They’ve got an experienced (offensive) line but it’s still kind of young because they graduated a lot of people last year that was on their line. Up front, as long as we get our holes and our gaps and everything I think we’ll be all right.”

Loudon currently has the eighth best defense in the state regardless of classification, averaging opponents to eight points per game.

“Our defensive side of the ball, we’ve got me, Devan (Nichols), (Haden) Houser ... I mean we’ve all played together as three-year starters and we’ve kind of taken over and correct people when they’re wrong,” Lorenz said. “That’s why I think our defense works so good together. We don’t have any solo tackles because we team tackle everybody, so we’re not selfish. I think we’re going to do pretty good.”

okees returnAfter being off for three weeks largely due to COVID-19 issues, the Greenback School Cherokees return to action Friday at home against the Harriman High School Blue Devils.

The Cherokees were forced to cancel last week’s highly-anticipated rivalry game against the Coalfield School Yellowjackets due to “team sickness.”

“There shouldn’t be an issue with us, but you never know what’s going to happen between now and then because I think Harriman’s having some issues with contact exposure, too,” Greg Ryan, Greenback head football coach, said. “We’re going to do everything possible to play, but as of right now it looks like it shouldn’t be an issue. If we get to play Friday night, it will be one month since we’ve played a football game.”

The Blue Devils enter the week 1-3 in Region 2-1A play but have several weapons that have Greenback’s attention.

“Harriman’s got a lot of athletes and for the first time in several years that I’ve watched them play, they’re probably 85% throwing the ball, which is something they don’t do every year,” Ryan said. “Their quarterback throws the ball real well, and they’ve got five different receivers that they play that can all go get the ball in the air. It’ll be a challenge for us, and we’re going to have to mix up some in play coverage and play in some different coverages to give them a confusing look. We have a blitz package in the game where we can come after him at times but also drop back in zone coverage.”

Ryan said several starters will still not be available until Friday prior to kickoff.

“Our biggest concern is not really Harriman or whoever we play, it’s really more of, ‘What do we got? What can we do? What can we do to get our boys to execute?’” he said. “We’ve got to prepare for both defenses and they’ve got some big guys up front. I think it’s a pretty equal matchup. Our biggest unknown is us and what we can do with our lack of practice and our lack of being able to prepare, but we’re still confident with our football team.”

The Panthers’ next game will be at 7:30 p.m. at home against the Seymour High School Eagles.