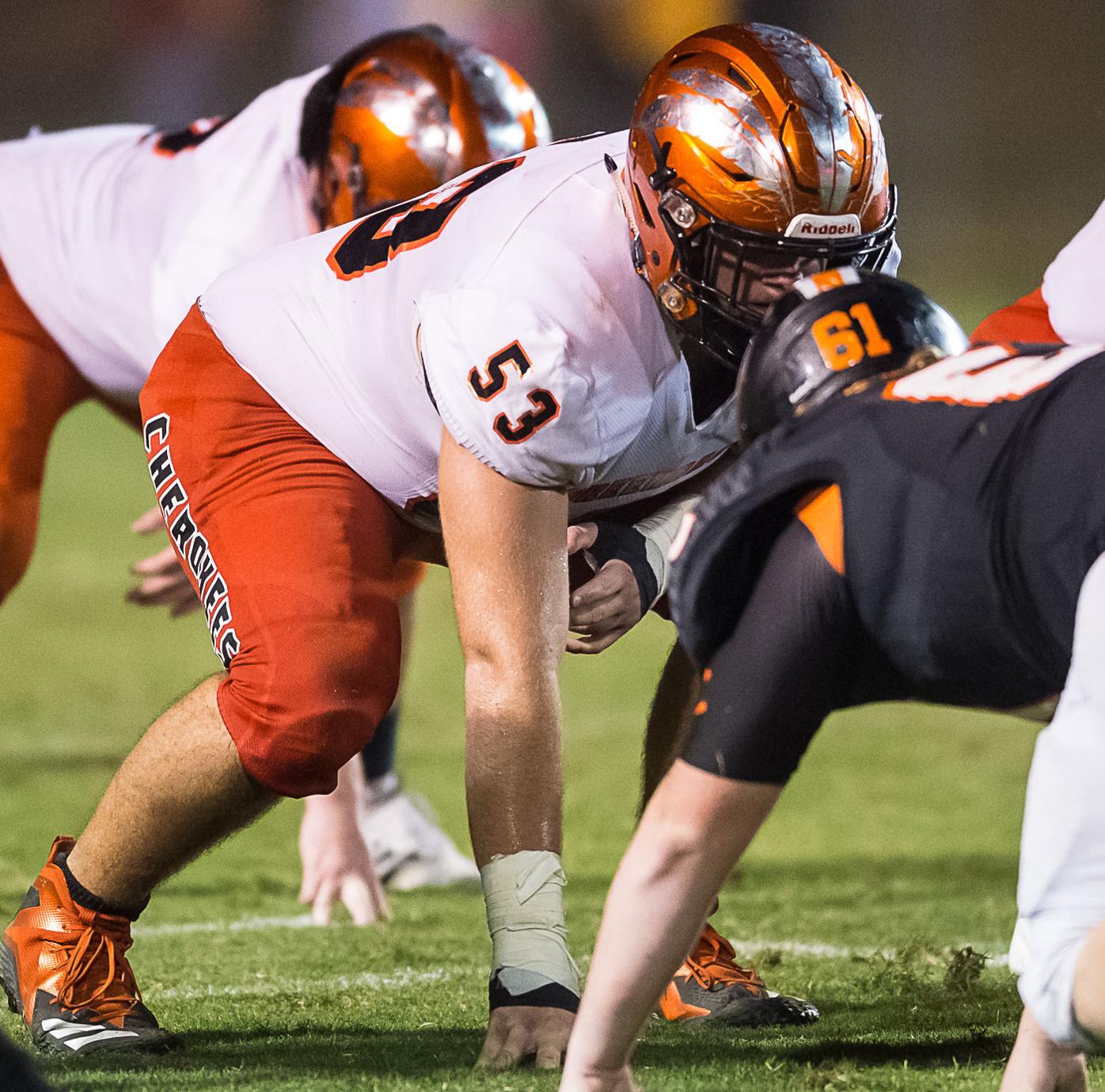 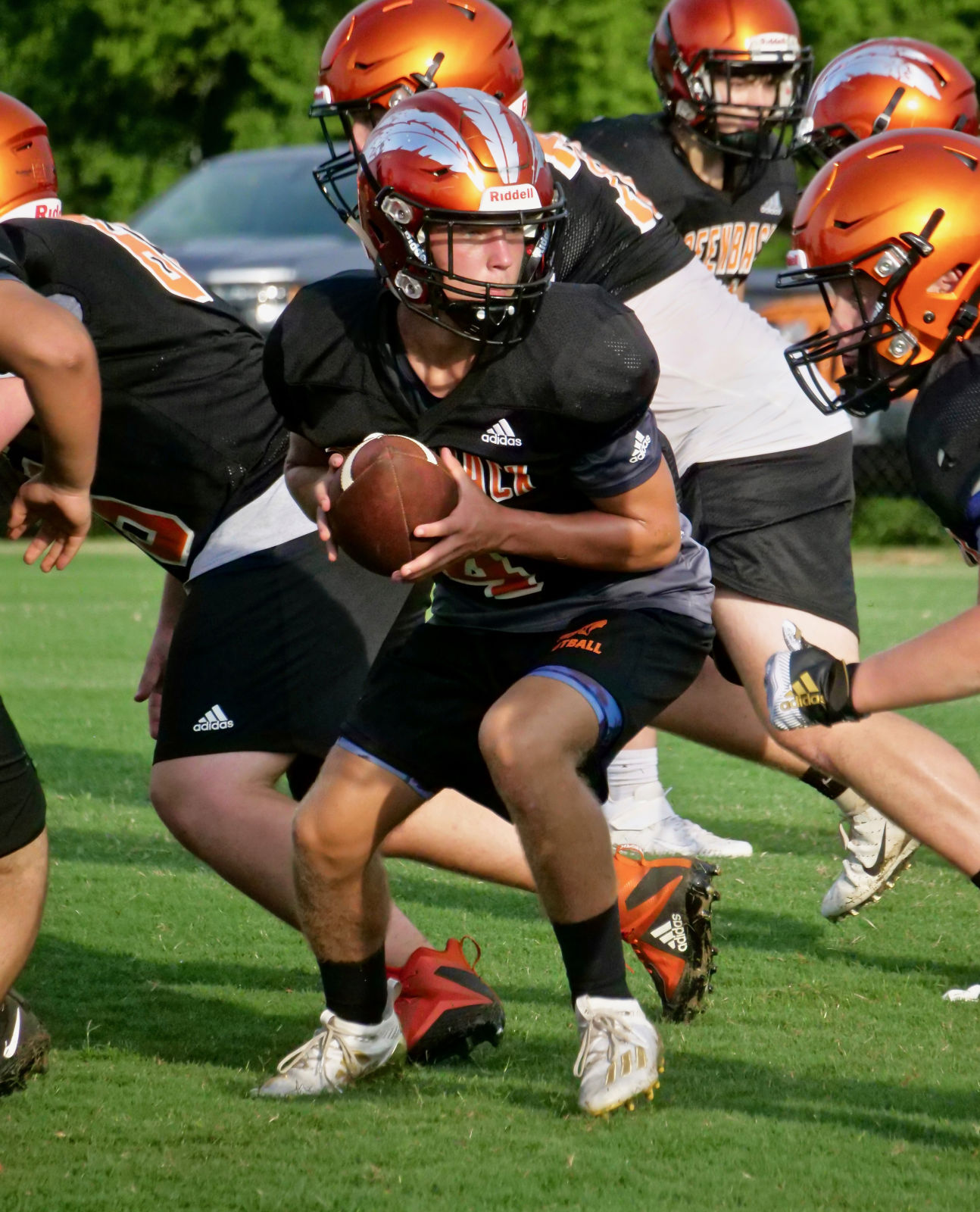 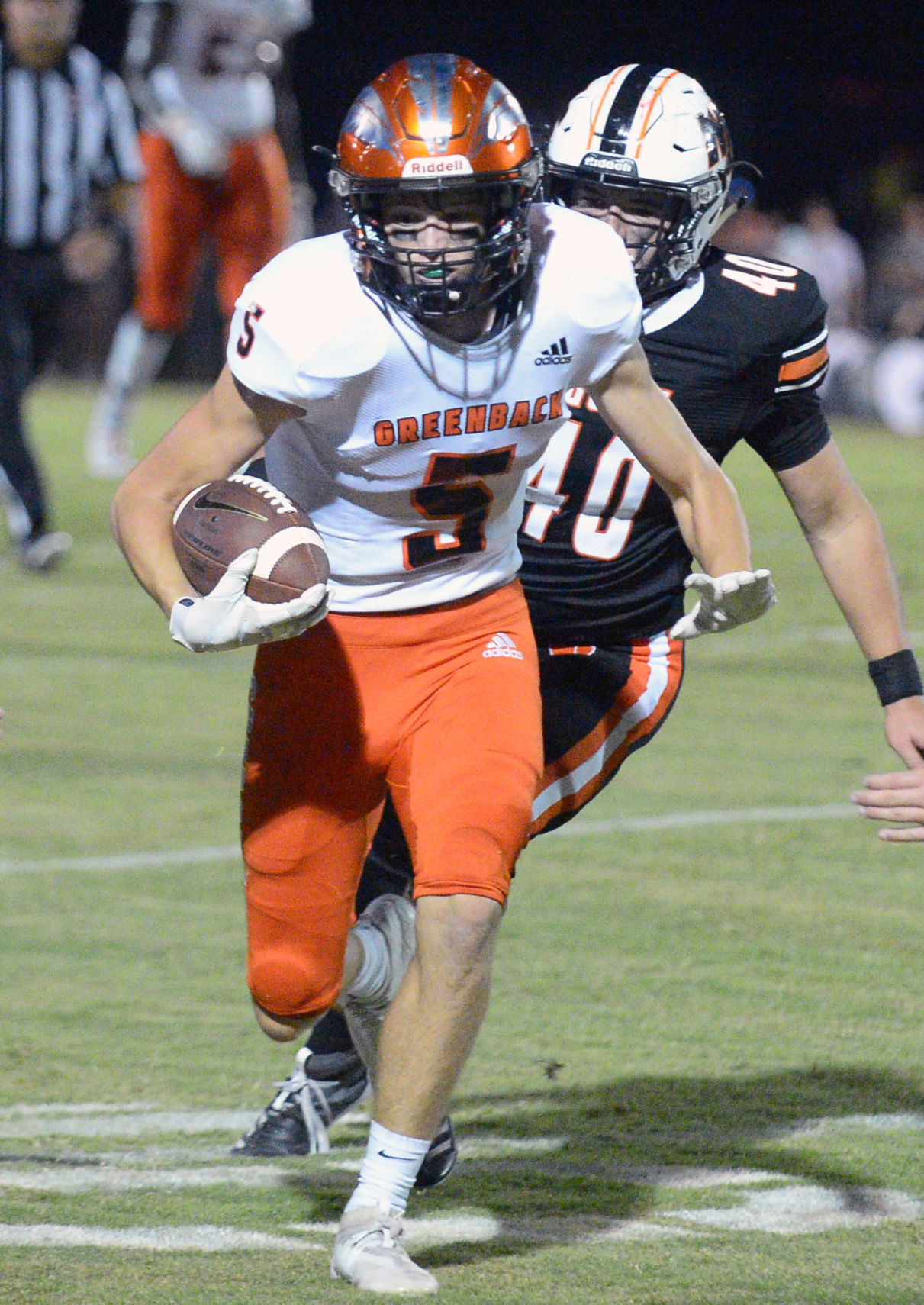 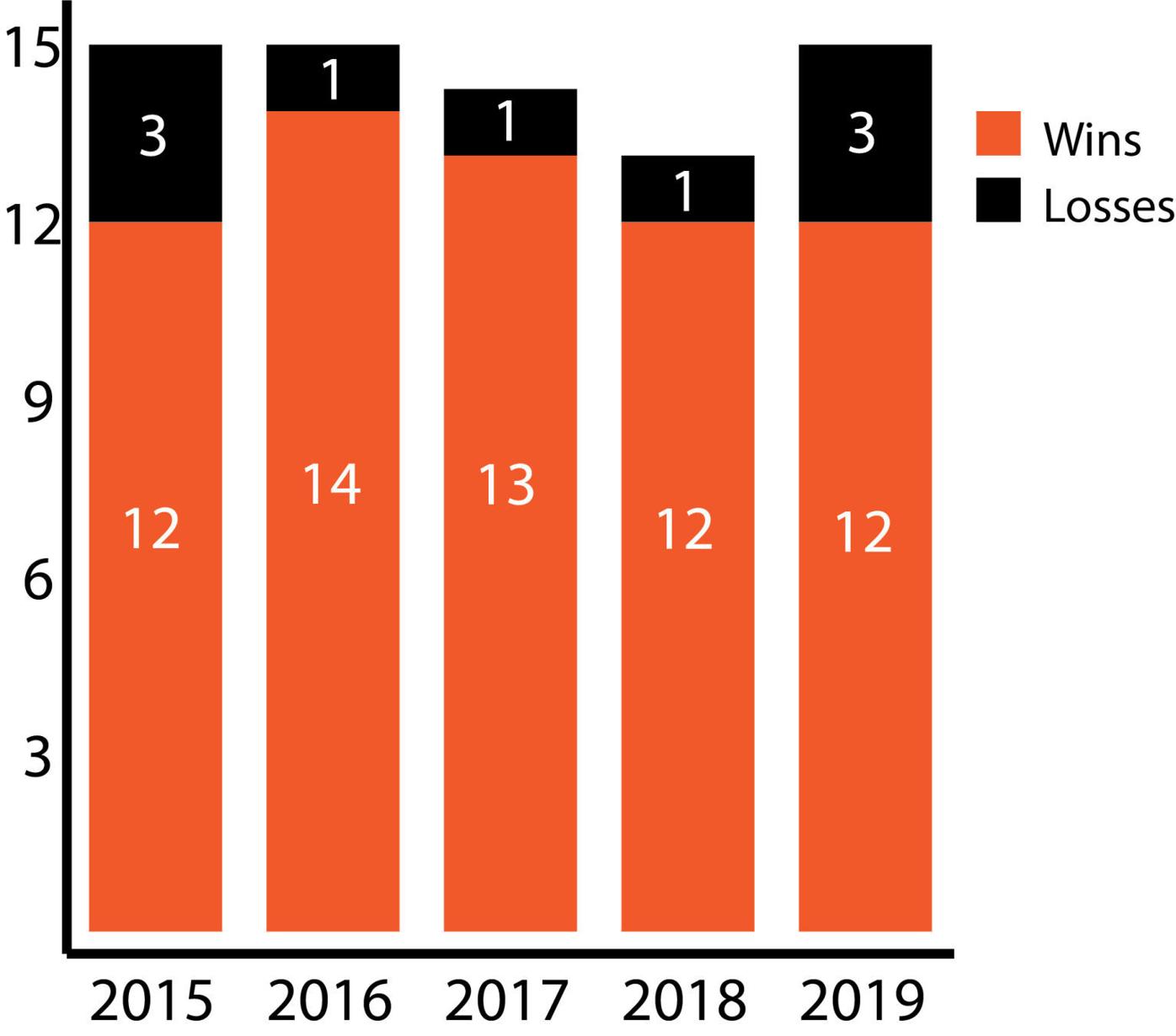 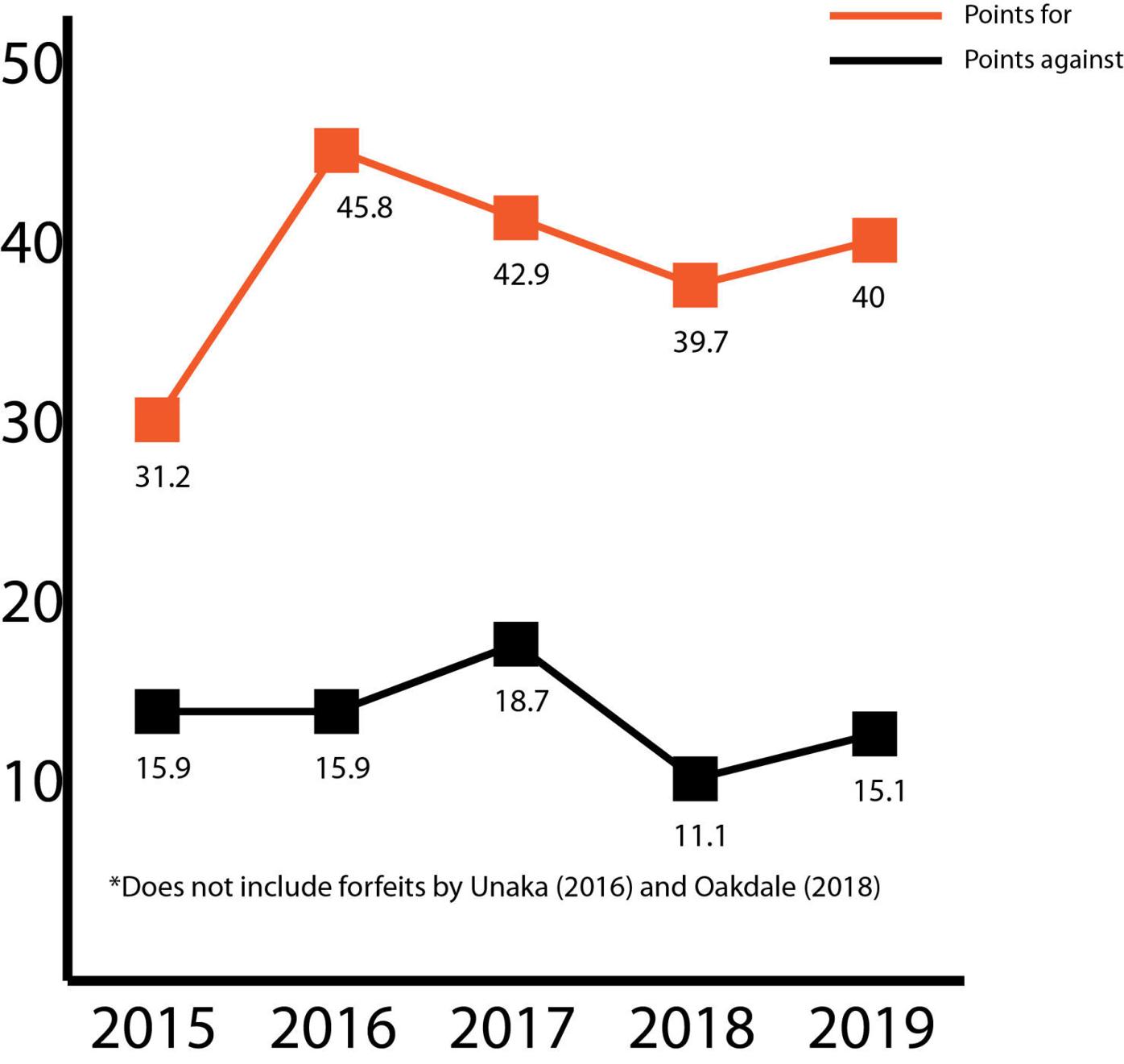 “I didn’t do my greatest job in the world, so that’s kind of haunted me a little bit over the summer having to think about the last game I coached,” he said. “Knowing that I could’ve done better myself ... obviously, they outplayed us. That was last year, and we lost about 98 percent of the offense off of last year’s team and we knew coming into the season that this was going to be a rebuilding year and that we were going to go through some growing pains.”

The Cherokees took to the weight room in January and progressed through a strenuous strength program until mid-March when the COVID-19 pandemic halted all athletic activities.

Since returning to full contact practice Aug. 3, the Cherokees have been preparing as much as possible for Friday’s season opener against cross-county rival Loudon High School. Loudon overwhelmed Greenback 51-20 in last year’s meeting.

“This whole coronavirus thing hits, which no team, nobody can help,” Ryan said. “The one good thing about the coronavirus deal is there’s no competitive advantage because we were all in the same shape, we were all still in the same shape. We have 43 guys on the roster and 19 are freshmen, and we hadn’t had a spring practice since we’ve been here, so that doesn’t affect us. You’re basically just lifting weights and conditioning, and we feel like we’re behind at this point with where we should be mentally. I think we’re decent physically, but we won’t know much about that until we play the game itself.”

Despite losing a handful of seniors and facing numerous limitations in the offseason, the Cherokees are the favorites to clinch the region.

“At Greenback we don’t schedule any game, regardless of who we schedule, thinking we can’t win the football game,” Ryan said. “Realistically speaking, we are a 1A football program that has a Loudon team that’s 3A and went undefeated last year all the way up to Alcoa in the semifinals. We play the second game against the 2A team (Meigs County) that played in the state championship game, so I mean we’ve got some really good, tough competition right off. Our expectations are to try and win the region, and I think we’ll possibly go through some growing pains.”

offenseRyan has had his fair share of highly talented quarterbacks since taking over the program five years ago, but this season will have question marks.

Freshman Brennen Duggan will be tasked with taking over the offense following the graduation of All-State quarterback and University of Louisville signee Braden Carnes.

Duggan started as a receiver and defensive back last season as an eighth-grader but has experience playing quarterback. He possesses a strong arm and breakaway speed.

“He’s a very good athlete, but he’s played quarterback all of his life,” Ryan said. “We knew at some point, we didn’t know if it’d be this year, next year or whatever, but he would be Greenback’s quarterback at some point. He’s tried to get the guys together, and since we’ve been able to throw some balls, he’s suffering just like some of the receivers are suffering with the fact that we couldn’t do 7-on-7. He’s very athletic, and he’ll be able to move very well in the pocket and throws a very accurate ball. Not only that, he’s taking control of the offense and becoming a leader more and more everyday.”

On the perimeter, the Cherokees took another big hit with the graduation of Class 1A Mr. Football winner and University of South Florida signee Holden Willis. However, senior Blake Fields returns with several athletic underclassmen by his side.

Fields, who finished the 2019 season as an All-Region 2-1A selection with 17 catches for 472 yards and six touchdowns, will be in the mix for the Region 2-1A Most Valuable Player award by the end of the season.

“A lot of people are kind of relying on me right now, and it’s kind of a lot of pressure because Holden set the bar there for receivers,” Fields said. “I know our game is different and I probably won’t make all the big plays he had, but living up to that expectation is going to be hard and I’m going to try my best. My goal this year is to, hopefully, beat his touchdown record. That’s what I’m aiming for.”

Freshman Cade Brown will be featured as the starting tight end to help create mismatches.

“Austin Burger will be our primary ball carrier, but he’ll also play some slot receiver,” Ryan said. “We ran a lot of one-back stuff last year and threw the ball probably 80 percent of the time, so you didn’t see him in there at running back a whole lot last year. This year, we’re going to have to run the ball because the strength of our team is the offensive line.”

Jeffries proved one of the best linemen in Class 1A last season and is receiving national interest from schools such as Clemson, Oklahoma, Tennessee and Virginia Tech. The 6-foot-5, 295-pound lineman currently holds offers from Georgia Tech and Mississippi State.

Jeffries’ immense size should prove beneficial since he will protect the quarterback’s blind side at left tackle.

“I think the real strength of it is going to be Colton Alexander because he’s the main key to the offensive line,” Jeffries said. “I know the quarterback’s supposed to run the offense and all that, but with Brennen Duggan being new to the quarterback position and being young, Colt’s really helping him out with the plays sometimes. Me switching to left tackle is going to be a really big help.”

ilding defenseThe Greenback offense has averaged 40 points per game over the last five seasons, while the defense has given up an average of 15 points.

Starting up front, the Cherokees will have to replace the void two-time All-State and Virginia Tech signee Derrell Bailey Jr. leaves at end with Matoy, Lawson and Flowers.

Alexander and Jeffries will plug the middle and create havoc for opposing offensive lines.

“Isiah Flowers and Sam Lawson will be the defensive ends, and both of those guys played a lot of snaps over the last couple of years,” Ryan said. “Both guys, we’re really proud of what we’ve seen in fall camp. We’ll change from an even front to an odd front, but when we do play an even front, we feel like we can roll in four guys to give us quality football and be able to give those guys rest.”

Matoy transitioned to middle linebacker midway through last season. He finished the season with 21.5 tackles, 31 assists, 4.5 tackles for loss and an interception.

Senior River Steele and sophomore Ashton Orr will join him on the outside.

The secondary loses Willis and speedster Duke Stinnett but returns Fields and Duggan at corner. Burger and Franklin will move to safety to provide athleticism and size.

“The defense will be good, but we’ve got some new people at linebackers,” Fields said. “I think our defense will be our strongpoint, but I just worry about our defensive line and defensive ends, who they’re going to be because they’ve got some big spots to fill. We’ll be young on both sides of the ball, but we’ll surprise a lot of people. The secondary, we’ll be confident. With Duggan and me playing corners last year, we know everything so we’ll be fine.”

oved kickingSpecial teams should be another strong suit for the Cherokees as All-Region 2-1A kicker Lucas Holmes returns to handle all kicking duties. He totaled 60 extra points and was 2-of-3 on field goal attempts.

Fields, Franklin and Duggan will have opportunities to return kicks and will be expected to produce explosive plays.

The Cherokees will kick off the season at 7:30 p.m. Friday at Loudon High School.