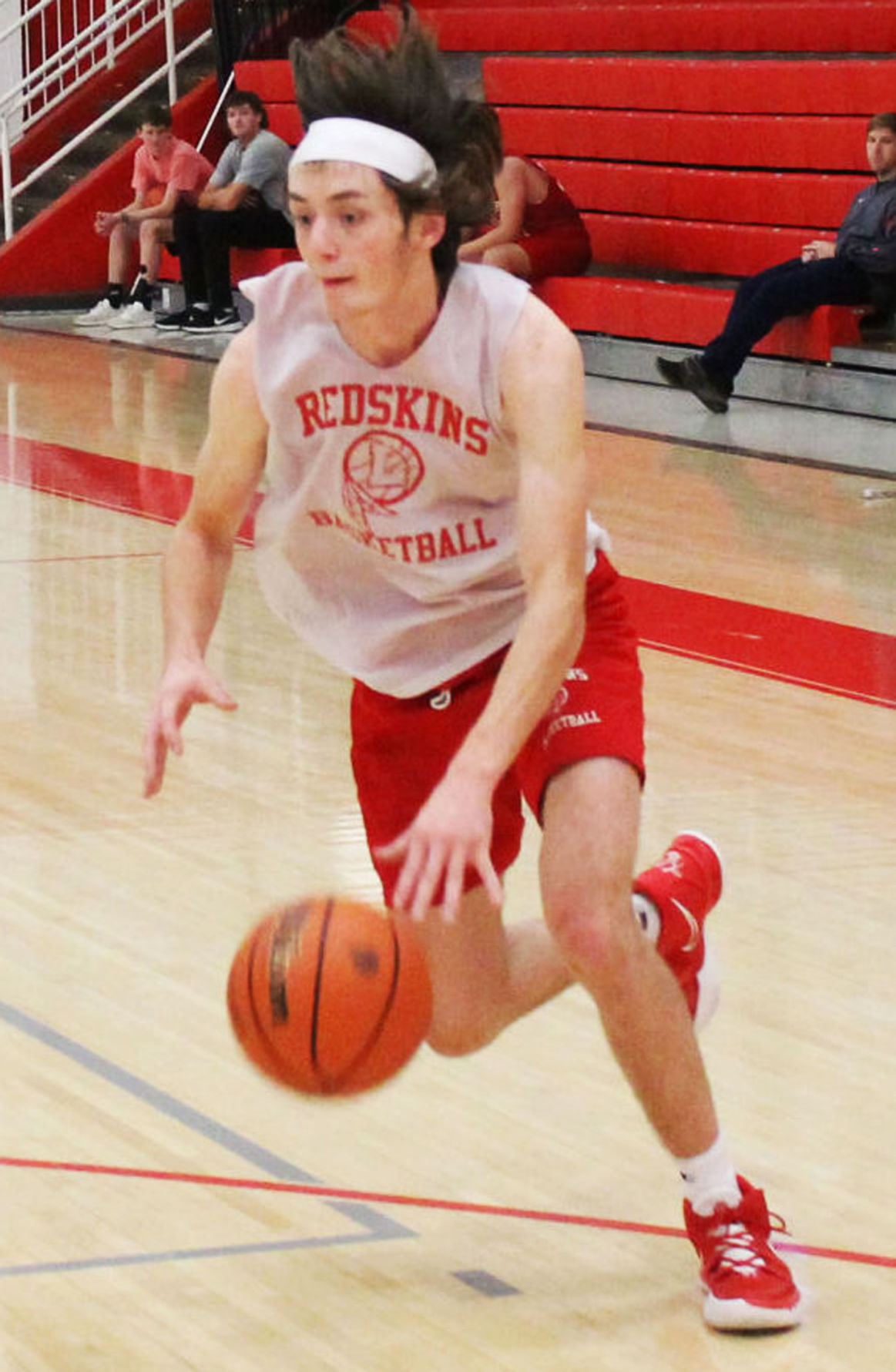 Loudon High School junior Jabe Watson pushes the ball up the court during a practice Monday at LHS. 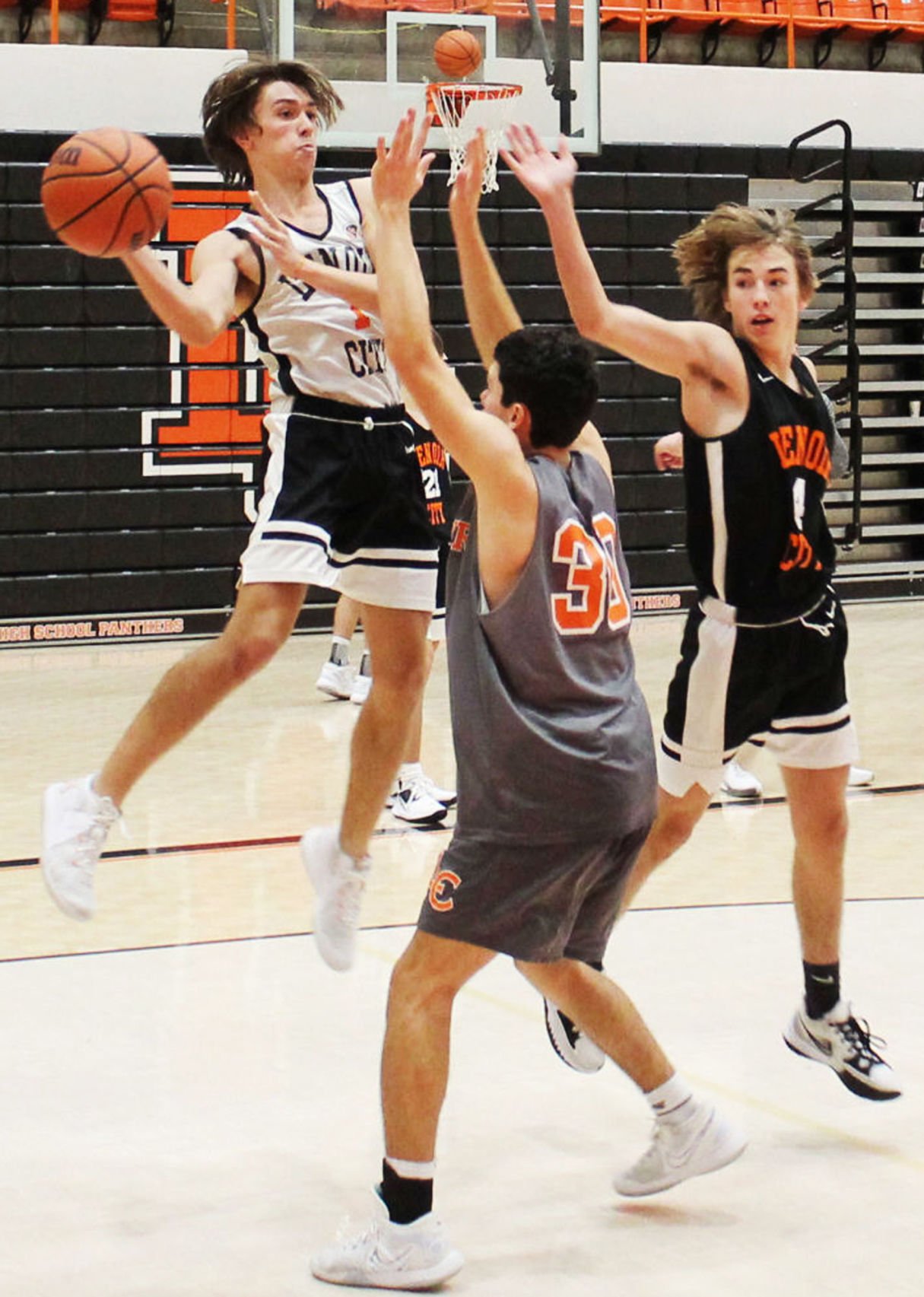 Loudon High School junior Jabe Watson pushes the ball up the court during a practice Monday at LHS.

With a variety of results last year, coupled with the impact of COVID-19, teams are looking to either repeat success or find a new path.

Loudon High School comes into the season as reigning District 5-2A champions, having won both the regular season and district tournament last year.

Under head coach Josh Graves, the Redskins got their first district title in 14 years, which they followed up with a run to the region semi-finals. Despite losing multiple key players to graduation, they are now looking to repeat that success.

Graves acknowledged doing so would be no easy feat after the departure of a talented senior class. However, he said that the lack of outside expectations would fuel his players’ ambitions.

“We feel like a lot of people aren’t really giving us much of a shot in our district, and that’s fine because we lost a whole bunch,” Graves said. “We lost a great senior group and an exceptional player, a once every five-to-10 years kind of player, so a lot of people don’t have us in the championship conversation, and we’re good with that. We’re going to put that chip on our shoulder and play with it and try to defend what we’re able to achieve last year and get back in that championship game and hopefully win it.”

“I think it gives us something to reach for, because we want to do better than they did,” he said. “We know it’s going to be hard, so it kind of gives us motivation to get there.”

Stigall said losing that leadership was tough, but challenged teammates to step up.

Although they may not have last season’s stars, Graves said this year’s team makes up for it with great depth.

“We’ve got a lot of guys that can play, a lot of guys who are pretty even,” he said. “So we’re going to try to play a lot of bodies and get after people with some pressure. Hopefully our pace of play will be at a rate of speed that people will have a hard time handling for four quarters. There’s tons of great teams in our area and teams we’re going to play, and hopefully we can wear them down, and come fourth quarter we’re catching our second wind when other people are running out of gas.”

Graves identified two members of his roster as crucial to the team’s success. He expects big things from Stigall, who came up big at the end of last season and whose 6’4” frame will help create mismatches. He also singled out senior Keaton Harig. While Harig has not yet joined basketball practice due to his starring role as quarterback on the football team, Graves said his influence on the court is just as important.

“Everyone knows Keaton being the quarterback because they’ve had so much success in football, but he essentially does the same thing for us on basketball,” Graves said. “He’s our quarterback of our basketball team and gets us where we need to be and runs those set plays or gets us where we need to go, and he’s very good at putting his head down and getting to the rim.”

Fans who attend games can expect a “track meet,” since Graves wants to use the team’s depth to play fast-paced basketball. With the intensity, he hopes to see another successful season.

“And then we could hopefully make a deeper run when it comes to region play,” he added. “It’s been since 1991 since we made a sub state appearance, so that’s something that I obviously have aspirations for as a coach. I’m from here, I went to school here, so I would love to see Loudon basketball get back to that point. So that’s a goal on our culture list as well, but ultimately the first one is we have to be clicking come tournament time and get back in that district championship game.”

Brannon said team’s goals are more about progress than results for now.

“(The objective is) just to keep the main thing the main thing, and that’s each other,” Brannon said. “We’re going to stay the course and stay true to the process and we’re not going to deviate from that. And that’s going to equate to, over a long period of time, dramatic improvements. That’s just a ripple effect of improving just a little bit every day and everybody pushing in the same direction, so just staying true to our core values as a team and as a program, and doing that together.”

Brannon said he believed things were going in the right direction after his first season, and that has shown no sign of stopping in the preseason.

“It’s been great,” he said. “The guys have been working hard, they’ve been very diligent and intentional about being here, being faithful to the process, and they’re putting in the sweat equity to reap the fruits of their labor for success. So it’s been solid.”

The hard-working mentality has also led to a strong team chemistry, which Brannon singled out as the Panthers’ key strength going into the season. He said fans can expect to see unselfish plays and a lot of effort on the court.

Having a younger team is not all bad, either, as Brannon said it could help them build greater depth than opponents.

“It’s a long season, and you want to be able to have quality depth by the time the postseason gets here,” he said. “So it’s a great opportunity to develop those guys because we have some pieces that have the tools, they just haven’t gone through that experience just yet. So it’s just a great opportunity to develop that depth we’re looking for as we progress throughout the year.”

The Panther’s first game was Tuesday against Oakdale High School after News-Herald presstime. The next game is at 7:30 p.m. Friday at home against Sweetwater. They begin their district campaign Dec. 14 by hosting Austin-East High School.

After a challenging season under a new head coach last year, the Cherokees are looking to set things right.

Now in his second year at Greenback School, Shane Belcher said he is pleased with the progress he has witnessed.

“We’ve been working on the culture since last year, changing culture,” Belcher said. “So I think we’ve got that were we want it and our kids were really bought in and worked really hard this summer when we were working on getting stronger, faster, quicker in the offseason. Now we’re grinding away toward our first game.”

Belcher will be helped by a large returning class. Many young players became starters by the end of last season through their work ethic, and he sees their return as vital to the program’s success.

“It helps a lot, because when you try to build a new culture, if you start off new every year it’s going to be tough,” he said. “By the end of the year, those guys knew my expectations. And those guys stepped up and have been leaders this year and I appreciate them in early season workouts.”

Belcher said he can build on continuity this year as he keeps implementing a new culture. A big idea he and the team are focused on this season is to stop making excuses, something he said was too prevalent last year.

“This kind of goes with building the team culture,” Belcher said. “Last year, there was a lot of excuses flying around, so this year we’re ‘no excuses,’ we’re going to get it done. That’s kind of the way we approach things.”

With this mindset, Belcher said the primary goal is to win district.

Thanks to returning players, Belcher said he feels confident going into the season since he already has a starting five he likes. The area he wants to improve is depth, where he admits the team is a bit thin.

The Cherokees began their season on the road against Sweetwater High School after News-Herald presstime. Their next game is at 7:30 p.m. Monday at home against First Baptist Academy. The first district game is Dec. 12, when Greenback will host Rockwood High School.

Jan. 13..Tennessee School for the Deaf..H

Feb. 8..Tennessee School for the Deaf..A