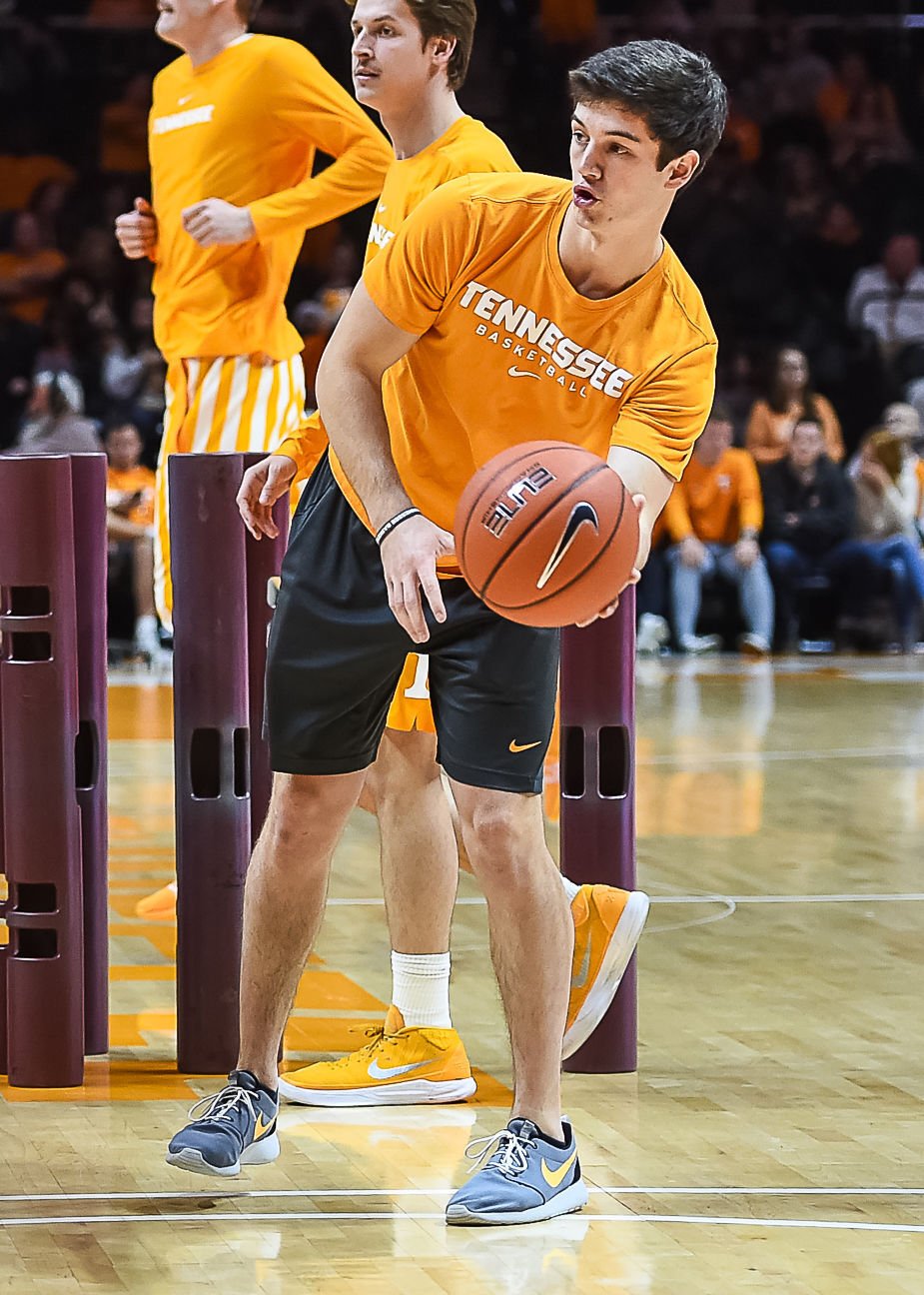 Dylan Brewster assists the University of Tennessee men’s basketball team during warmups in 2018. He graduated from Lenoir City High School in 2015 and currently serves as an assistant basketball coach at LCHS. 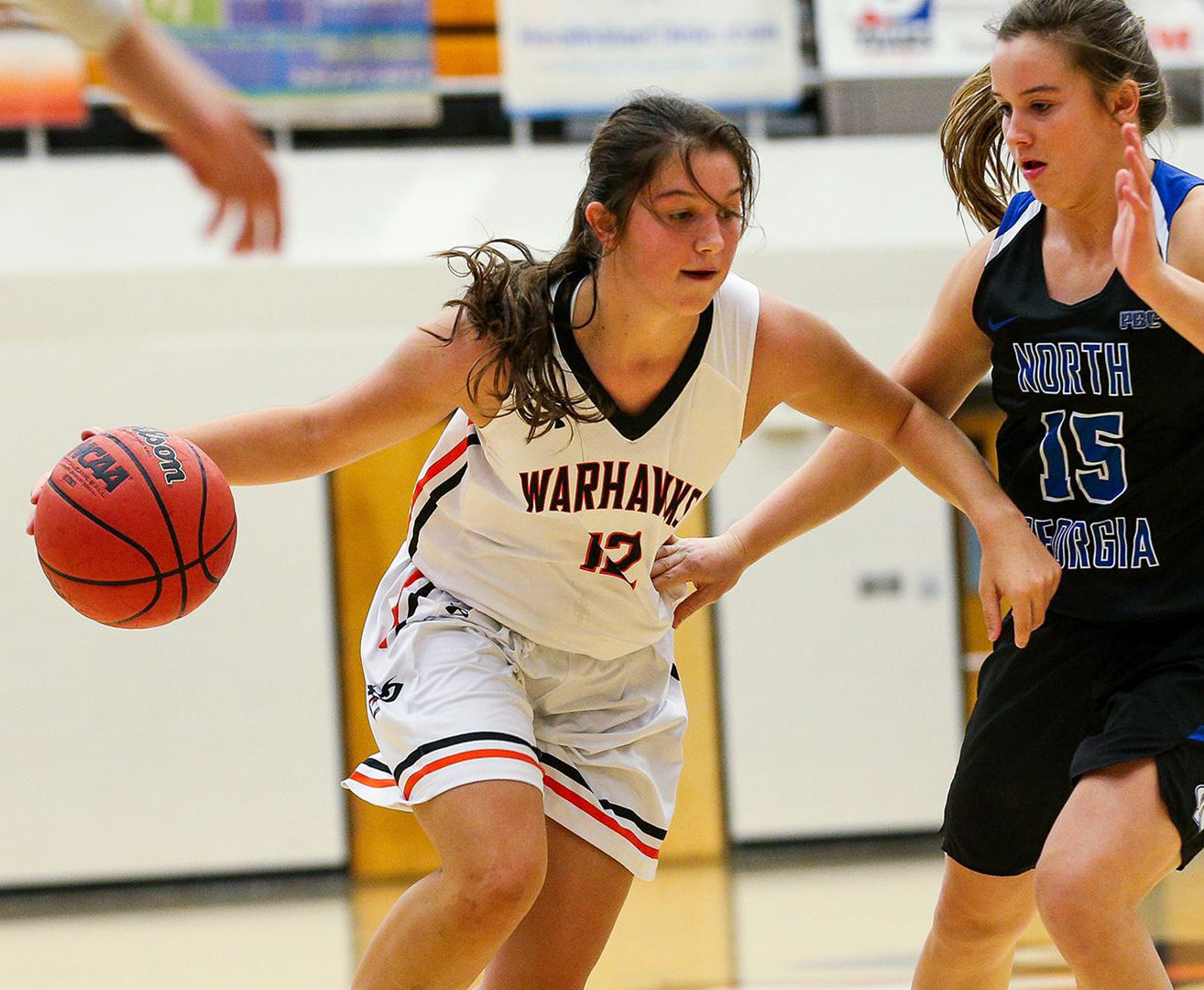 Dylan Brewster assists the University of Tennessee men’s basketball team during warmups in 2018. He graduated from Lenoir City High School in 2015 and currently serves as an assistant basketball coach at LCHS.

Basketball is more than just a game or casual hobby for the brother-sister duo of Dylan and Jordan Brewster.

Dylan, a 2015 Lenoir City High School graduate, and Jordan, a 2018 graduate, grew up dribbling a basketball, but little did anyone expect them to become two of the top basketball athletes in school history.

“As far back as I can remember, we used to have the little goals, and then you play city league over at the high school and stuff like that,” Dylan said. “Really what sort of happened was I was playing, and then Jordan Kate started playing. Even when I was like 8 or 9, she was sticking right there trying to play either with me or against me. It just allowed us to spend a little time together, and we both really enjoyed playing basketball.”

“We were very competitive,” Dylan said. “We had a little toy basketball goal in the house where we would shoot Nerf basketball, but it was actually 10 feet. We would play one-on-one or horse there in the house on one of those little tiny goals. There was one time we were playing, and I think I knocked her tooth out. We’re very competitive, and that goes for the entire family.”

“Basketball has meant a lot because that’s something we can bond over because that is both one of our biggest passions,” Jordan added. “We also connect through other things outside of basketball. Anytime we are both on the court, we always play one-on-one to see who has the upper hand. Last time we played, I won, but he always says he let me win. May be true, may not.”

After graduating from LCHS as a 1,000-point scorer, Dylan had several collegiate offers but took a different route when he decided to attend the University of Tennessee at Chattanooga as a manager for the men’s basketball team.

He worked his way into becoming a walk-on player for the Mocs a year later before graduating and earning a spot on the University of Tennessee men’s basketball team as a graduate assistant for the 2018-19 season. He prepared game films and helped coordinate practices, which helped the Volunteers achieve a No. 1 national ranking and Sweet 16 appearance.

Dylan eventually found his way back home in the summer and accepted an assistant coaching position at LCHS under first-year head coach Josh Brannon. The Panthers are off to the best start since 2010.

“I used to coach city league when I was in high school, and I would say at that point, I was only worried about winning the game,” Dylan said. “One thing that I’ve sort of learned throughout the process of going to college, you look at things more as a coach instead of players wanting to win the game. When you’re coaching, it’s more about the broad picture and trying to get the team to where you want them to get to at the end. The journey’s better than the end result-type of thing, and that’s one thing that I think I’ve taken and have tried to apply to the season we’re having at Lenoir City.”

In just two seasons, Jordan became the fifth player in program history to score 200 three-pointers and was one of five players selected to the AUM Women’s Basketball All-Decade team.

“The first two years have been a great learning experience for me as a player and to see what more I have in me to give the team,” she said. “Everything that I have achieved is great and something I’m proud of, but my main goal here is to win a championship as a team here.”

Even though nearly 330 miles separate the siblings, both remain supportive and root for the other on their respective game days.

Now that Dylan doesn’t have to power through the daily grind of being a Division 1 college basketball coach, he tries to keep up more with Jordan at AUM and hopes to catch some of her games this season.

“It’s been a great career for her so far and they haven’t necessarily won the games that they maybe want to win, but they are getting there,” he said. “She’s had a really good start to her career. The one problem was I was at Tennessee and Georgia State, so I didn’t really get to watch any of the games. Since I’m coaching at Lenoir City now, it’s a little bit closer and it’s easier to travel and go watch those games. Of course, there’s COVID so that’s off the books for now, but I’m looking forward to going to some games and supporting in person instead of just through text or through the livestream.”

Jordan tries to keep in touch with Dylan and fully supports him in his new role at their alma mater.

“We stay in touch here and there,” she said. “I text him on game days and we talk over basketball sometimes, but we are both busy. I think that he has a lot of potential to be a great coach and it’s not shining through at the moment, but when the time is right, it will. Ultimately, if he is happy, I am happy for him.”