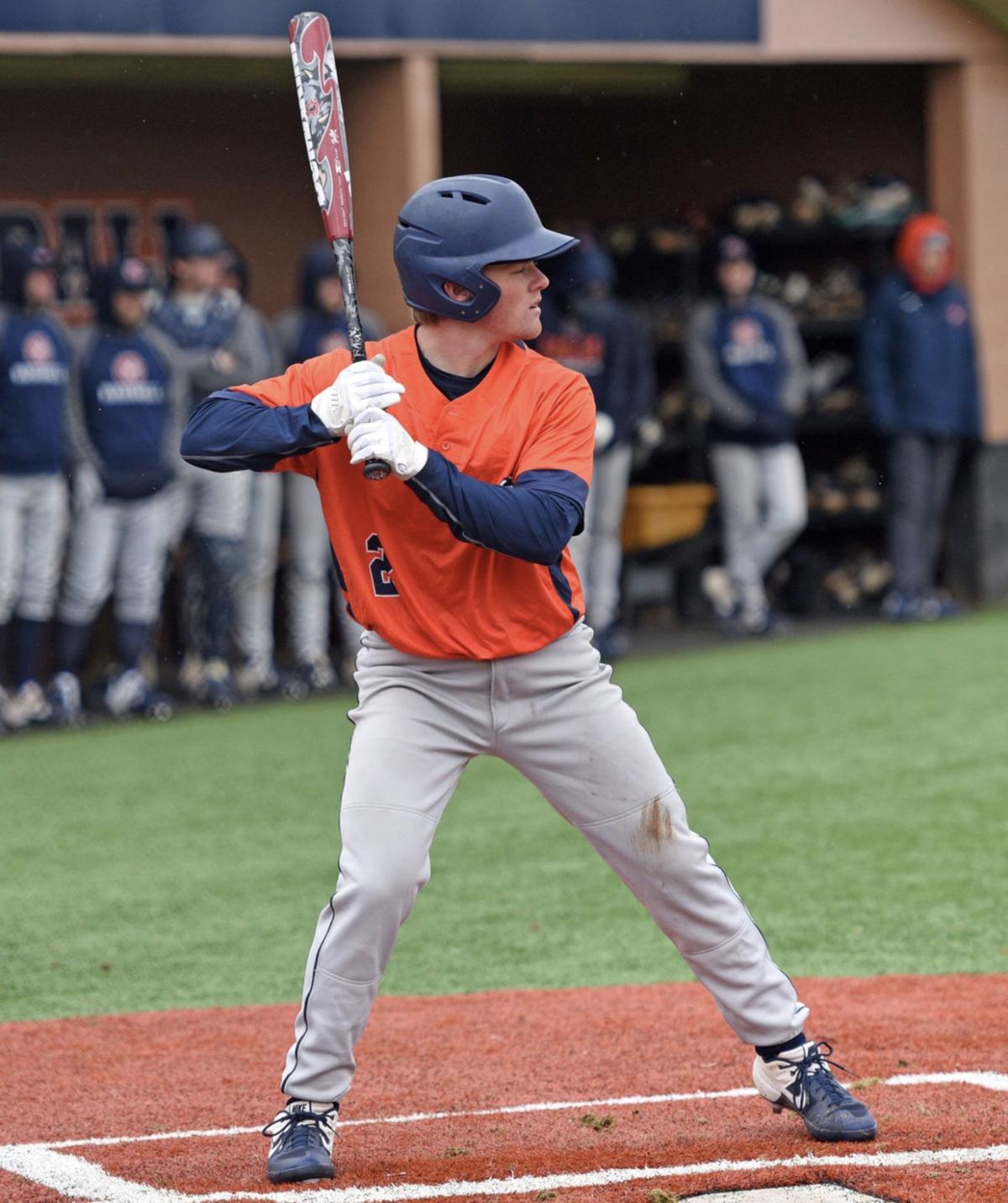 Carson-Newman University freshman Bryce Hanley waits for a pitch during a game earlier this season. Hanley was a two-time All-State player at Greenback School and helped the Cherokees capture the 2019 Class 1A state title. 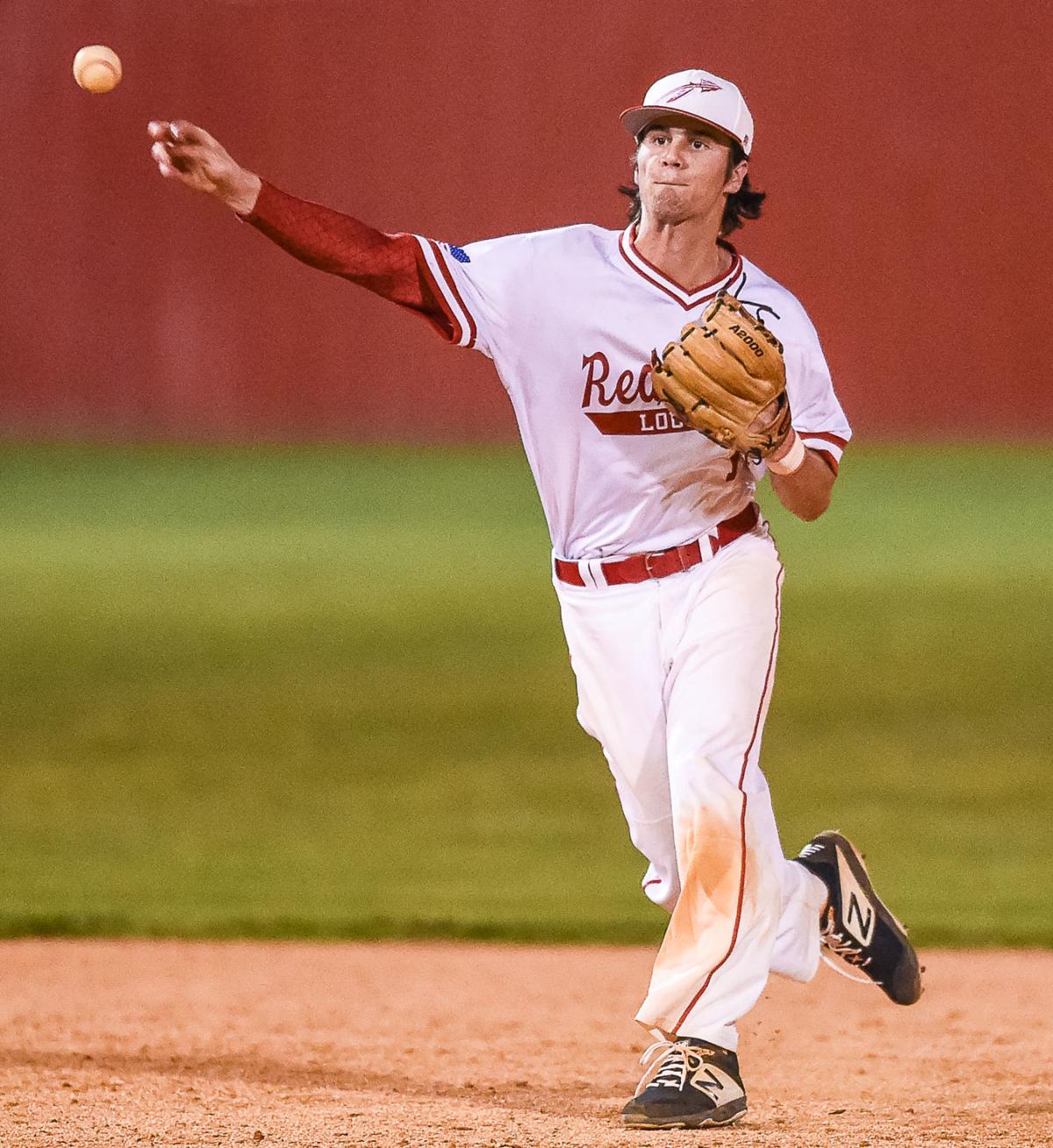 Former Loudon High School pitcher and second baseman Nathan Hickman is a freshman at Walters State Community College. He has appeared in seven games this season and has thrown 25 strikeouts. 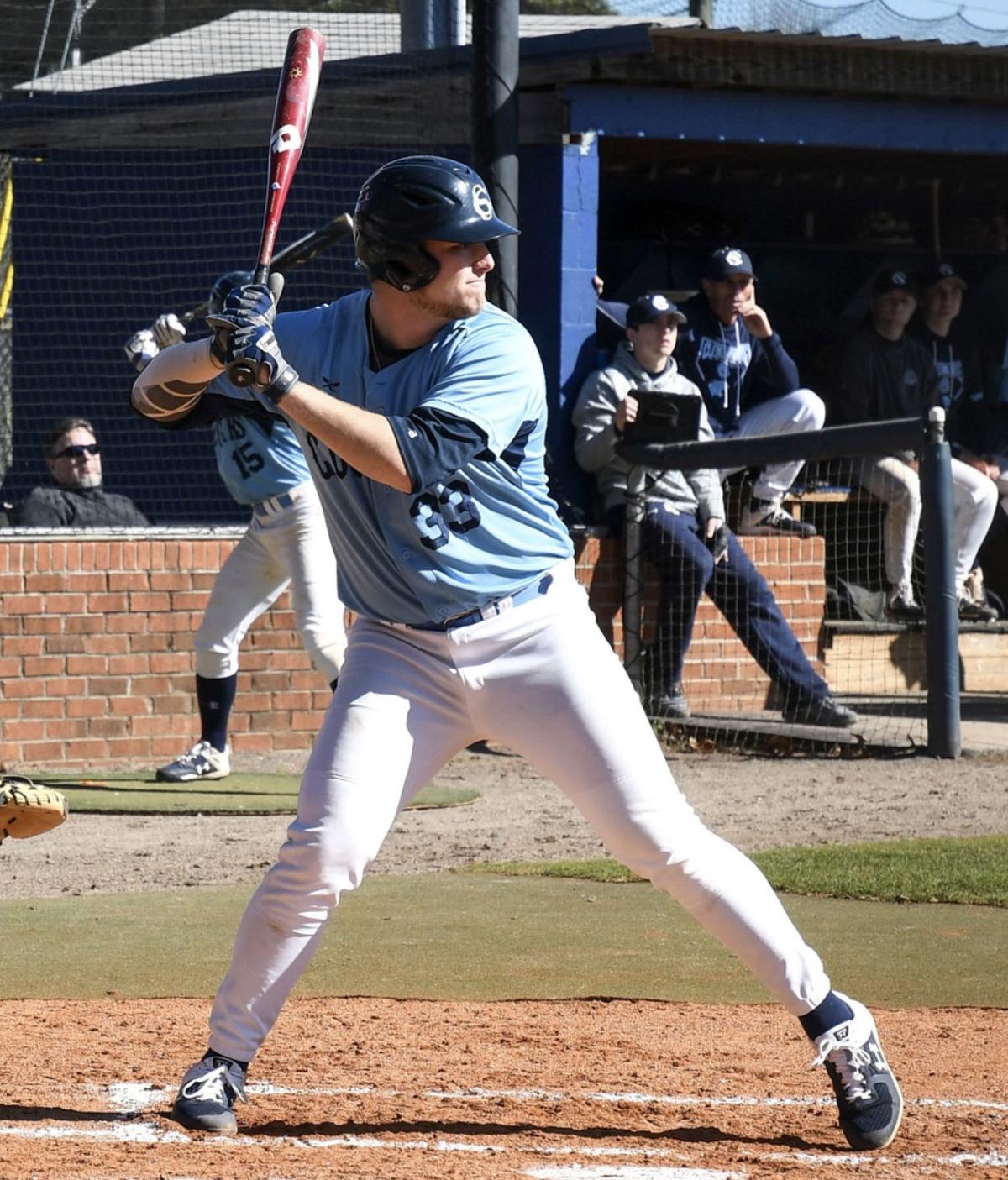 Former Greenback School star Reese Plemons made an impact this season as a freshman at Cleveland State Community College.

Carson-Newman University freshman Bryce Hanley waits for a pitch during a game earlier this season. Hanley was a two-time All-State player at Greenback School and helped the Cherokees capture the 2019 Class 1A state title.

Former Loudon High School pitcher and second baseman Nathan Hickman is a freshman at Walters State Community College. He has appeared in seven games this season and has thrown 25 strikeouts.

Former Greenback School star Reese Plemons made an impact this season as a freshman at Cleveland State Community College.

A handful of former Loudon County baseball stars have made immediate impacts on the diamond this spring for their respective schools.

Former Greenback School pitcher and short stop Bryce Hanley is a freshman at Carson-Newman University and saw plenty of action for the Eagles at the short stop position before the National Collegiate Athletic Association canceled all spring sports for the 2020 season.

“It’s been really good just being with Coach (Tom) Griffin and all the assistant coaches, they put a lot on you but it’s just because of how much effort we put into it, how good I can be,” Hanley said. “I’ve really enjoyed myself this past year and everything. I kind of hate to see how it all went down, you know, you put all this effort into it from August to now and not to be able to have a chance at a (South Atlantic Conference) championship, that’s kind of a let down. We’ve just got to start getting better and work out now just to get ready for next season.”

Hanley appeared in 14 total games and scored three runs on seven hits. He posted a .389 batting average and a .500 on-base percentage in SAC play.

Coming from a 1A program like Greenback, adjusting to the Division 2 level proved a difficult challenge for Hanley.

“It’s been a huge adjustment, I didn’t realize how big a difference high school to college baseball would be,” Hanley said. “Our short stop got hurt in the middle of the year, so at the beginning I was coming in and playing second base a lot and getting to play several games at second base. Our short stop gets hurt in the middle of the year, and then I become an everyday starter at short stop, and that’s a big difference. I feel like right now at the college level, I’m a second baseman, so short stop was a big adjustment to me.”

Reese Plemons is a former teammate of Hanley’s and has also performed well in his freshman season at Cleveland State Community College. Plemons was selected to the 2019 Tennessee Sports Writers Association Class 1A All-State team as a pitcher after leading the Cherokees to their first state championship.

He appeared in nine games this season for the Cougars, scoring seven RBIs and one home run to earn a .409 slugging percentage. Similar to Hanley, Plemons had to quickly adjust to the collegiate level.

“Coming in the fall, it was a big adjustment with school and everything and being from Greenback, so school was a little bit different, more people,” Plemons said. “Baseball-wise, there’s more athletes on the field than there was in high school because pretty much everybody there was the best at their high school and everybody there was a good player. Coming into the fall, I was hitting over .300 and had five home runs. We come back in the winter, and it’s just like starting high school — you’ve got to see live pitching.”

Plemons saw plenty of action this season at first base and on the mound, where he threw 13 strikeouts and gave up seven hits in two games started.

“I sprained my MCL in my arm and had to sit out for two weeks, so I only got like 19 at-bats in, but overall, it was a good experience,” Plemons said. “Right now, I’m splitting time at first mostly and batting fourth. I was a game two starter pitcher in a conference series.”

Former Loudon High School star Nathan Hickman has found his niche at Walters State Community College. Hickman was named to the 2019 TSWA Class 2A All-State team as one of the top pitchers in the state.

“It was a lot of hard changes at first just because it’s a lot different than high school,” Hickman said. “In high school, I just had to get up there and throw it, but in college you really have to start to learn how to pitch and try to get outs others ways because you can’t just throw it by everybody. You have to get outs, get ground balls and just trust your defense.”

Hickman went 3-1 as a starting pitcher for the Senators, throwing 25 total strikeouts and no errors.

“Everybody’s as good as you, if not better, so you have to work twice as hard to get success in college,” he said. “It’s not easy, but at Walters State everybody works hard. ... We work harder than everybody else, so that’s why we’re so good. That’s what our coach is always saying. I’ve learned to hit any spot I want when I’m pitching, like just throw it where I want to get ground balls or strike out a bunch of people. I’ve seen a bunch of ground outs and just keep the ball in the park.”

The toughest part for all three athletes now is sitting out the remainder of the 2020 season due to the coronavirus, but they will continue to work out and practice during the break and offseason to prepare for bigger sophomore seasons.

“It’s just been really tough. We ended the season kind of on a bad note, lost a series at (Lincoln Memorial University) and then lost two straight on Tuesday and Wednesday, so it’s just kind of tough to end it like that,” Hanley said. “... For something like this just to happen, you hate it for them (seniors). As far as moving on, we’re starting our workout program again from scratch just like we did in the summer, and we’re just going to try and get better each and every day just like we would if we were there.”