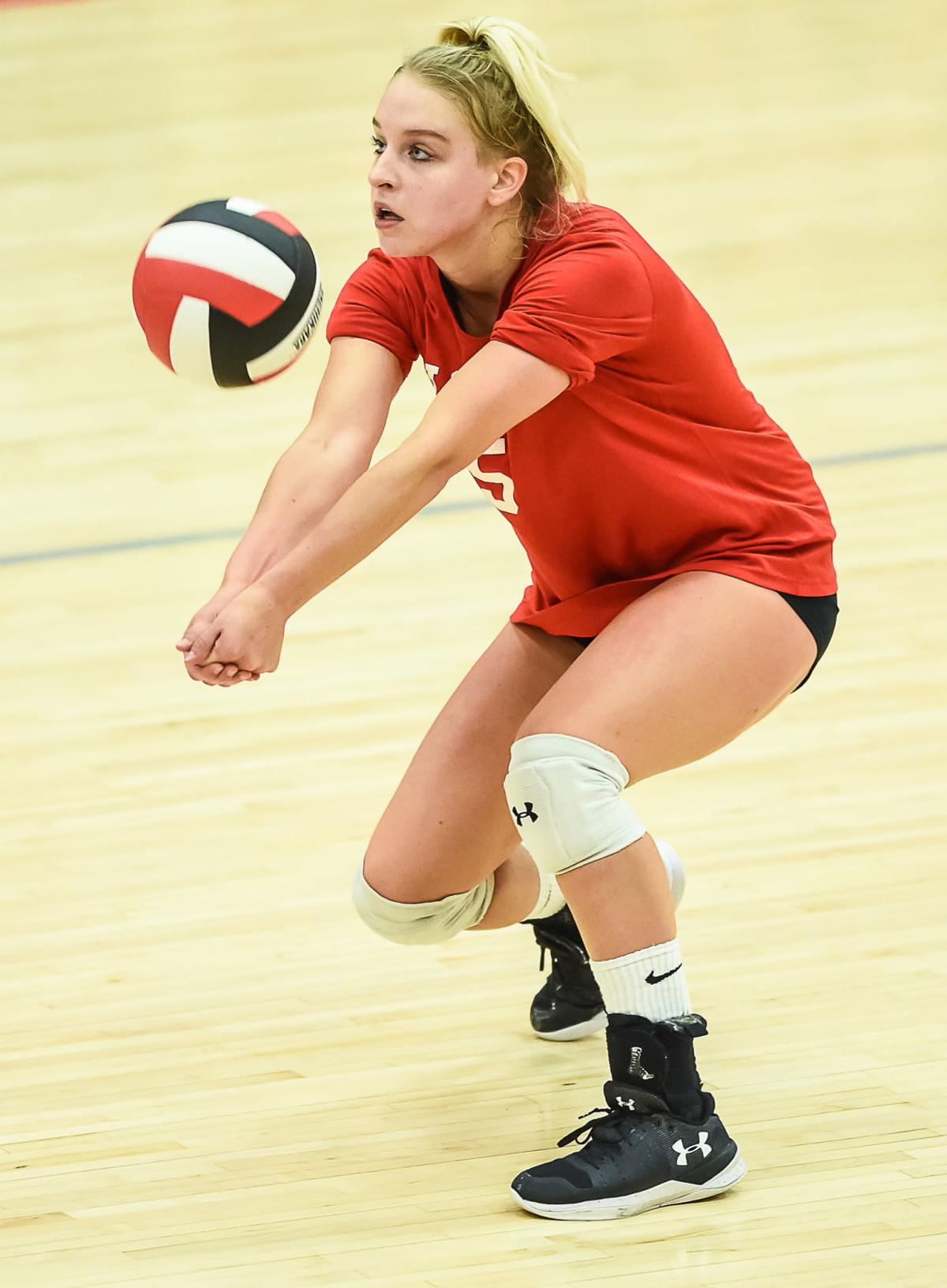 Loudon High School’s Sydney Smith makes a dig during a match against Lenoir City High School. Smith was named the District 5-2A Most Valuable Player and is the All-County Player of the Year. 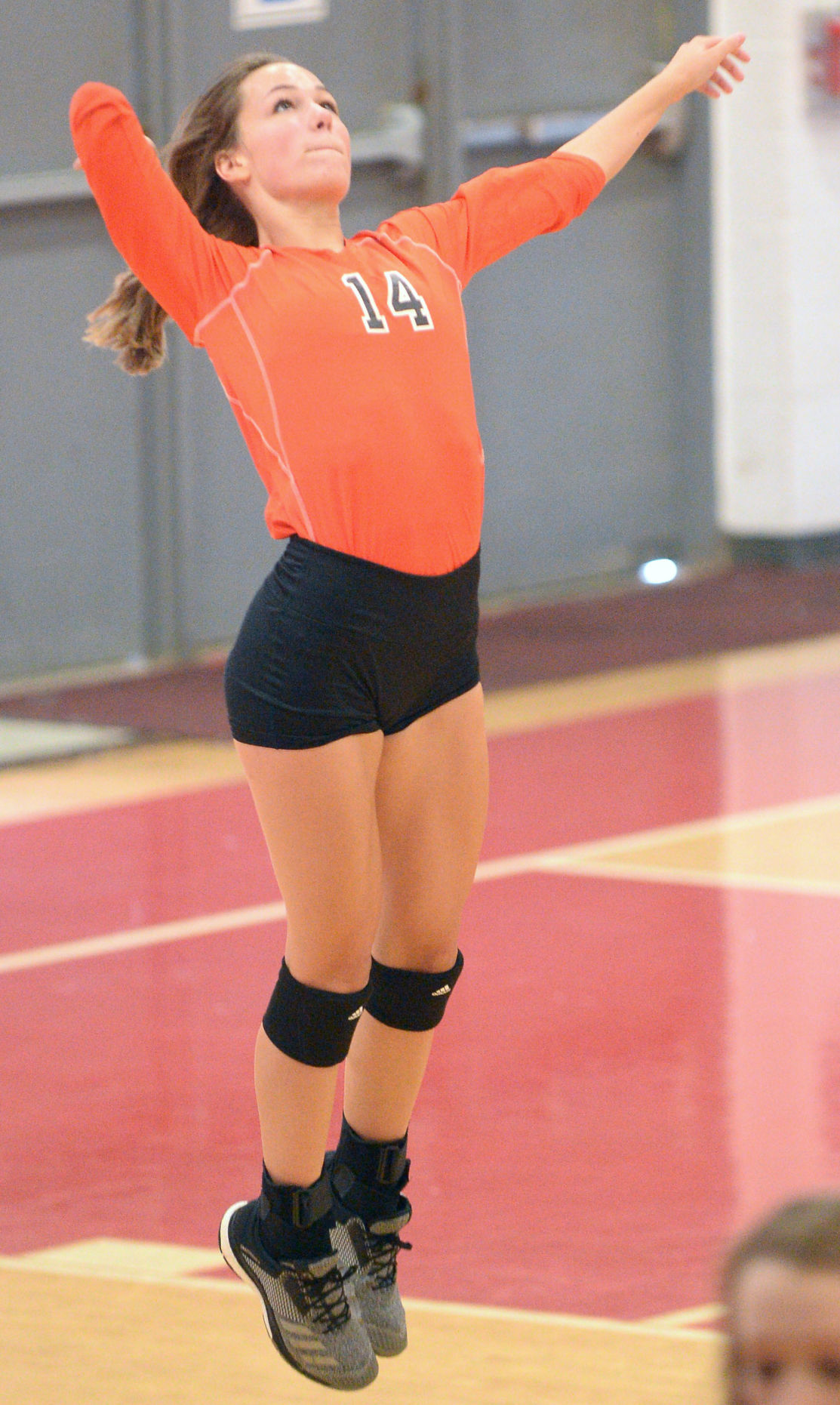 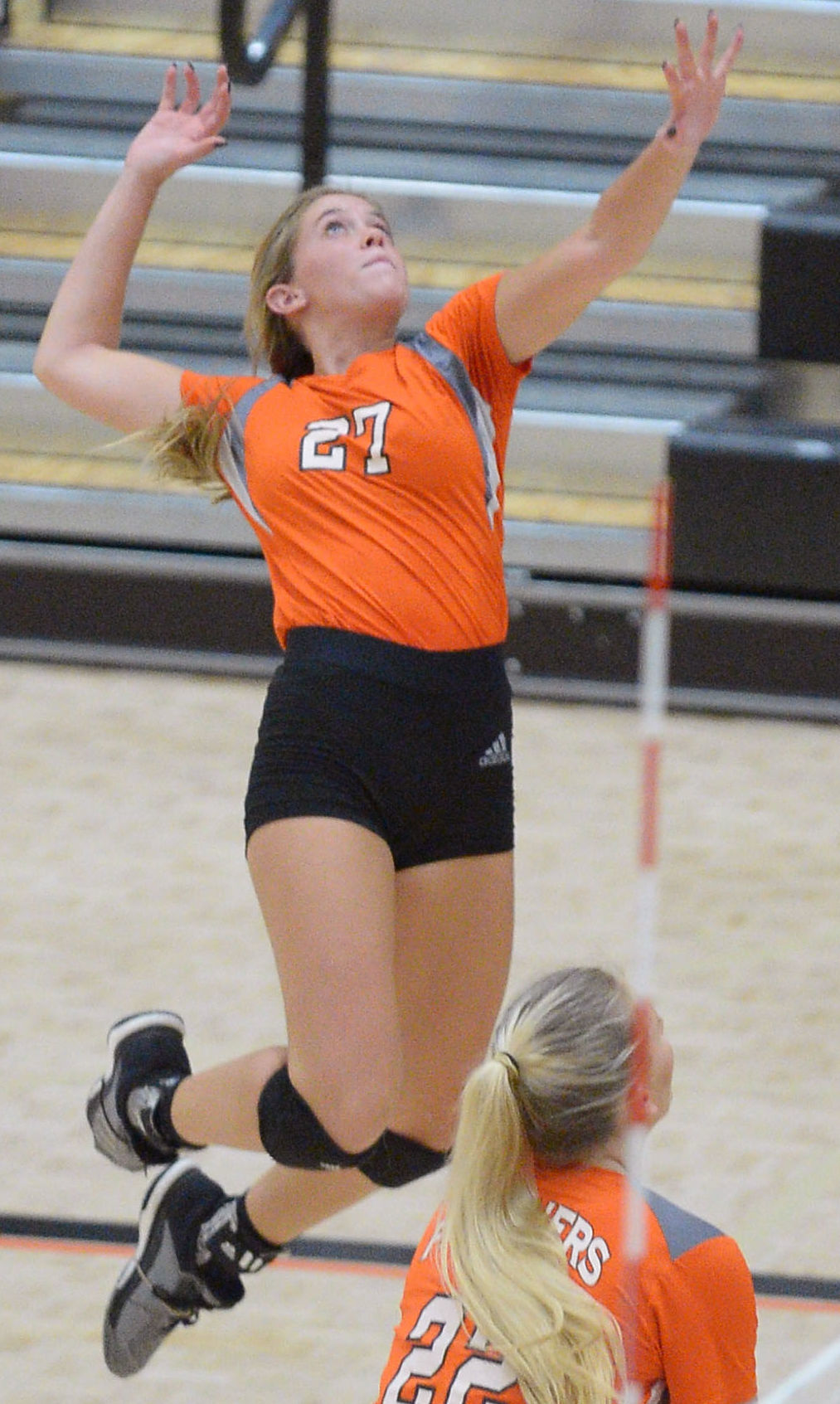 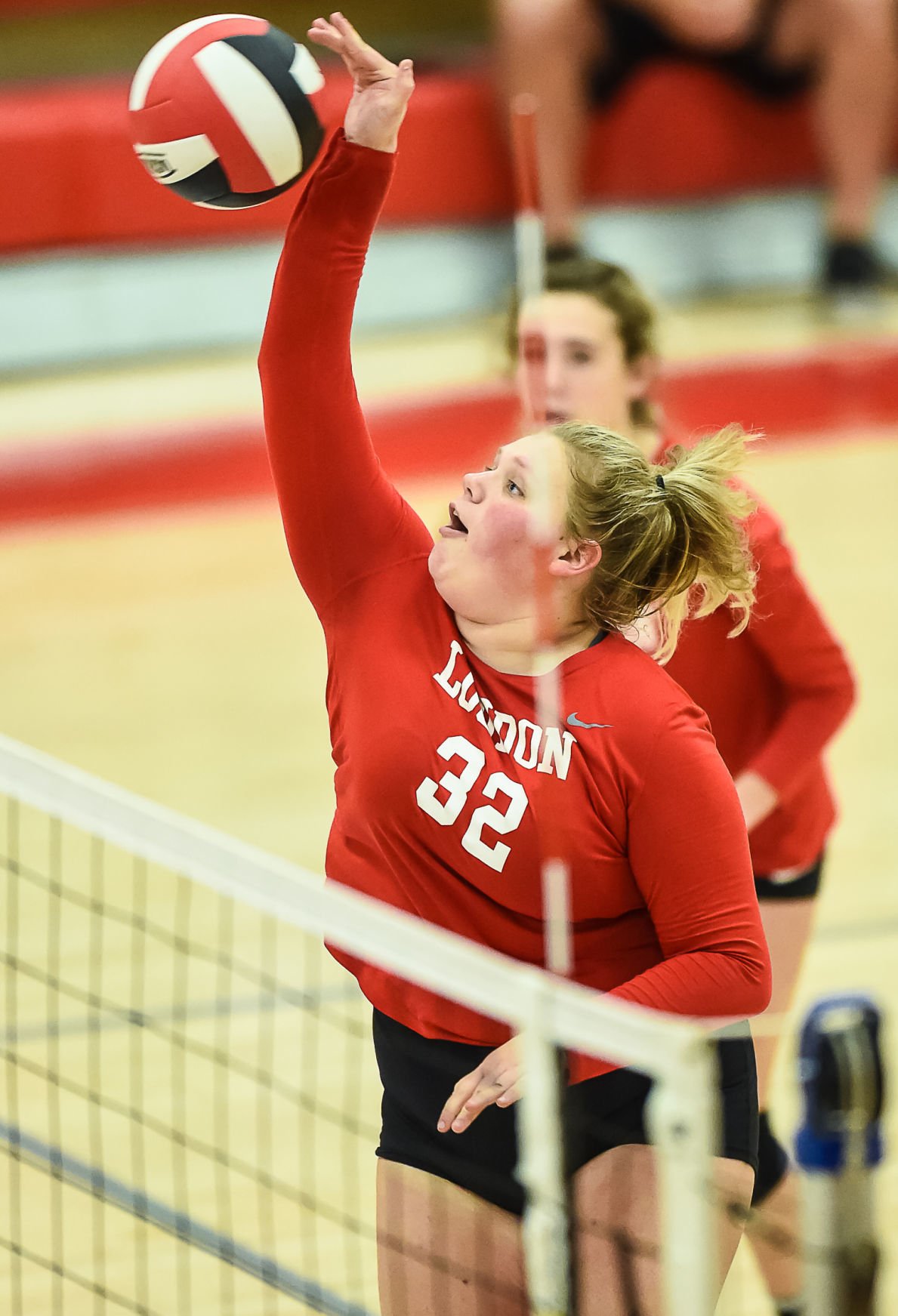 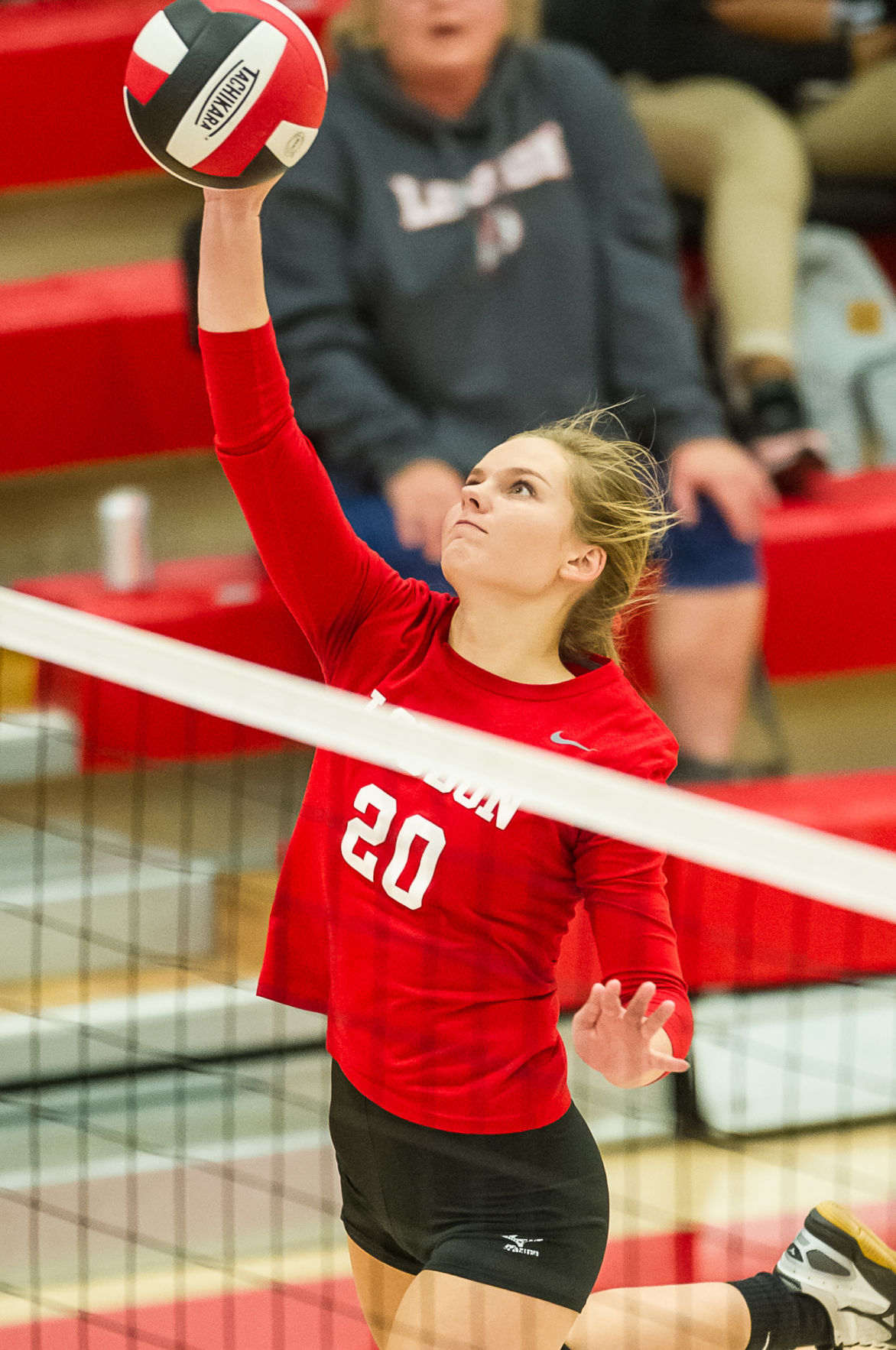 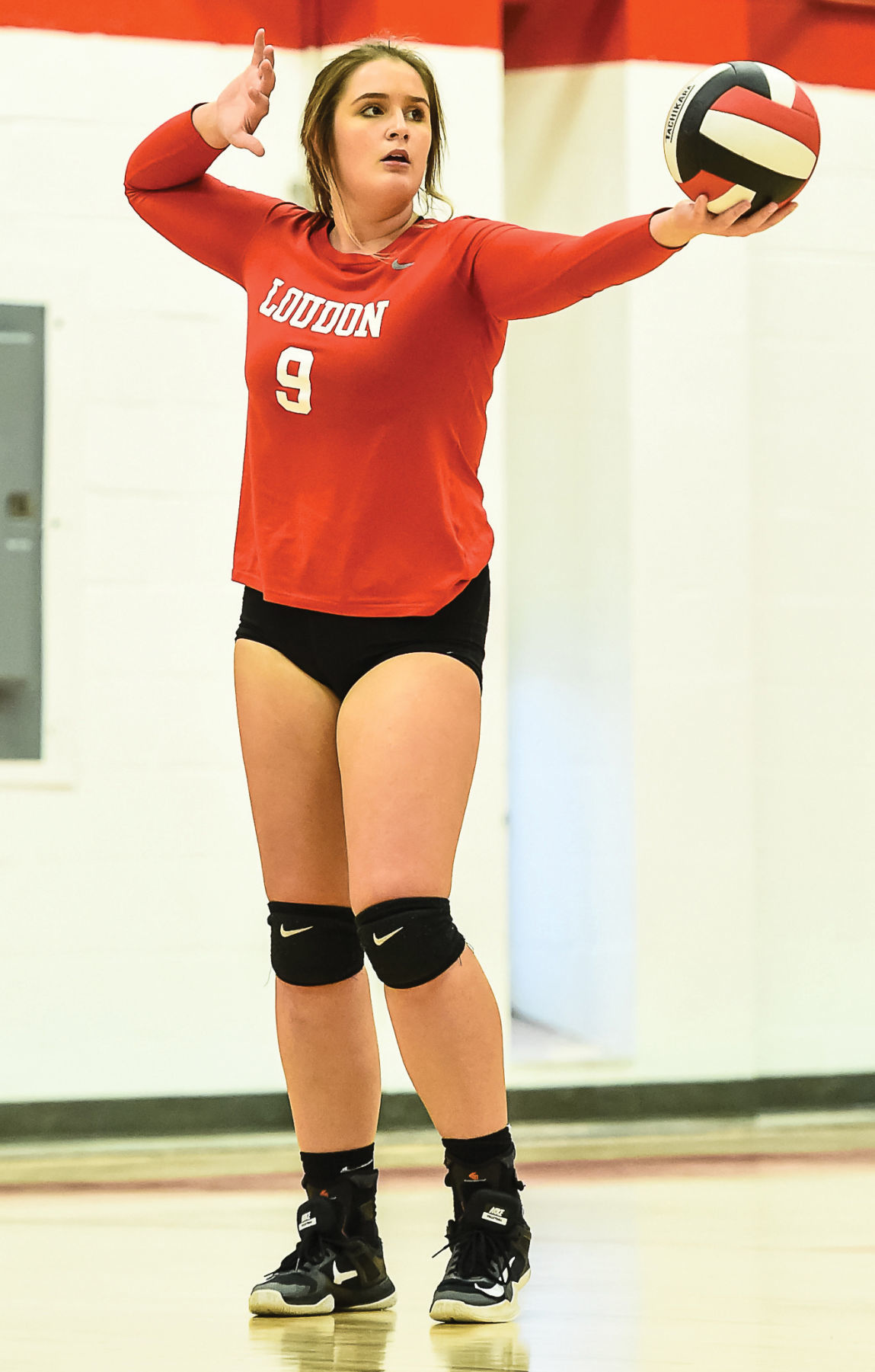 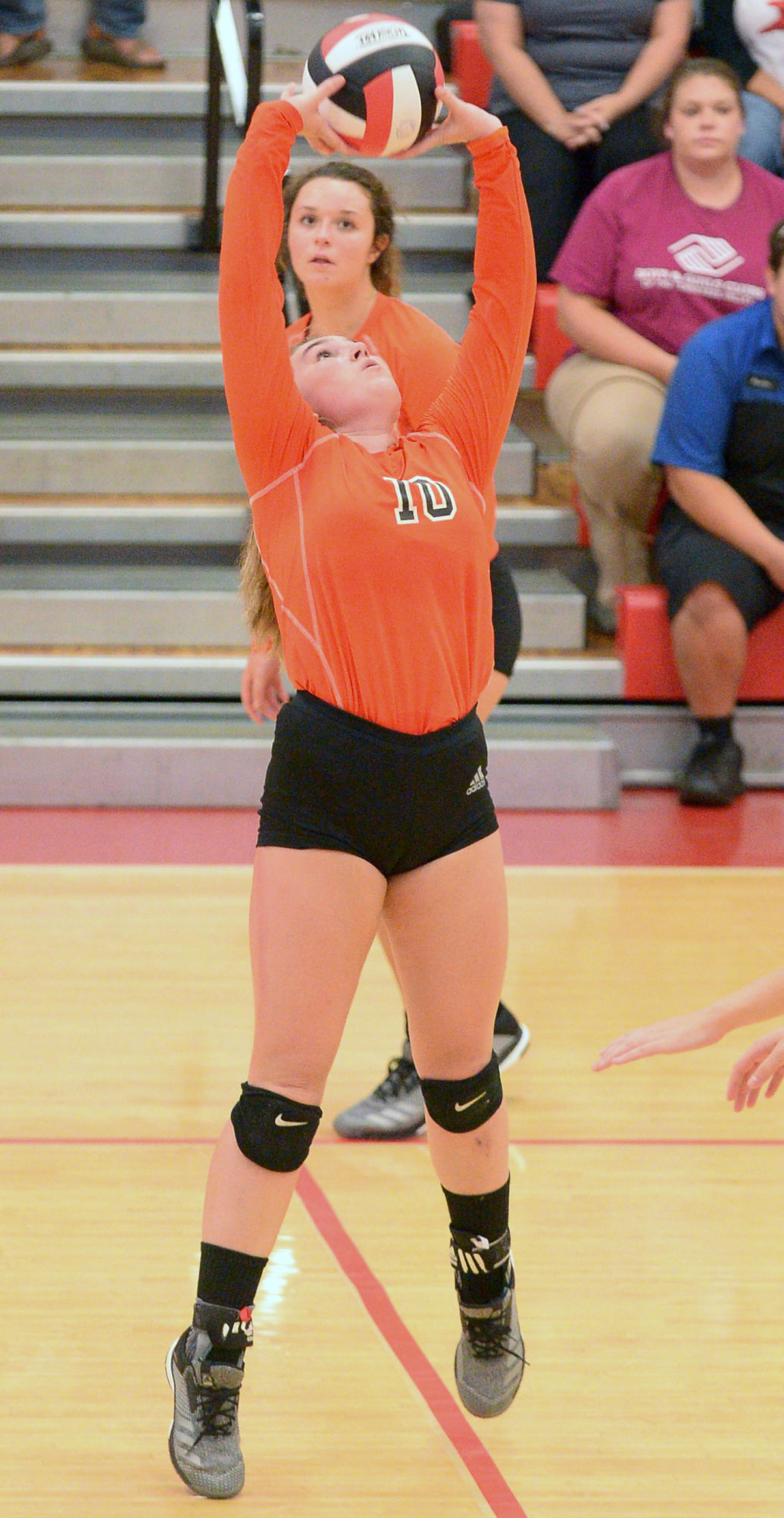 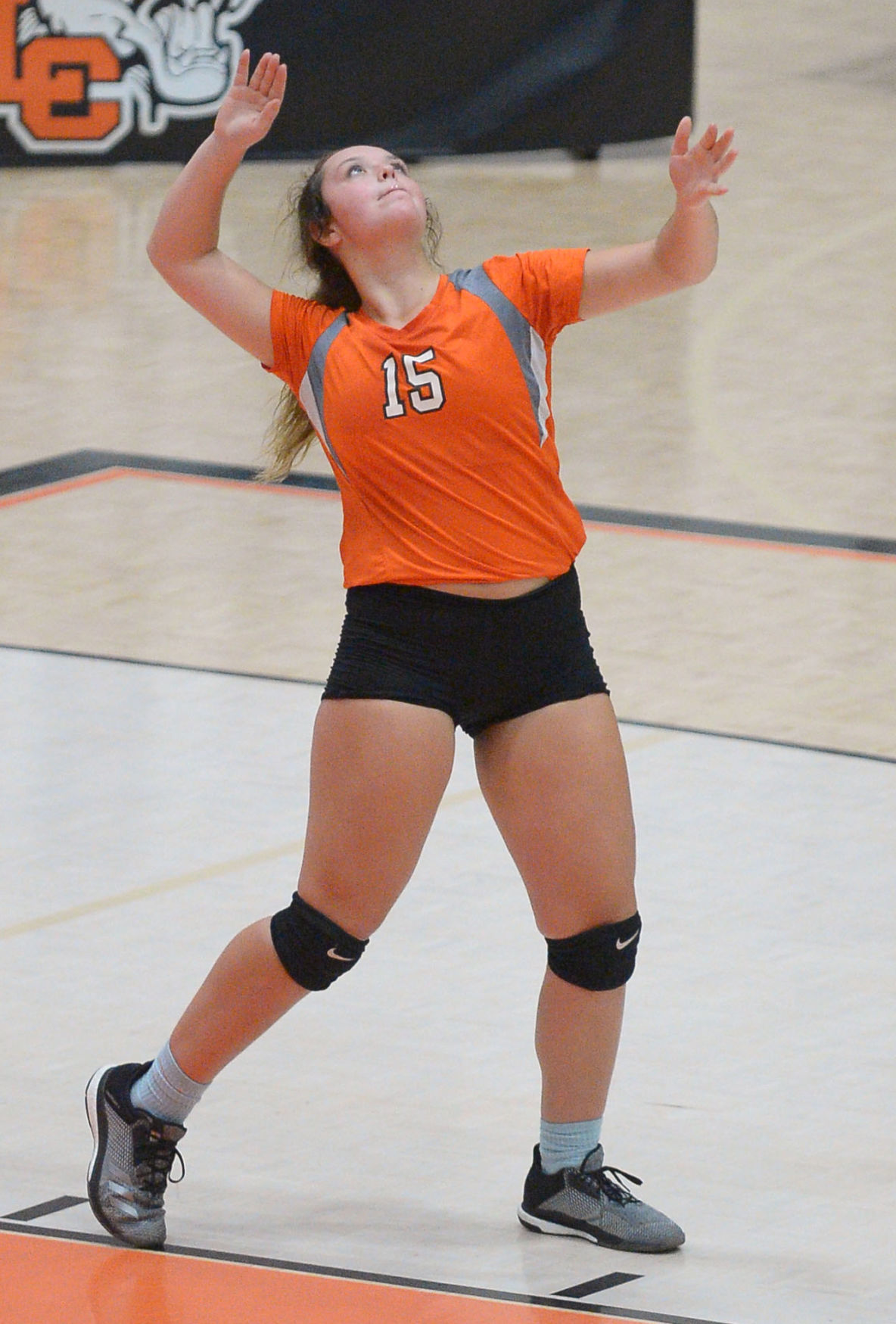 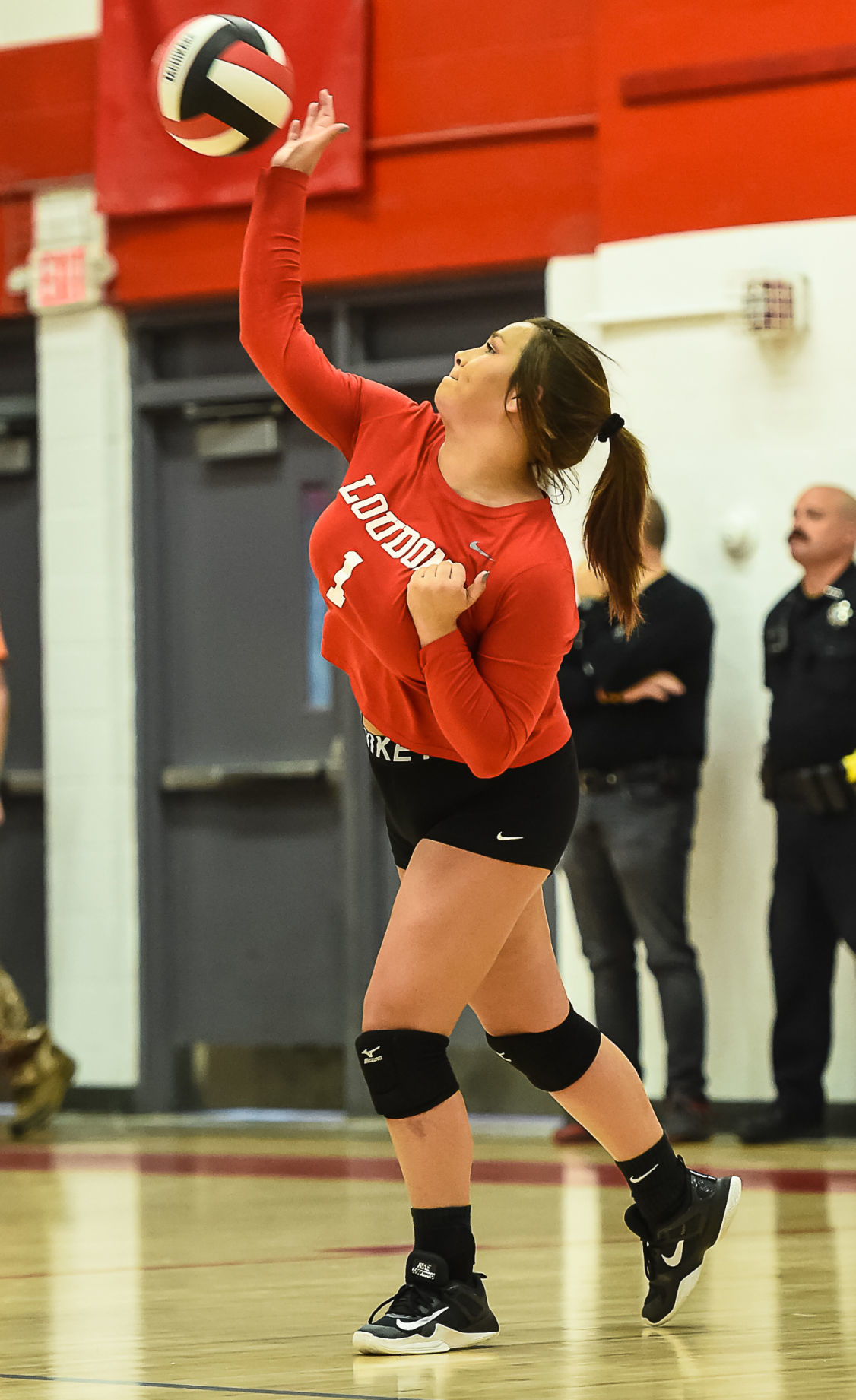 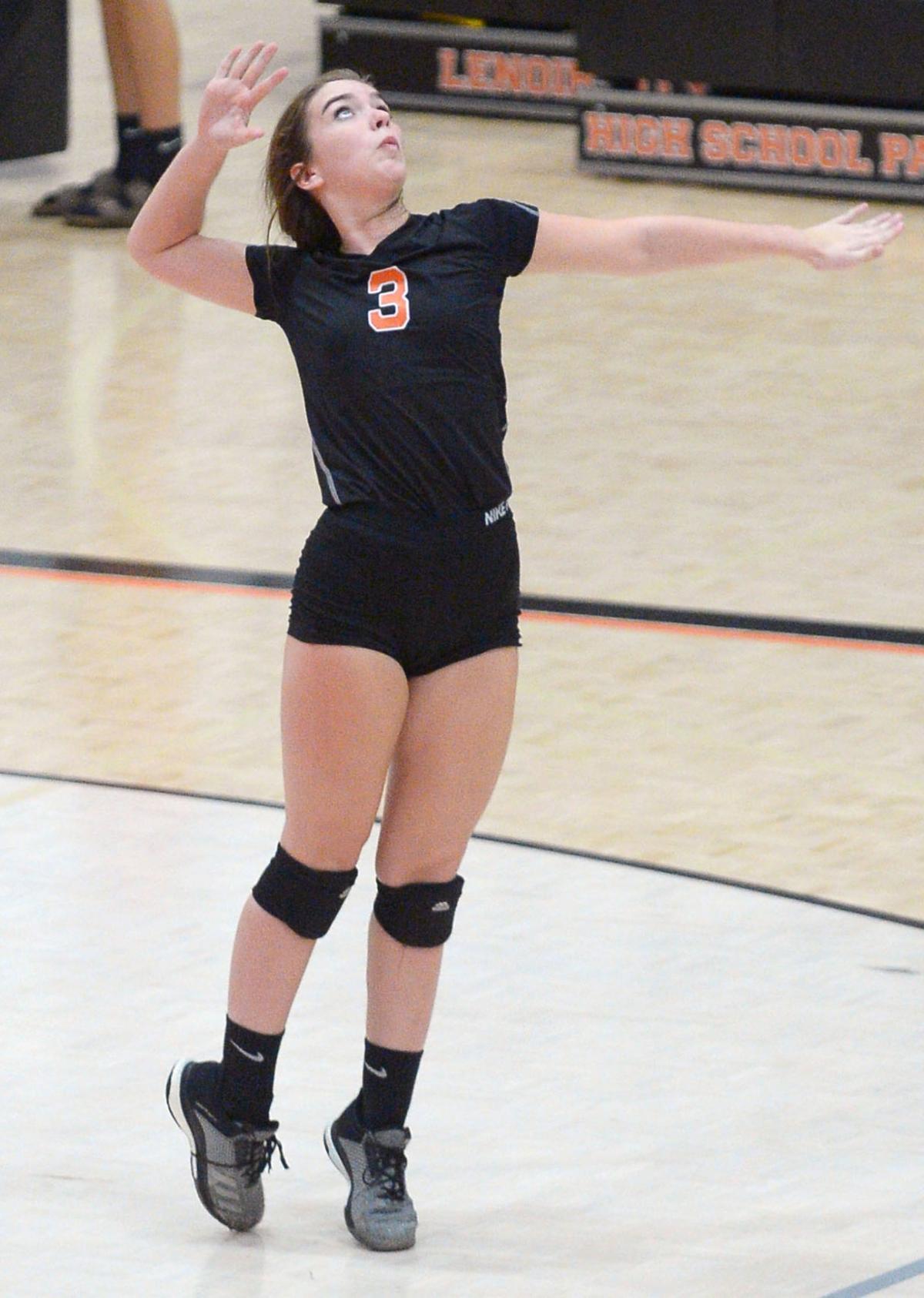 Loudon High School’s Sydney Smith makes a dig during a match against Lenoir City High School. Smith was named the District 5-2A Most Valuable Player and is the All-County Player of the Year.

The All-County Volleyball Team is chosen through a combination of statistics, personal observation and coaching suggestions. Final decisions are made by News-Herald sports writer Nick Davis. He can be contacted at 865-635-0841 or nick.davis@news-herald.net.

When Sydney Smith transferred in the summer to Loudon High School from Lake Orion High School in Michigan, where she helped her team capture the Division 1 state championship last season, LHS head coach Jody Bunch knew she had a special talent.

Smith proved her right, and she helped guide the Lady Redskins to a program-best 19-6 overall record with her elite abilities. She also played a large role in helping the Lady Redskins capture their first District 5-2A championship since 2016.

Smith was named the District 5-2A Most Valuable Player and is the 2019 All-County Player of the Year.

After a promising sophomore campaign, Lenoir City High School’s Olivia Elliott continued where she left off and became one of the most versatile players in District 3-3A.

Elliott was a force at the net, leading the Lady Panthers with 94 kills, 53 blocks and 33 digs. She also finished second on the team in aces with 19.

She was named to the All-District 3-3A first team.

Lauren McQuilkin was a valuable player for the Lady Panthers during her high school career and stepped in as a starter her final two years.

McQuilkin proved dynamic, finishing second on the team with 85 kills and 28 digs. She also recorded 15 aces and four blocks. She was named to the All-District 3-3A second team.

Kayla Irey burst onto the scene this season for the Lady Redskins as one of the team’s primary net players.

The sophomore finished second on the team with 123 kills, 35 blocks and 65 aces. She was named to the All-District 5-2A first team.

Morgan Lanham exuded a quiet personality on the court, but her play spoke much louder.

As a second-year starter, Lanham improved on last year’s statistics and finished third on the team with 98 kills and 45 aces.

She was selected to the All-District 5-2A first team.

Katelyn Kilgore made an immediate impact for the Lady Panthers as a freshman, splitting time on both varsity and junior varsity squads.

Her best performance of the year came late in the season against District 3-3A foe South Doyle, where she recorded three kills, two aces and two digs. Kilgore capped off the season with 21 kills, 13 aces, 10 digs and five blocks as a varsity starter.

Grace Hickman has been a major contributor for the Lady Redskins the past three seasons with her height and natural ability at the net.

Hickman’s 65 kills and 25 blocks played a large role in helping guide the Lady Redskins to their best season to date. She was named to the All-District 5-2A second team.

Sydney Cook has been a consistent player the past two seasons for the Lady Panthers at setter.

This season, she led the team with 29 aces and finished third with 17 digs, while adding five kills and one block.

Maylee Cooley proved one of the most dynamic players for the Lady Redskins and played at nearly every position on the floor. She finished second on the team with 97 digs and fifth with 56 kills.

With the graduation of several seniors, Briana Hiers was forced to step up and take over at libero this season for the Lady Panthers.

Hiers finished second on the team with 22 digs. She also accumulated 15 aces and 12 kills.