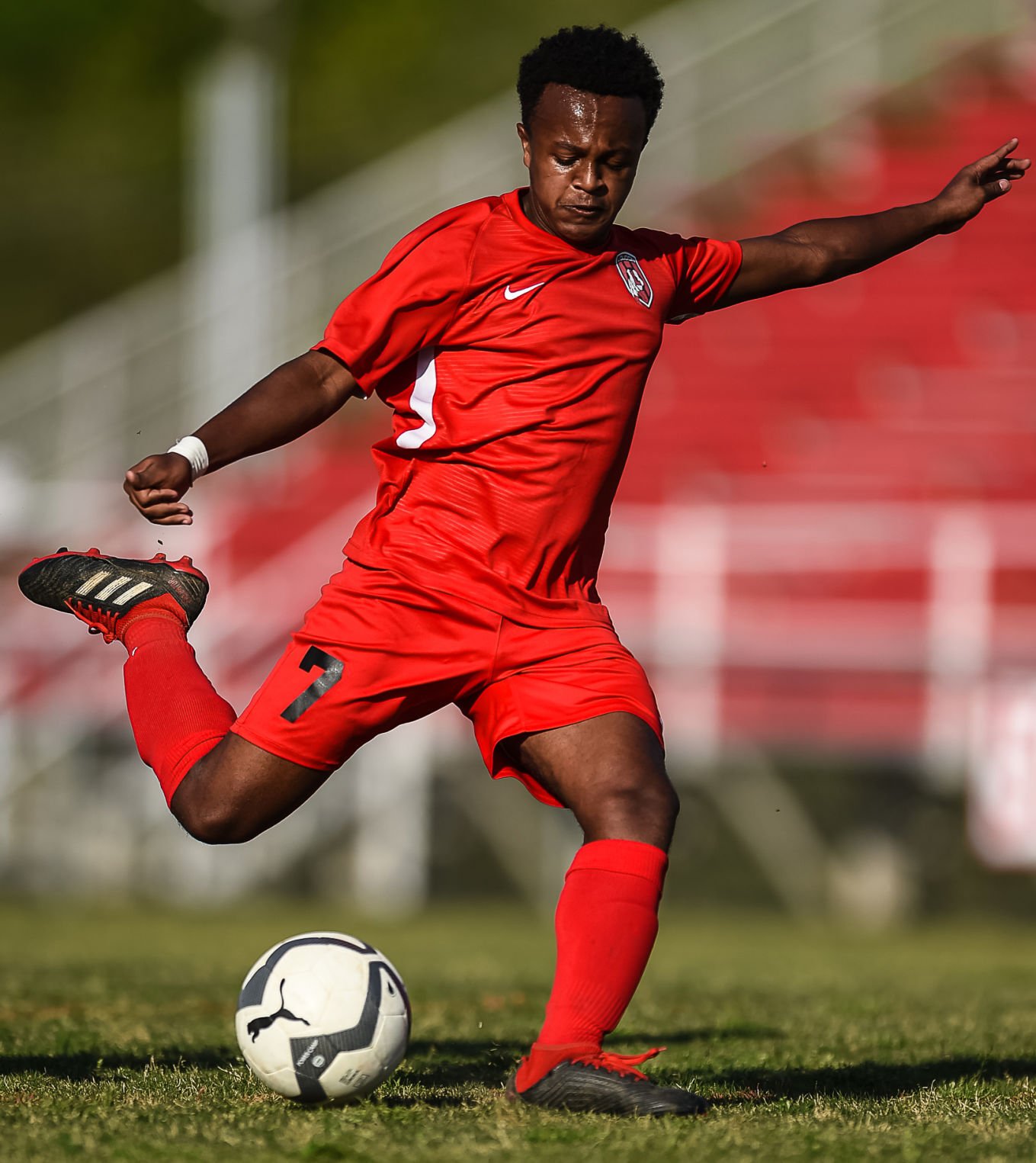 Loudon High School's Cherinet Feezell attempts to score a goal during a match in 2019. 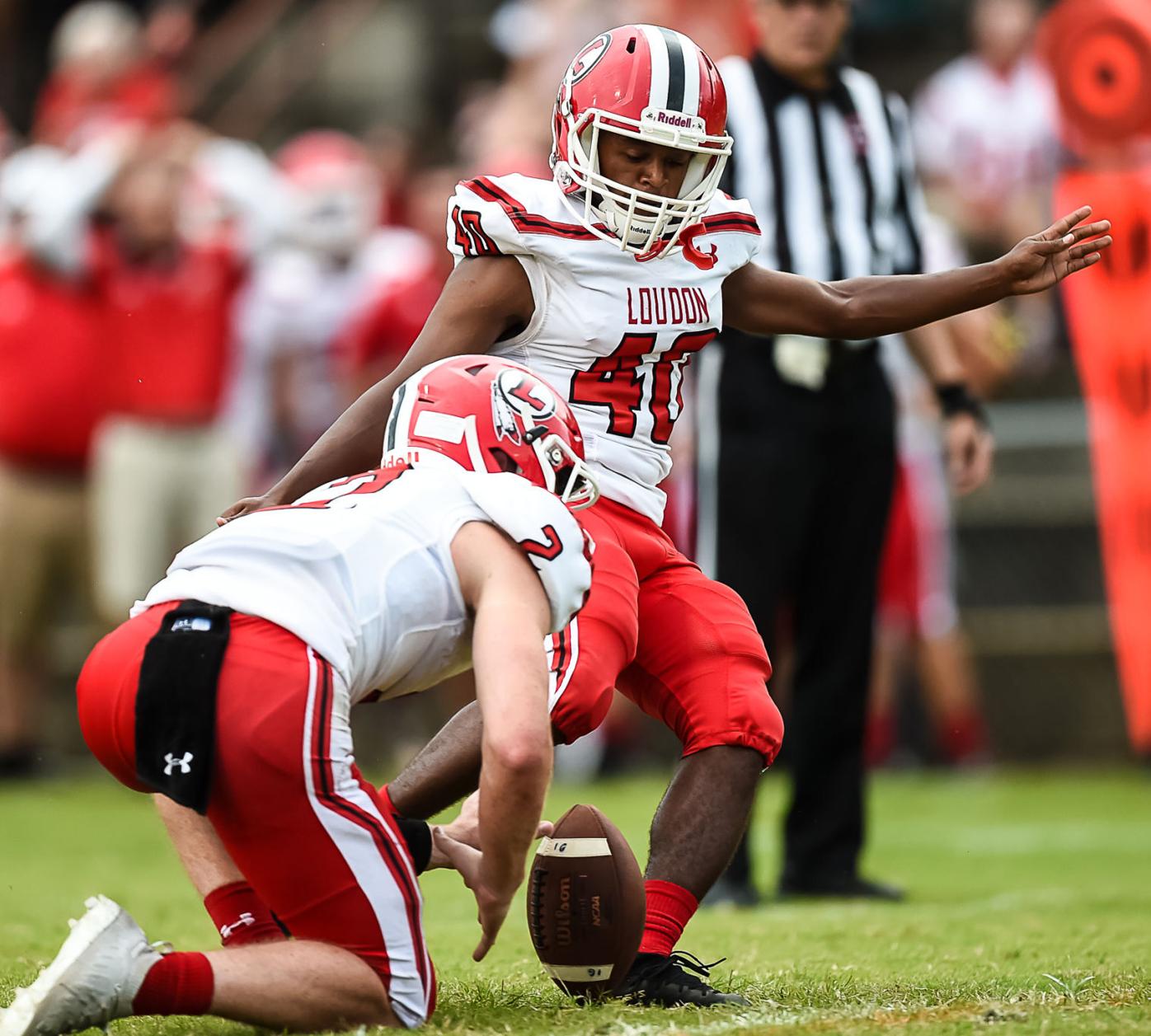 Loudon High School's Cherinet Feezell attempts to score a goal during a match in 2019.

Whether playing with friends in the rugged terrain of Ethiopia or nailing clutch kicks as a Loudon High School Redskin, Cherinet Feezell has always relied on his leg to get him through what’s been nothing short of an extraordinary life.

Now halfway through his senior year at LHS, Feezell is able to look back and appreciate the journey.

Feezell was born and spent the first eight years of his life in Ethiopia, where soccer became a way of life.

“I played soccer over there, too, so it definitely transitioned on over here,” he said. “Over there, you didn’t really have predicted electricity that you have all the time. You didn’t have your phone or anything or a TV to watch all the time, so you always have to try and do something. You’re in the orphanage with a bunch of kids always trying to compete for the best thing because there wasn’t a lot. You always have to walk everywhere you go and there wasn’t a lot to do over there.”

Cherinet’s life changed in 2010 when he was adopted by Philadelphia Elementary School principal Marvin Feezell and wife Dawn.

What attracted the Feezells to Cherinet was his bubbly personality and competitive nature.

“We had already adopted our daughter Hadassah from Vietnam in 2008 and were looking to add another young man to the family,” Marvin said. “We were just on the adoption website one night and we were like, ‘What’s this kid’s name?’ We were intrigued by him and he was up for adoption, and it ended up taking about 14 months. We ended up traveling to Ethiopia and meeting him there for the first time.

“They were fed at the orphanage, but we had taken some candy and different things from America,” he added. “We had spilled some in the floor and mad scramble ensued, and there was Cherinet. We had also taken a Nintendo DS, and all of the other kids would gather around and watch him play it.”

Cherinet leaned on soccer as a gateway to make friends and adapt to a different culture.

“We landed at 7 p.m. on Friday night and had an AYSO game the next day,” Marvin said. “He slept that night, had a game the next day and, I think, scored like five or six goals. They had to pull him out because the place he grew up playing soccer in Ethiopia, I would say, is not any bigger than half the size of a basketball court. It was a little courtyard and there would be 10 or 12 kids playing in that very small space, and so he had to learn how to be really quick with his feet. He developed into a pretty good tripler, and we had to work on passing the ball when he got here.”

Soccer has “meant the world” to Cherinet, and he believes it’s been an important avenue in shaping his life into the person he is today.

“Ever since throughout AYSO all the way through high school, first of all, it gave me a friend group to hang out with,” Cherinet said. “Through that, I’ve had great coaches and all of that to develop me into the player I am today and the person I am. Just every step in soccer, mentally and physically, you had to finish that last game and it doesn’t matter how tired you were, you had to finish it out. It’s transitioned through simple things in life in that you can’t quit when it gets hard, you just have to go through it. Soccer’s definitely played an important role in my life.”

Cherinet has served a key role on the Redskins soccer team the last three years and played a part in helping Loudon advance to its first Class 2A state championship in 2018.

He was projected to be an All-District player last season before games were canceled due to the COVID-19 pandemic.

“At the beginning, I thought it was going to be rough with conditioning and everything, and coach Yoni (Espinoza) could not break me,” Cherinet said. “The whole maturity level has definitely went up through high school, and you have to become a leader at some point. He’s wanting me to step up this year and fill the hole that the seniors left. It’s just been more competitive at the high school level, and it allows you to get better.”

Cherinet is always looking to try something new, which led him to try out for the football team in the summer.

“It started with just some conversations, I guess, maybe right before we got out of school with COVID and just gauging what his interest was,” Harig said. “We got back into school in August and right before the season started, I didn’t know this, but he was out there practicing kicks. He had kind of made up his mind that he was going to give it a try, and, at that point, he let me know he was interested and would I be willing to let him kick. Knowing him the way I do, we sure were going to use him.”

The Redskins’ kicked off the season Aug. 21 with a 41-0 win over the Greenback School Cherokees, but Cherinet proved the highlight of the game after booming every kickoff deep into the end zone.

He finished the season 54-for-58 on extra point attempts and went 2-for-3 on field goals en route to being named the Region 3-3A Special Teams Most Valuable Player.

“I think it was really fun because I’ve known those boys most of my life, and it wasn’t a real hard process to get with,” Cherinet said. “It made it a lot easier that I had a really good holder in Keaton Harig because he’s the quarterback and everything. He was very dependable and I just did my thing. It just kind of became repetitive, but I knew I could keep making it. I made a kick from the 50-yard line before the season started and that was the real test of my strength to do it.”

With only one semester remaining before graduation, Cherinet hopes to make a lasting impact in his final high school soccer season.

The Redskins are favored to clinch a third consecutive district title and make a third straight state tournament appearance, but Cherinet knows he will have to play a major role for that to happen.