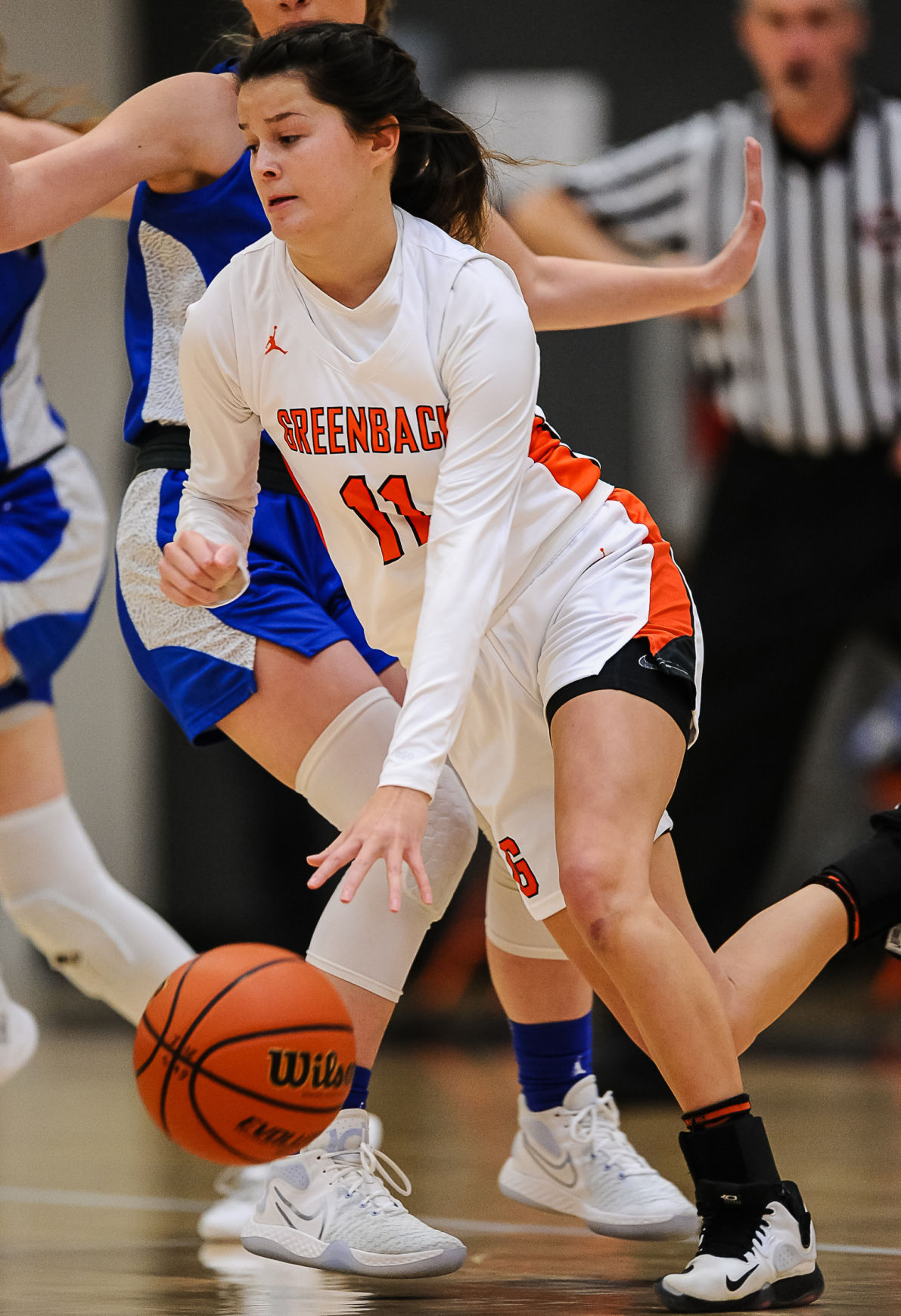 Greenback School junior Kierra Bishop averaged 13 points, three steals and five rebounds per game en route to being named to the All-District 2-1A first team. She is the 2021 All-County Player of the Year. 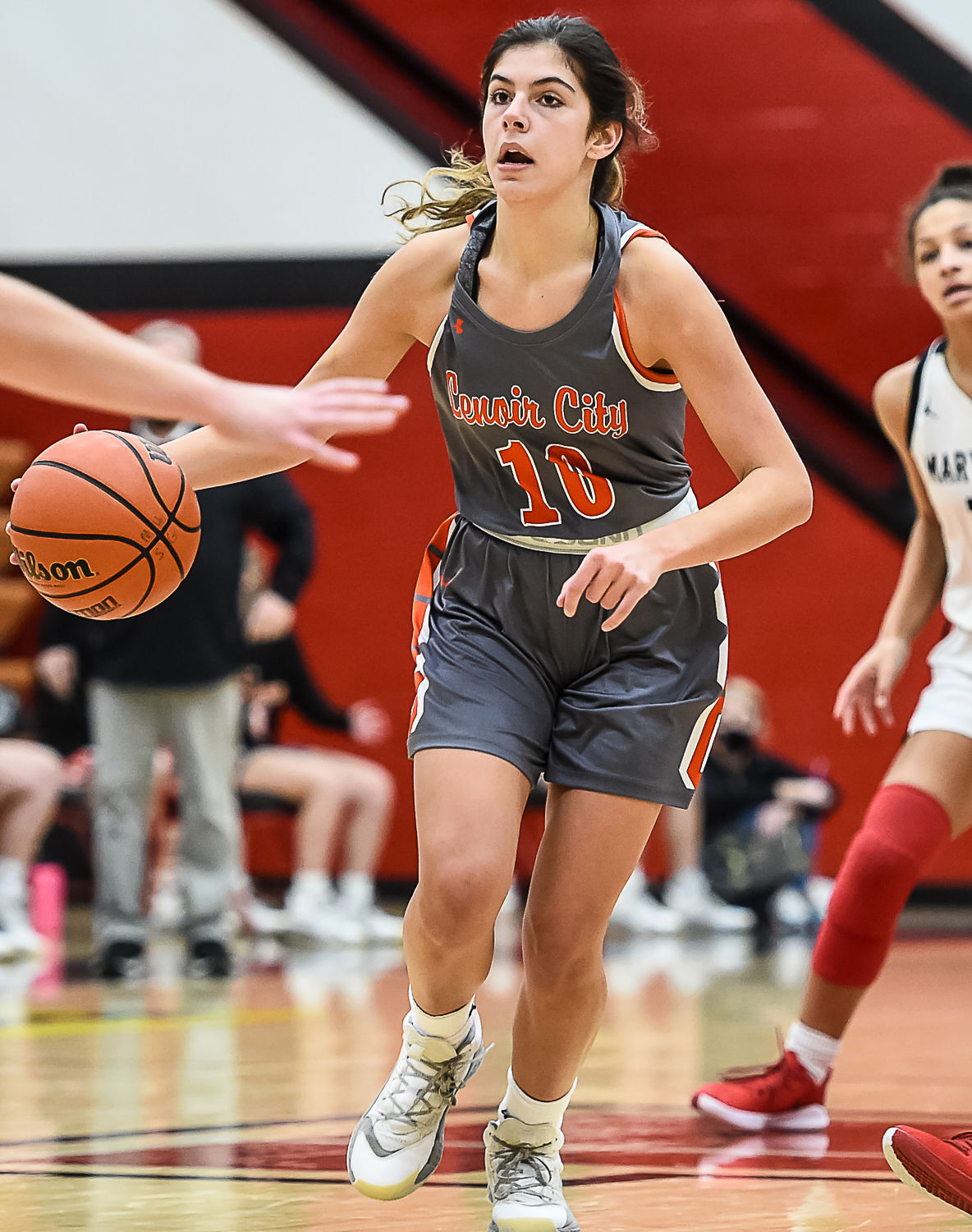 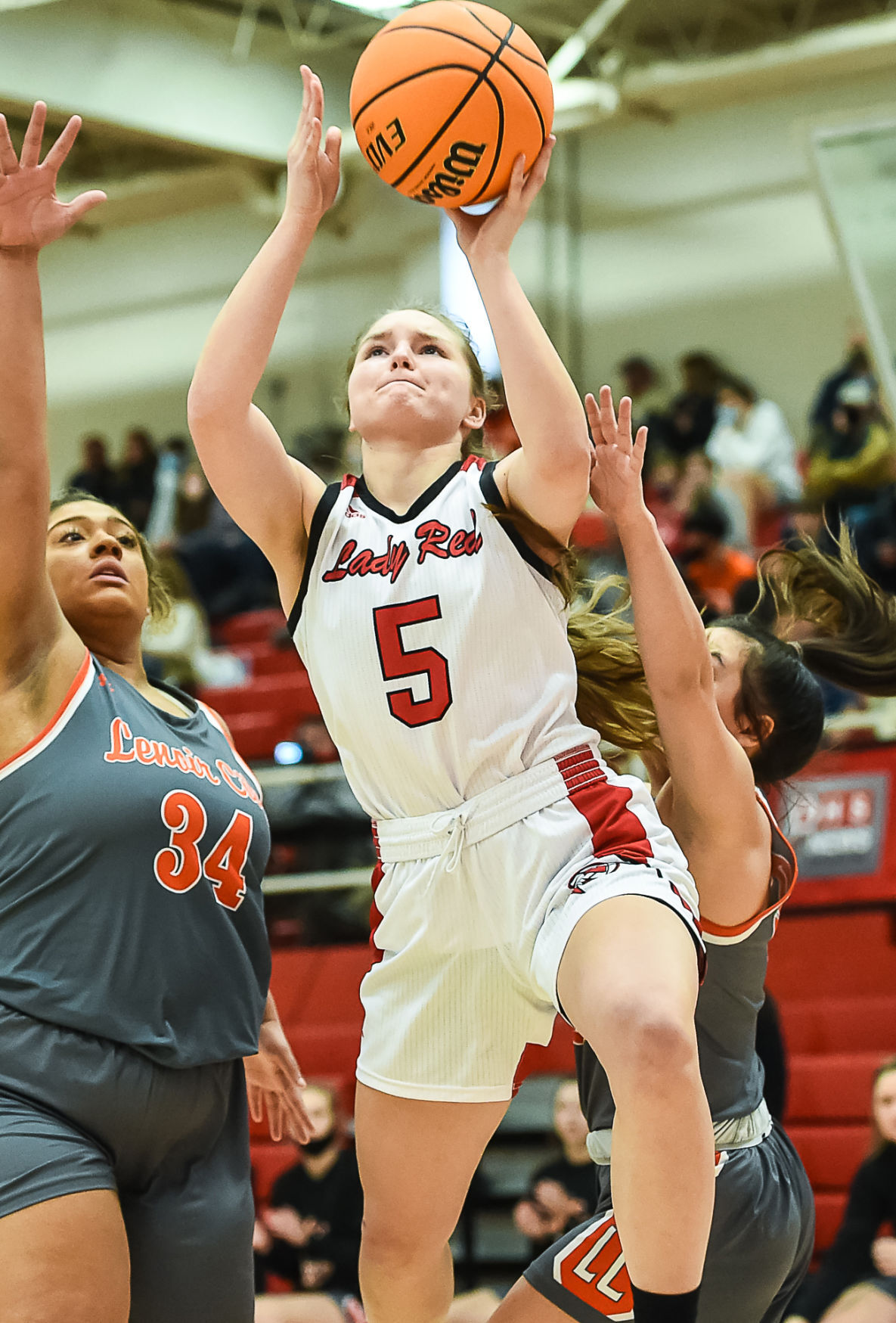 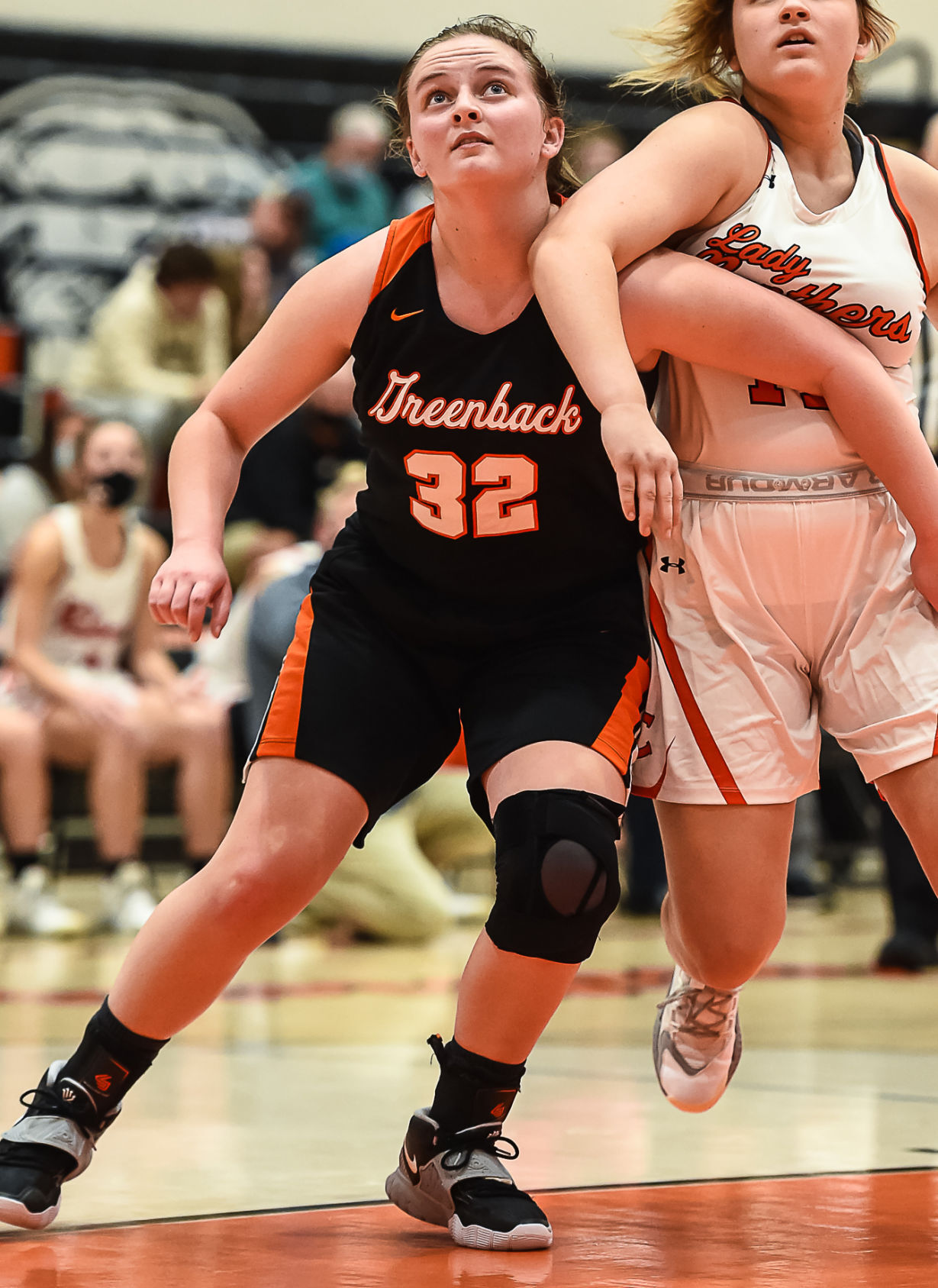 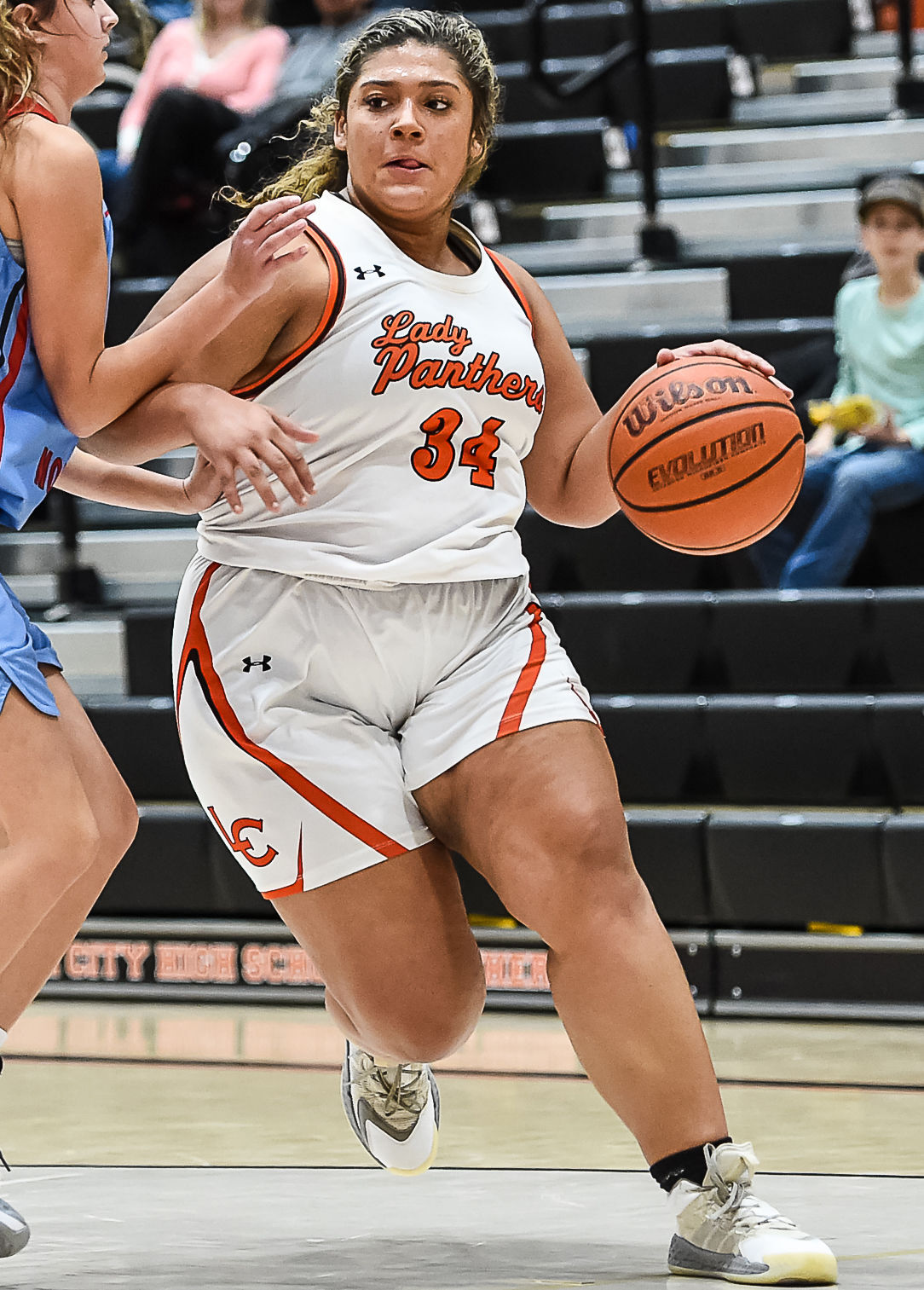 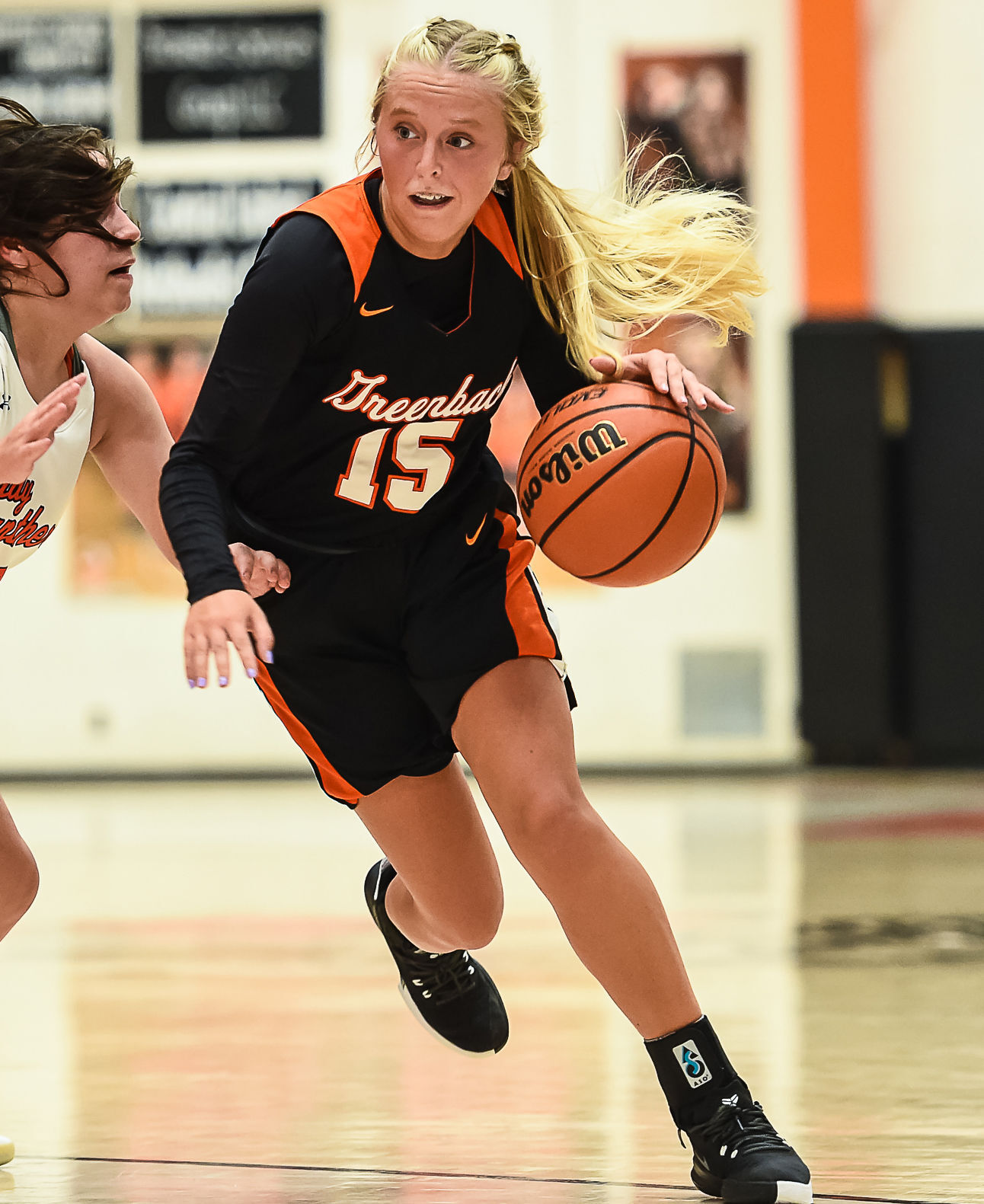 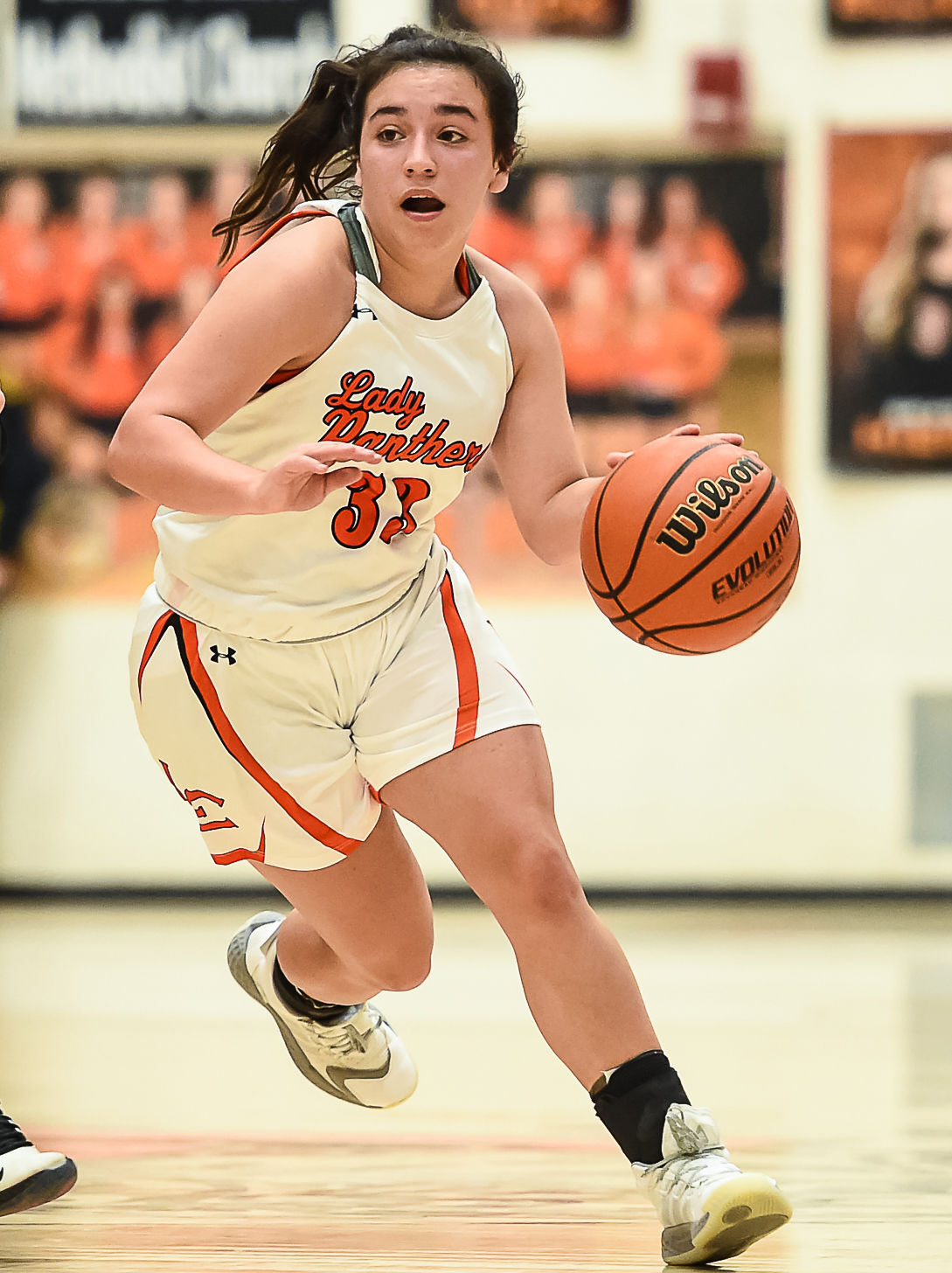 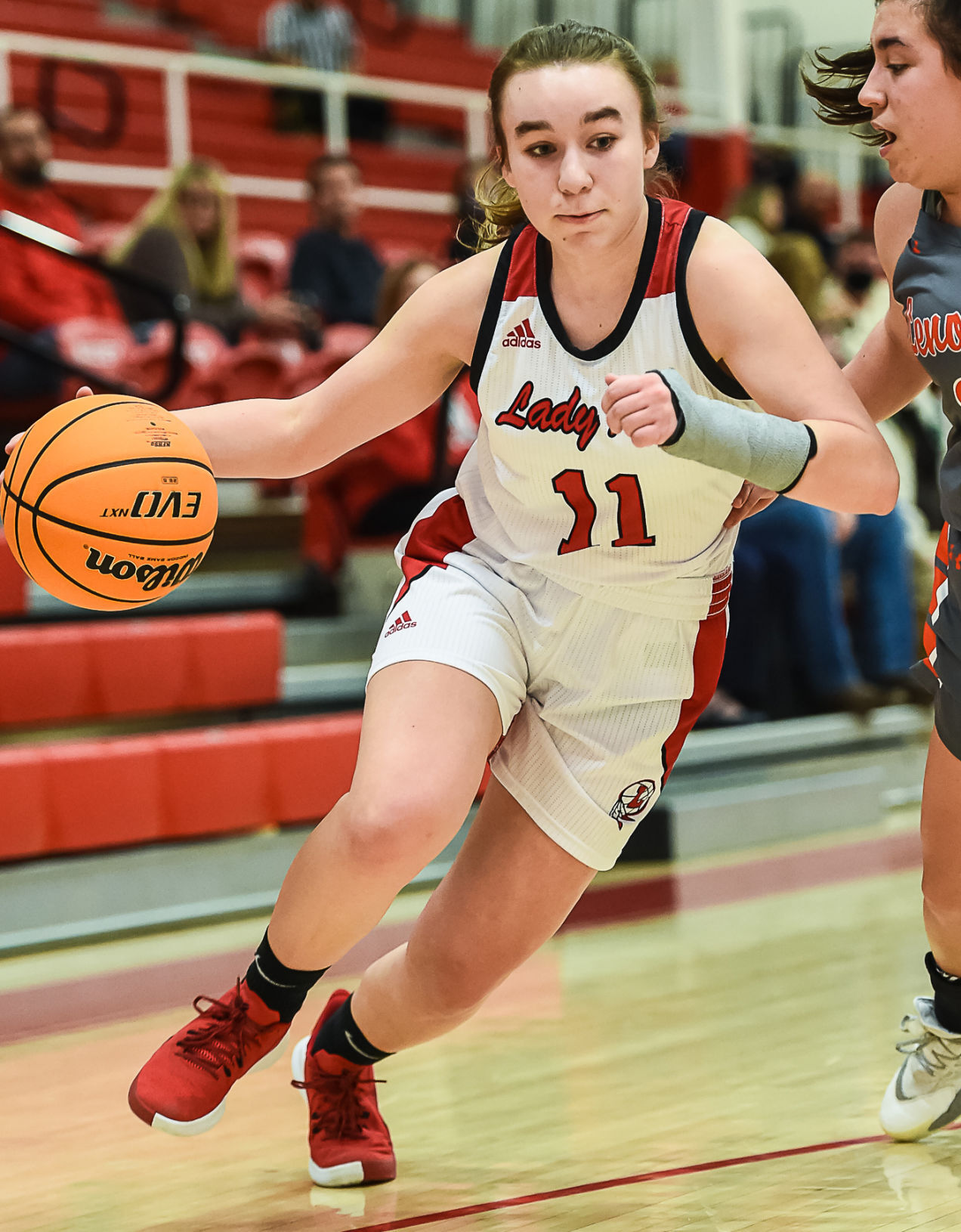 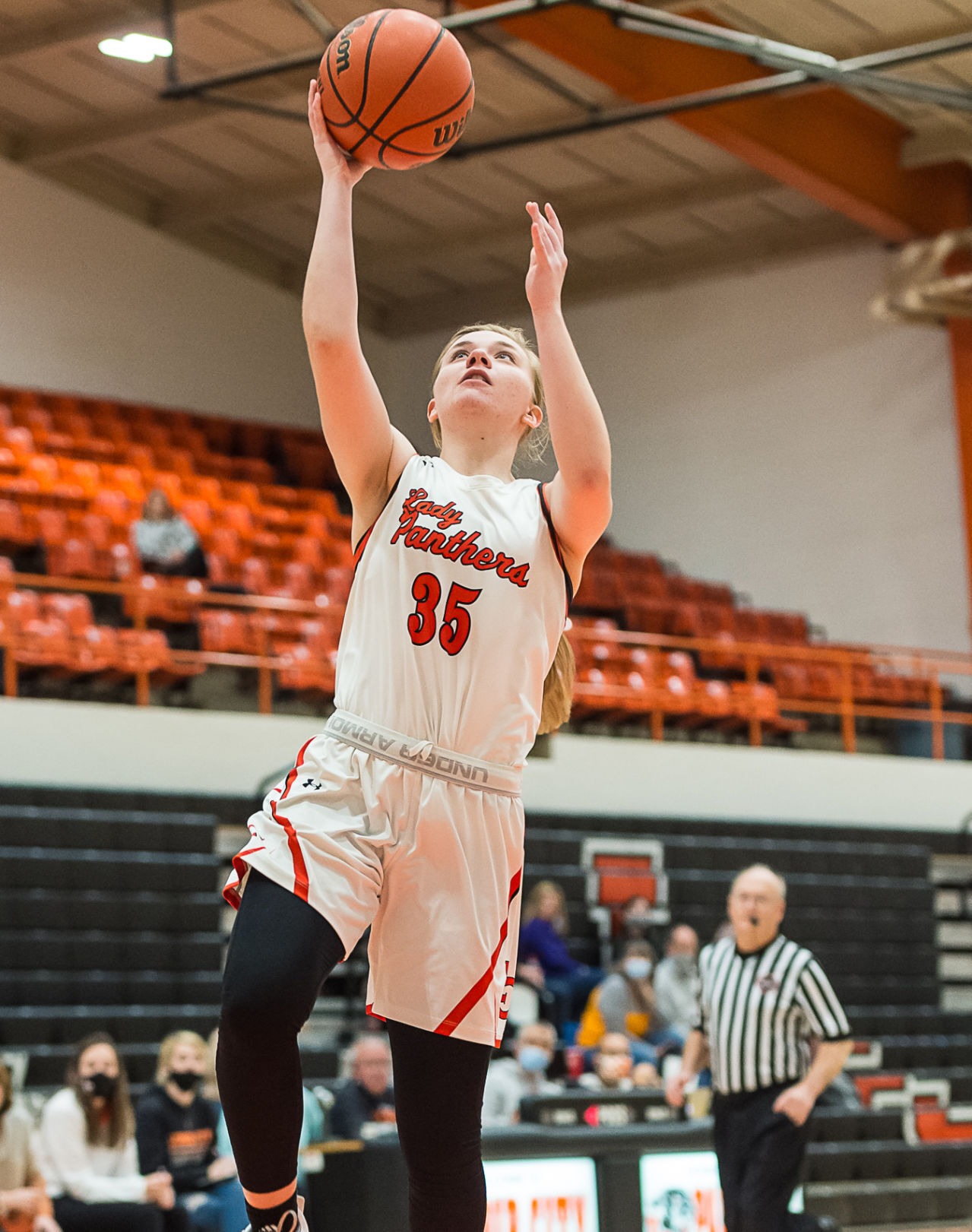 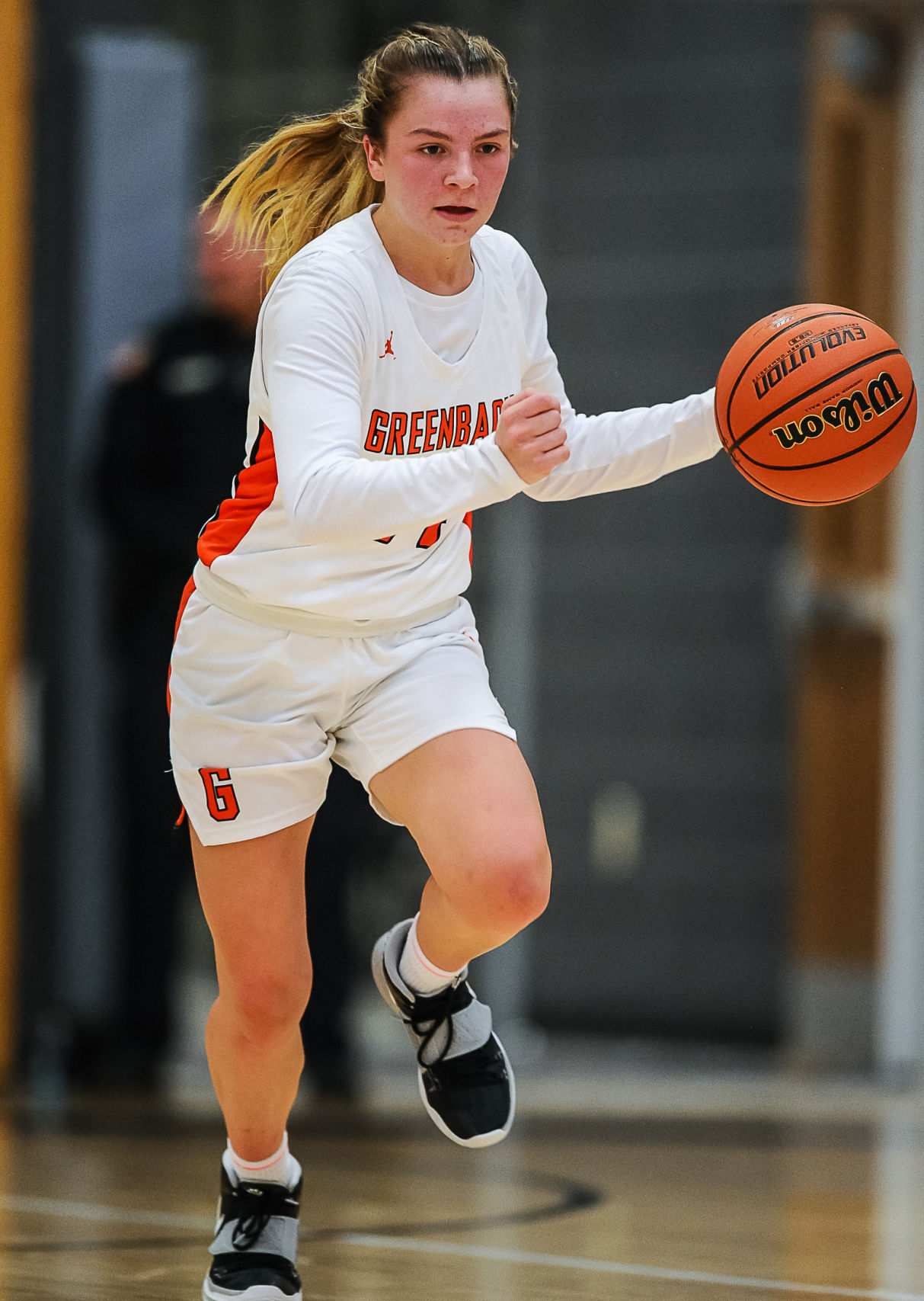 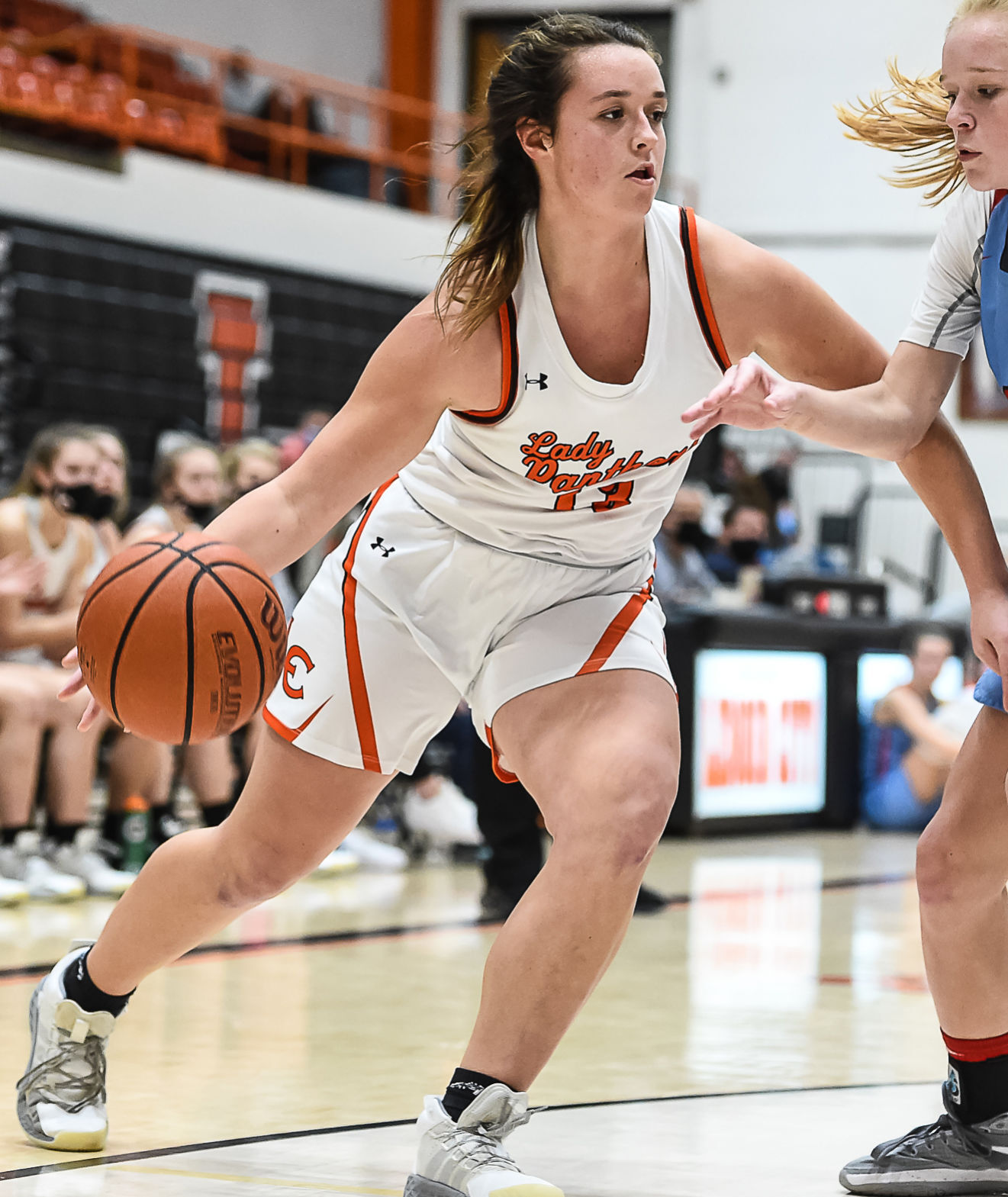 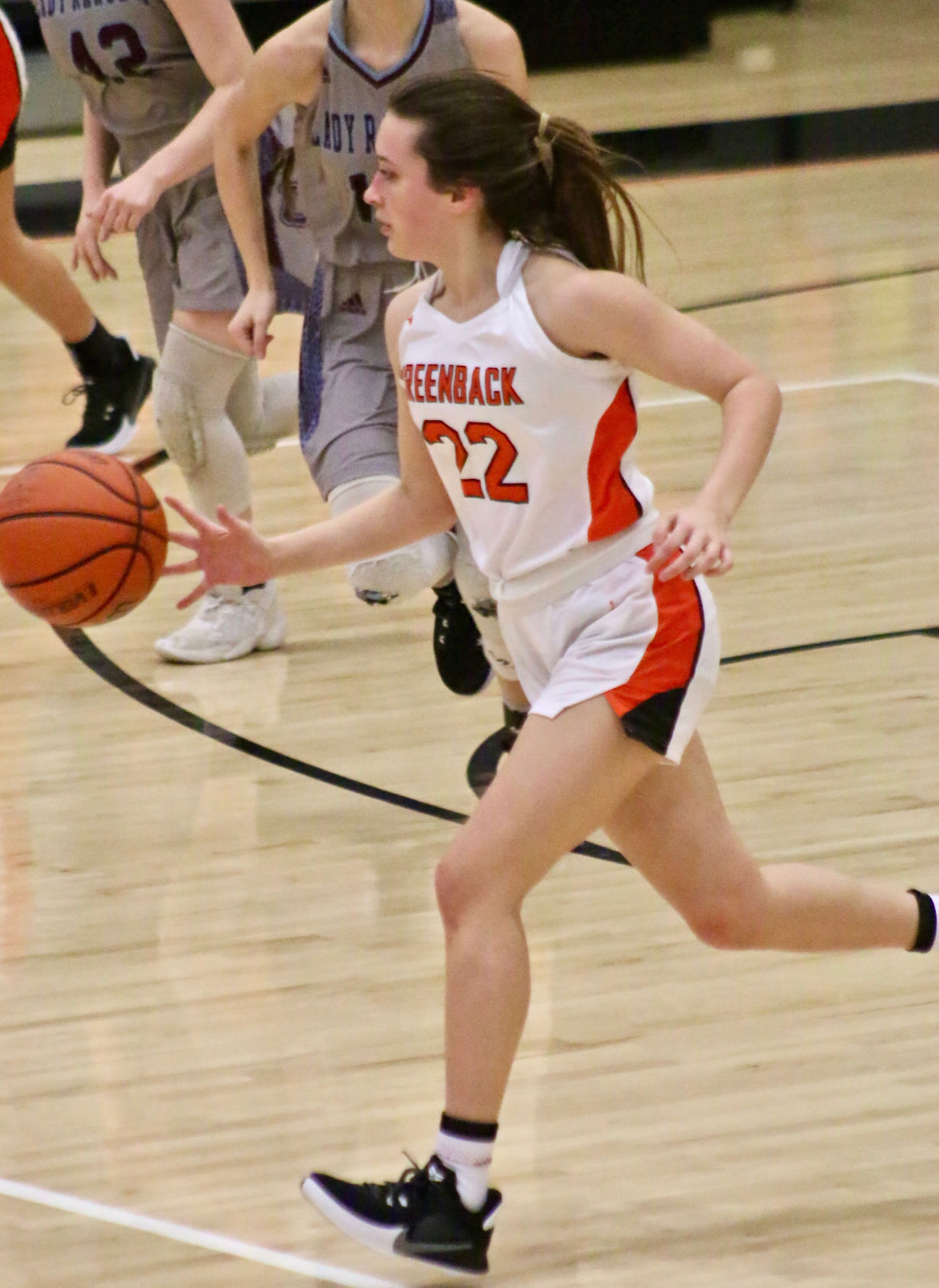 Greenback School junior Madison Graves drives down the court against Unaka High School in the Region 1-1A quarterfinals. 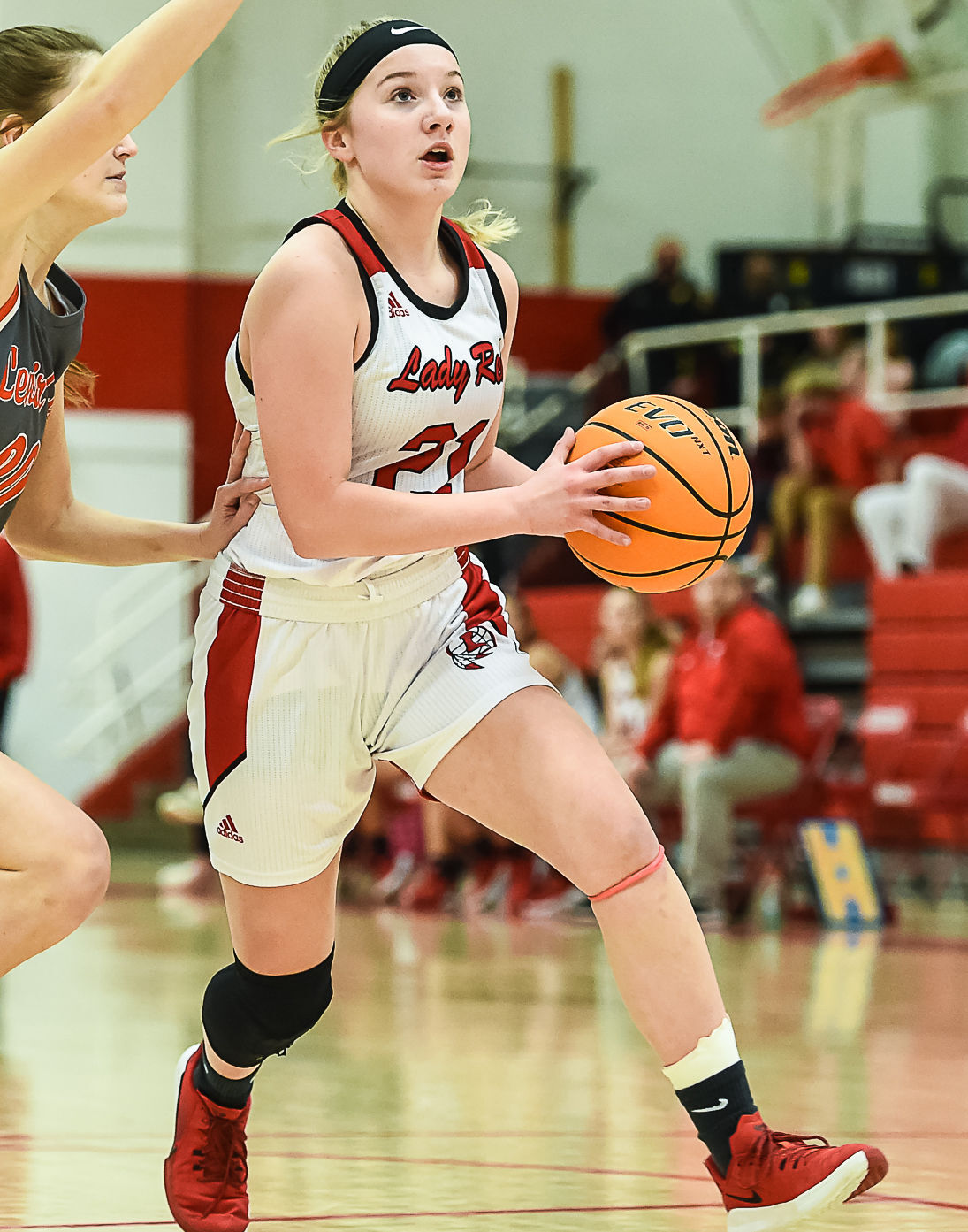 Greenback School junior Kierra Bishop averaged 13 points, three steals and five rebounds per game en route to being named to the All-District 2-1A first team. She is the 2021 All-County Player of the Year.

Greenback School junior Madison Graves drives down the court against Unaka High School in the Region 1-1A quarterfinals.

The 2021 All-County Girls Basketball Team is chosen through a combination of statistics, personal observation and coaching suggestions. Final decisions are made by News-Herald sports writer Nick Davis. He can be contacted at 865-635-0841 or nick.davis@news-herald.net.

Kierra Bishop has been an impactful player for the Greenback School Lady Cherokees since her eighth-grade year, but she made the leap to becoming one of the best players in District 2-1A and Region 1-1A this season.

The Lady Cherokees starting shooting guard averaged 13 points per game, led the team in three-pointers made and served as the team’s go-to player when the game was on the line. She averaged three steals and five rebounds per game en route to leading Greenback to its fifth consecutive Region 1-1A tournament appearance.

Christa Angelos flashed early in her first two years at Lenoir City High School, but her role as a starting forward quickly expanded between her junior and senior seasons.

Angelos was a key player for the Lady Panthers in her final season and was often looked to in key moments. She shot 33% from the three-point line while averaging 6.3 points, four rebounds and 1.5 assists per game. She also finished the season tied for first on the team with 25 steals.

Loudon High School senior Summer Parnell was part of a five-player senior class this season, but she was tasked with putting the team on her back for the majority of the season under first-year head coach John Hii.

Seniors Chloe Rausin and Katelyn Fortman were injured early and sat out the remainder of the season, and starting point guard Carrie Pittman sustained an arm injury midway through the season, forcing Parnell to step up as the team’s leading scorer and defender.

Keri Alexander proved herself as one of the best athletes in District 2-1A this season and made a strong case for being selected as this year’s All-County Player of the Year.

Alexander flourished as the Lady Cherokees’ starting center and often out-battled opponents in the paint with her size and skill. She led the team with an average of 14 points and nine rebounds per game, but she also averaged two steals.

LCHS head girls basketball coach Tim Smith knew he had a special talent in Jordan Gresham three years ago, and she lived up to expectations by the end of her senior year.

Gresham started at center for the Lady Panthers, and while she was a force in the paint, she also showcased her versatility by shooting from the perimeter or driving the basket. She averaged 5.1 points and two rebounds per game, and she led the team with eight charges taken and finished fifth on the team with 18 total steals.

Gresham will have the opportunity to play at the next level after signing Jan. 29 to play basketball at Emory & Henry College.

Lily Morton was the lone senior for the Lady Cherokees this season and played an instrumental role in guiding Greenback to a second-place finish in District 2-1A and Region 1-1A tournament appearance.

Natalie Johnson was thrust into the starting point guard role last year as a freshman and carried over her success into her second season with the Lady Panthers.

Johnson averaged three points, 2.5 rebounds and 1.5 assists per game, but she tied for first on the team with 25 steals. Johnson was named to the All-District 4-3A tournament first team.

Carrie Pittman was projected to have a breakout senior campaign before missing several weeks midway through the season after suffering an arm injury in December.

Pittman played the remainder of the season with a cast and still managed to lead the team with 11.2 points per game. She also averaged 3.7 rebounds and 1.2 assists per game.

Lydia Yarborough’s demeanor is quiet and reserved, but on the court she played aggressively and led the Lady Panthers in scoring in several games this season.

The Roane State Community College signee starred as a forward and guard for the Lady Panthers and averaged 5.1 points and three rebounds per game. She also led the team in three-pointers and free throws with a 39.5% and 72% shooting average, respectively.

She was named to the All-District 2-1A honorable mention team.

Katelyn Kilgore was part of a large freshman class last year, but she was quickly forced into a starting role and has now served as the Lady Panthers’ starting forward the last two seasons.

Kilgore’s size, physicality and ability to score separated her from a majority of post players in District 4-3A this season when she averaged five points and led the team with six rebounds per game. She also finished second on the team with 21 total steals.

Madison Graves was a key player for Lenoir City two years ago but decided to transfer to Greenback last year for a fresh start, which seemed to have paid off.

Graves gained eligibility midway through the season and immediately became an impact player for head coach Angie Lucier. She averaged nine points, five rebounds and two steals per game and is expected to be one of the top players in District 2-1A next season.

LHS head coach John Hii was forced to play several underclassmen and inexperienced players in his first season due to attrition, but freshman guard Addison Garner proved one of the most exciting players in District 5-2A this season.

Garner averaged 4.3 points, 3.9 rebounds, 1.3 assists and one steal per game and is projected to lead the Lady Redskins next season as the starting point guard.