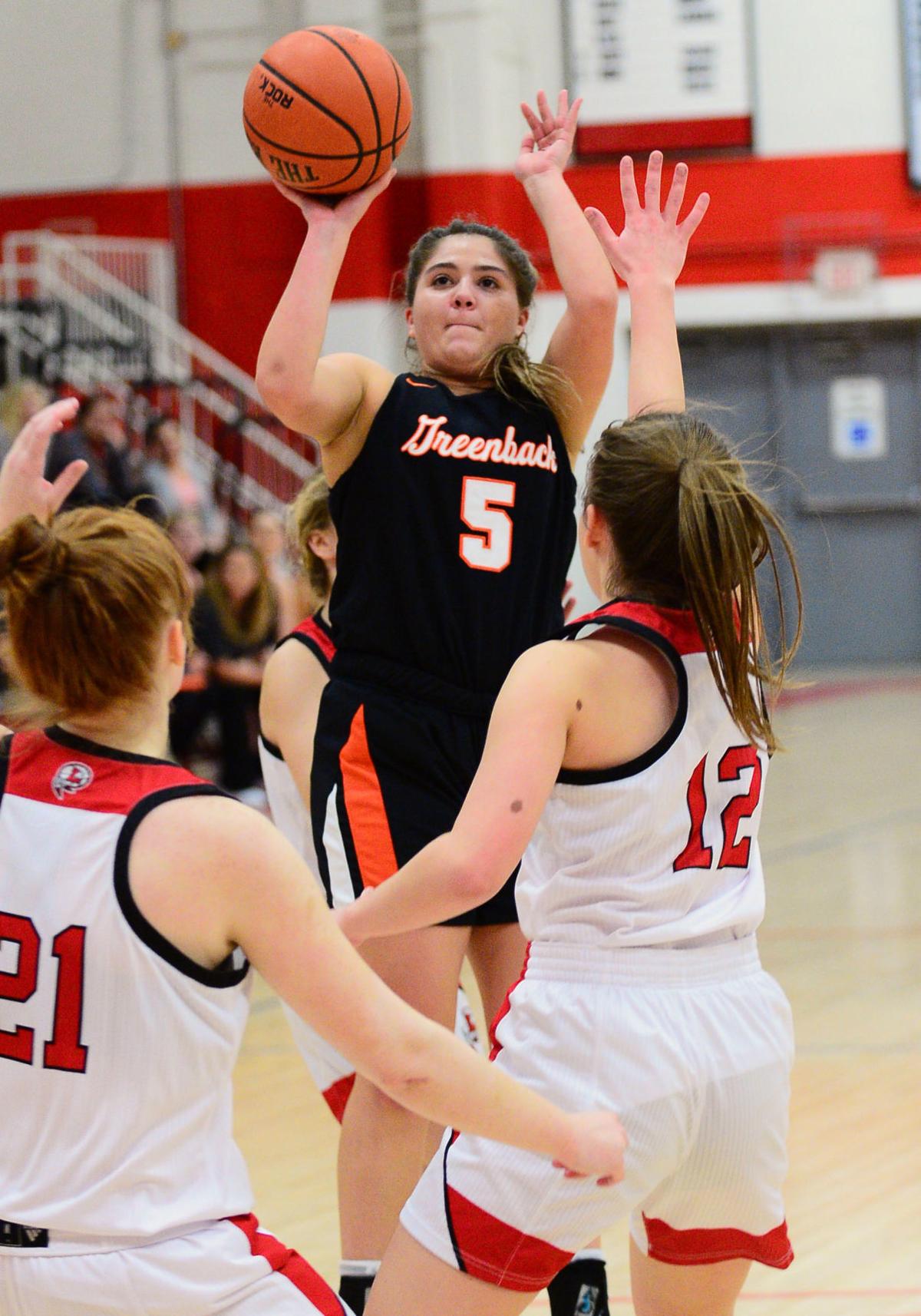 Greenback School senior Anna Morris is the 2020 All-County Player of the Year. 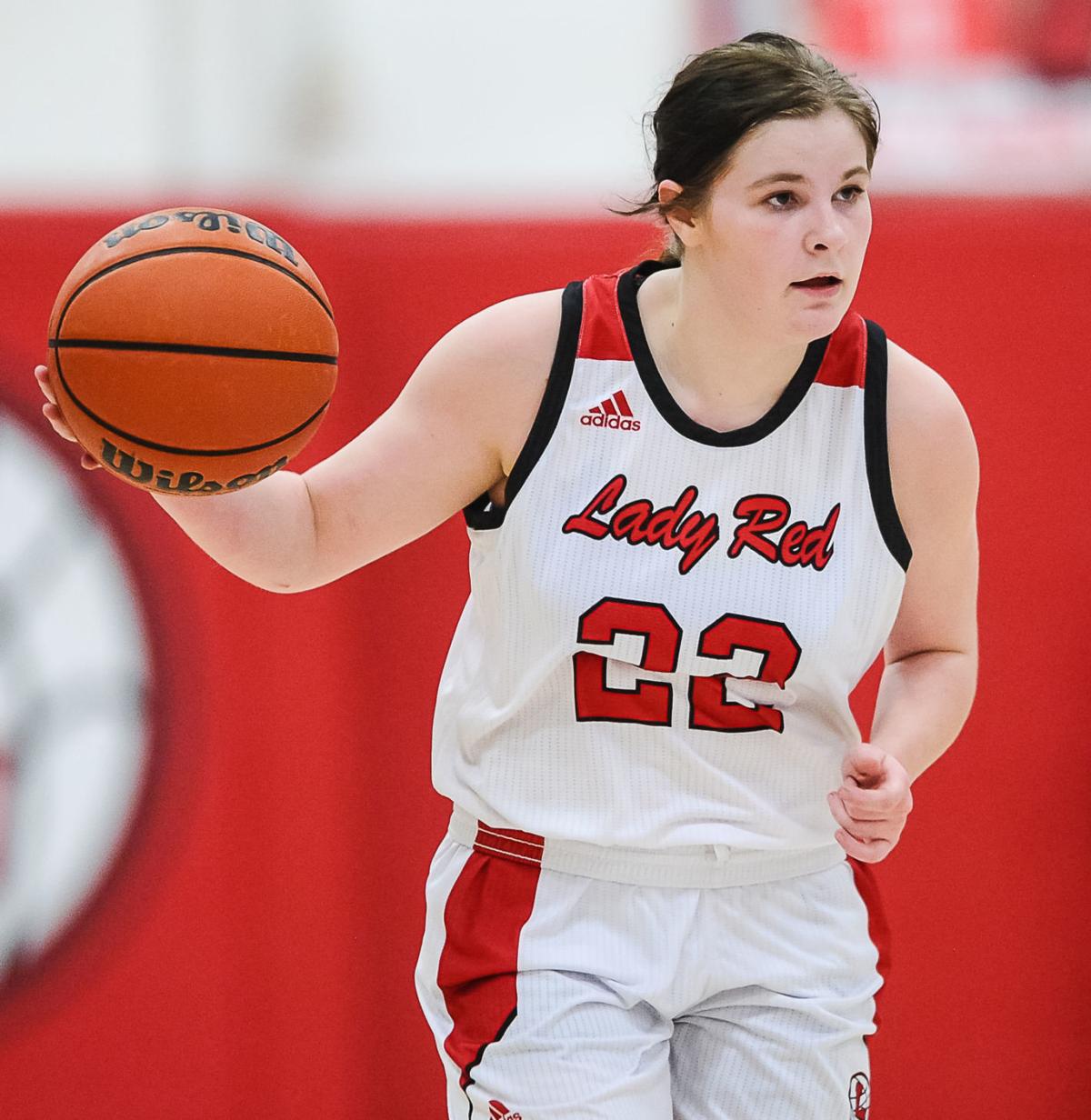 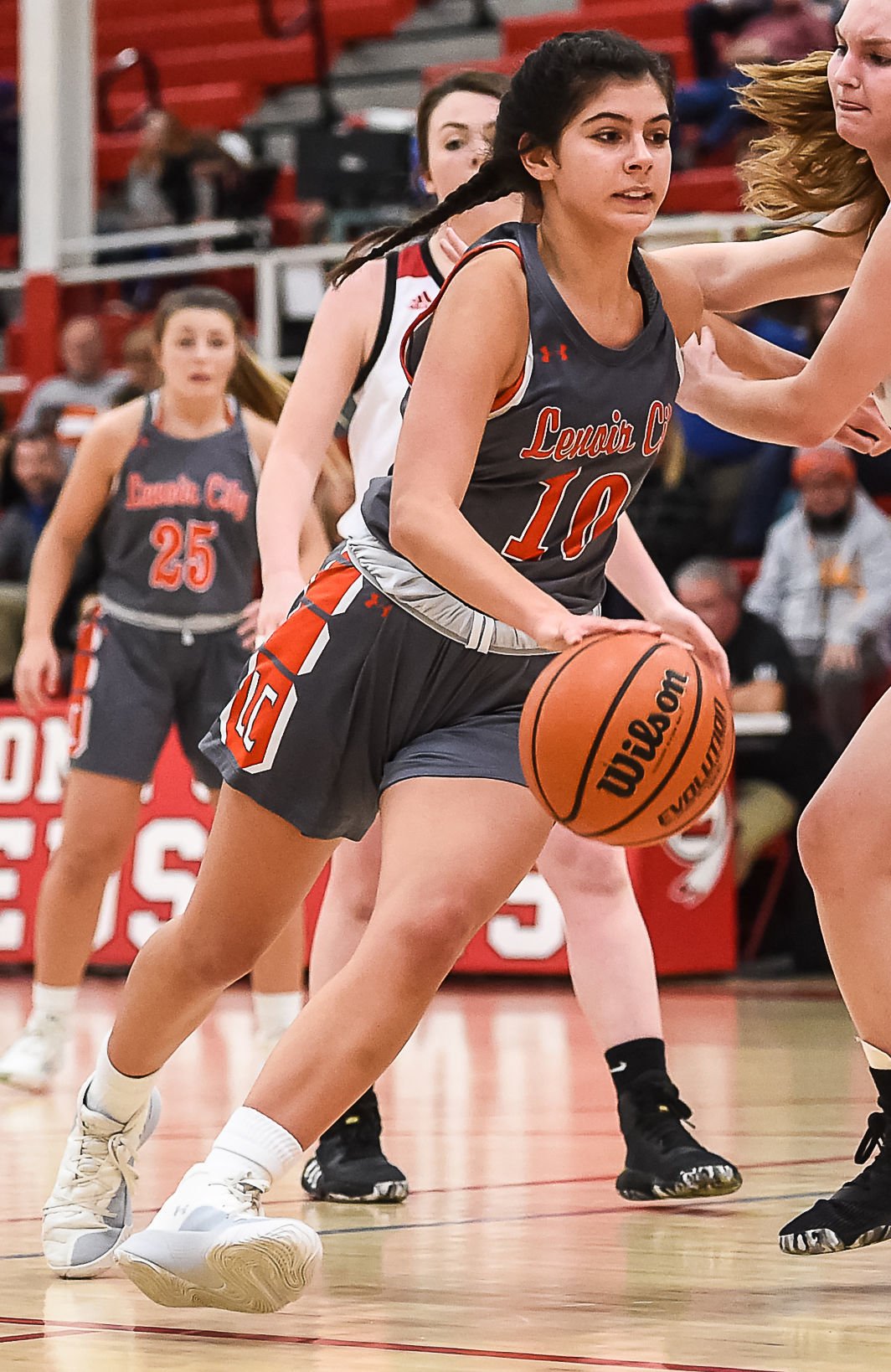 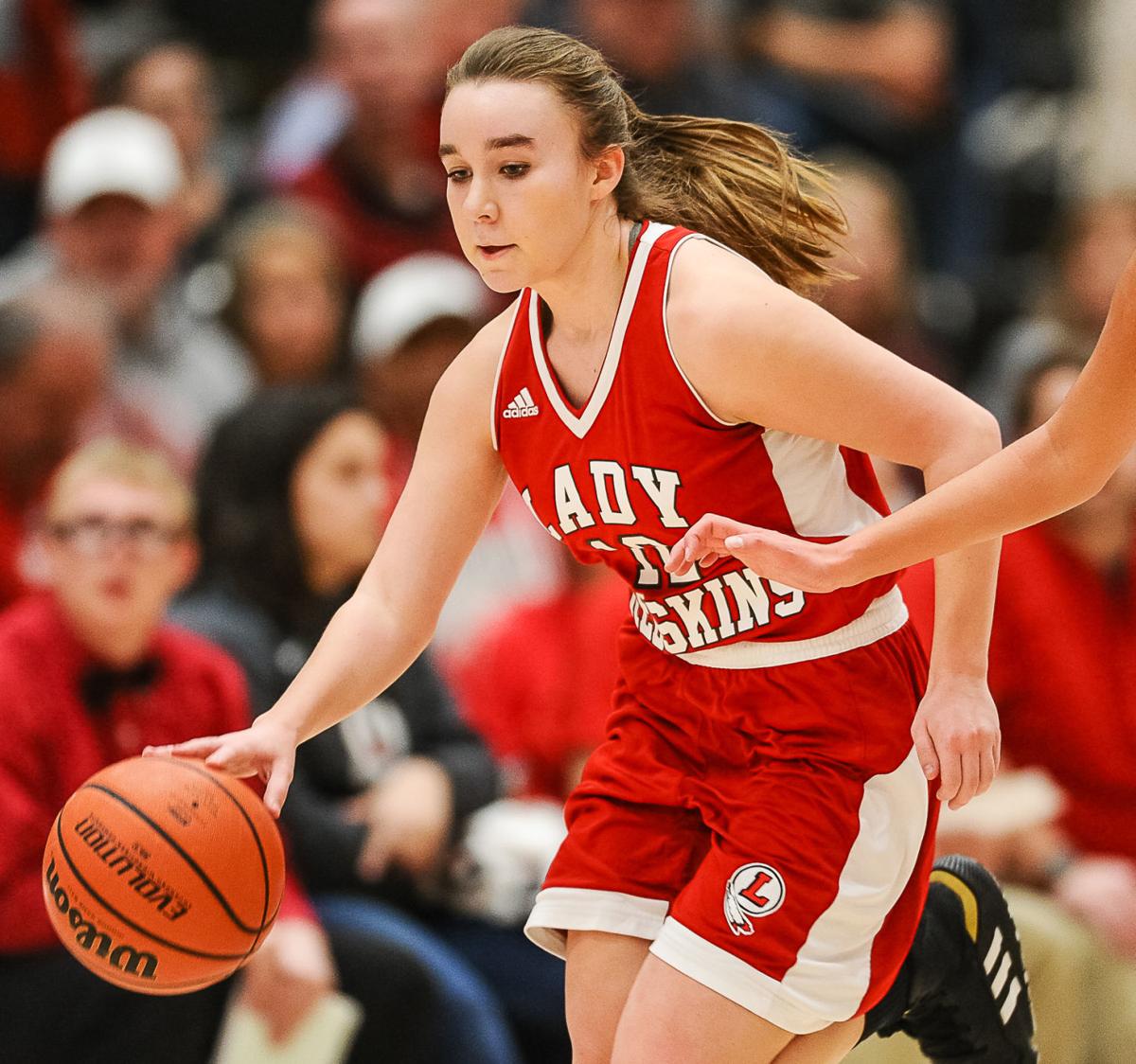 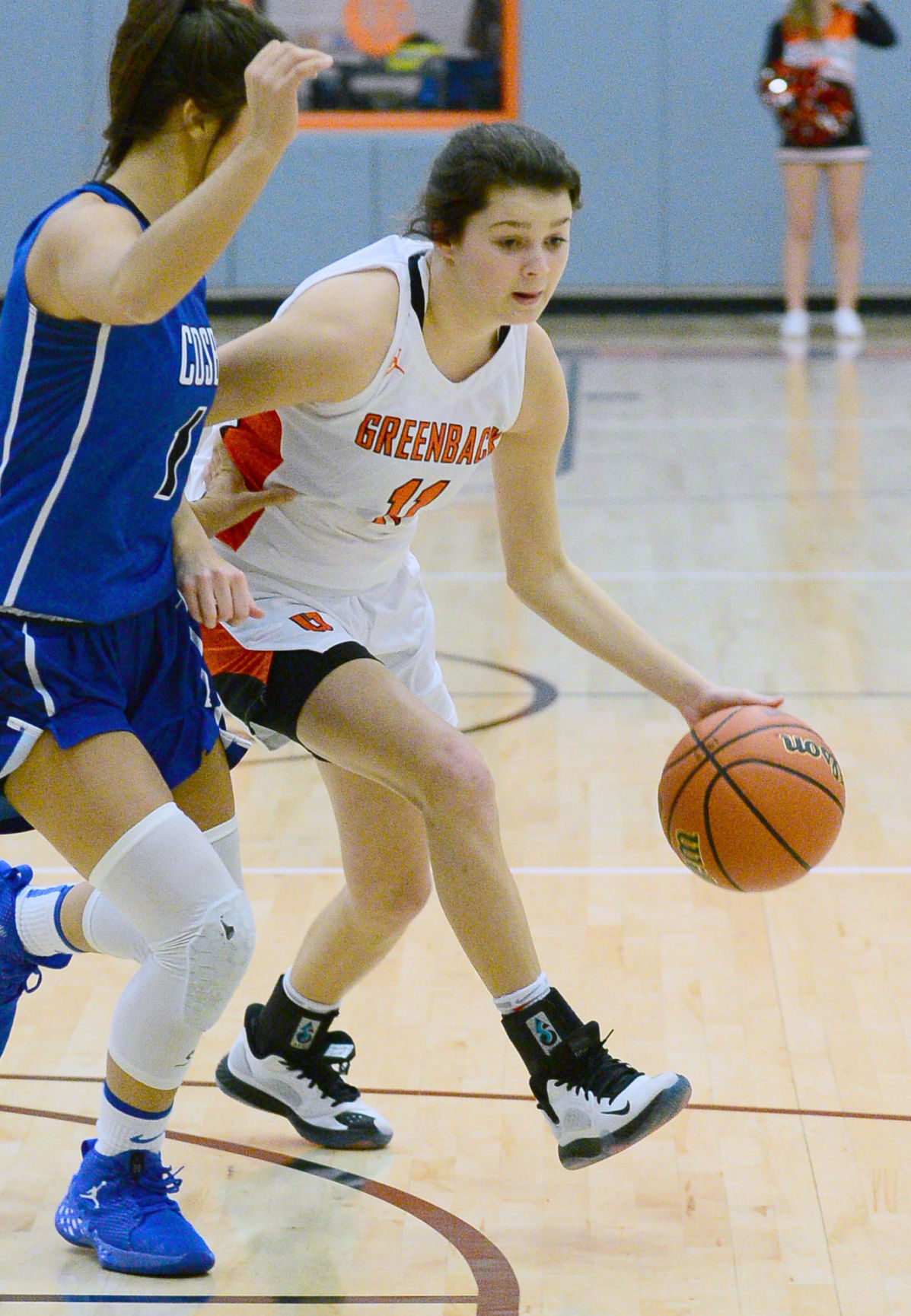 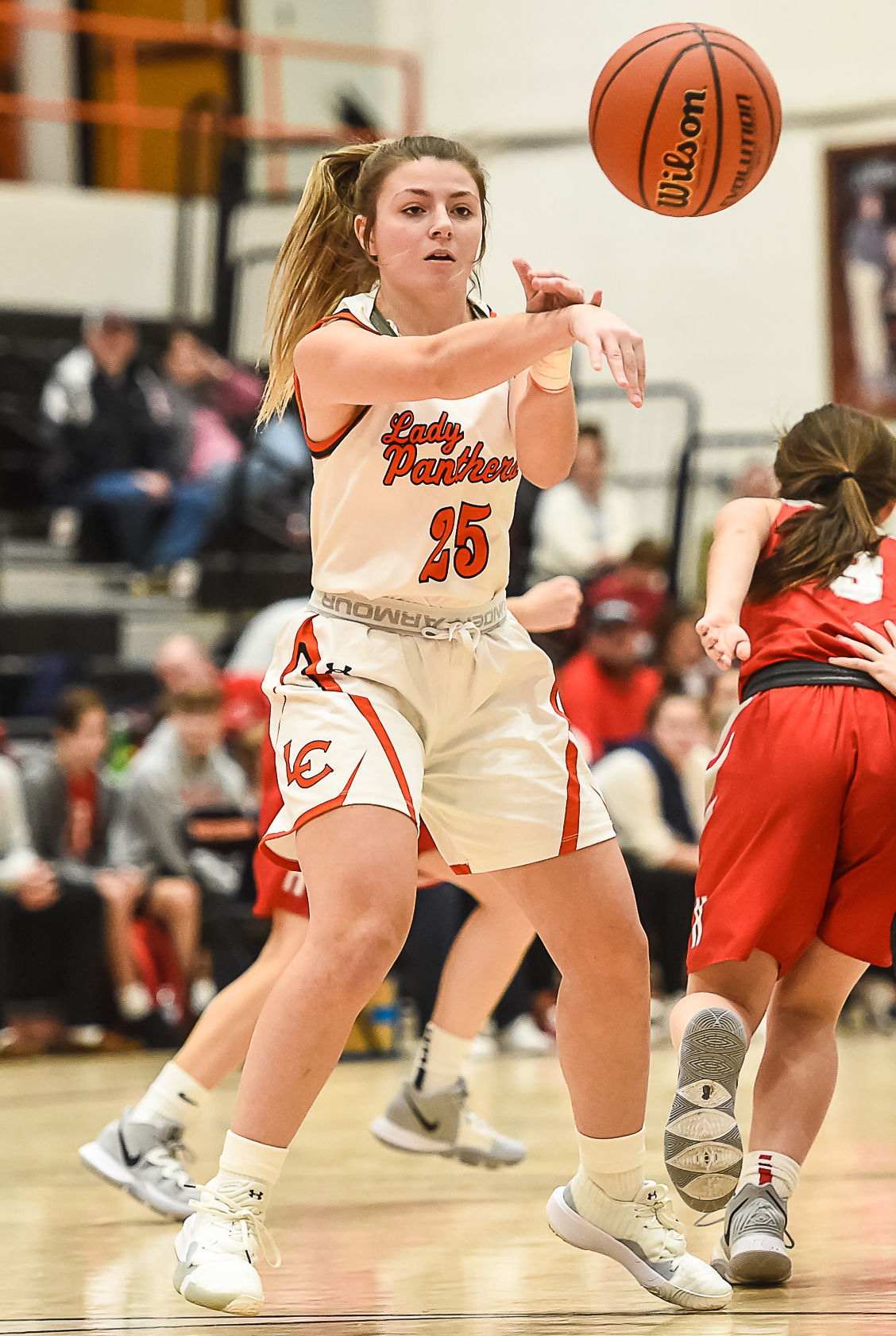 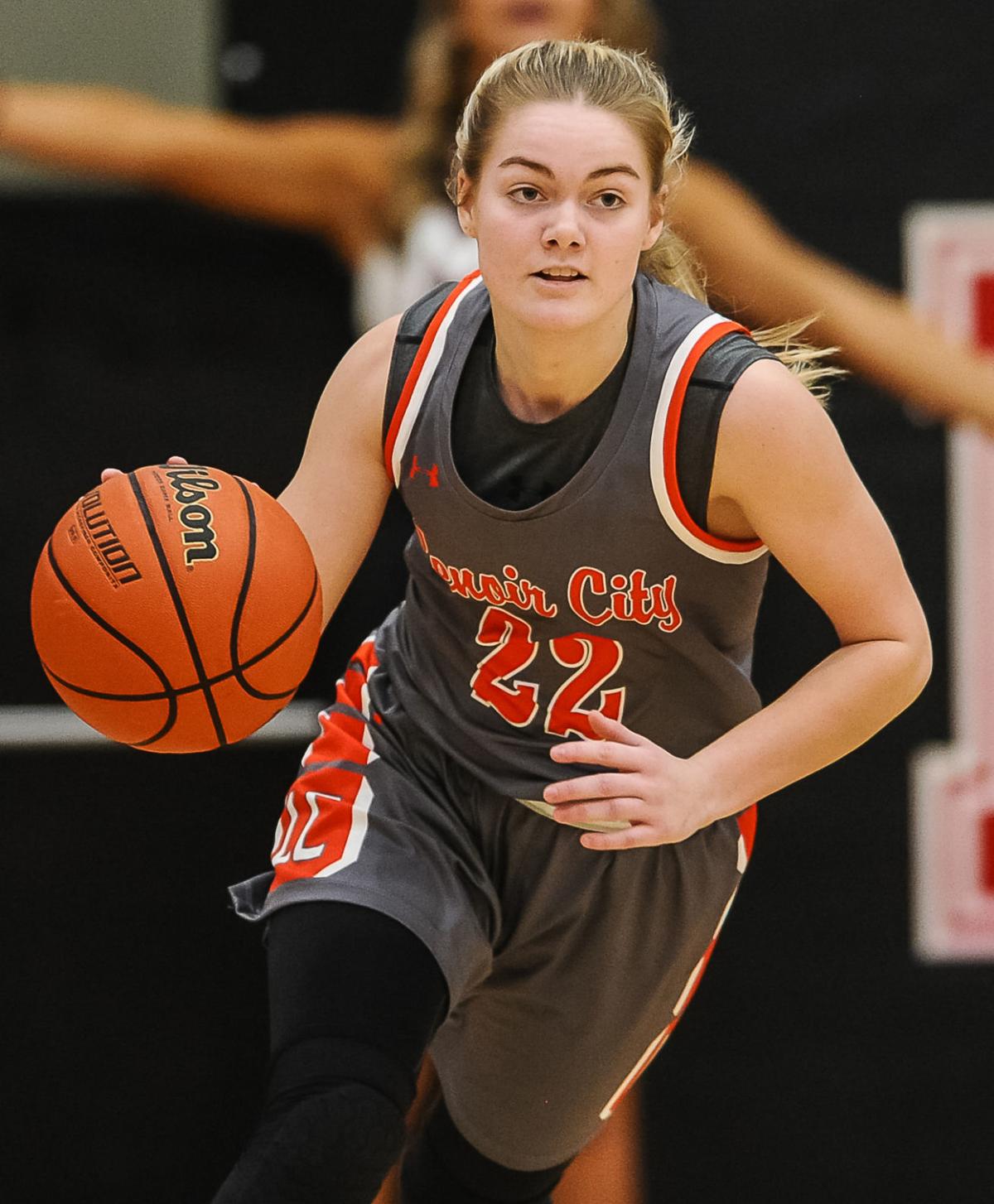 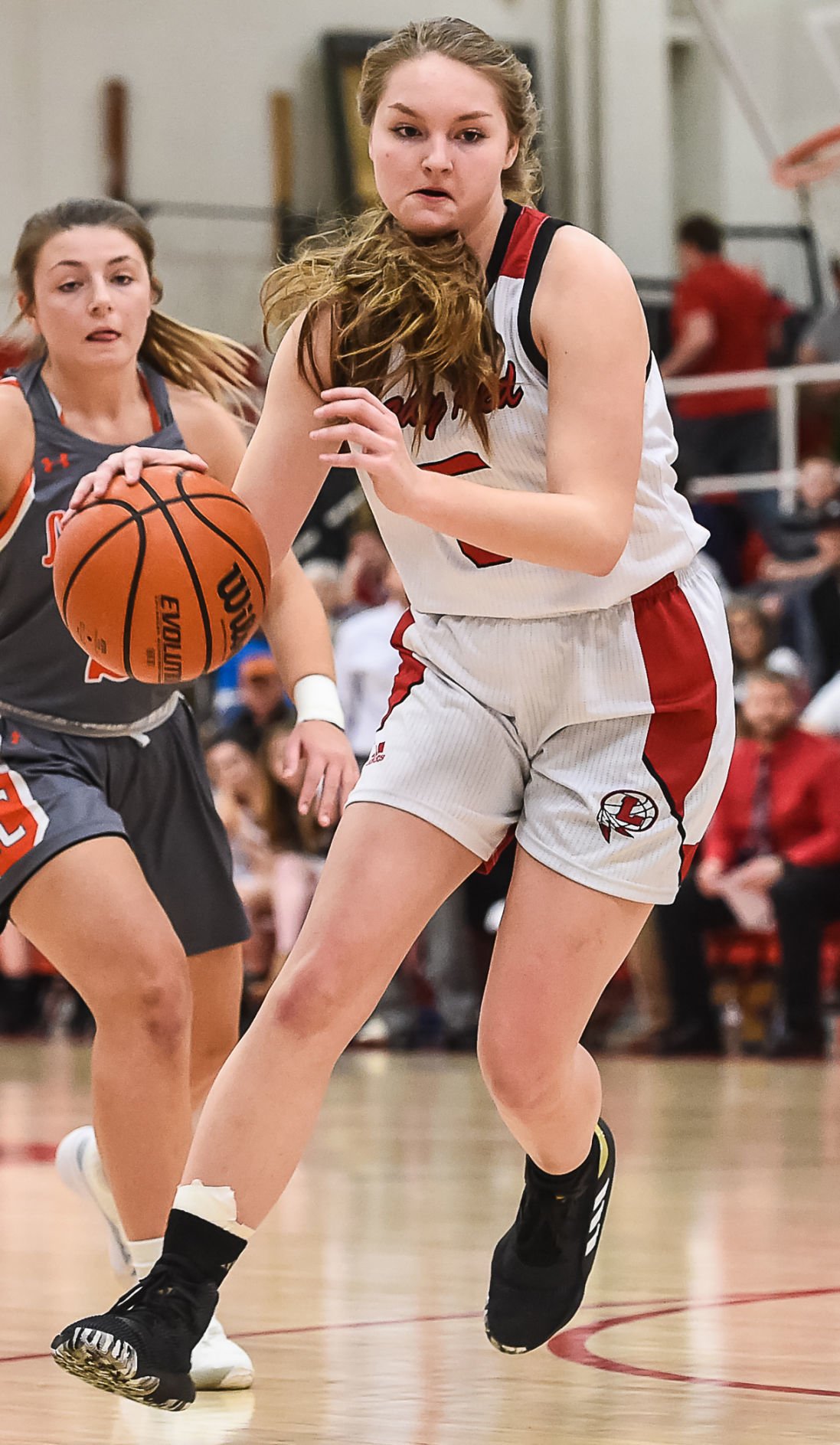 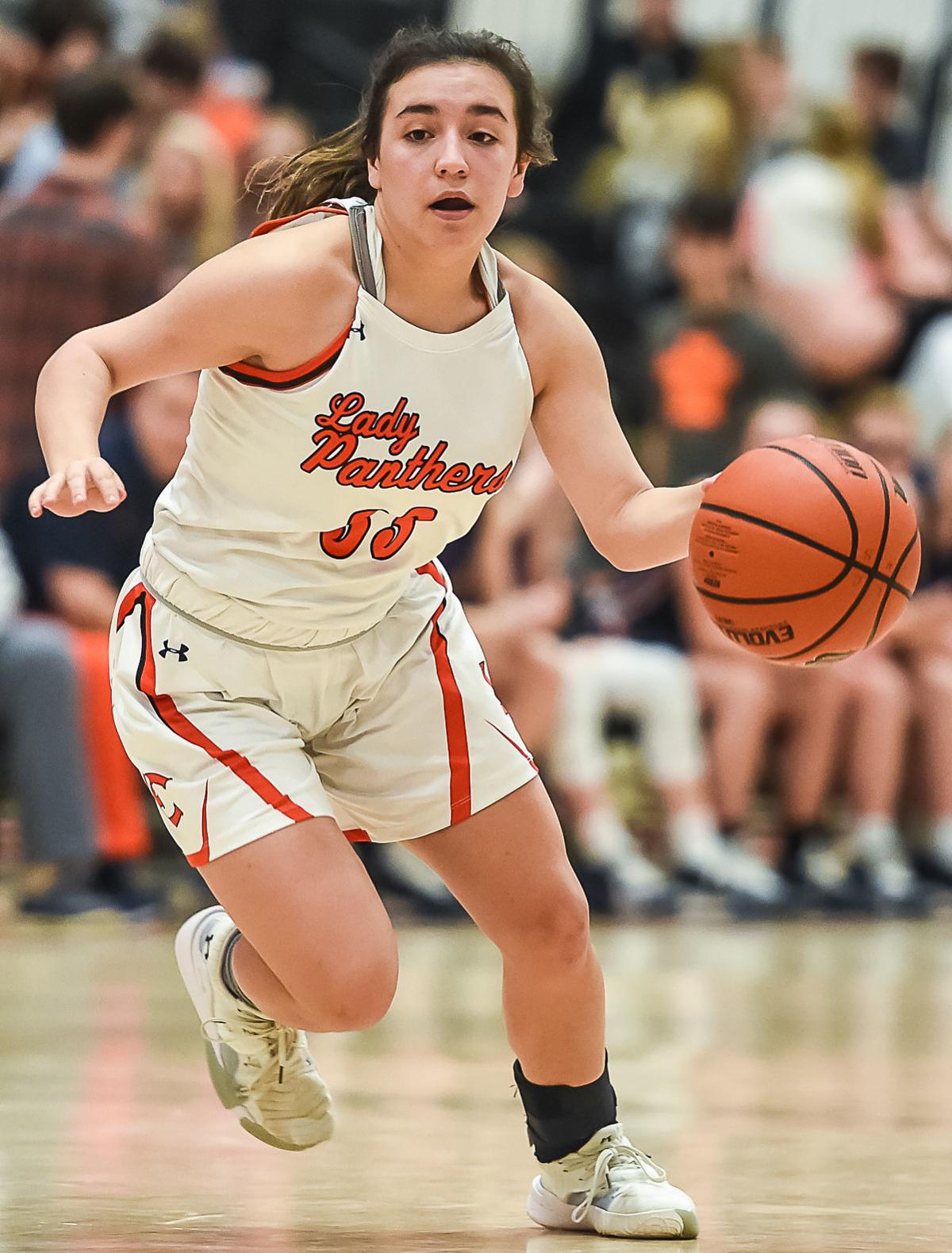 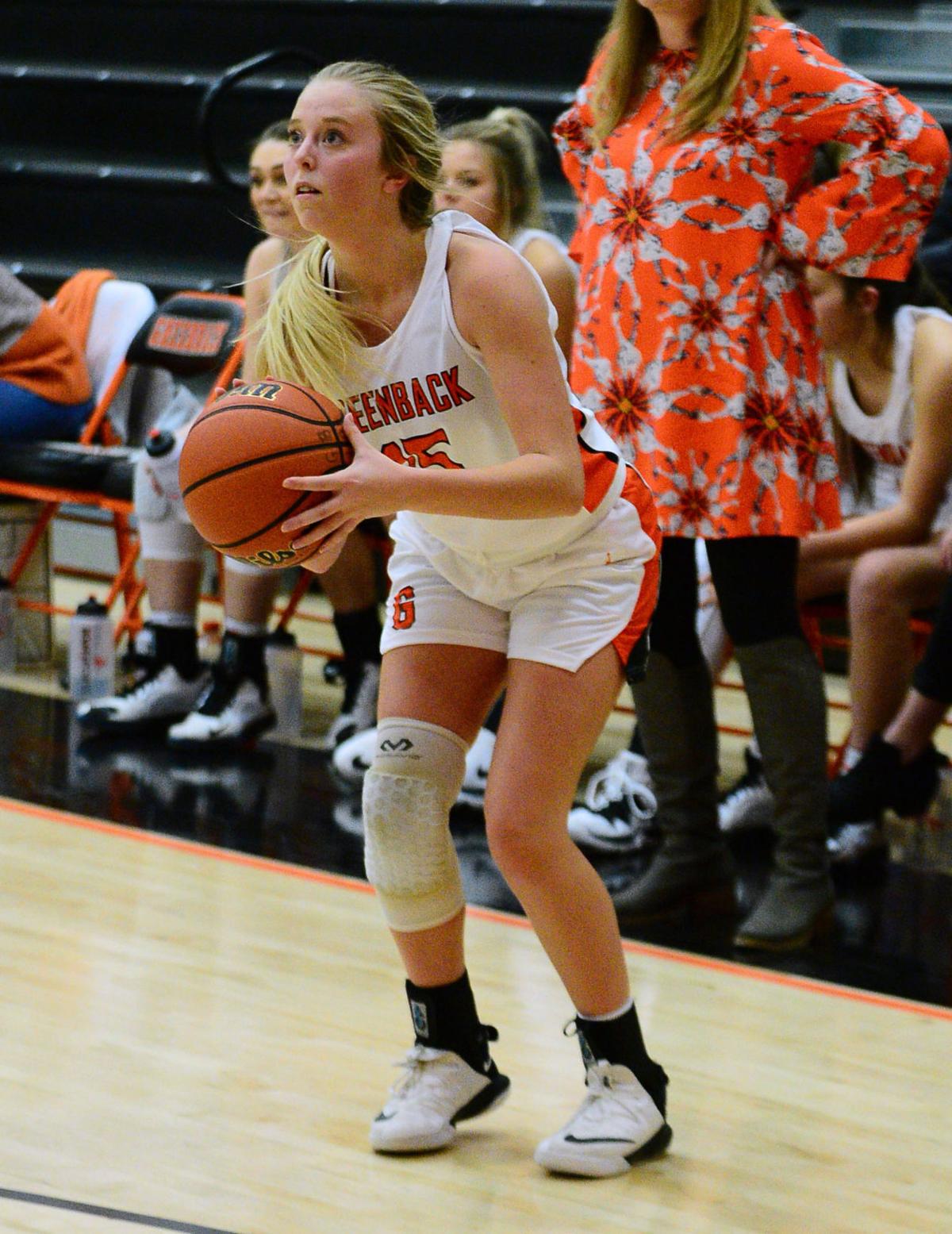 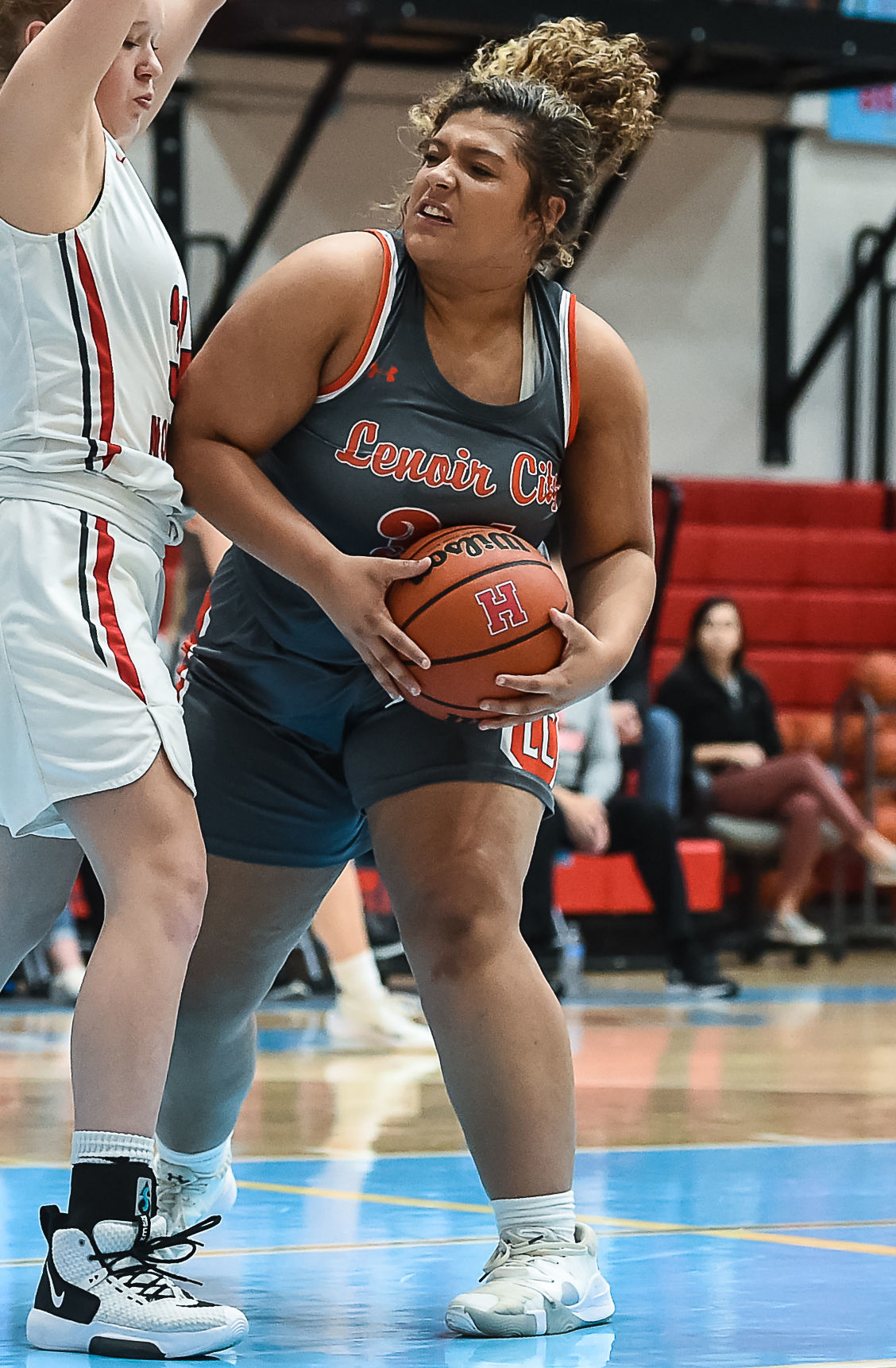 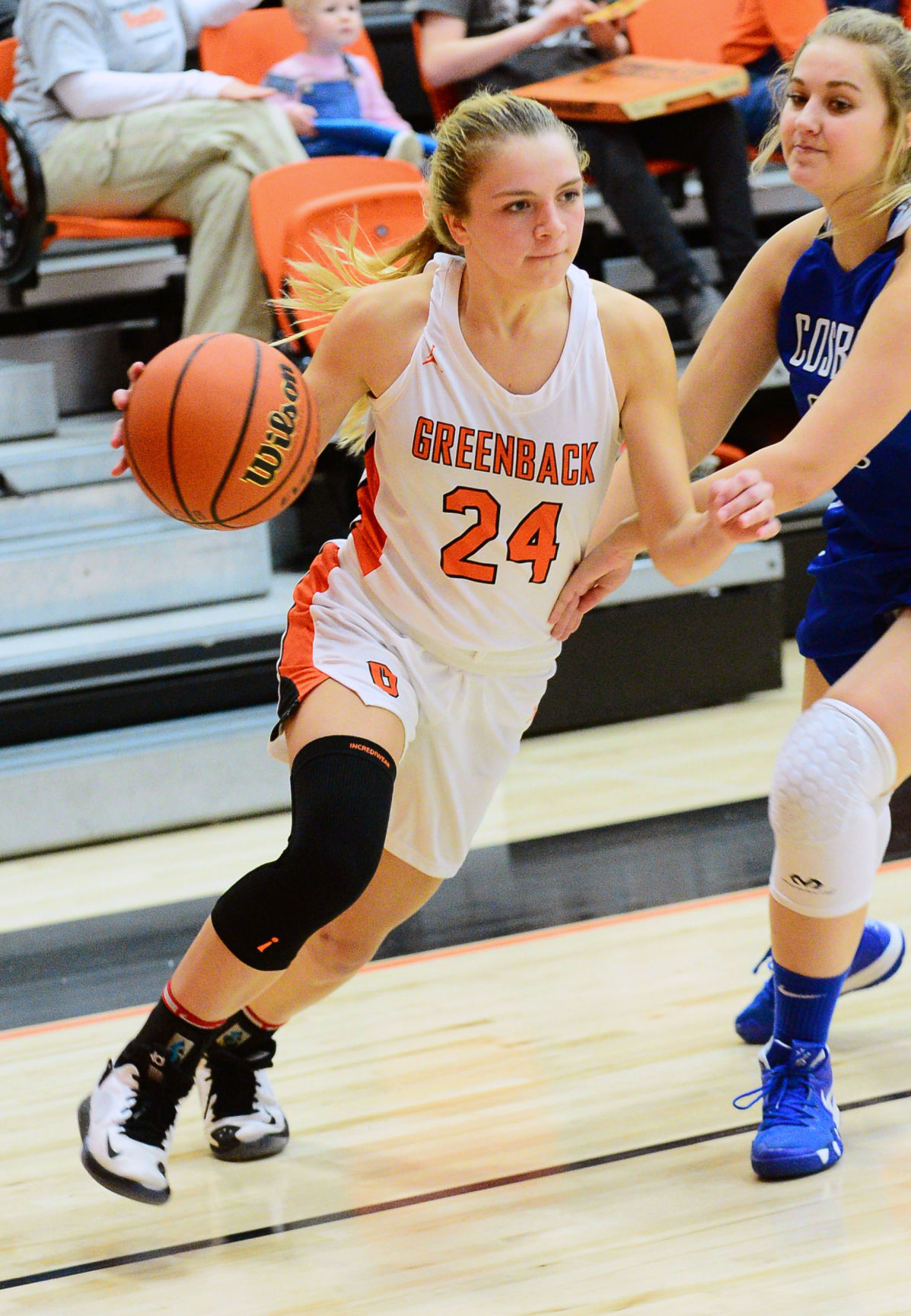 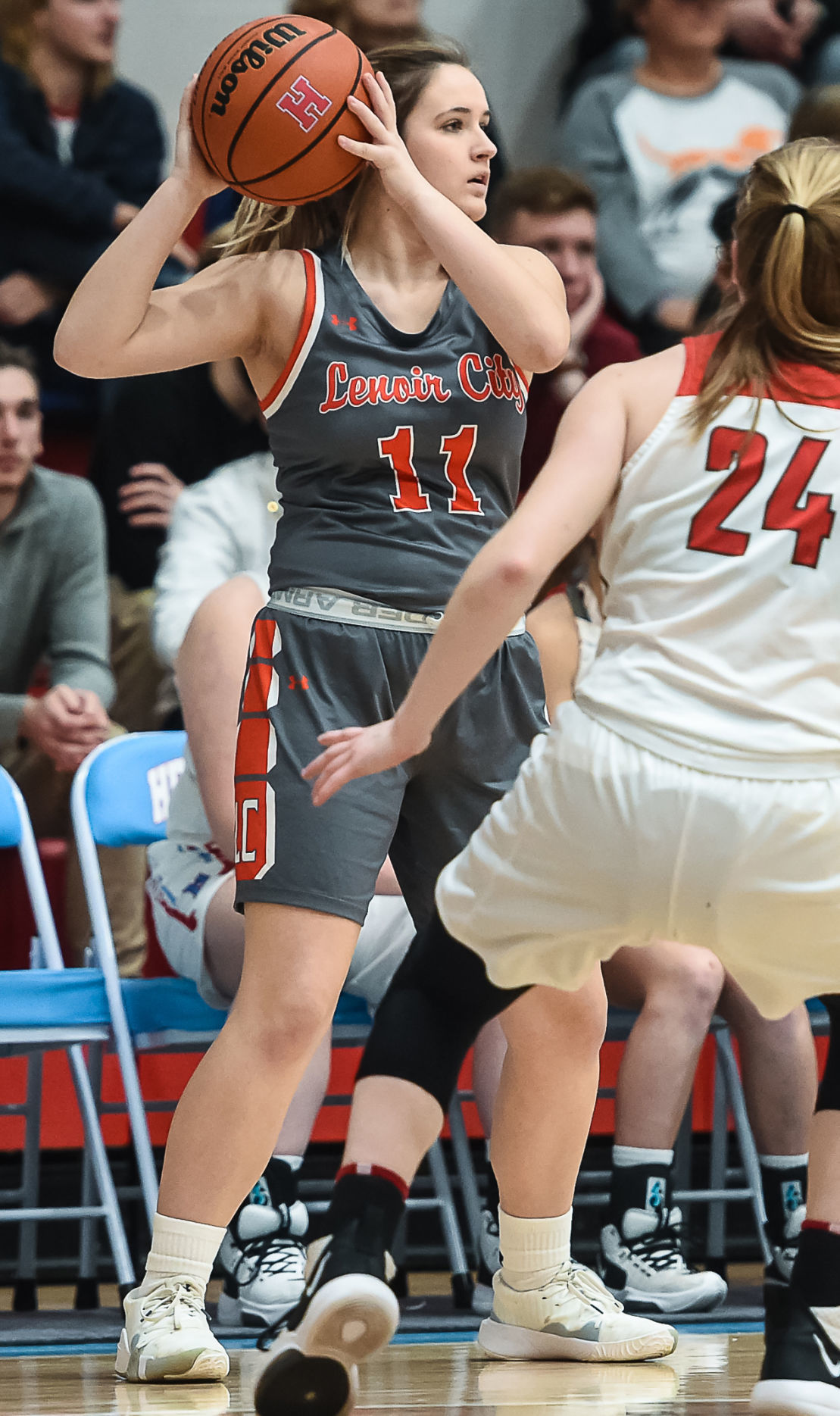 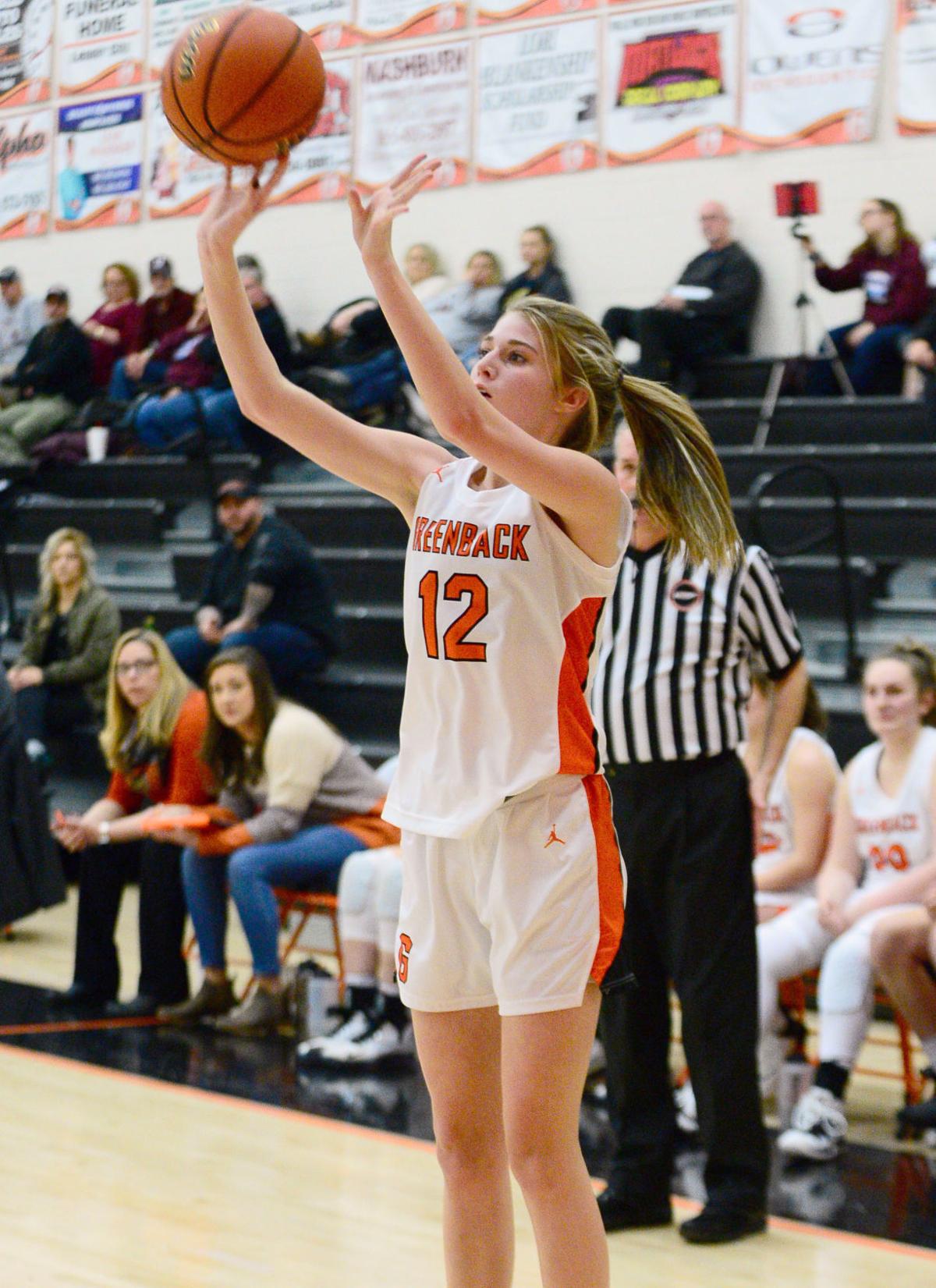 Greenback School senior Anna Morris is the 2020 All-County Player of the Year.

The All-County Girls Basketball Team is chosen through a combination of statistics, personal observation and coaching suggestions. Final decisions are made by News-Herald sports writer Nick Davis. He can be contacted at 865-635-0841 or nick.davis@news-herald.net.

After transferring to Greenback School from William Blount High School last year, Anna Morris made an immediate impact for the Lady Cherokees as the team’s starting point guard.

Morris will continue playing basketball at Cleveland State Community College. She is the 2020 All-County Player of the Year.

Molly Russell missed the majority of her junior season last year after suffering a leg injury but bounced back to finish her senior year as one of the best players in District 5-2A.

Russell primarily served as the Lady Redskins’ starting point guard and led the team with an average of 12.7 points per game. Her best performance of the season came Jan. 30 when she scored 31 points in a 57-45 win over cross-county rival Greenback School.

Russell was also named to the All-District 5-2A first team.

Lenoir City High School’s Christa Angelos was forced into a starting role last year and played her way into a major part of the Lady Panthers’ offense this season.

The Lady Panthers’ starting center averaged seven points and six rebounds per game and led the team in scoring with 179 total points. Angelos was named to the All-District 4-3A first team.

Carrie Pittman burst onto the scene last year midway through the season when starting point guard Molly Russell went down with an injury. Pittman then earned her way to the 2019 All-County team and followed suit again this season.

Pittman finished second on the team with 12.5 points per game and was also named to the All-District 5-2A first team.

Uphoff may not have lit up the stat sheet every night but proved a highly effective player, averaging five points, three rebounds and two deflections per game. She finished fourth on the team with 119 total points.

Emma Jenkins was one of a handful of underclassmen forced into action for the Lady Panthers last year but developed into one of the team’s best performers.

Jenkins started at shooting guard this season and averaged six points and three rebounds per game en route to finishing second on the team with 150 total points.

Parnell proved a versatile and physical player for head coach Josh Brannon this season. She finished third on the team with 4.2 points and four rebounds per game.

The former Lenoir City Intermediate/Middle School star averaged four points, 3.5 rebounds and two assists for the Lady Panthers this season. She finished sixth on the team with 100 points and is expected to play an even bigger role next year.

Kierra Bishop received her first start for the Lady Cherokees as an eighth-grader two years ago and has been a key player for head coach Angie Lucier since.

Bishop finished second on the team this season with 13 points, five rebounds and three steals per game and led the team by shooting 73 percent from the free throw line. She also made history by hitting 50 three-pointers and reached the 1,000-point career milestone.

The Greenback School junior guard was a pivotal piece in coach Angie Lucier’s guard-heavy offense this season due to her speed, ball handling and shooting abilities.

Morton averaged six points, two assists and two steals per game and helped the Lady Cherokees advance to the first round of the Region 1-1A tournament.

Jordan Gresham played sparingly last season but became a physical force in the paint this season against top-tier teams in District 4-3A.

Gresham stifled smaller opponents in the front court with her size but also proved an effective shooter for the Lady Panthers, averaging 4.5 points and 3.3 rebounds per game. She finished third on the team this season with 125 total points.

Mikah Morris found her way onto the court last year as a freshman and earned her way into the starting lineup this season for the Lady Cherokees.

Morris may not have the biggest size, but her physical presence and speed often set her apart from other opponents in District 2-1A. She finished the season with an average of five rebounds and three steals per game.

She averaged 4.4 points per game, shot 86 percent from the free throw stripe and was a 31 percent shooter from beyond the arc. Norwood led the team with 35 three-pointers and finished fourth on the team with 123 points.

Kelsey Lett exceeded preseason expectations after earning her way into the starting lineup as the Lady Cherokees’ center.

Although she lacked in overall size, Lett was a workhorse underneath the rim and led the team with six rebounds per game. Lett is expected to start next season and could become an All-District 2-1A selection.