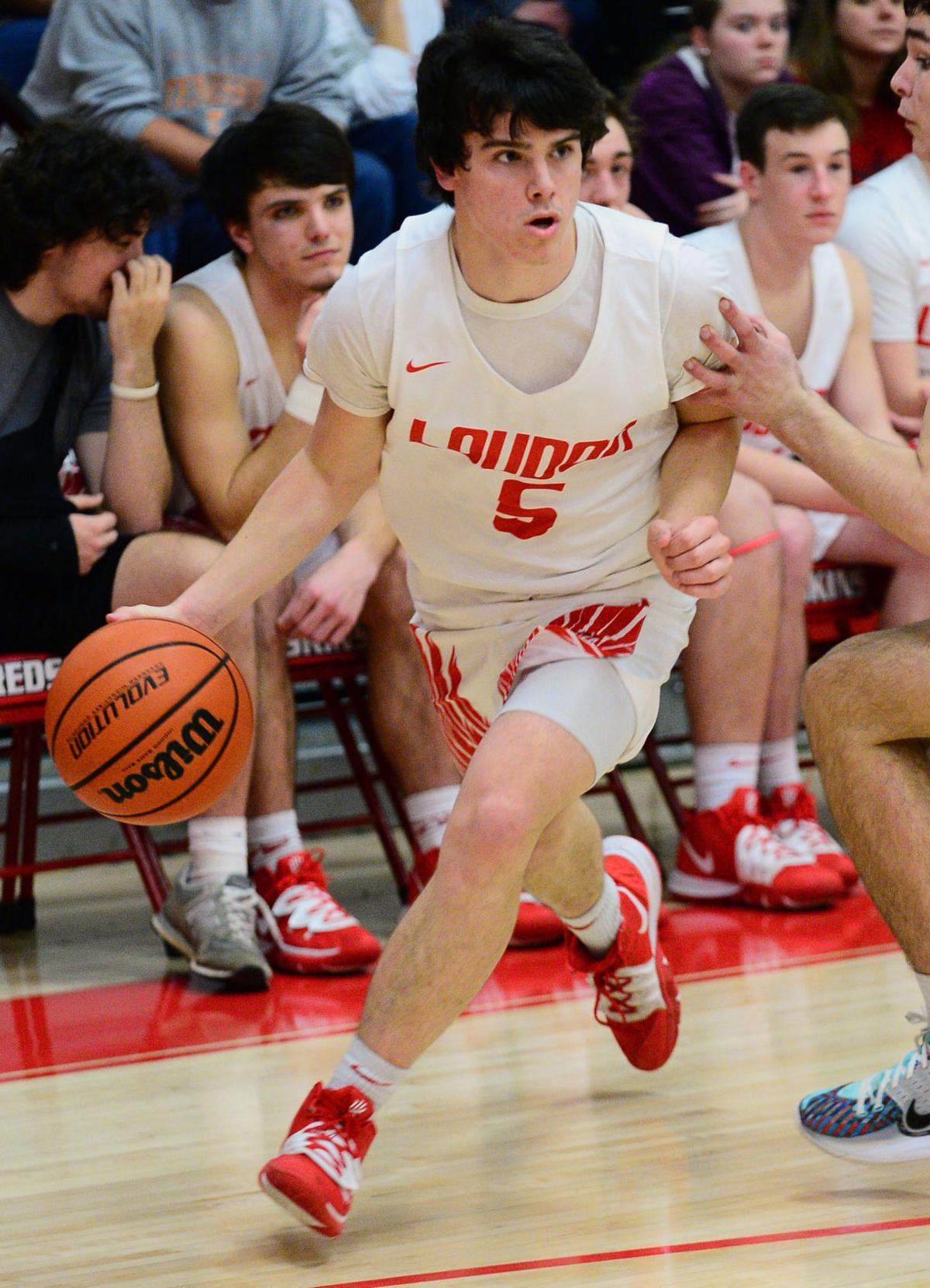 Loudon High School junior Donovan Blankenship is the 2020 All-County Player of the Year. 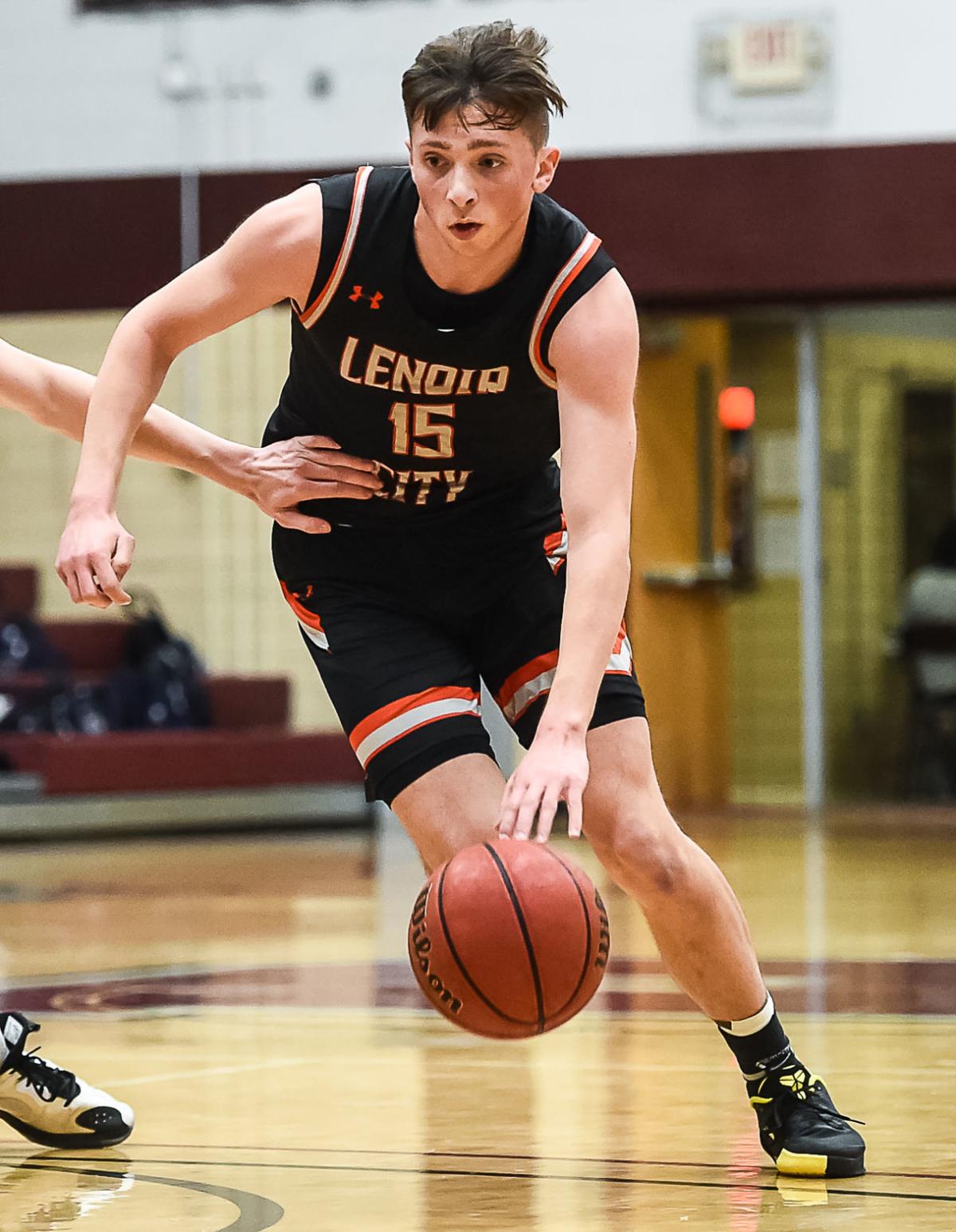 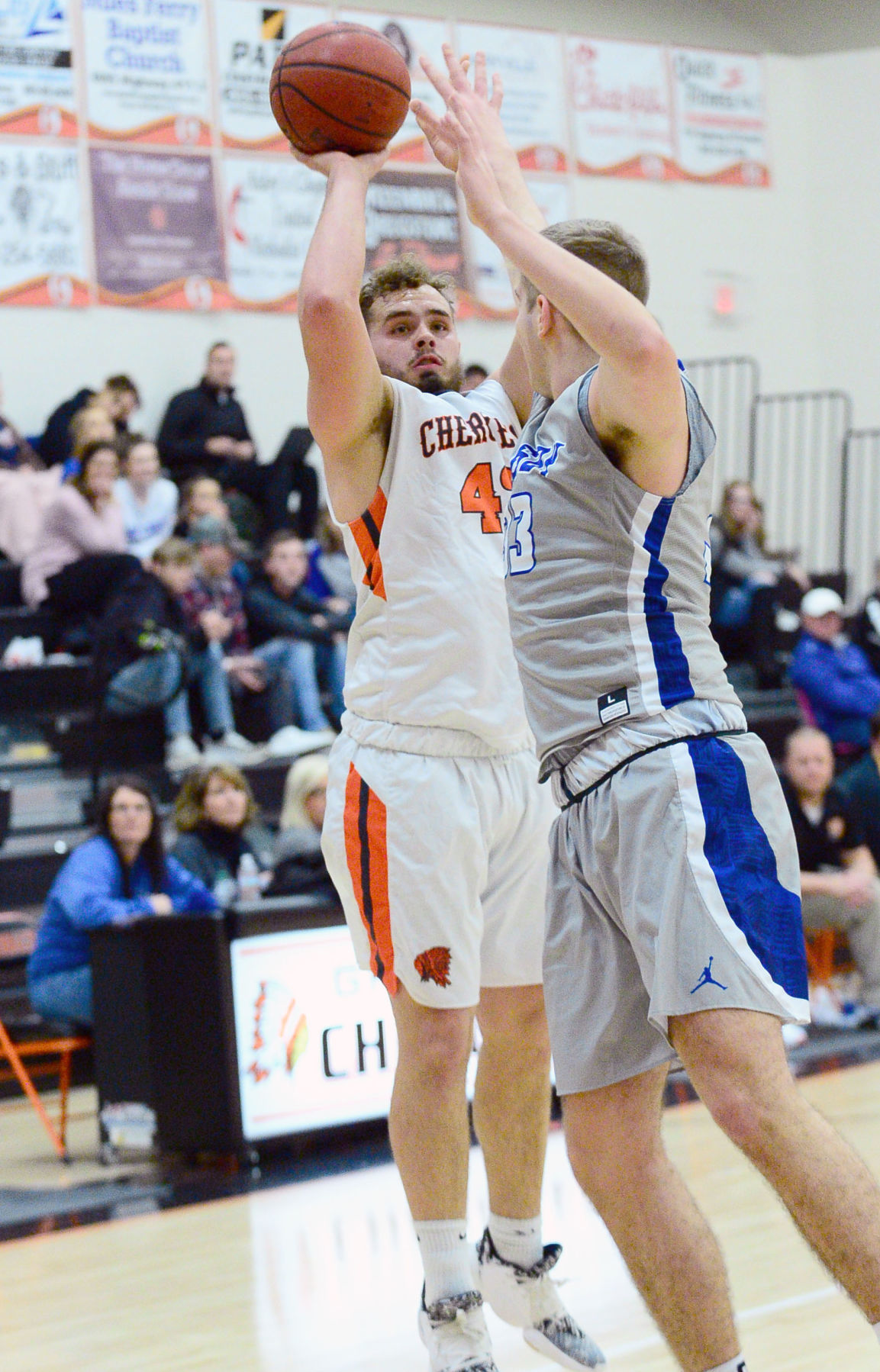 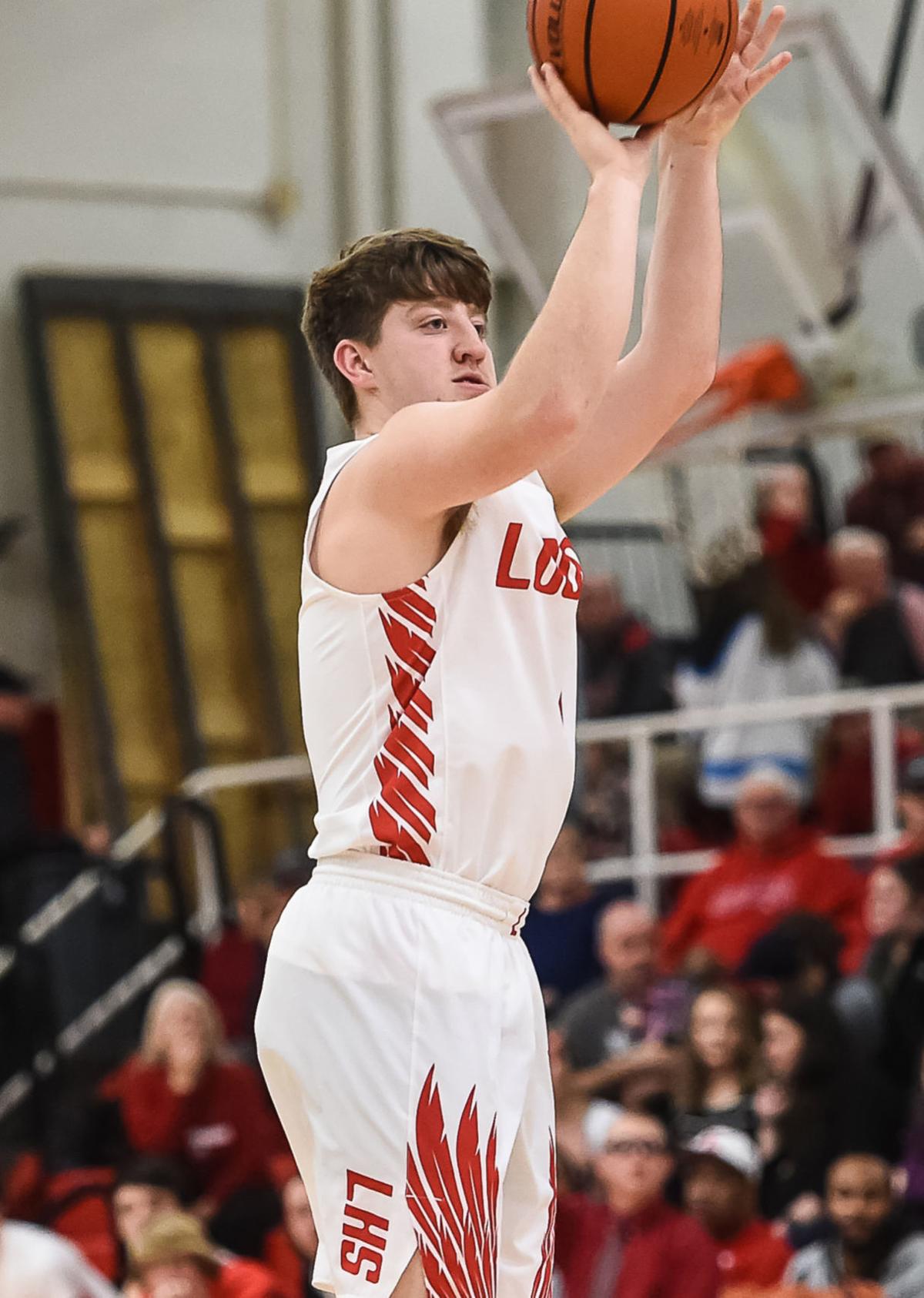 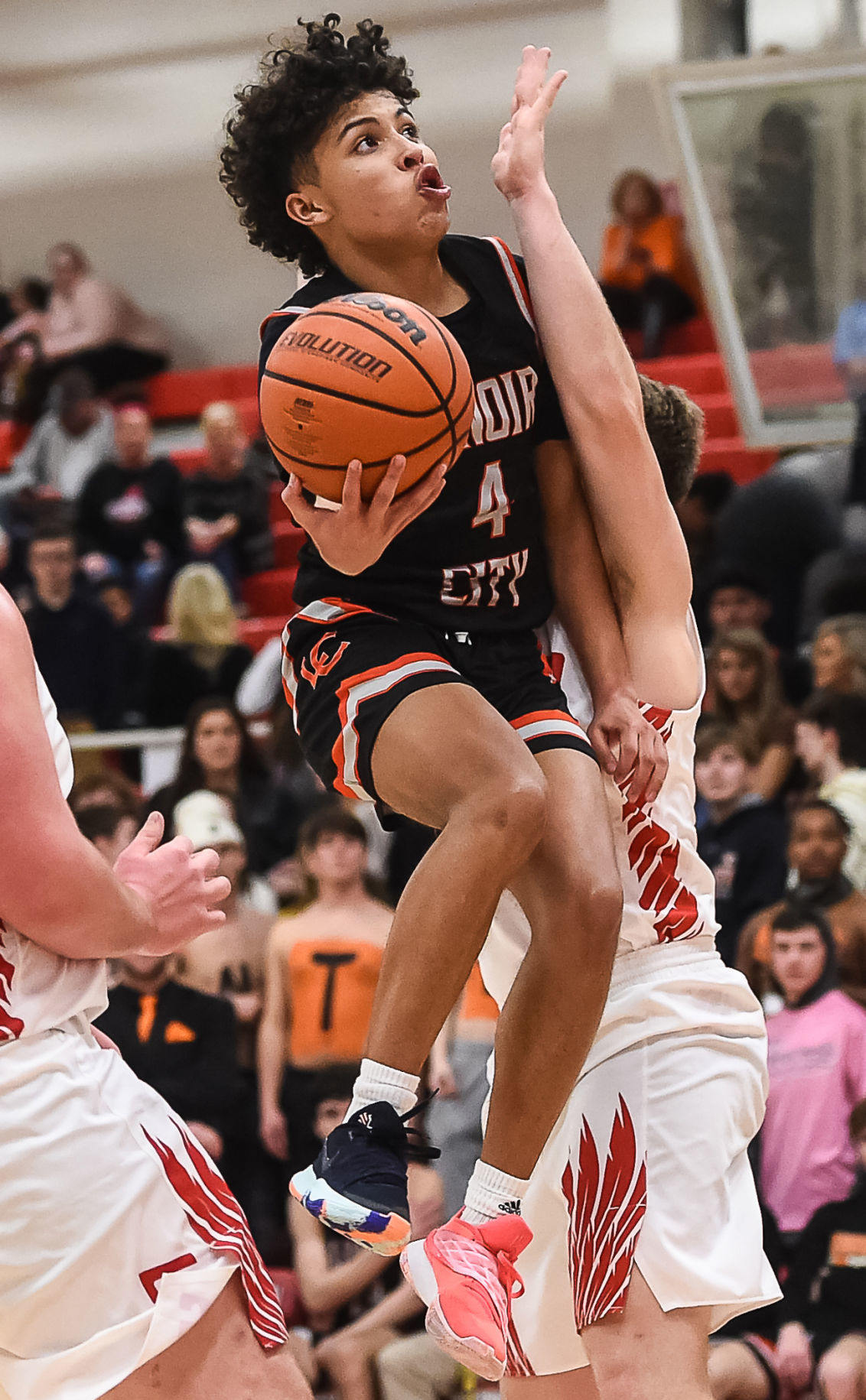 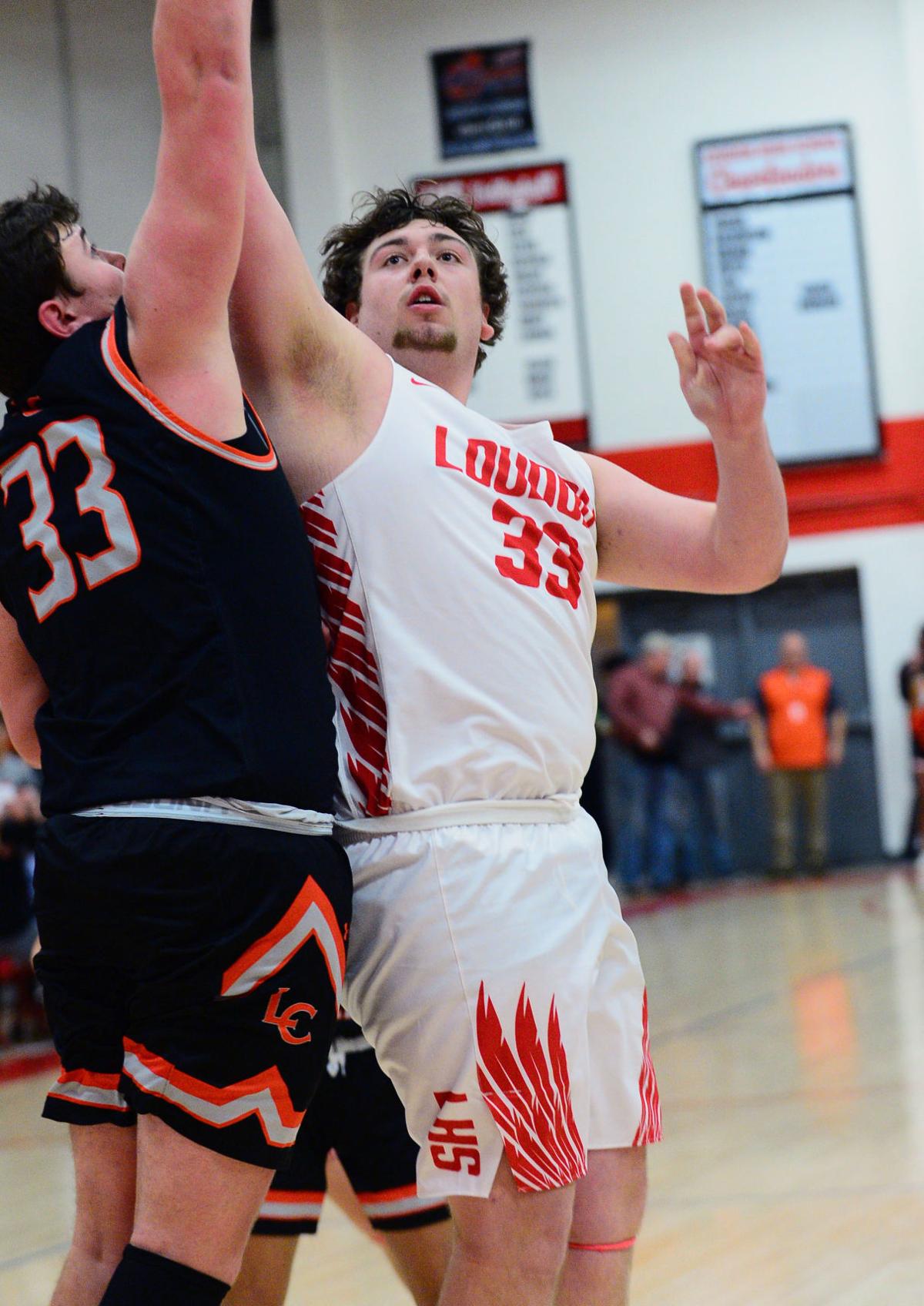 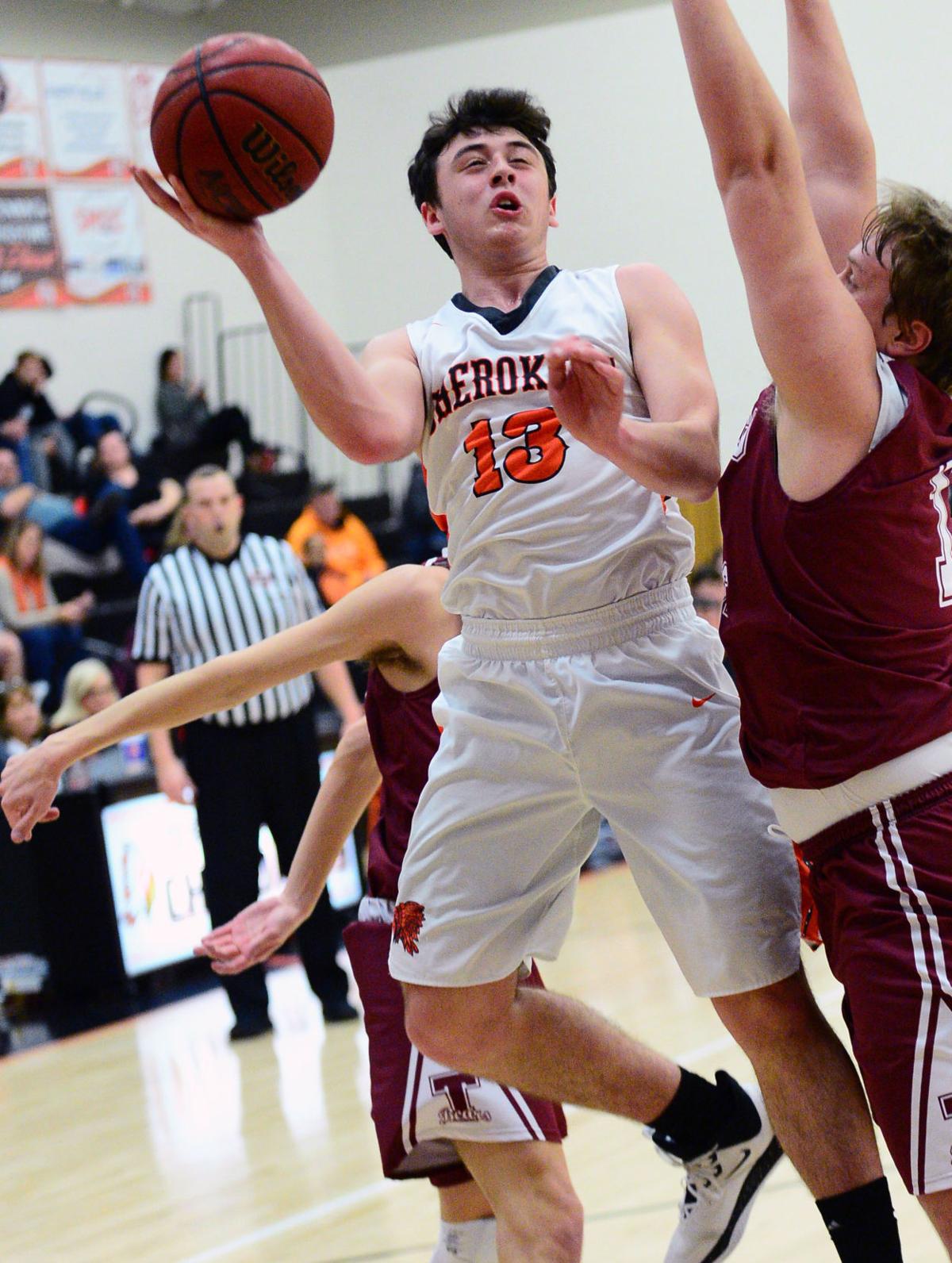 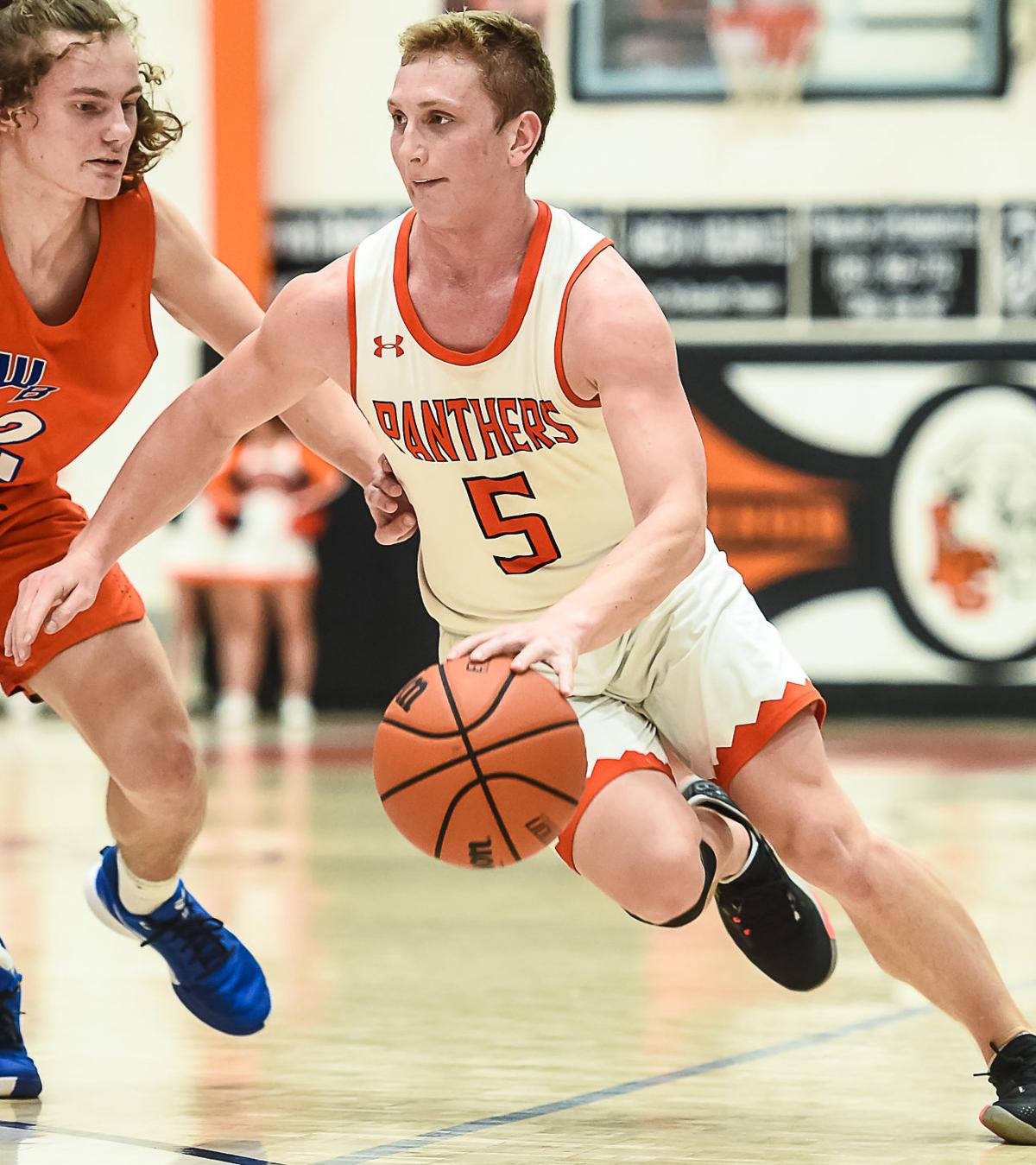 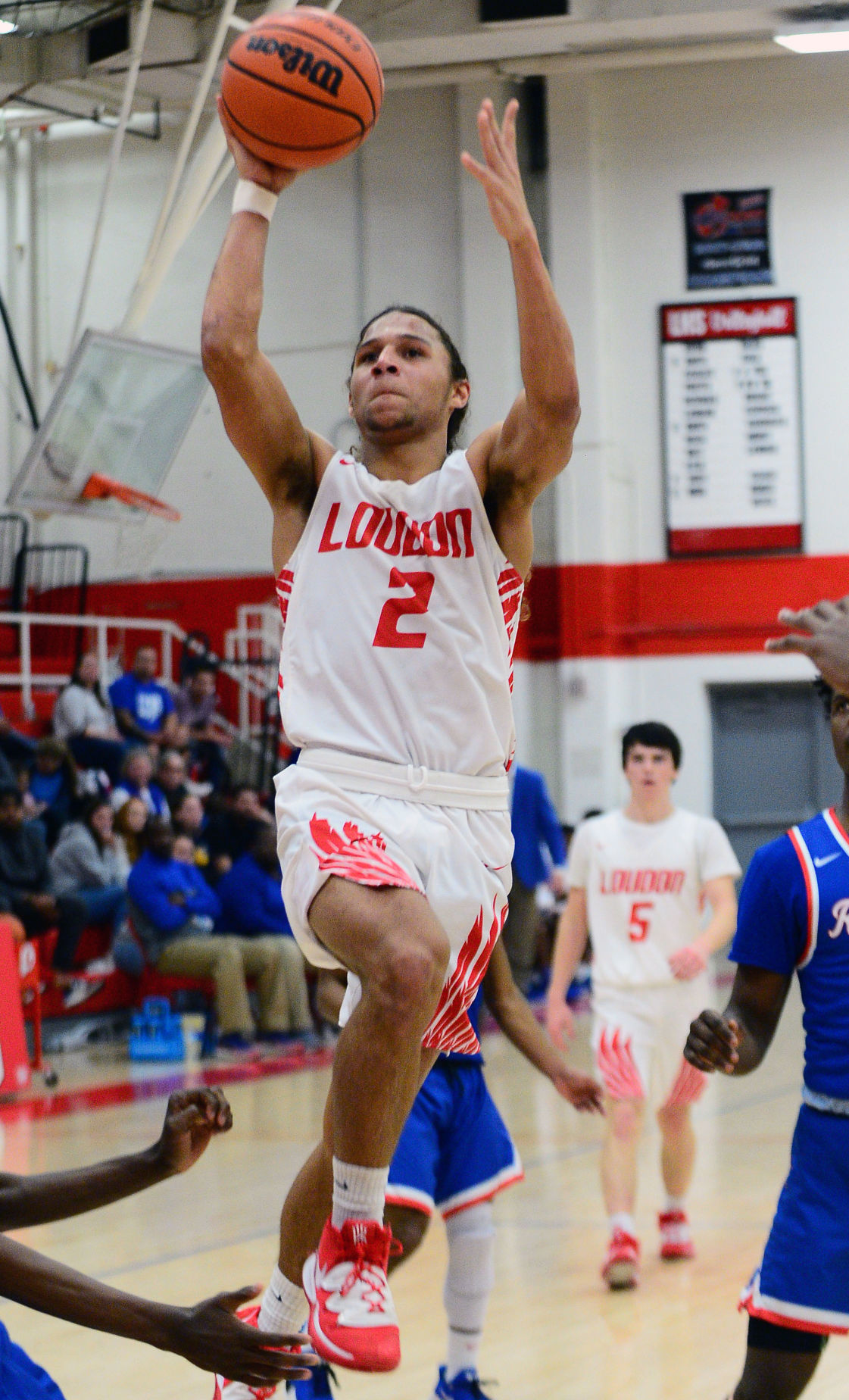 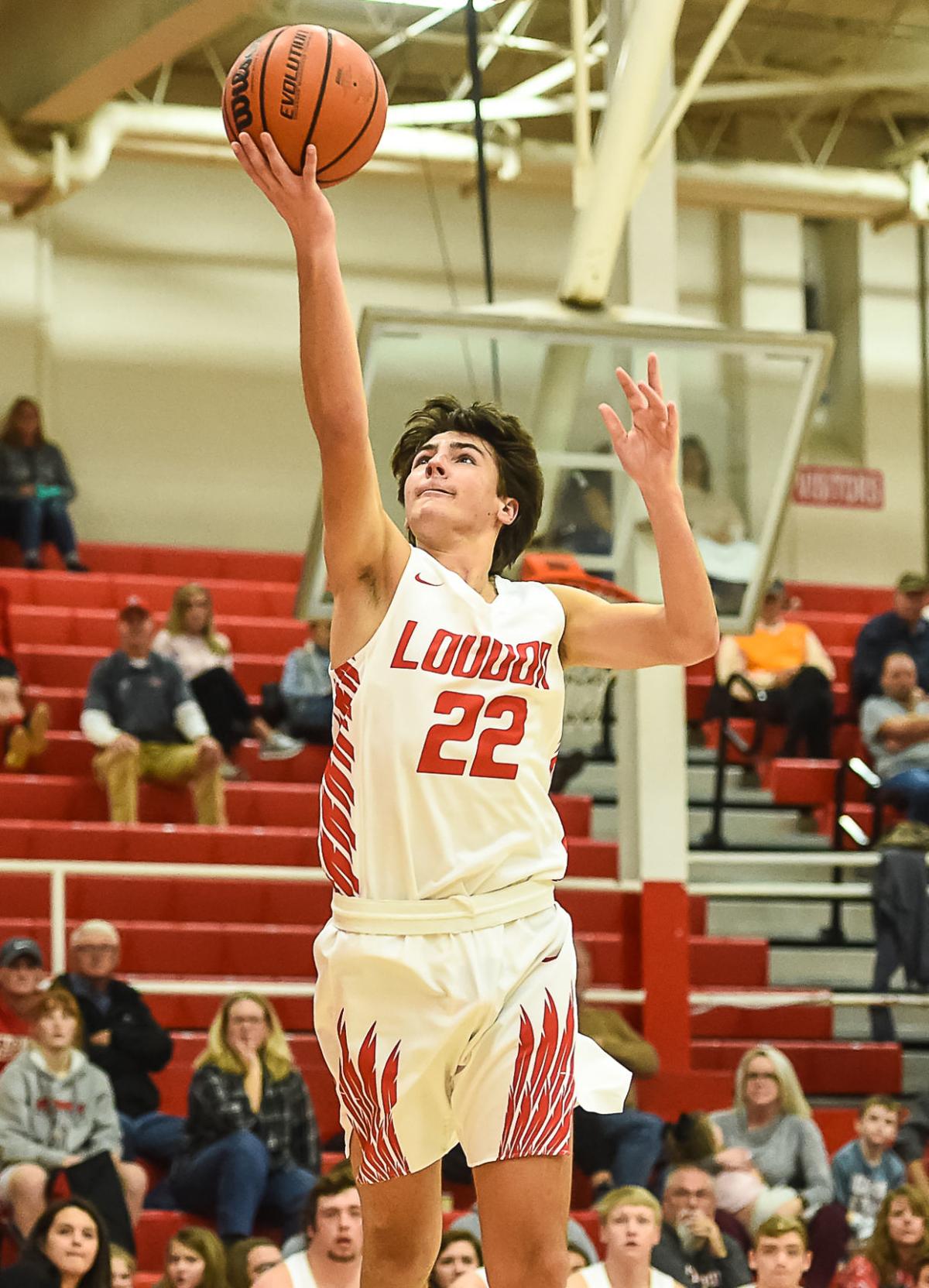 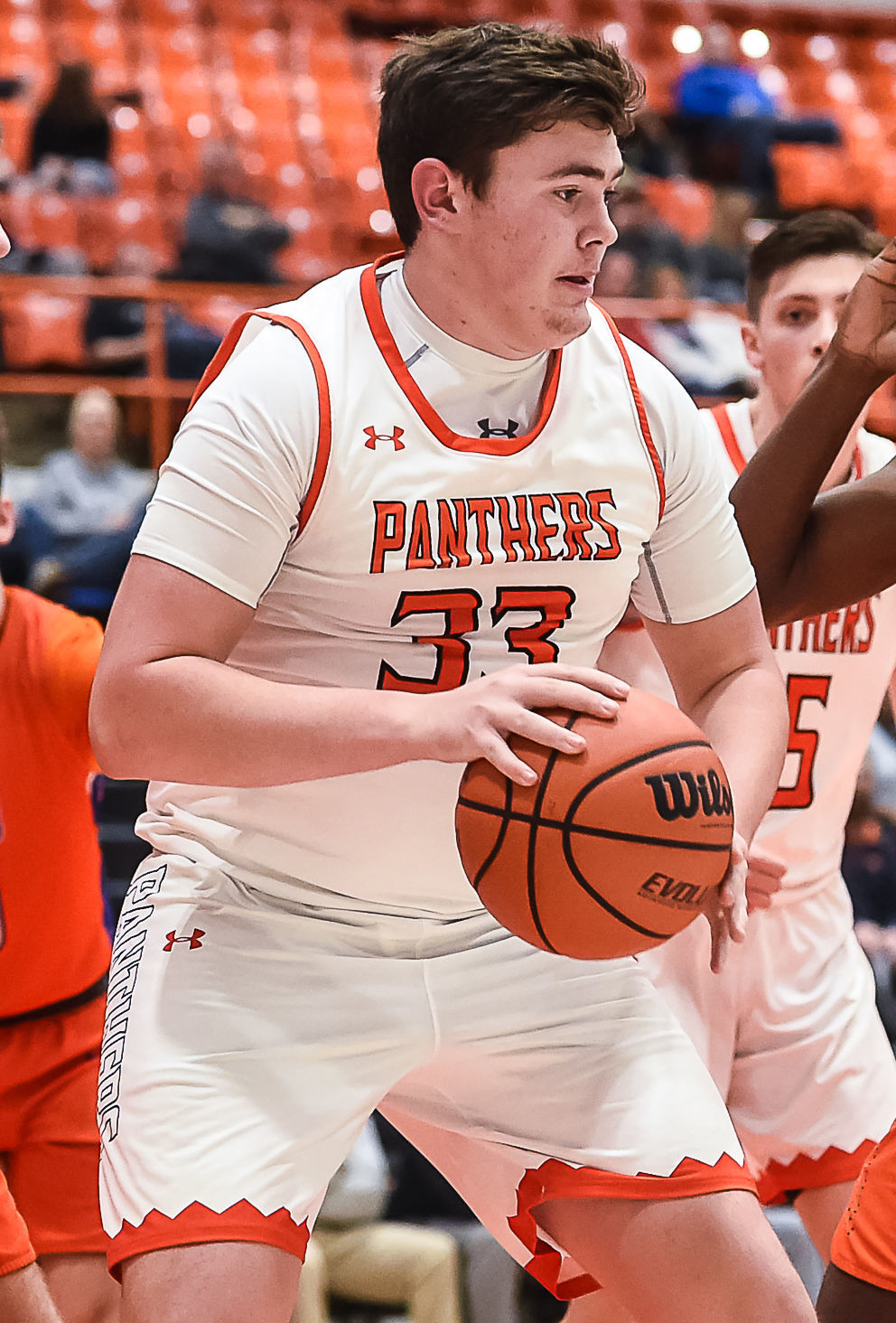 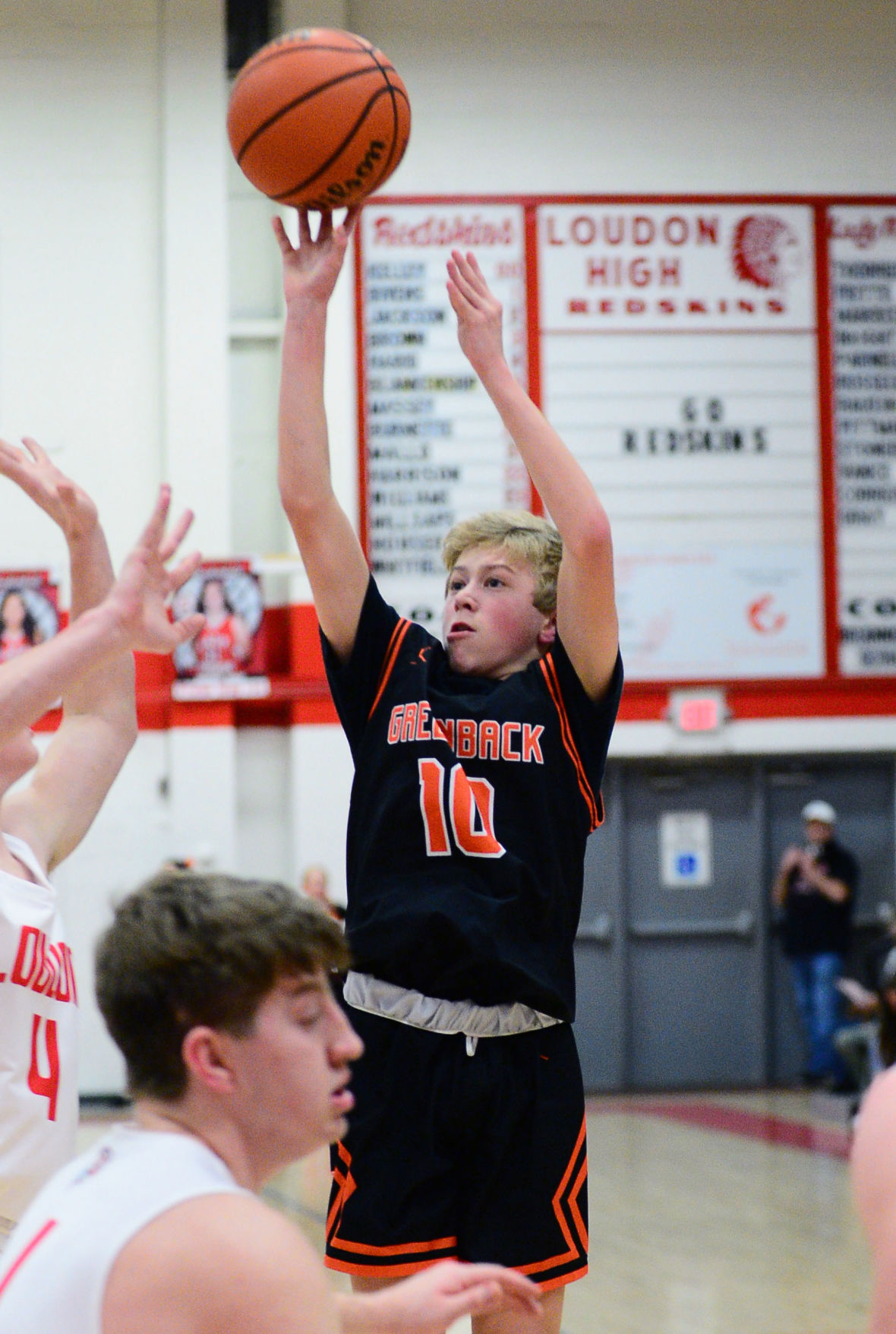 Loudon High School junior Donovan Blankenship is the 2020 All-County Player of the Year.

The 2020 All-County Boys Basketball Team is chosen through a combination of statistics, personal observation and coaching suggestions. Final decisions are made by News-Herald sports writer Nick Davis. He can be contacted at 865-635-0841 or nick.davis@news-herald.net.

Donovan Blankenship started at point guard last year as a sophomore and showed flashes of his ability at times but really came through this season as one of the best point guards in Region 3-3A.

Blankenship led the Redskins with 488 total points and averaged 17.5 points per game. He totaled 132 rebounds, 69 assists, 160 points in the paint and scored 71 three-pointers. He also went 70-for-84 from the free throw line and scored a career-high 32 points in Loudon’s 60-57 win over Maryville Christian School.

He proved one of the best defenders in District 5-2A, finishing the season with 40 steals, 24 deflections and five blocks. Blankenship played all but 13 minutes this season.

David Ross has played a key role for Lenoir City High School the past two seasons and became the Panthers’ best overall performer this year en route to being named to the All-District 4-3A first team.

Ross averaged 14.2 points and 3.4 rebounds per game this season and scored a season-high 26 points Jan. 20 in the Panthers’ 70-58 win over the Oakdale School Eagles.

Standing at 6-foot-2, 220 pounds, Greenback senior Hazen Carleton was a force against opposing defenses all season.

The Cherokees’ starting center averaged 13 points and 10 rebounds per game during a down year for the program. Carleton was tabbed as the Cherokees’ lone All-District 2-1A selection and will continue in athletics next year at Maryville College.

Lucas Bivens was a four-year letterman for the Redskins and gradually developed into a key role player for Loudon in its success over the last two years.

Bivens stepped into a team captain role this season and was the team’s best utility player because he was able to play all five positions on the floor. He finished second on the team with 281 total points, 146 rebounds, 21 steals and 15 deflections after missing just one game.

Scory Correa played sparingly last season but quickly burst onto the scene this year for the Panthers.

Correa had one of the best strokes in District 5-2A and finished as a top-two scorer for the Panthers. He averaged 11.5 points and five assists per game as the team’s starting point guard.

Tyler Whitfield made a name for himself during football season as one of the best defensive linemen in Region 3-3A, but he also dominated the hardwood after earning a spot as the Redskins’ starting center.

Whitfield’s size and athletic ability was a tough mismatch for most opponents, as he totaled 97 rebounds and eight blocks. He also proved one of the team’s best shooters, scoring 180 points for an average of eight points per game. His best performance came Dec. 20 when he posted 21 points against Karns High School.

Whitfield was named to the District 5-2A All-Tournament team.

Colby Nichols-Jones stepped into a starting role for the Cherokees late last year and carried that momentum into his final season donning the Power G.

Nichols-Jones split time with freshman Conner Morton at point guard after missing several games midway through the season. Nichols-Jones managed to finish second on the team with an average of nine points per game in limited action.

Ben Halcomb saw meaningful action in all of his four years at Lenoir City High School and concluded his senior season on a high note.

Halcomb proved one of the best athletes on the floor at point guard. He finished third on the team in total scoring and averaged 7.9 points and 3.2 assists per game.

Drew Jackson will go down as one of the best players in Loudon High School football history, but his impact on the basketball court the last two seasons will long be remembered by many.

Jackson was tabbed as the “workhorse” by head coach Josh Graves after totaling 83 rebounds, 18 steals, 13 deflections and 40 assists this season. Offensively, he totaled 81 points from the floor.

He was tasked with guarding every team’s best offensive player and held District 5-2A Most Valuable Player Luke Burrows to only two points in the Redskins’ 65-56 upset win over No. 1 seed Polk County High School in the District 5-2A semifinals.

Broady Harrison quietly came onto the scene last year as a reserve forward but transitioned into a starting role this year.

Harrison faced the challenge of replacing 2019 All-County Player of the Year Mason Small as a power forward and did a solid job after totaling 163 points, 20 assists and 70 rebounds. He also recorded 21 steals, 22 deflections and seven blocks on defense.

Harrison averaged seven points per game and scored a season-high 14 points Jan. 4 in the Redskins’ 57-55 loss to Bradford High School in the Under Armour Classic in Cleveland.

Tucker Yancey decided to rejoin the basketball team after spending the last two seasons on the gridiron as one of the Panthers’ top linemen.

Yancey’s size and athletic ability often was a mismatch against opponents as he averaged 6.7 points per game. He was the Panthers’ top rebounder, averaging 4.3 rebounds per game.

Morton lacked in overall size compared to most opponents, but his play, speed and shooting ability spoke volumes and he averaged eight points and four assists per game. He is expected to play a major role for the Cherokees next season under a new head coach.