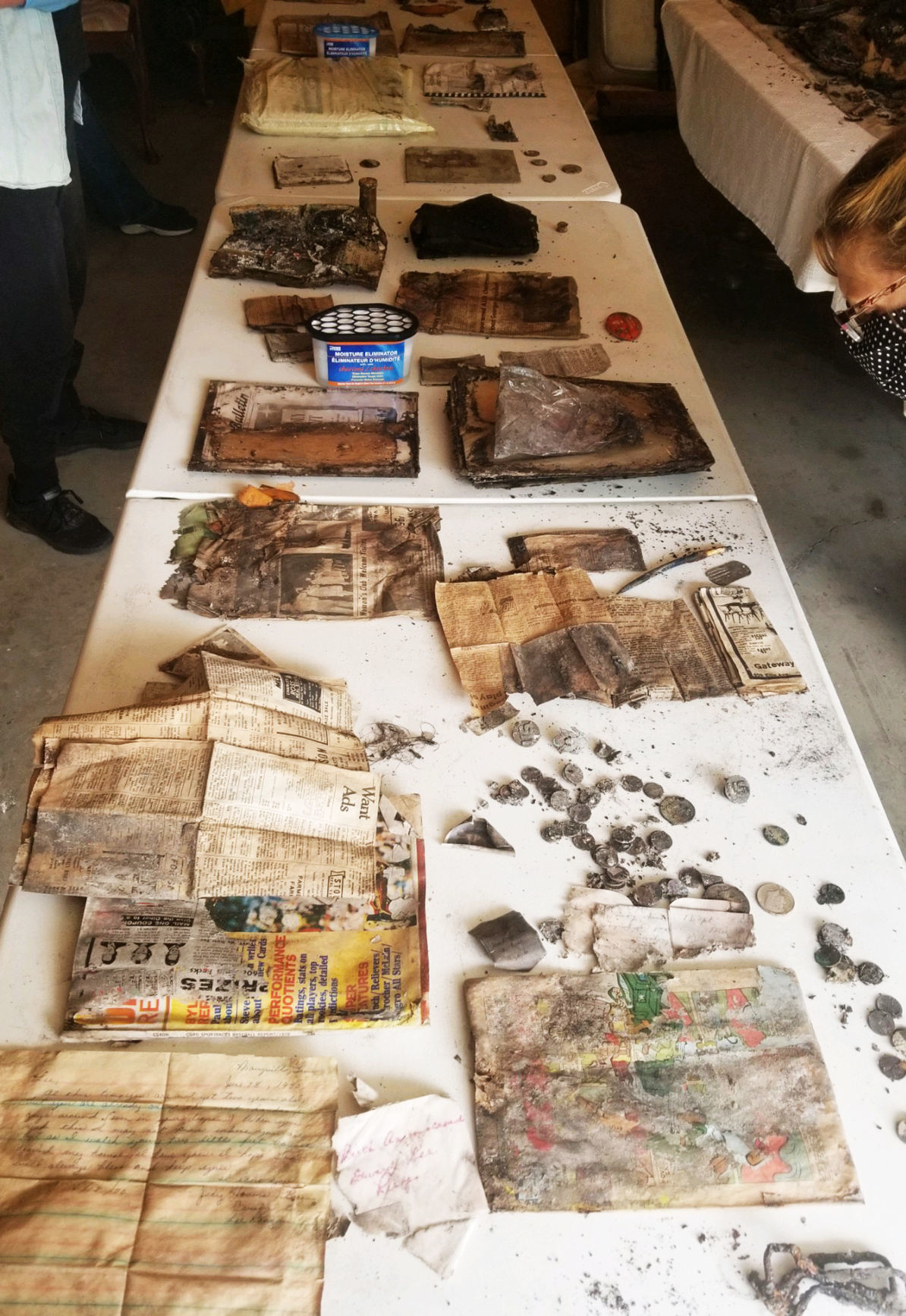 Members of the 150th Celebration Committee survey the contents of the 1970 time capsule. 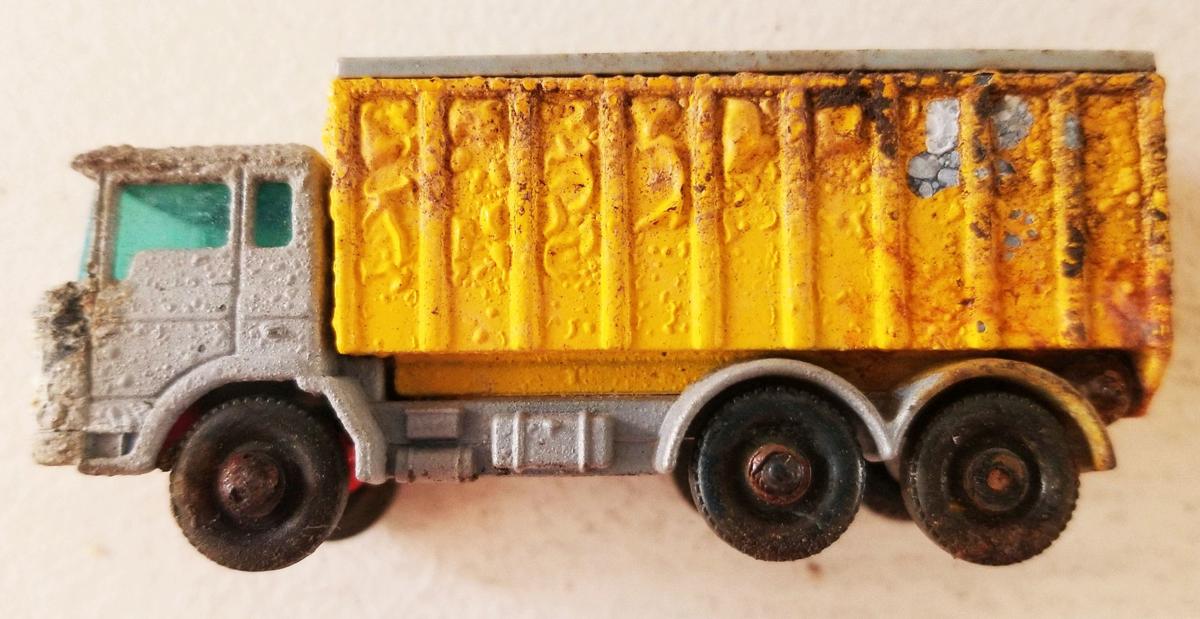 A toy truck was included in the 1970 time capsule. 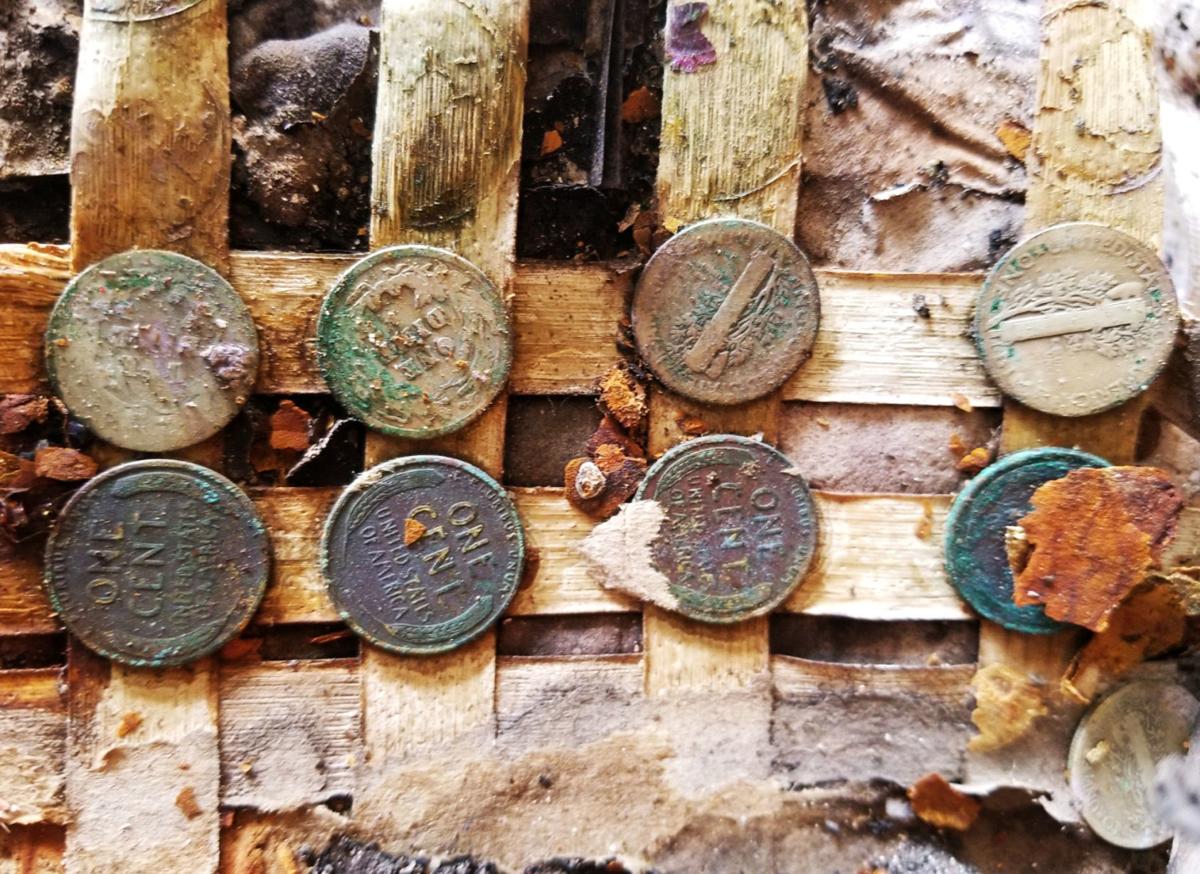 Various coins were tarnished during the past 50 years in the leaky capsule.

Members of the 150th Celebration Committee survey the contents of the 1970 time capsule.

A toy truck was included in the 1970 time capsule.

Various coins were tarnished during the past 50 years in the leaky capsule.

In 1970, Loudon County staged a centennial celebration. With the leadership of State Rep. Benny Stafford, County Judge Harvey Sproul and Dr. Paul Brakebill, many events took place, including a beard-growing contest and the burial of a time capsule.

Individuals were invited to purchase an envelope, at a cost of $1, and put in objects or letters of significance. The capsule was then buried on the southeast corner of the Loudon County Courthouse with instructions that it would be opened in 2020 during the sesquicentennial.

Many months ago, a 150th Celebration Committee was formed and started to plan for events to take place to mark this milestone event. Original plans, before COVID-19, called for a major gathering on the courthouse lawn for June 20, 2020. Early in the planning stage, the 10 committee members had extensive discussions about the 1970 time capsule and how to handle the exhumation. Many things were unknown — some people thought it was a casket, while others thought it was a smaller box — because memories were very different.

Because of the lack of information, the committee unanimously voted to exhume the time capsule prior to June in order to determine the condition of the contents. Thus, one wet cloudy Thursday morning, C.E. Wilson from Lee Heights Monument Company volunteered to bring equipment and locate the capsule. After a couple of hours of probing, an object was found. More digging uncovered the lid of a concrete vault. Chains were attached and the lid was removed.

The hopes were for an Aha! moment, but that was not to be. The “capsule” was a pine box and the vault had not proven waterproof. Water had gotten in from both the top and the bottom and the moment became an Oh no! discovery.

The pine box had rotted and the lid collapsed on the wet contents and turned into a large black moldy blob. Fortunately, a white plastic sheet had been placed in the bottom of the box and the corners could be used to lift the mass out of the ground.

The contents were taken to a secure location and allowed to dry. In recent days, committee members, equipped with gloves and masks, surveyed the contents. Virtually all of the paper items were totally ruined.

A few items were corroded but salvageable — some coins, a piece or two of jewelry, a toy truck and a football mouth guard, to name a few. There are also military dog tags from two veterans that are readable. These items will be preserved and displayed in the coming months in a variety of locations around the county, including the public libraries.

While most of the contents of the time capsule did not survive five decades, there are still valuable lessons to be learned from this experience.

We can appreciate the time and effort of those individuals who donated items in 1970. They were looking toward the future and were excited to leave a legacy for those who were coming after them.

While the outcome was different than expected, it is good to remember that things often do not go as planned, and we should always attempt to make the most of challenging situations.

The remnants of the 1970 time capsule will be cataloged, displayed, used in educational programs and valued as a part of Loudon County history. Perhaps what is not known about the items will be as interesting and intriguing as what is known.

We must also make sure the 2020 time capsule that is to be assembled this fall for opening in 2070 at the bicentennial will be secure and well preserved.

However, the most valuable lesson may be one that resonates throughout the history of Loudon County. The basis of this county is not items and artifacts but the people and relationships formed over time.

This year we honor those who left a legacy of hard work, honesty, faith, integrity, good humor and a belief in the importance of family and community. It is now our job to pass these values forward to those who will shape our future in the coming decades.

Ruth Henderson McQueen is a member of the Loudon County 150th Celebration Committee.