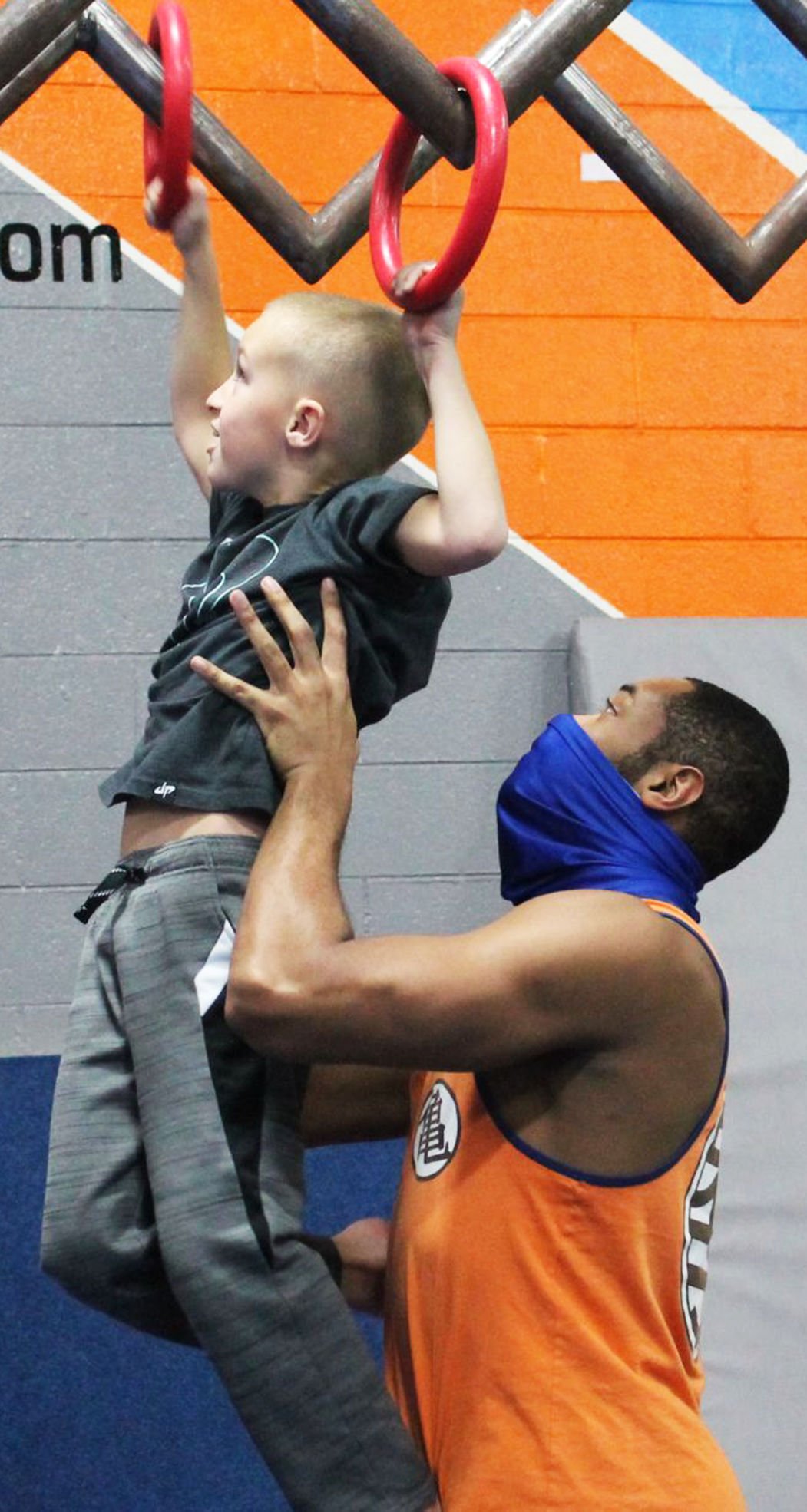 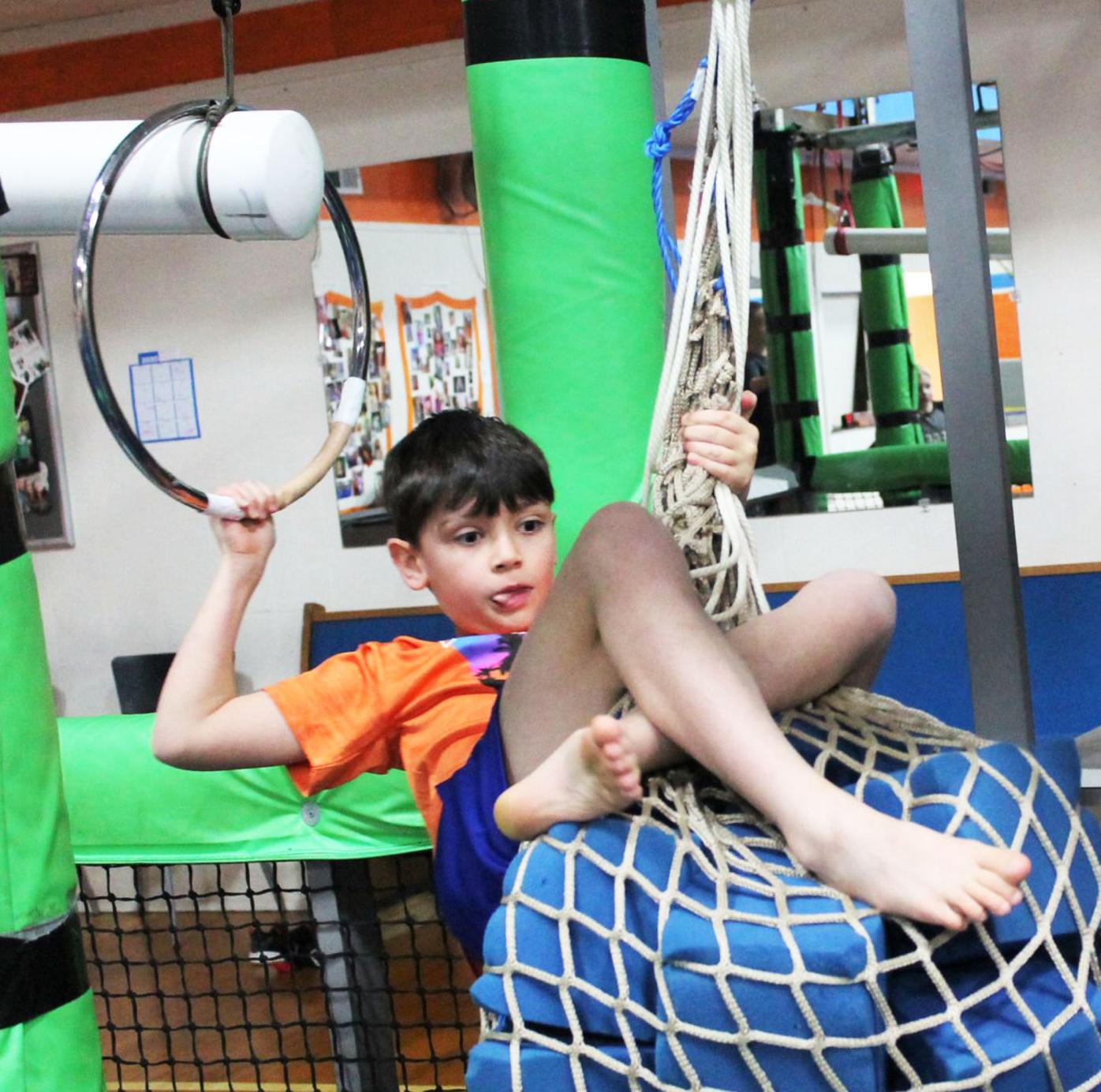 Trent Gibbs completes a portion of an obstacle course during a Ninja Warrior/Hero Training class at Summit Sports Training Center.

Trent Gibbs completes a portion of an obstacle course during a Ninja Warrior/Hero Training class at Summit Sports Training Center.

Guldan started offering classes nearly a decade ago, which have since evolved to include valuable life lessons, strength training and fun.

“I’m a believer that when you train someone at a young age to overcome the obstacle and believe that they can, then that translates when they’re older and adults,” he said. “… It goes back to that Descartes, ‘I think therefore I am.’ If we can train our youngsters’ minds to believe that they are a hero then that theory is that carries over. If they’re heroes for little things, mom drops the noodles on the floors, and they very quickly go and clean that up, they’re a hero from home. Eventually, that transpires into, ‘Oh, that person’s hurt. I’m going to help them because that’s who I am. I’m a hero’.”

Guldan tries to help youth realize they’re able and willing to help out or do the right thing. He and his staff often ask, “Why do we train?” Some have the answer memorized, “We train because our world still needs heroes. There are causes to fight for and injustice to fight against,” Guldan said.

“Right now, they’re climbing rope, but, some day, they’re climbing a tree to rescue a cat,” he said. “Right now, they’re running fast, but, some day, the hope is they see the grandmother get her purse snatched, and I hope they’re fast enough and brave enough to chase that thug down and do the right thing. It’s really interesting to watch that all play out and watch the psychology.”

There are two separate classes for age groups. Children ages 2-5 and 6-12 are split.

Guldan makes sure those in training have obstacles that are easy to master and those that aren’t. Once they complete the harder obstacle, it makes them believe in themselves and their ability, he said.

Audrey Young watches classes from the sidelines as her son, Maddox, trains. She appreciates the 30-minute classes, which are the highlight of Maddox’s week.

“We’ve been working with Maddox a lot lately on just being grateful for what he has, and this time of year he’s just — there’s a lot of lessons he can learn,” Young said. “Matt really builds on those. He asks them a lot of questions, so it’s not just the strength training or the obstacle courses. He’ll ask them a question before to see who gets to go first like he’ll ask a question like, ‘What do you do if you see a grandma fall on the ground?’ Whoever answers it first, that kid gets to do the obstacle course first. He is building on principles that we are trying to teach.”

Dan Gibbs brings son, Trent, to the class. He appreciates the way Guldan and staff interact with children as well as the hidden competitive nature of the class.

“It’s competitive without letting them know that they’re racing someone else,” Gibbs said. “They’re just trying to improve themselves every time they do it. (The coaches) are so warm with their instruction and praise that no matter whether they’re the fastest, strongest or best, they’re always getting better than they were prior to that previous class, and the kids love it. Every time they come they have a blast.”