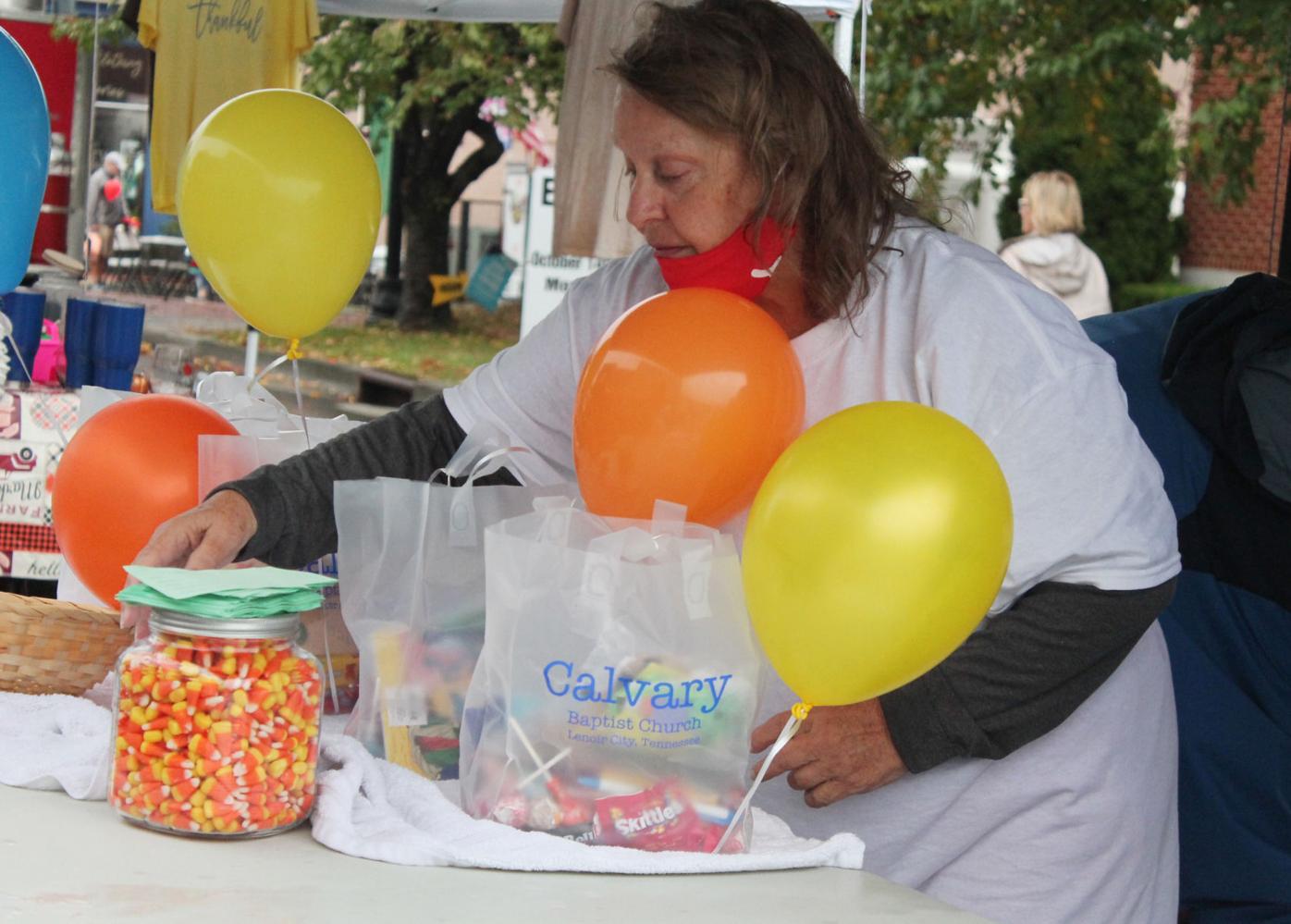 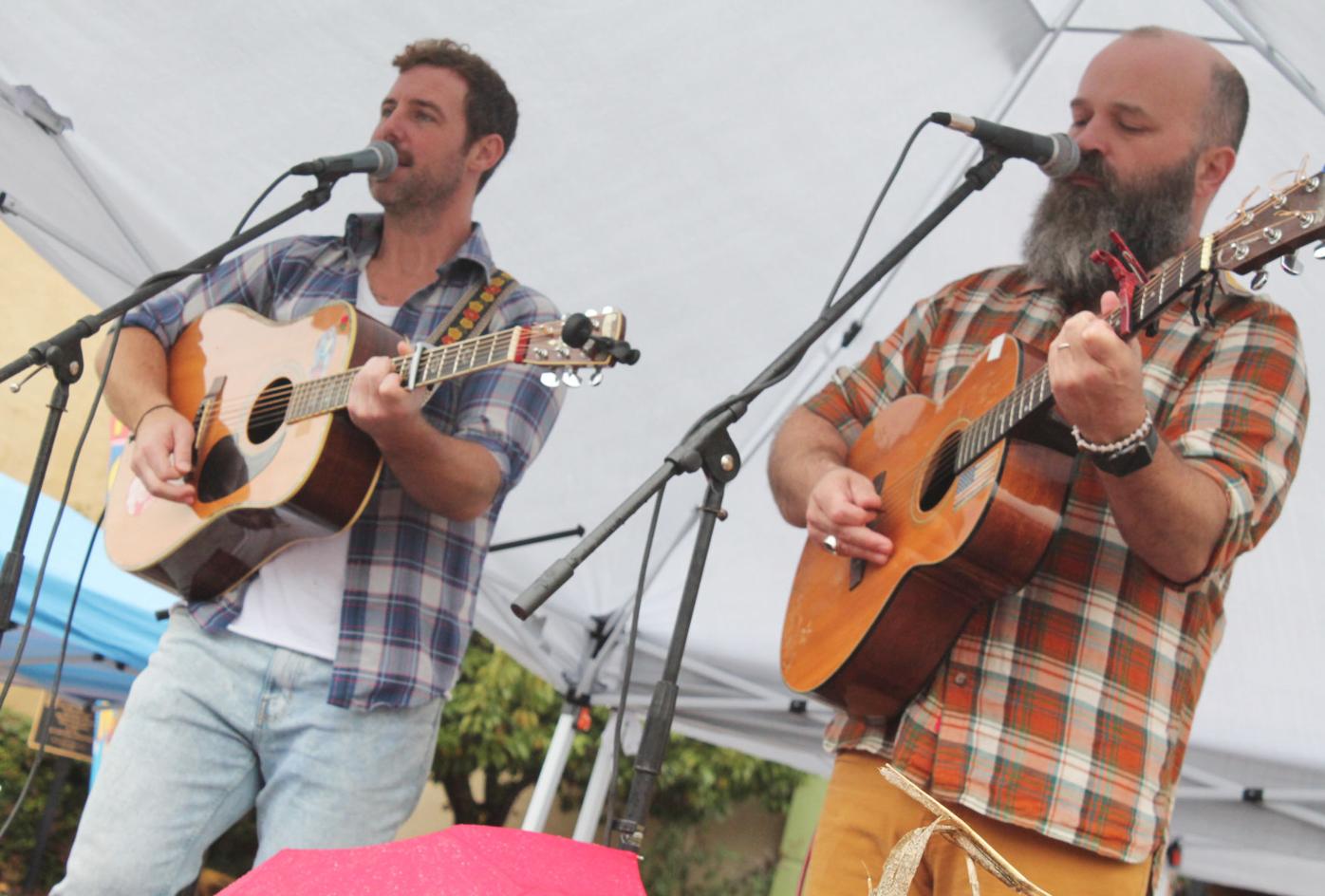 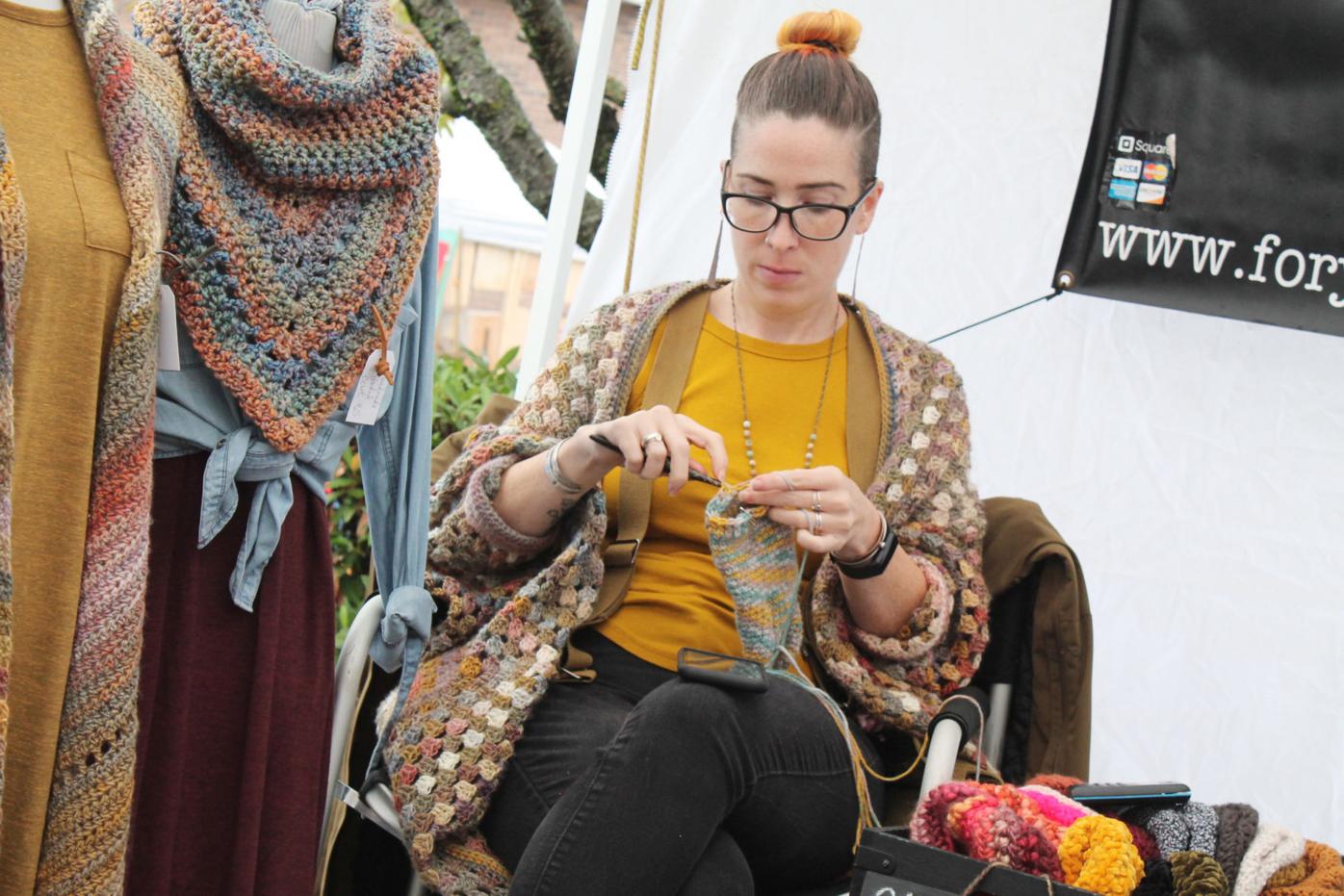 Suzanne Cunningham waits for people to stop by her vendor booth Saturday in downtown Lenoir City.

Suzanne Cunningham waits for people to stop by her vendor booth Saturday in downtown Lenoir City.

Inclement weather dampened Broadway Street Saturday afternoon in Lenoir City, but that didn’t stop a crowd from coming out to look at vintage vehicles and seeing what vendors had to offer during the annual Downtown Street Festival.

The biggest difference this year came from GFWC Suburbia Women’s Club’s involvement. Unlike in recent years, the Lenoir City Civitan Club did not have involvement this year.

“The Women’s Suburbia Club jumped in this year because they actually had to cancel their event at the park, and then the Civitan Club that normally helps out with the car show, they didn’t have enough support during this time to go ahead and run that portion of it,” Cusick said. “We partnered with the Women’s Suburbia Club to say, ‘Hey, we’re still going to have the event. If you’d like to, you can send in your vendors and help you guys raise some money for their donations’.”

About 30 vehicles were parked in downtown for passersby, which was down from last year’s estimated more than 200. Cusick believes weather may have played a role.

In addition to the vendors on Broadway, Mary Bright, Suburbia Women’s Club president, said about 44 vendors were placed behind Roane State Community College. The event was used as a small fundraiser after the club canceled its annual summer Lenoir City Arts and Crafts Festival earlier this year.

“This is a fundraiser that all the money goes back into Loudon County,” Bright said. “We support several different (causes). We’ve supported the Lions Club, the Angel Tree, Boy Scouts, the Habitat (for Humanity) home that was built. So all of our money gets turned right back into the county in some way. As a matter of fact, we have made a very large donation to the (Central Park) splash pad and pavilion.”

Bright, a business owner in downtown, saw Saturday as a perfect chance to give businesses exposure.

Cusick was pleased with the turnout despite early showers, especially during the COVID-19 pandemic.

“We planned and anticipated to have a big crowd just in case, obviously, we did,” Cusick said. “Obviously, through the pandemic and the weather, those are kind of some hurdles that we’ve had to face today. Other than that, it’s just different people’s flavor. There’s some people wearing masks, some people are just staying distanced and no mask and just going with it. Overall, I think it’s some hurdles, but we’re making it happen.”

Vicki Van Gundy and her grandchildren and children walked around downtown. Saturday marked the second year Van Gundy has attended with her family.

“My grandson and I came last year when the weather was nice,” Van Gundy said. “Even though there are not as many cars here, this is great. They love to see this.”

The Rev. Jody McGaha, Calvary Baptist Church pastor, along with others from the church, handed out “care packages,” candy and balloons to passersby as a means to reach the community.

“When you have hundreds of people that would come through, it gives us some prime time to be able to talk with folks,” McGaha said.