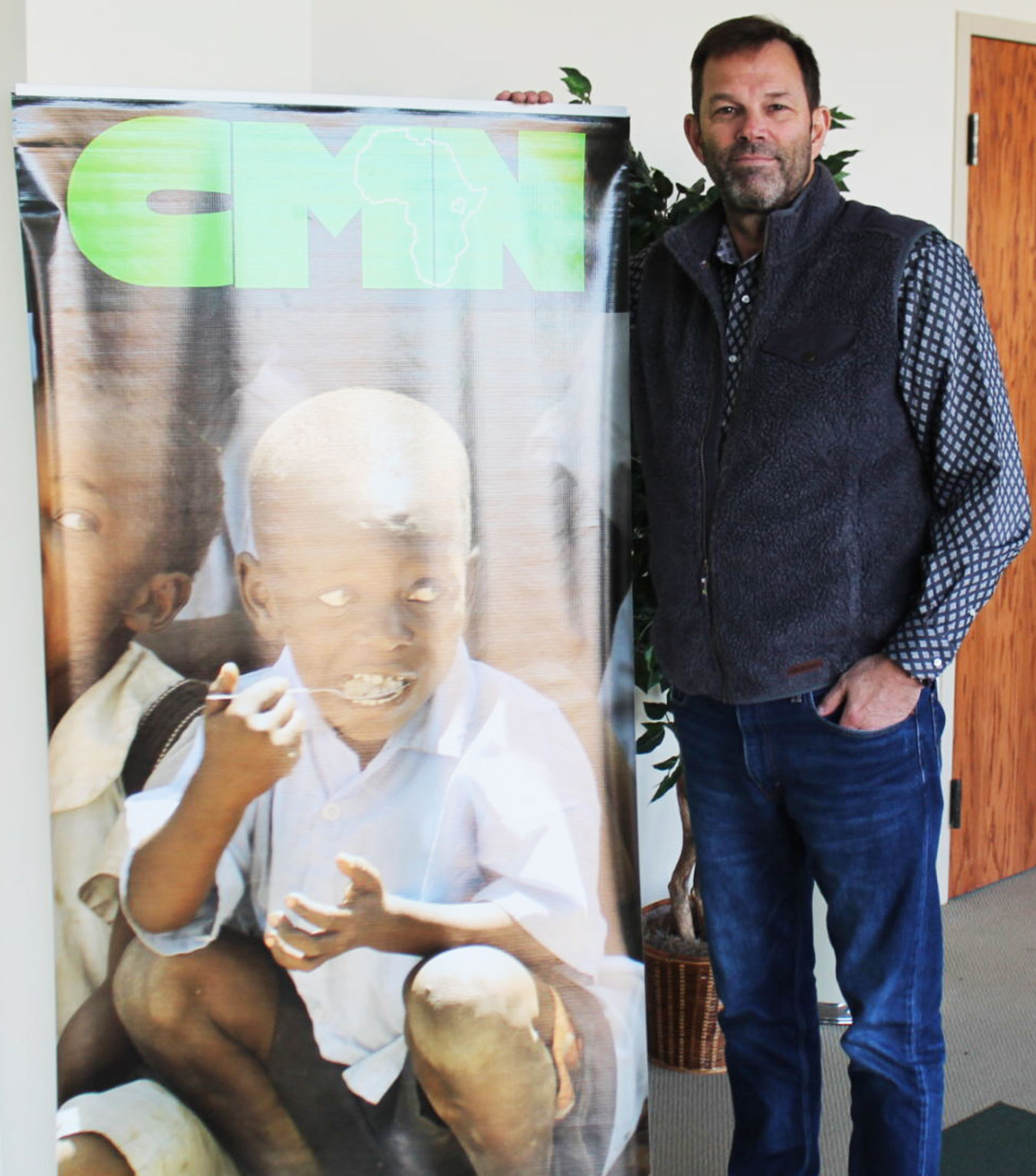 John Hunn, senior pastor of First Baptist Church in Lenoir City, stands beside a poster for Church Missions Network, a mission that provides support to churches around the world.

John Hunn, senior pastor of First Baptist Church in Lenoir City, stands beside a poster for Church Missions Network, a mission that provides support to churches around the world.

“We talk a lot about the heart but not enough about the mind,” he said.

Hunn wants Christians to concentrate on three important ideas. “Majesty, Humility and Mission. Get those right,” he said.

Having a high view of God brings a humility to man that allows him to focus on the mission, Hunn said.

For Hunn, who began his tenure at one of Lenoir City’s largest churches in March 2020, the mission of FBC is spreading the gospel of Jesus and helping the community.

“Every church should be built on the word of God,” he said.

His 32-year personal mission as a pastor and a teacher of pastors began in Dayton, Ohio, taking him to Montana, Alaska and Africa before landing him at the pulpit in the chapel on Simpson Road in Lenoir City.

The product of a broken home, Hunn said he had a tenuous relationship with religion for most of his early years. By the time his father began advising him to walk in the way of Christ, Hunn was more interested in playing sports.

Recruited out of high school by several colleges as a baseball and basketball player, he decided to work construction instead. Labor in Florida for a year taught him the value of hard work and nurtured a desire for more education.

“God humbled me before he saved me,” he said.

His search for a college that fit his requirements for academic and athletic achievement landed him at Cumberland College in Lebanon, where he was introduced to Coach Woody Hunt, a former Marine who encouraged athletes to build themselves spiritually and physically.

“He gave every senior a Bible,” Hunn said. “He was salt of the earth.”

Hunn said he saw Jesus in his coach, and increasingly in his father, with whom he began to have a closer relationship. Connections with other Christian students on campus helped strike a spark that was waiting to burn.

“I was getting ready to graduate,” he said. “I was a business major. I wrestled with what I would do with myself.”

His father led him to a church in Kentucky where he was to experience a spiritual awakening in summer 1985 that would lead to the discovery of his mission in life.

The pastor in that Kentucky church preached a sermon asking the question, “Who was Jesus Christ?”

“My only desire was to serve the Lord,” he said.

For a man who wasn’t much interested in religion, the transformation was dramatic.

“Every time I saw a telephone pole I saw a cross,” he said.

During four years at Southwestern Seminary in Fort Worth, Texas, he read a lot, met wife Alexis and prepared to set out on his future path. The future involved pastoring in Billings, Mont., and Anchorage, Alaska, raising four children and preparing for the next stage of his journey.

In 2008, he returned to familiar territory. As pastor of Immanuel Baptist Church in Lebanon he was able to come full circle by pastoring Hunt, his former coach.

“I got to pastor my home church where I was baptized and ordained,” he said.

Hunn also began to minister farther afield, taking trips to China, Burma, Peru and Kazakhstan, where he trained new pastors. In 2018, he resigned the church in Lebanon to begin traveling back and forth to several countries in Africa, working to build and assist community churches. Although he traveled a lot, he thought he was in the place he was supposed to be.

Through a chance meeting back in the U.S., Hunn discovered a new door opening. The retirement of Jack Jackson at FBC was creating an opportunity to add another chapter to the book.

Chris Wampler was on the committee tasked with searching for a new pastor.

“My wife met him at a wedding in Ohio and asked him if he was looking to pastor a church,” Wampler said. “He said he was not, but he gave her his card.”

As the search continued, Wampler said he thought more about Hunn and called back. This time Hunn didn’t say “no.” But he didn’t say “yes” either.

“We thought about it and we studied the town,” Hunn said. “We were awed by the facility.” He was also impressed with the search committee’s diversity and honesty.

Wampler said he and committee members were impressed with Hunn’s experience, honesty and approachability.

On March 15, 2020, Hunn preached his first sermon at his new church as COVID-19 emerged. The topic of his first sermon was vision, but developing the vision has required patience. While COVID-19 concerns might still be causing worry, Hunn is certain the best is coming.

Looking ahead he sees future growth both in members and facilities. Attendance has grown from about 300 during the worst part of the pandemic to almost 1,000 during recent services.

He said the mission of the church is about making the community better. The church has started nine new missions, including the First Feeds Ministry to give away lunches on Saturdays. The Church Mission Network that Hunn was involved in Africa has continued to deliver services and supplies to churches, including laptop computers, Bibles and motorcycles for pastors to ride.

The church is now meeting growth and financial goals. A lot of the new development will be outside, including more restrooms at the pavilion and 90 new parking spaces, he said.

The purchase of 32 acres running along Simpson Road to Highway 11 will expand the footprint of the church to include everything from pickleball courts, parks and walking trails to potential cabins and camping sites.

“My slogan for a T-shirt is ‘The church has left the building’,” he said.