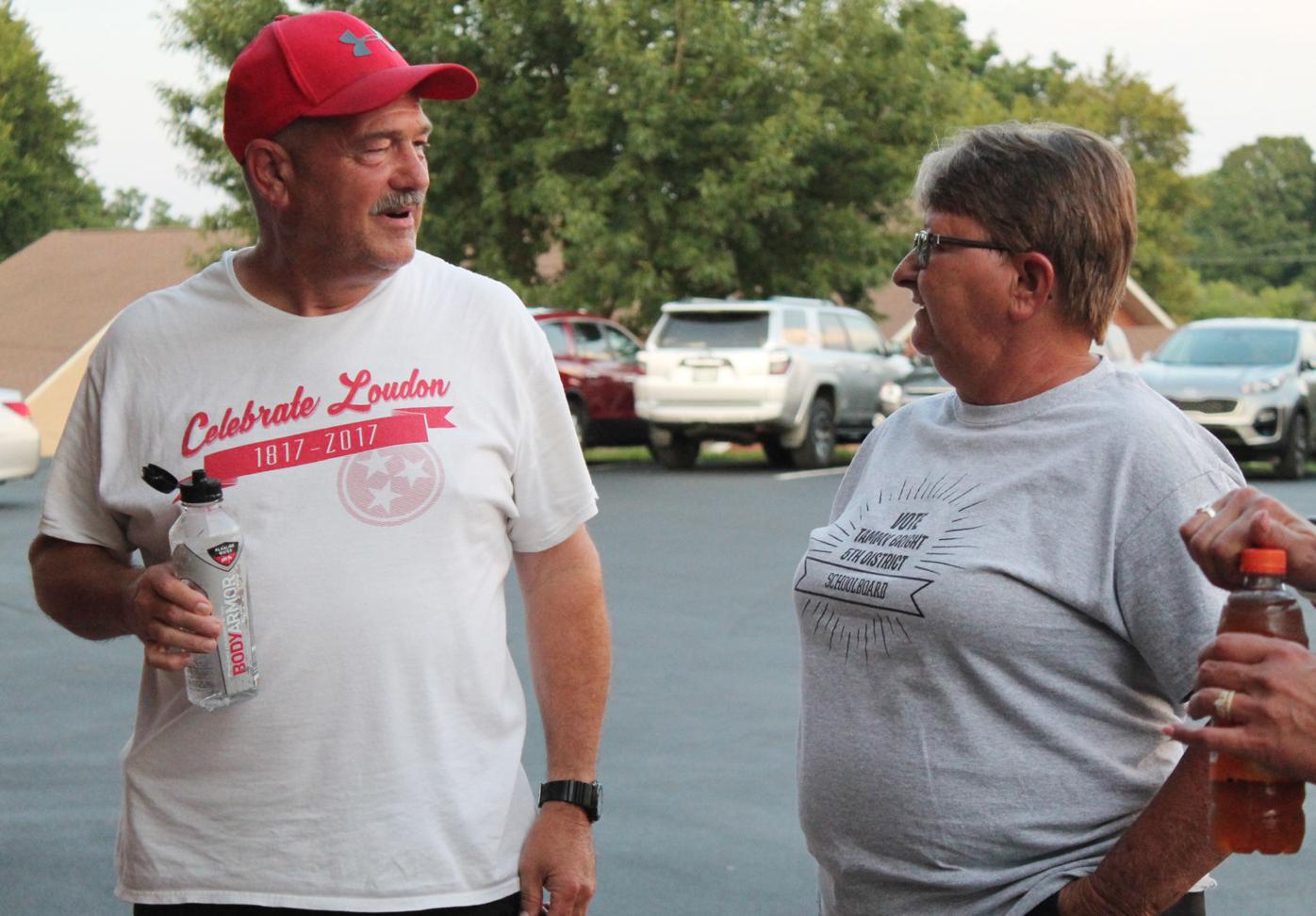 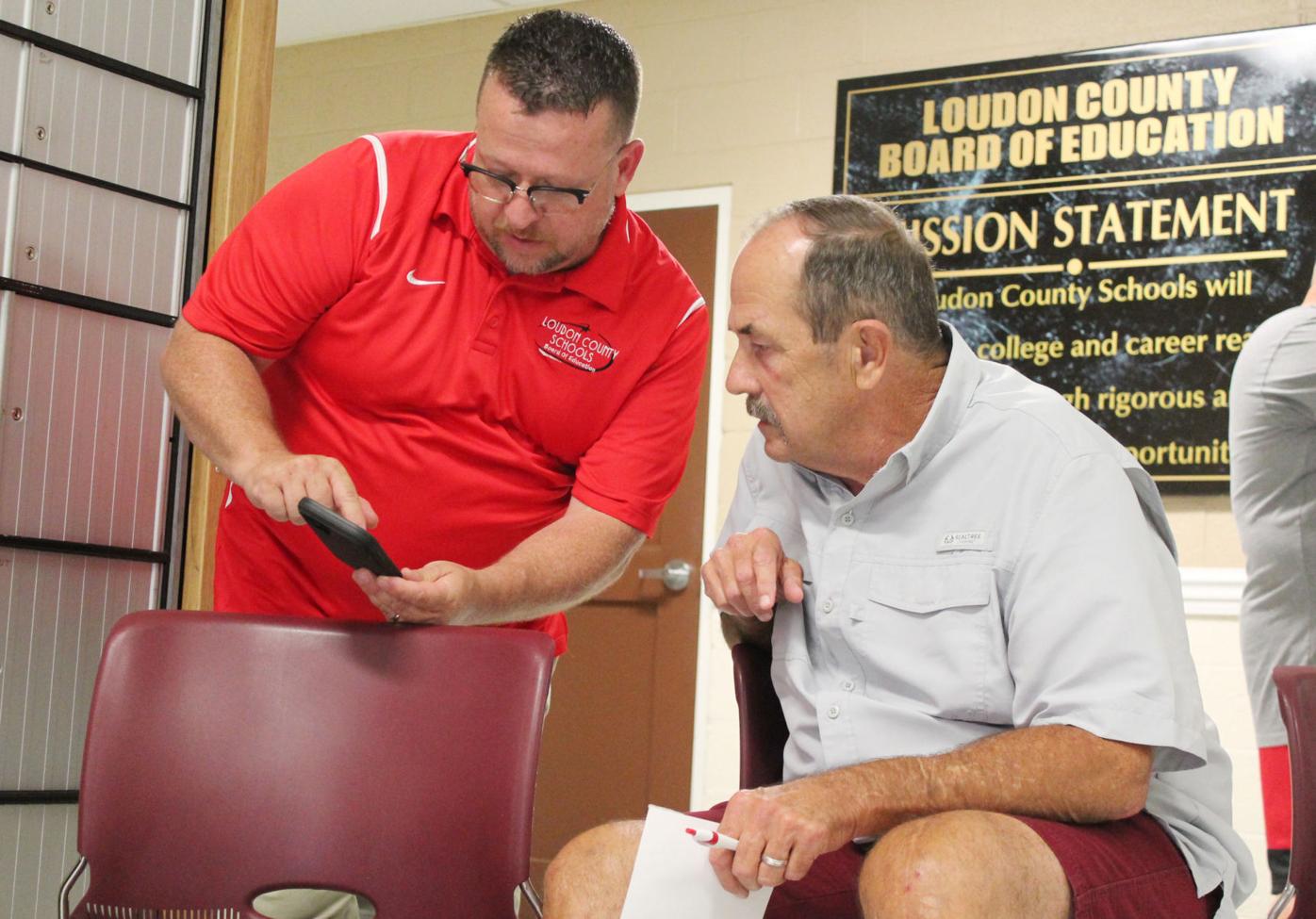 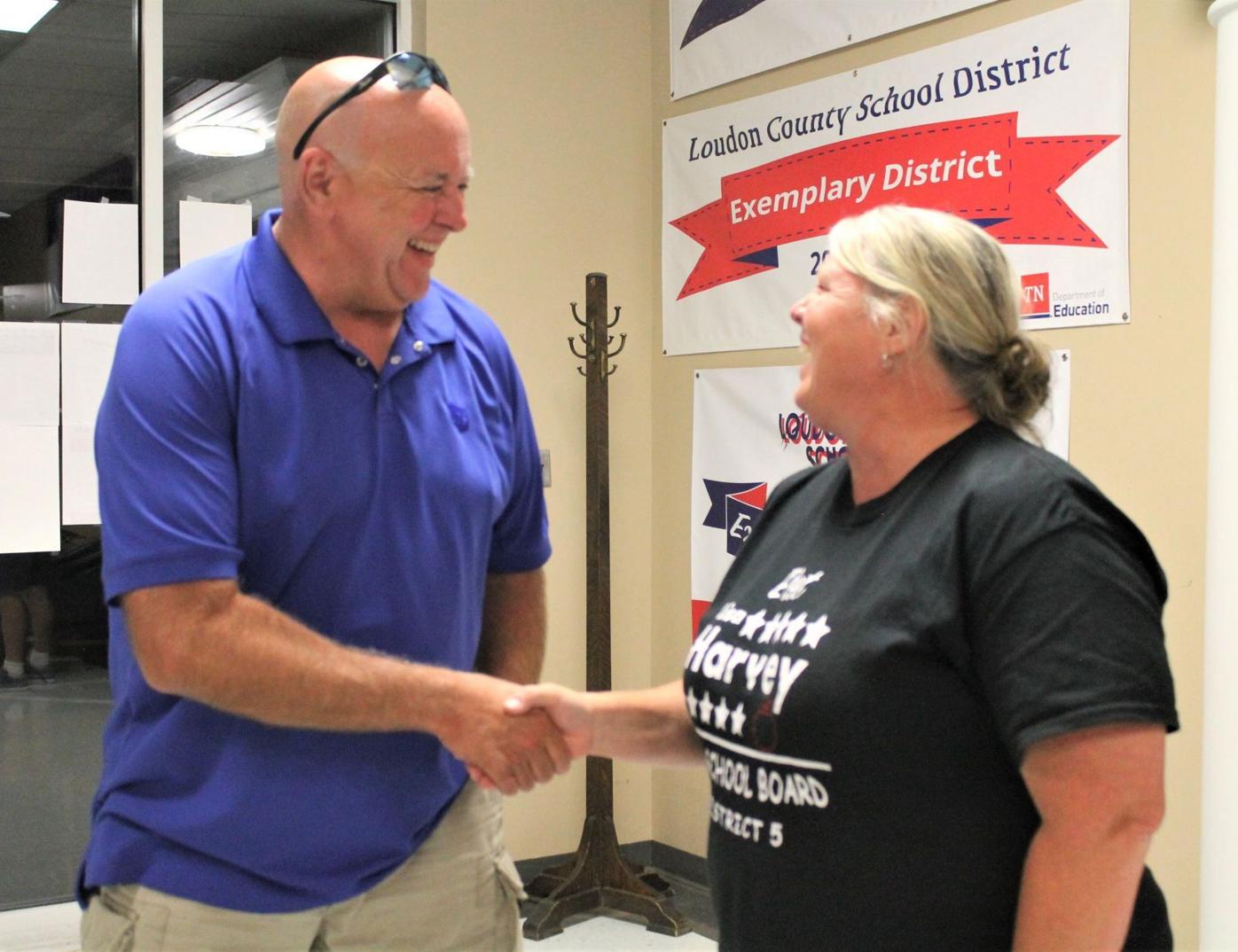 Kenneth Presley, left, and Lisa Harvey congratulate each other on Thursday night's wins.

Kenneth Presley, left, and Lisa Harvey congratulate each other on Thursday night's wins.

Loudon County voters let their voices be heard Thursday in a county general election that saw two new faces added to the Loudon County Board of Education.

According to the Loudon County Election Commission, 10,987 people voted. There were 1,952 absentee ballots.

Lisa Harvey beat opponents Tammy Bright and John Covington in the race for District 5, seat B, 1,146 to 805 and 205, respectively.

Kenneth Presley upset incumbent Craig Simon in the race for District 7 1,465 to 849.

Ridings, who will begin his third term on the school board, said he is “grateful and humbled” by the community’s response.

However, he is looking forward to moving past COVID-19 and “getting through it,” he said.

“I think it’s going to be a very different year especially with COVID right now,” Harvey said. “So you know we’ll be looking for those state guidelines and guidance on COVID and how to handle that. It’s just a very different school year coming into it right off the bat.”

Despite the challenges put in place by coronavirus, Harvey said she looks forward to meeting more of her constituents and students and “just making a difference in the community.”

Presley is looking forward to the learning opportunity that comes with the position. This will be his first time in an elected position.

All three winners experienced challenges in campaigning this year. Ridings said the biggest challenge was not being able to go door-to-door during his campaign, so he talked to as many people as he could one-on-one.

Presley said missing out on debates and large gatherings were tough on the campaign.

“I just tried to meet people and stood out on the polls for four days during early voting out there … and today just meeting people and was there to answer any questions they had,” Presley said.

Harvey did everything she could to make up for missing out on the door-to-door aspects of campaigning.

“It was very different,” Harvey said. “I did as much as I could door to door, but that was skeptical, because I work in the health care field, and I didn’t want to expose myself as well as others as well as my residents. So I did mail-outs to those in the district, telephone calls, social media, those types of outlets and just driving out and going to the people that I know and asking them to spread the word.”

Scott Newman in District 1, seat B, ran unopposed and gathered 1,541 votes. For Newman, who has served 16 years, this makes his fifth term on the school board.

“I’m just very appreciative that they support me,” Newman said. “I think that I’ve always fought well and I’ve listened to the constituents. I’m out in the community quite a bit and I think if people know if they have a problem with the schools or they got an opinion, they can call me. ... I think for my district I’m able to be out and about and seen. I think that makes a big difference that people know they can come and talk to me.”

School board seat A, District 1

School board seat B, District 1

School board seat A, District 5

School board seat B, District 5