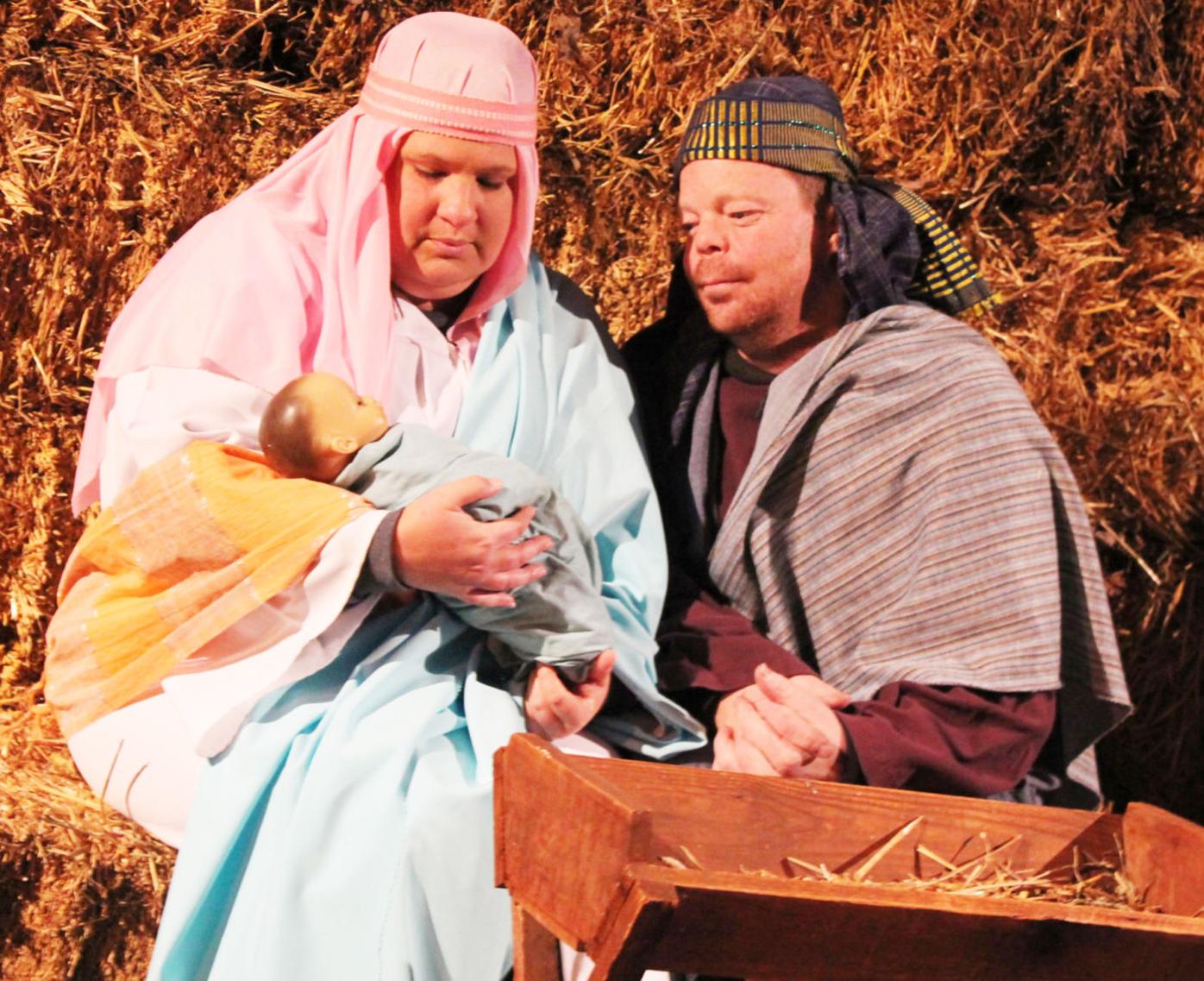 Jennifer and Jon Masters, dressed as Mary and Joseph, participate in the live nativity on Mulberry Street. 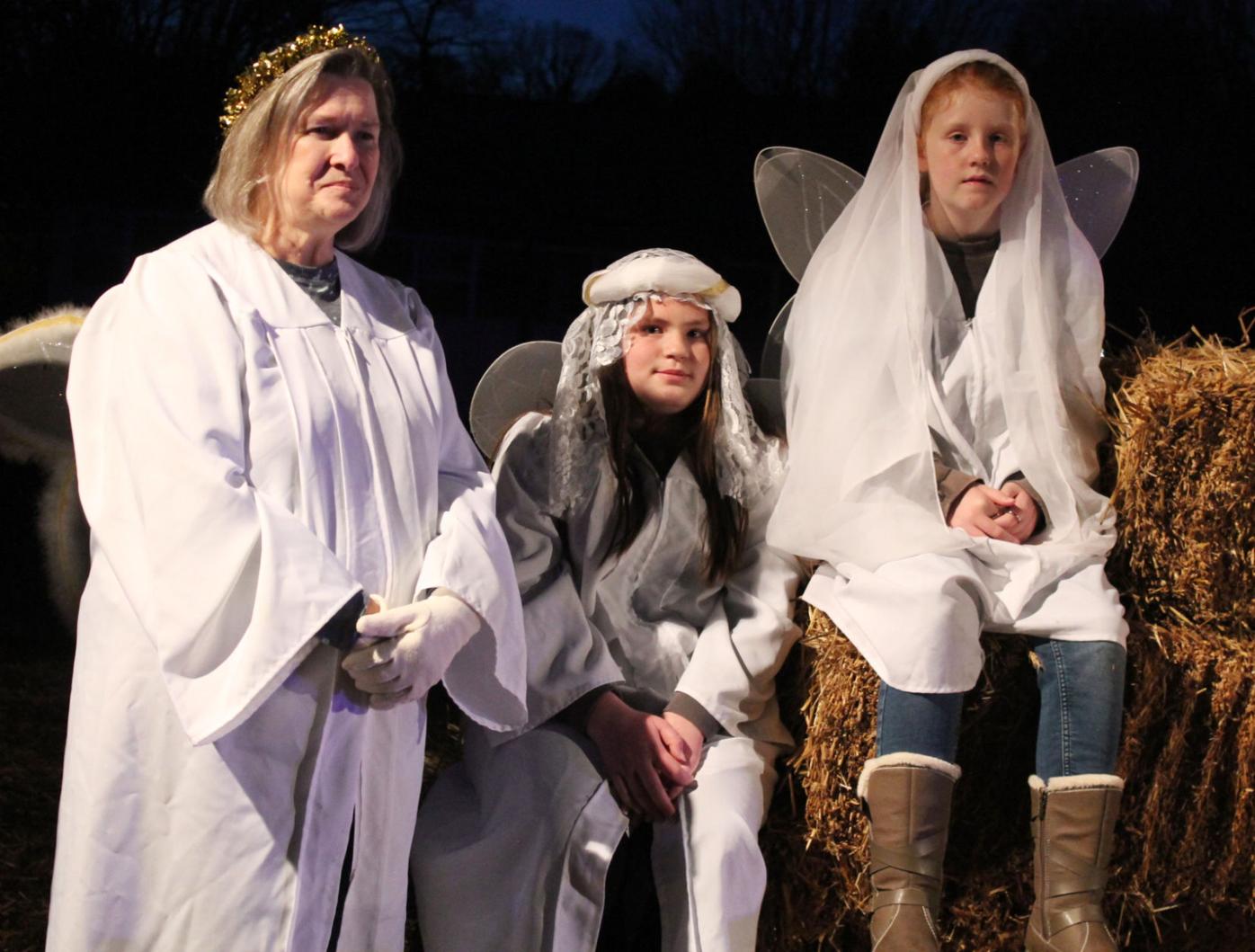 Kim Wilks, from left, Madison Masters and Georgia Brakebill dress up as angels.

Jennifer and Jon Masters, dressed as Mary and Joseph, participate in the live nativity on Mulberry Street.

Kim Wilks, from left, Madison Masters and Georgia Brakebill dress up as angels.

For two hours on the corner of Mulberry and Atlanta streets, vehicles slowly passed and visitors on the sidewalk took photos of church members dressed as Mary, Joseph, wise men, shepherds and angels. The scene featured a camel and sheep.

“I would say that takeaways are that it’s important we tell the story of the manger and the birth of Jesus,” the Rev. Mark Hester, church pastor, said. “That’s the most important thing we do is to tell the story again. It also helps it come alive for the people that are in it and the people that see it, where it wasn’t something that just happened 2,000 years ago in paper, it’s something that we can actually see for ourselves. Hopefully, we recreate a lot of joy and happiness and hope that comes with Christmas.”

Last year the church decided to stage a single night because of the uncertainty with COVID-19. Hester said reducing from two nights to one turned out better than expected.

“We thought that we would have lesser people available to work,” Hester said. “Well, it ended up not being true. We had plenty. What we were afraid of is that we would not have as many people that would come out and that ended up not being true. We had a great turnout. We have a lot of people drive by, a lot of people comment, we have people that write us cards and thank us that we’ve never seen that write us and tell us how much it meant to them that aren’t part of the congregation. We’re happy to do it and make an impact on people that we may not even know how many.”

“We started out with two nights and then changed it to one night and it seems like we have a bigger impact to do one night only and then put our energy all into one night,” he said. “It’s important for a church our size to do it right and more than just do it.”

About 35 church members are involved, whether outside or in the fellowship hall providing snacks as they alternate shifts in the nativity.

“It takes a village to pull it off — a lot of people,” Hester said.

Rich Gasper dressed up as a shepherd for the first time.

“Just getting the word and exposure out there of what Christmas actually means,” Gasper said was his reason to get involved.

John Napier, church member, was in charge of volunteer sign-ups and getting animals to the site. He hoped participants in the nativity never broke character, noting they should be “in awe of that child.”

“It is kind of, I don’t know, a chance to glorify the Lord,” Napier said. “It’s a very touching thing to get all of this together when you hear that music. That’s how I would describe it. It just kind of gets you in touch with the almighty.”