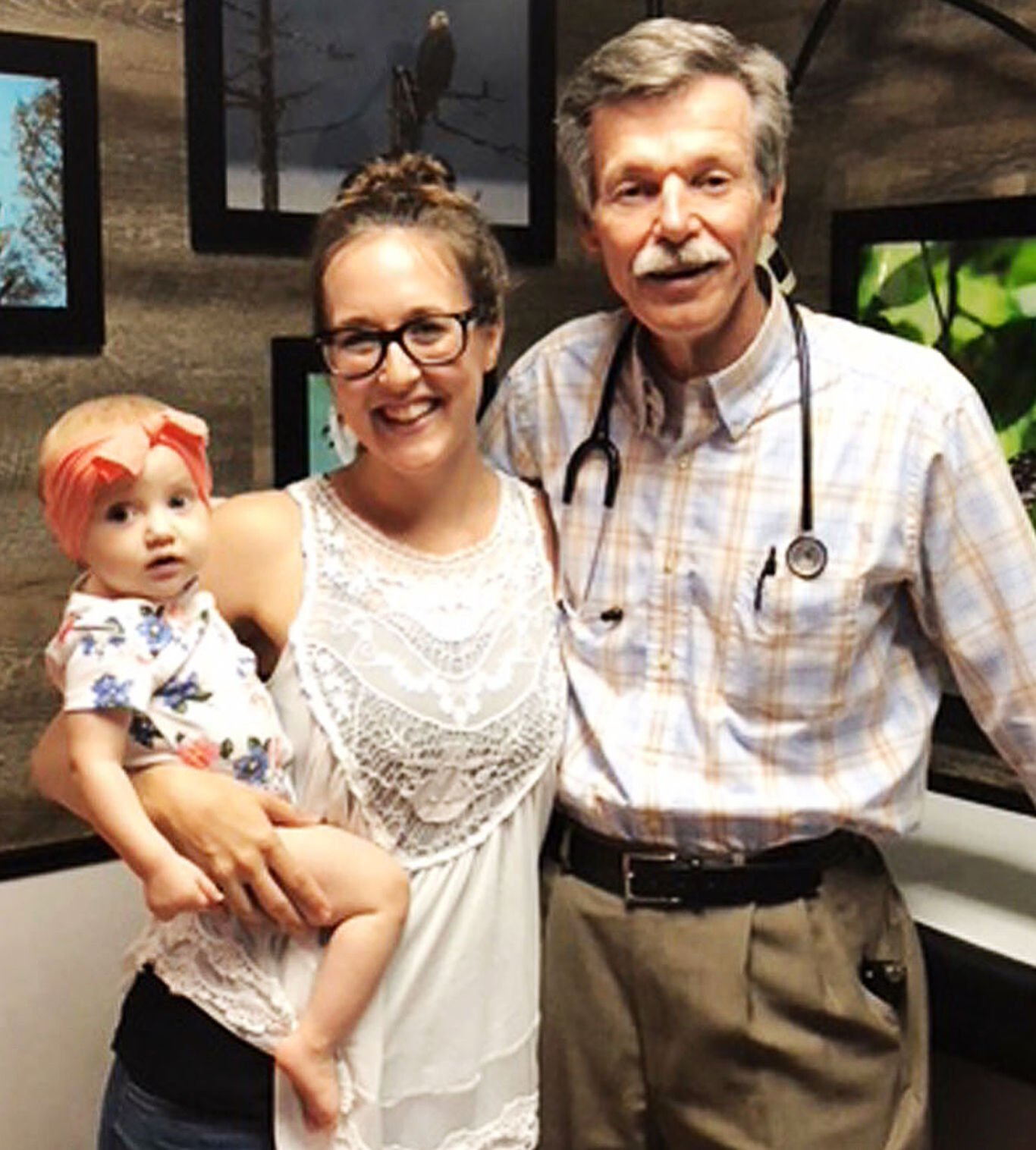 Dr. Bud Guider, right, stands with Hannah Howard and daughter, Autumn. Guider has been a pediatrician for both. 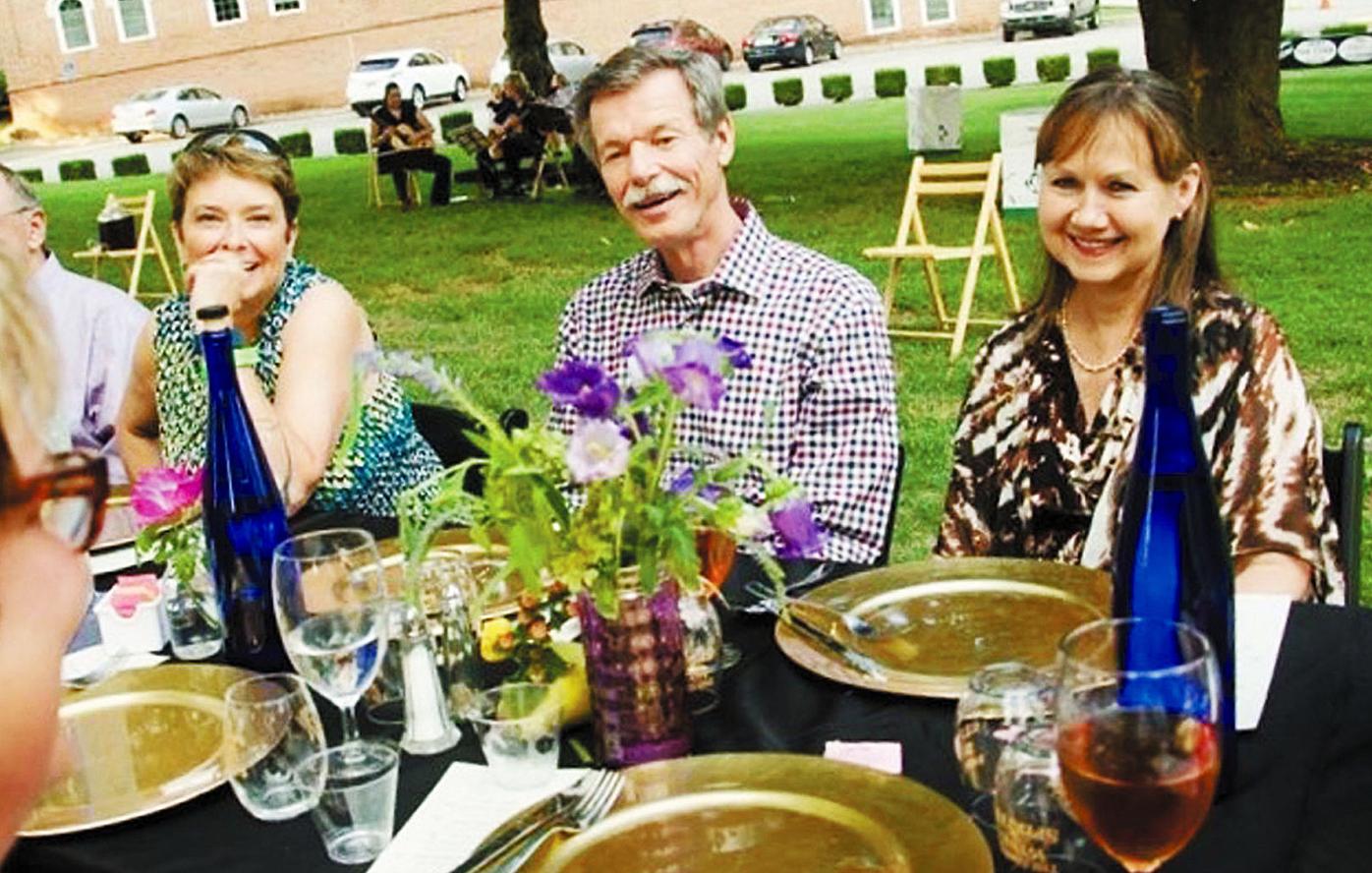 Dr. Bud Guider, center, sits with wife Adriance, right, Debbie Hines and others during an event in downtown Loudon.

Dr. Bud Guider, right, stands with Hannah Howard and daughter, Autumn. Guider has been a pediatrician for both.

Dr. Bud Guider, center, sits with wife Adriance, right, Debbie Hines and others during an event in downtown Loudon.

A well-known figure in Loudon is calling it a career after four decades of taking care of children.

“I’ve tried to be the best person, the best Christian, the best doctor I can be,” Guider said. “The bottom line is you got to take care of your kids, whatever it takes, and that’s what I’ve tried to do. I can’t do that by myself. I’ve had a good team around me for 40 years. ... The one point is I couldn’t have done it by myself. I’ve always told people it takes a village and the head person in that village is God, and he has guided me and directed me over these past 40 years and wouldn’t be anywhere without God, and a lot of support people all along the way.”

Born and raised in Loudon, Guider attended each of the city’s public schools. As a third-grader, he and a friend said they wanted to become doctors.

After high school graduation, Guider went to Tennessee Technological University and then in 1977 finished the University of Tennessee’s medical school. Ironically, Guider and his third-grade friend ended up roommates while attending UT.

He served his residency in pediatrics in Louisville, Ky.

“We planned it from the third grade and it came true,” Guider said. “I’ve been a blessed man. I always knew I wanted to be a doctor. I always knew I wanted to be a pediatrician. There was no question what kind of doctor. Had lots of nieces and nephews and a big family and I just always enjoyed being around younger kids. A lot of other people have trouble deciding what they want to do when they get out of medical school and it never was an issue for me. I knew exactly what I wanted to do and where I wanted to come back and that was back home.”

He started his Loudon practice in 1980.

“Of course, I’m actually seeing third and fourth generations now,” Guider said. “Seeing the kids that I started with, their grandkids and in some cases their great-grandkids. ... These people are my extended family and that’s just the way it is. That goes on for generation and generation and it’s just been my honor and privilege to be a little part of their families. That’s important. The continuity of care and keeping up with the generations has been extremely rewarding to me and important to me as well.

“I could never be a doctor, like an emergency room doctor where you just see a patient and then they leave the ER and then you never see them again,” he added. “You never know what happens to them. You never know if they got better, if they didn’t get better. The beauty of a private practice in pediatrics is you can have close contact with your families and keep up with people over long periods of time. You develop strong bonds both ways, from my standpoint and hopefully their standpoint. That’s what’s important to me.”

One of those patients, Lisa Wallace, now serves as receptionist at Loudon Pediatric Clinic. Guider was Wallace’s doctor during her early teens and has taken care of her three boys.

“What I would like everyone to know about Dr. Guider is before saying he is an extraordinary pediatrician, I want to say he is an extraordinary human being and he is loved by so many people,” Wallace said. “... I mean he’s the kind of person that I mean he leaves church and will come over and take care of a kid that might need sutures. He makes phone calls at 10, 11, 12 o’clock at night. My son fell off of a slide when he was small, he kind of got intertwined with a kid who came up the other side, and he fell off that metal slide that was over there. When we came over here, he asked me if I thought I could get up every couple hours and I thought, ‘Sure, I can do that.’ He then called me every two hours to make sure I was. I mean those kind of things you don’t just get out of an average person or a pediatrician. Dr. Guider’s special.”

Angela Jenkins initially served as receptionist when she came on board in 1981 but has now made her way to office manager. She is Guider’s first cousin.

“This was where he was raised and he has a passion to be a doctor and to serve his community. There were no pediatricians — anyone who went to a pediatrician drove to uptown Knoxville,” Jenkins said. “There was no west Knoxville pediatrician, so they drove 45-50 minutes to get to a pediatrician, and I mean they loved it — people in our city came here, people from other counties. ... He worked 10 years by himself 24/7 and there was a no ER doctor. So your patients at night, after you worked all day for 10-12 hours, 12 usually in the wintertime, you left and went and saw you patients at the hospital if your had any inpatients. Then if the parents had a question, he answered the phone. He did that for 10 years. That’s unheard of nowadays, nobody would do it.”

She considers Guider an “old-school” doctor.

“I love my patients. I’ve always loved what I do,” Guider said. “I’ve always said that my patients have taught me much more than I’ve taught them, and I believe that. My patients and their parents, it works both ways. Hopefully I’ve helped them over the years and taught them some things. They’ve certainly taught me some things, too. As you mature as a physician it becomes obvious that it’s a two-way street and we have to help each other and that’s what it’s all about.”

Guider doesn’t know what he will do once he leaves the office. He jokingly said his wife has a “honey-do” list.

“Things that I didn’t have time to do in the past, I’ll be working on that list for sure,” he said. “Then I have some hobbies. I love photography, I love woodworking and I’ll probably be working on some of those things. Then I don’t know. I don’t know what else might be down the pike, but I just felt like it was time. Just a gut feeling, I guess.”