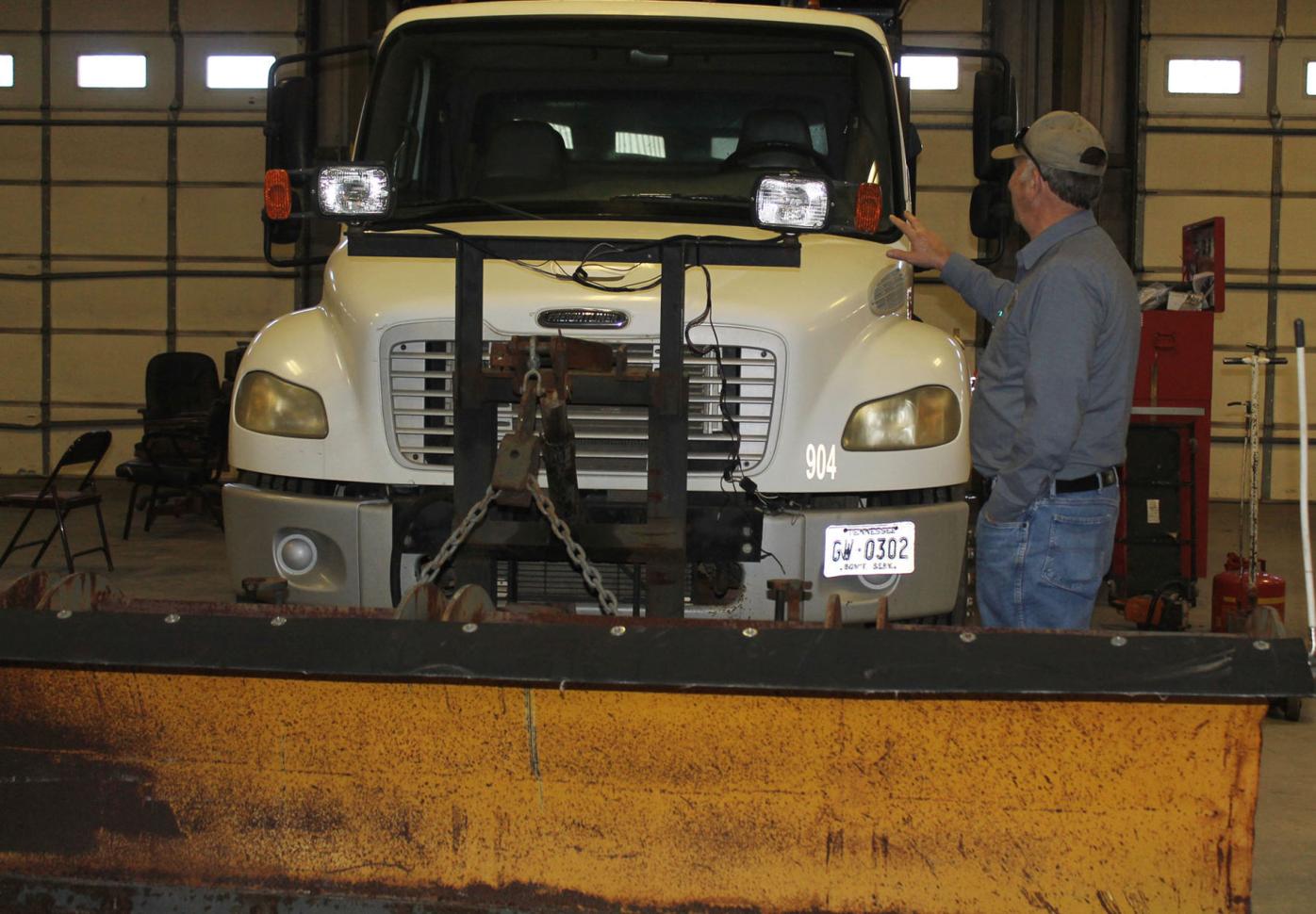 Bill Culvahouse, a driver at the Loudon County Highway Department, describes one of the trucks used to salt the roads during the winter months. 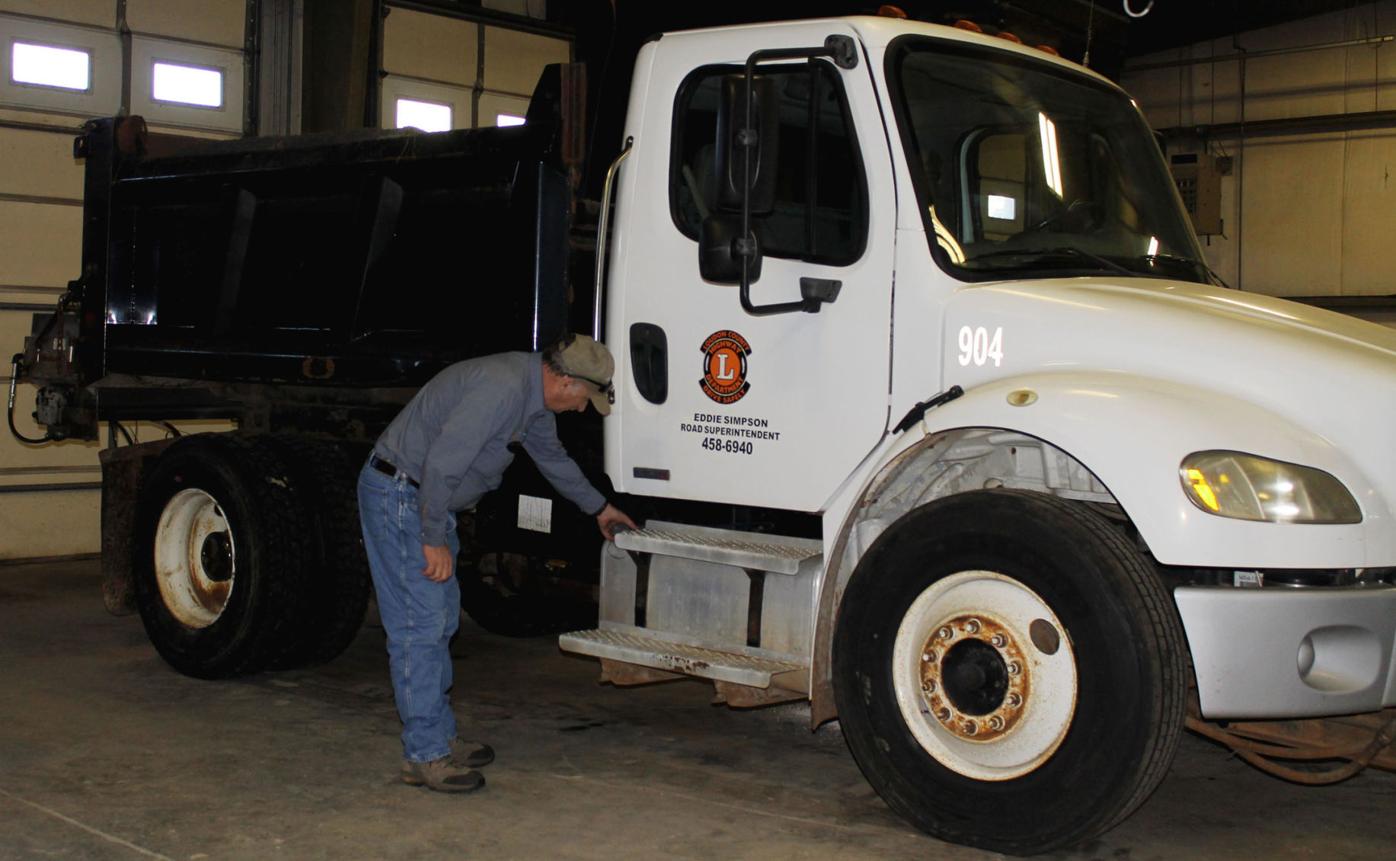 Driver Bill Culvahouse checks the fuel on one of the trucks used by the Loudon County Highway Department to salt roads during winter months.

Bill Culvahouse, a driver at the Loudon County Highway Department, describes one of the trucks used to salt the roads during the winter months.

Driver Bill Culvahouse checks the fuel on one of the trucks used by the Loudon County Highway Department to salt roads during winter months.

Now that winter is officially here, employees at the Loudon County Highway Department have trucks ready for bad weather.

“We don’t pretreat, we just salt over,” Eddie Simpson, Loudon County road superintendent, said. “It’s just not feasible. We have around 600 road miles, and it would just take so much to get every road done. We would have to start two days before the event.

“All of our trucks are ready right now,” he added. “We have five sectors that we maintain. We will start putting out salt. We put a minimum amount of salt and cinders mixed. Then the salt starts to melt it.”

After experiencing an ice storm or significant snowfall, it usually takes a week for roads to clear, Simpson said.

“We do scrape the roads,” he said. “We salt right after. We’ll scrape it first and run down the middle of the roads and put the salt down. We do all of our primary roads first. We have about 300 miles. We will hit those as soon as the event starts. We usually can get over those in about six or seven hours. We will start to do some secondary roads. One treatment does not get rid of it.”

The highway department uses an estimated 300 tons of salt during an average winter, costing the department $100 per ton.

“That’s with us picking it up,” Simpson said. “We have a little cost involved in that. I think it’s another $30 a ton to transport the product.”

As soon as winter weather hits, highway department employees scrape local roads before following behind with a mixture of cinders and salt.

“We just go from one area to another,” he said. “We have those five sectors. ... We’re pretty much blanketing the whole county within those first few hours. To get over all the secondary and primary roads, it usually takes us a long 16-18 hours. I think that last ice storm, we spent 36-37 hours straight. We constantly went over the same places with that ice and stuff. We try to make everything as safe as we could.”

All 20 employees are cross-trained, employee Bill Culvahouse said, illustrating how eight workers were out of the office last week on different jobs, including fixing potholes.

“One of the most difficult things is getting people to stay out of your way, so you can do your job,” Culvahouse said about clearing winter roads. “Just because it’s a big truck doesn’t mean it’s any different than a little car on the roads. Nothing holds the road in the snow. They’ll slide just like everything else. You have to go slow and hopefully, people don’t get in the way.”