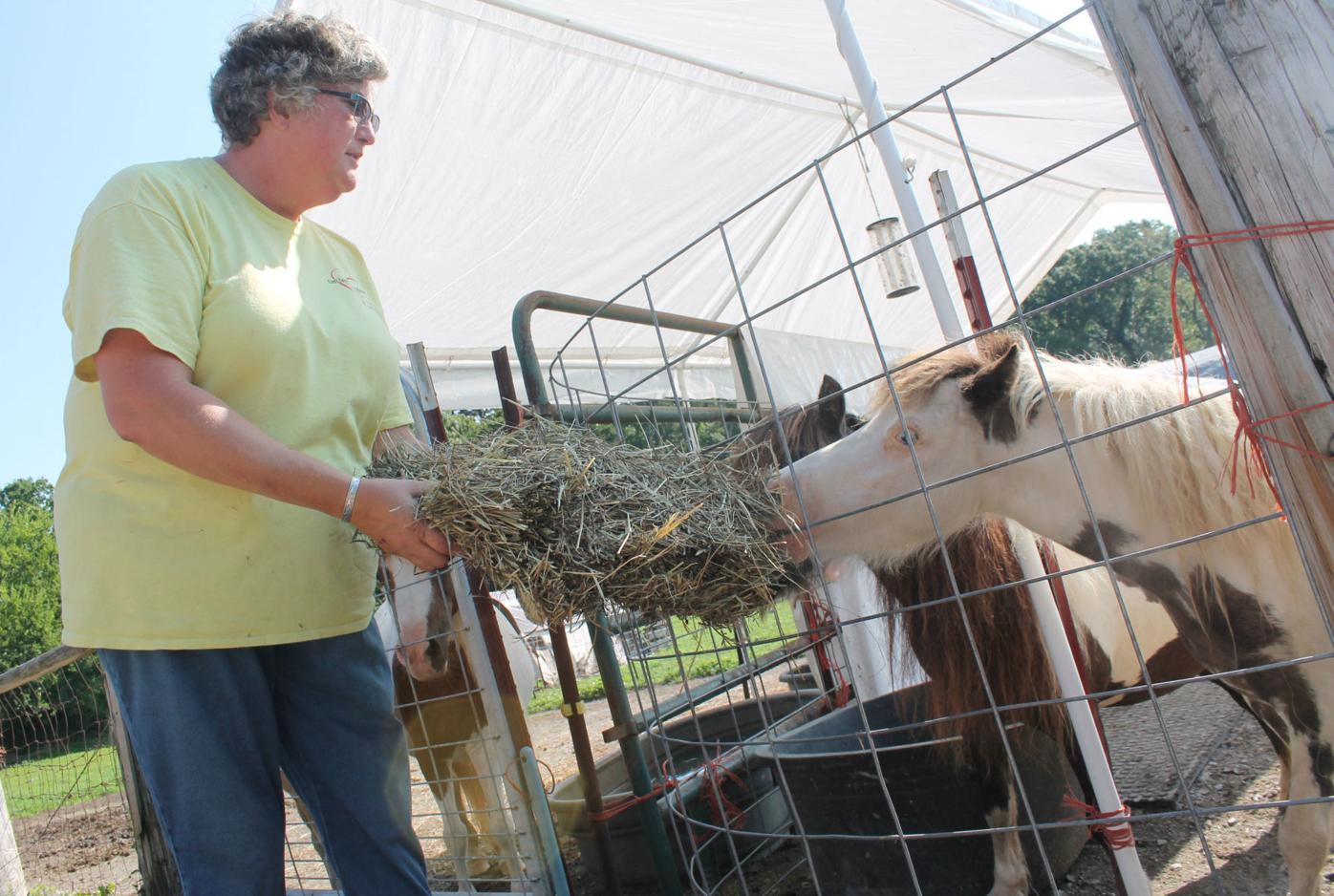 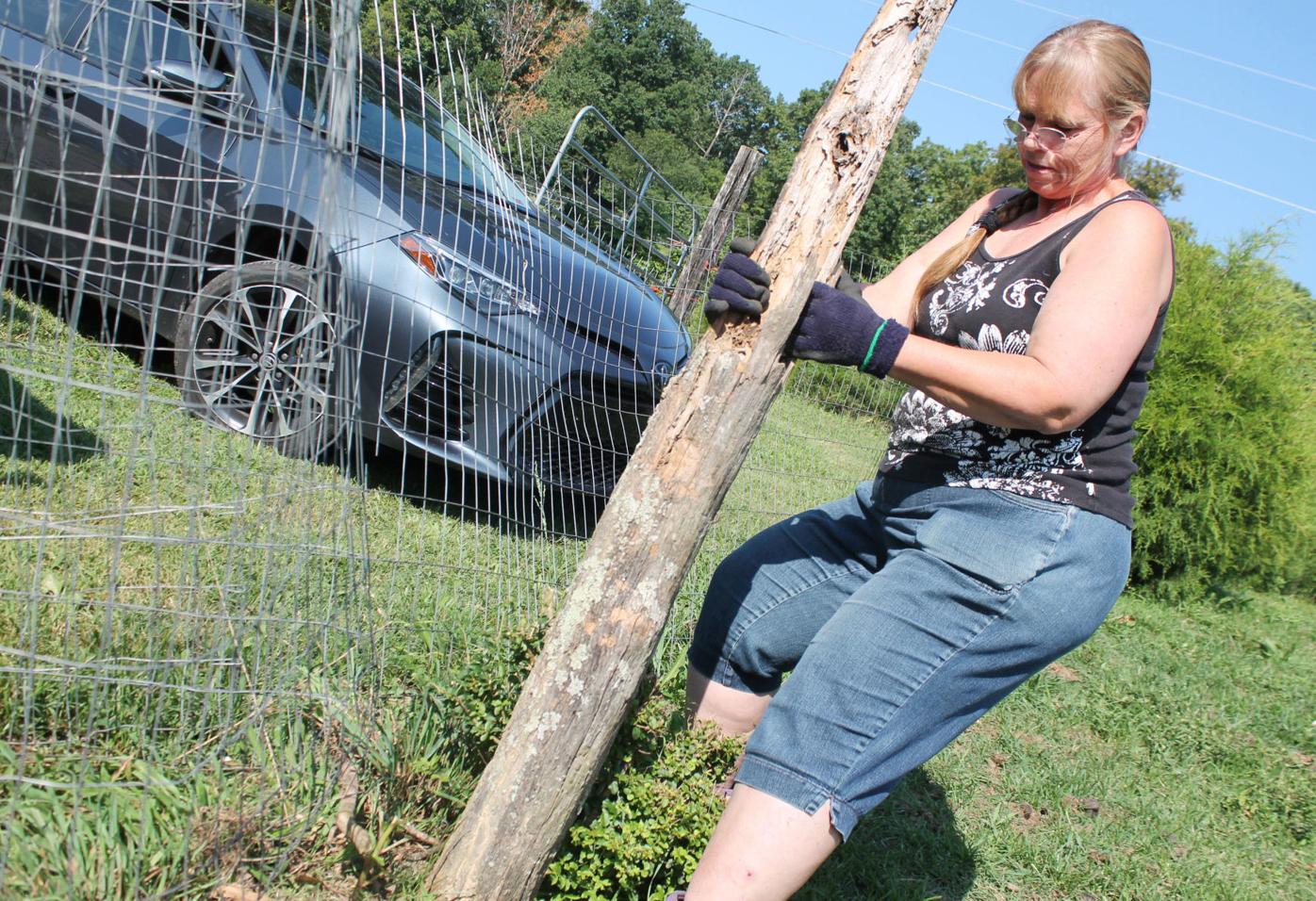 Tammy O’Connor works to remove a post during a volunteer day at East Tennessee Miniature Horse and Donkey Rescue. 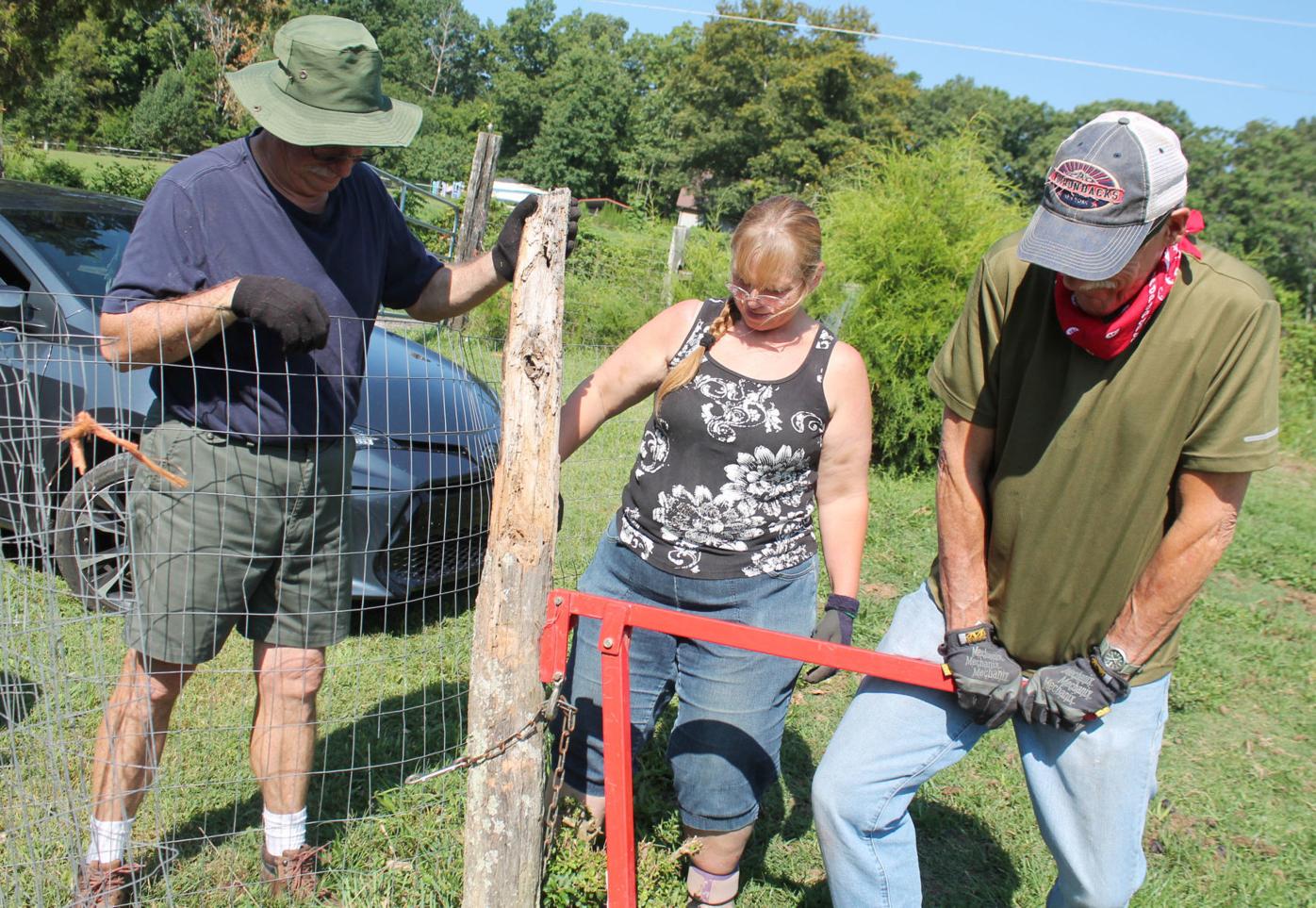 Tammy O’Connor works to remove a post during a volunteer day at East Tennessee Miniature Horse and Donkey Rescue.

A group of individuals in Loudon regularly volunteer time to help some unique animals.

In existence since August 2016, the nonprofit East Tennessee Miniature Horse and Donkey Rescue has an interesting mission. Most animals on the 6 1/2-acre property are surrendered by their owner, Angela Devine, director and founder, said.

“Most of the ones we take in there’s been an illness, a death, someone’s moving and their only other option is to take them to an auction or something or just give them away, which they want them to go to a safe place,” Devine said. “These little guys get slaughtered just like the big ones for meat, so that’s where we try to step in and keep that from happening.

“We also work with several other rescues if they get large numbers of minis, or if they’ve got just enough space, we’ll take in their minis and then we’re listed with the state for cruelty cases,” she added.

Devine initially hoped to use the property for her own horses, but the decision to acquire miniature horses soon led to a bigger plan. The first mini horses were from a cruelty case from another rescue. The animals were in bad shape.

“If you’ve got land and you’ve got animals, people will be like, ‘Hey, I know somebody that’s got, do you want it?’ So we started taking in little unwanted miniatures and then rehabbing them and homing them,” she said. “So a friend of mine said, ‘Well, you ought to do that for real. Get your nonprofit and stuff.’

“We did thinking you’re going to take in maybe 10 a year and sometimes we’ll get 10 at a time — it just depends. We kind of just stumbled into it,” she added.

She jokingly referred to her time in high school when peers guessed she would work to help save animals.

“I never dreamed this is what we’d be doing,” she said.

Now Devine estimates the group is one of only four in the nation. The rescue currently has about 40 mini horses and donkeys.

“Over 250 have come in, so we’ve adopted out over 200. That’s scary,” she said with a laugh. “When we start doing our birthday stuff and I start running our numbers and stuff, I’m like, ‘This is ridiculous.’ Our average vet costs a year are about ($20,000) and our feed bill isn’t far behind it.”

On average, donkeys or mini horses are there for four or five months.

“We’ve got two little donkeys leaving next weekend that I know there’s going to be tears,” Devine said.

“You want to love on them, but you want them to get a home,” Sandi Walker, a regular volunteer, added.

“Oh, we couldn’t do what we’re doing without volunteers. There’s no way, at least not the volume that we’re doing,” she said. “If we didn’t have the volunteers we could only have maybe 10 animals here. We have 10 animals here that will never be able to leave, so that would stop us from being able to even help anybody else. We have some that have come in over that time period that we have been open that are not adoptable because of physical issues.”

Walker and three others each Tuesday morning come to the property to clean pens, make sure the water’s fine and “love on the babies.”

She has been working at the rescue for about two years.

“I think as a little girl I sat on a pony and it never got better after that,” Walker said. “It was just a lifelong just love of horses, and then when I retired it was like, ‘Wow, I can do it a lot’.

“Even those that never had a great appreciation for horses, they come out here and just want to put them in their pocket and take them home,” she added.

Michael Burwell volunteered for the first time, helping clear fencing in front of the property. He heard about the volunteer day through social media.

“It just seemed like a nice thing to do,” Burwell said.

The group relies on community funding, which includes open houses and “$5 Fridays” on Facebook. Adoption fees help cover “a good portion of vetting,” but not everything.

“We’ve started doing fundraisers this year for the first time because we’ve got volunteers that know how to do that,” Devine said. “So we did an online auction, we did a yard sale, but we’re always looking for ideas on how to get things done. So we do need help if somebody knows how to do marketing or something.”

Devine estimated the average cost of initial veterinary care for a miniature horse is about $250.

“There’s some we have thousands of dollars into and then there are some that come in that are already vetted, so I mean it’s an average,” she said. “Again, volunteers and donations, if we didn’t have either we wouldn’t be able to do it.”