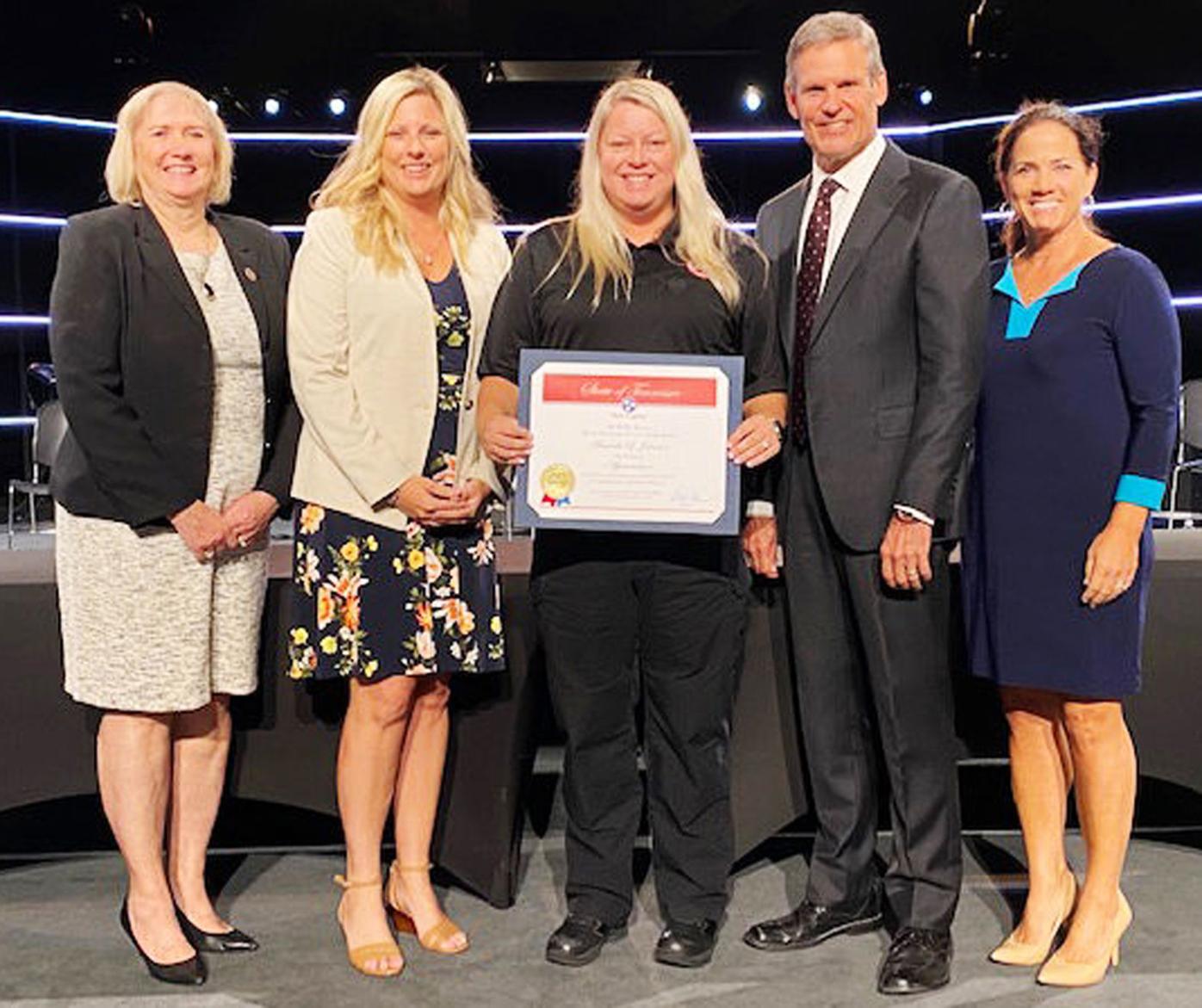 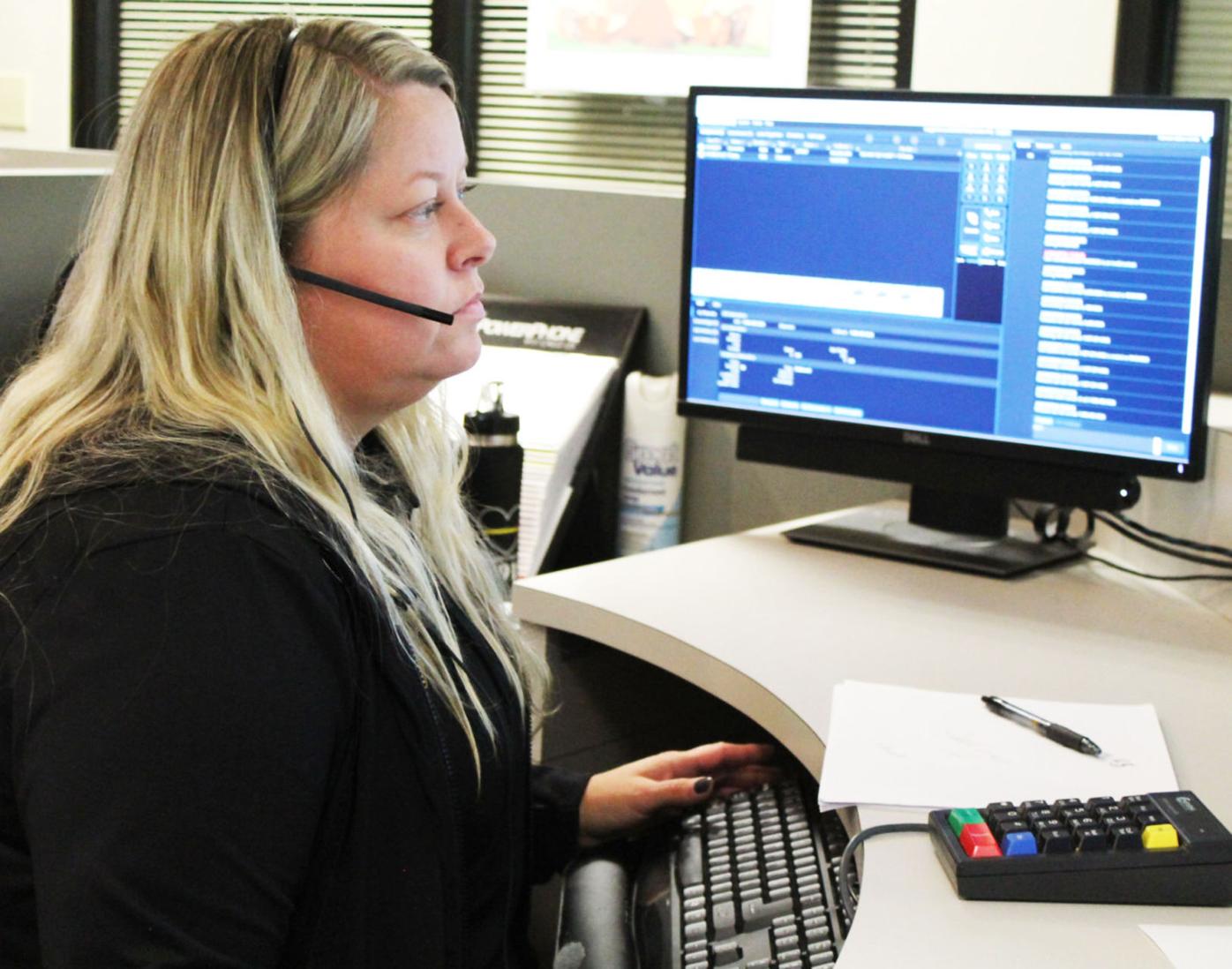 Loudon County dispatcher Amanda Johnston was recently recognized by the state for her work in helping an elderly man find his way back home in January.

Loudon County dispatcher Amanda Johnston was recently recognized by the state for her work in helping an elderly man find his way back home in January.

Loudon County dispatcher Amanda Johnston was recently recognized by the state for her quick actions ensuring a distressed man with dementia got home safely in Union County.

Johnston was one of 18 first responders who received the Governor’s First Responder Award during a Three Stars of Tennessee Award and First Responder Recognition Ceremony hosted Sept. 9 in Nashville by the Tennessee Department of Safety & Homeland Security.

She received the award for her quick thinking during a Jan. 8 phone call.

“I took the call of an elderly man who was asking for directions,” Johnston said. “He said he was just sitting on the side of the interstate, and I could just tell in his voice that there was something not quite right, something was off with him. He told me he was trying to get back home, that he thought a truck driver was giving directions. He thought a semi-truck was trying to lead him back home. ... I’m able to come up with the guy’s name and where he lives, where he’s from, so we were able to make contact with that agency, the 911 center that would be where he’s from. We were able to make contact with them and ask them if they had any reports of any missing men because at that time he was not in the system as missing.

“I asked them if they had talked to anybody in that family, if they’ve had reports of missing, which they had, they had talked to the wife and I think maybe the son that were going to report him missing because he left home that morning to go I think possibly to a doctor’s appointment and he never returned home,” she added.

Having known Johnston for about 25 years, Jennifer White, Loudon County E-911 Center director, considers the dispatcher an “asset” for the county. When situations become chaotic, White said Johnston shines and is in her element.

“She’s always going above and beyond,” White said. “We tell her that she’s Inspector Gadget because if there’s a solution to be found or a mystery to be figured out, she’s figured it out before — sometimes before officers go on scene she’s like, ‘I’ve already got this figured out.’ She just knows what’s happening.

“She always goes above and beyond and does the extra work to find a solution,” she added. “Then she’s also the one that if somebody needs something — like this situation where it would have been very easy and even protocol for a person to just send an officer out there to give him directions and send him on his way — but she realized quickly that he needed more than that and so she’s the one that’s going to connect. ... She would have contacted the family and she would have pulled in resources to get somebody to help if she realized he needed assistance.”

White submitted Johnston for the award.

“In the scheme of things to some people it wasn’t as bad as some of the other stuff, if you will, that we deal with,” White said. “I actually have been subpoenaed to court twice lately for Amanda dealing with fatal shootings and she took the call at both of those. If you’re comparing you might think that this call might not be as significant as others, but it’s proof of what she does every single day and it’s these calls — if this person, if she hadn’t recognized there was something going on with him and gotten his family contacted, who knows what could have happened. He could have wandered way away, been states away before somebody found him, something could have happened to him and so I wanted to recognize her for that. We got to be on top of our game when the big stuff happens, but we also have to be on top of our game for the everyday calls that could end badly.”

Johnston has been with dispatch since 2004 and before that served four years with Emergency Medical Services.

“Me and my whole team here, we do this kind of stuff every day,” Johnston said. “... I like to help people in their time of need and just everything that goes with it.”