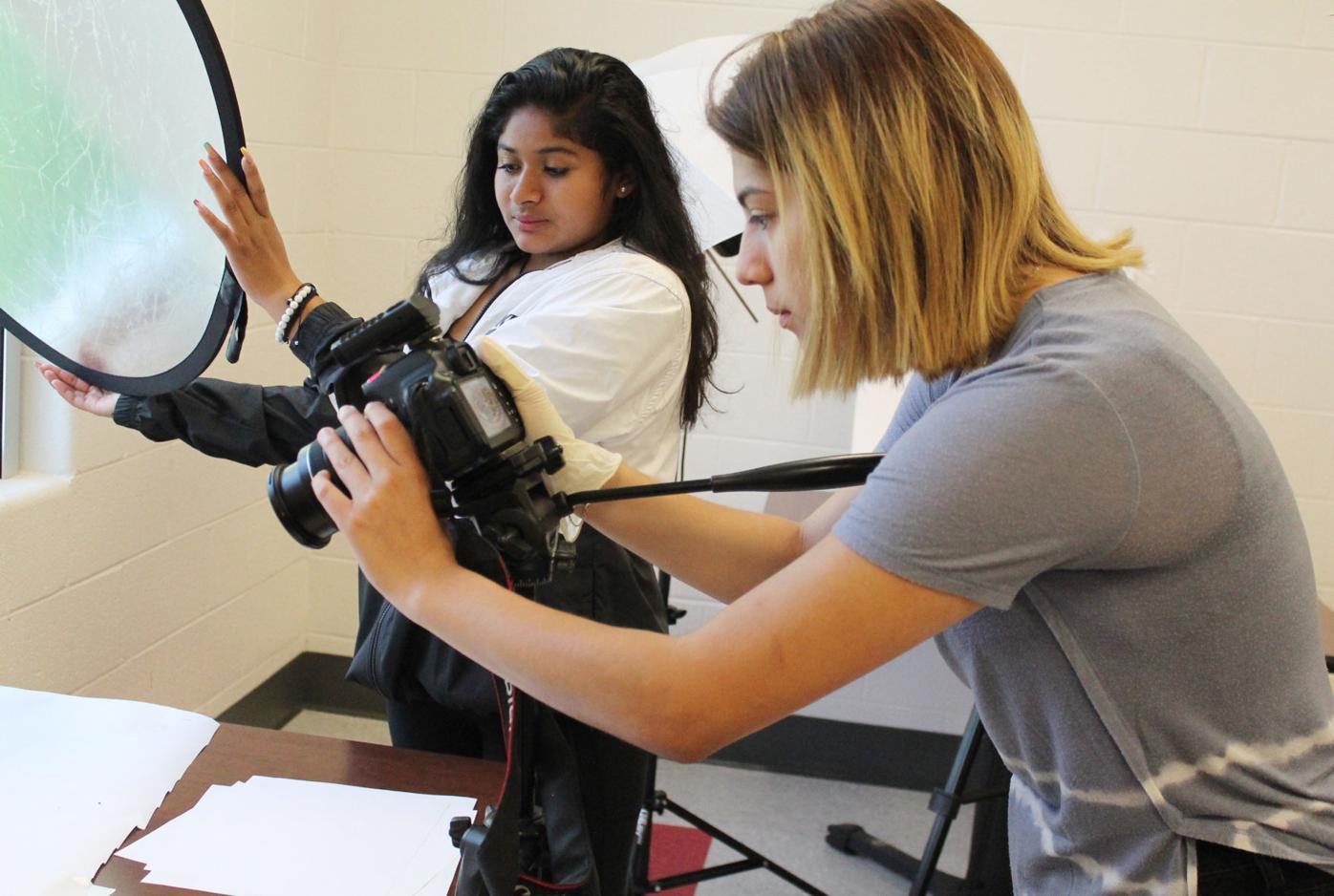 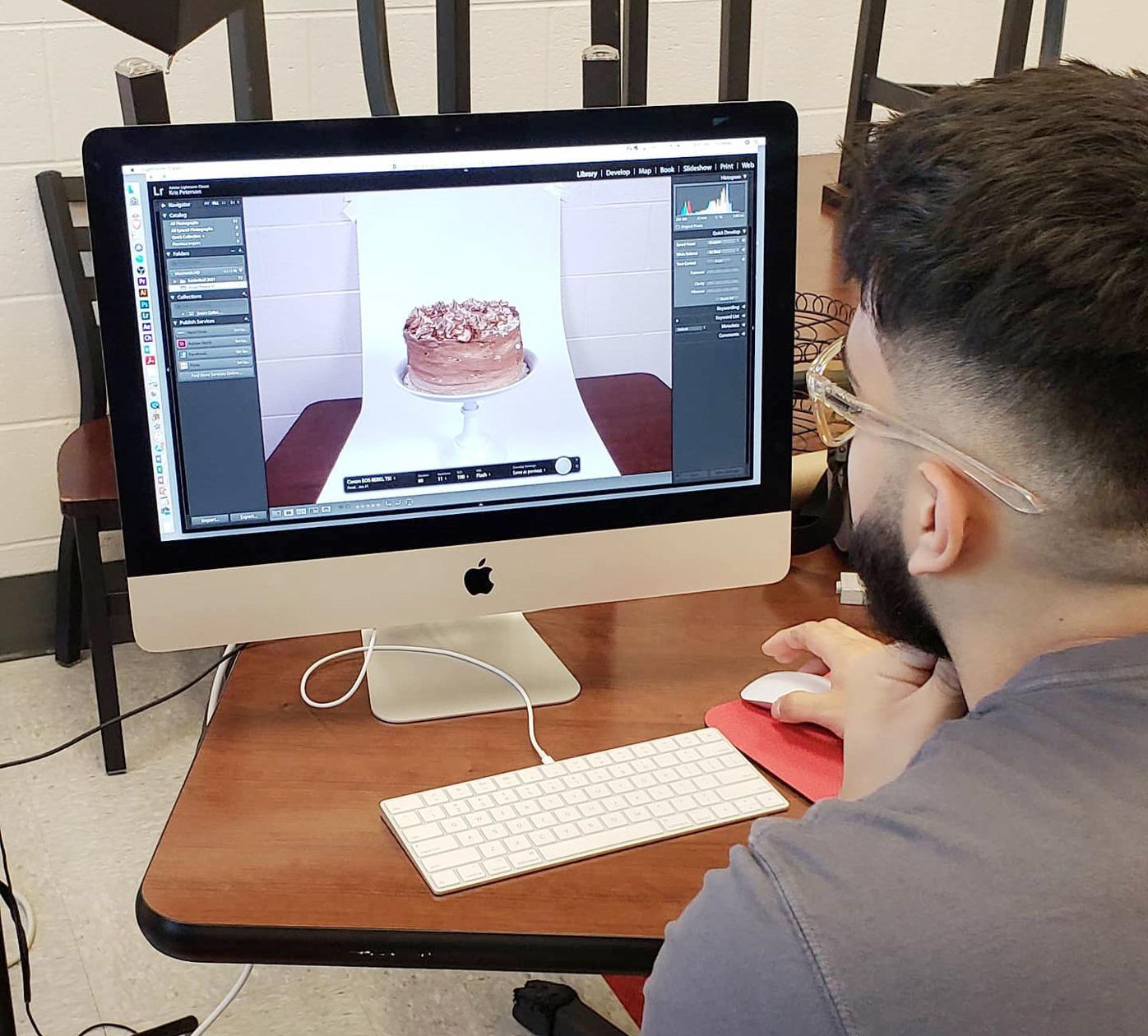 Loudon High School recently received a $3,500 grant from Tennessee Valley Authority for engineering and digital art and design students to work together.

“They look for innovative STEM projects and, more specifically, they look for projects like what we’re doing to incorporate novel inclusions of STEM categories with other aspects of the school system,” Nathan Kenner, engineering and chemistry teacher, said. “We’re combining engineering with digital arts and culinary. We’re looking to expand that beyond just those two.”

Kris Peterson, digital art and design teacher, said the first focus is on culinary arts because “they’re rocking it.”

“A long time ago back when (former county schools CTE director Tom) Hankinson was here, I remember him talking about how we make so many great things in our classes, our students are very talented,” Peterson said. “We have an auto mechanics department that does oil changes. We have a machine shop that can build anything you want. I have a T-shirt shop that I’ve been wanting to kind of get off the ground.”

Phase one includes building a website and prototype kiosk.

“We’re starting with culinary, who clearly has marketable items,” Kenner said. “They have food items that we can market, and we want to prototype it by marketing to the teachers and then to the students and then whatever community involvement that Amanda (Thomas, culinary arts teacher) has we’ll be able to market through the website that’s being designed by digital arts and managed from the engineering team.”

On Fridays, digital art students go to culinary arts to photograph items that will go on the website. Students are also working to build the food menu, Peterson said.

“It’ll be in the hallway and it’ll be a place where you can order food from culinary arts eventually,” she said. “They’re going to be building the kiosk, programming it, programming the things that connect to it, the sensors and cameras or whatever. The students are going to decide on how they’d like it to function.”

The kiosk will go inside the hallway, Kenner said.

“Specifically a prototype that’s geared toward teachers being the test subjects and then we want to roll it out to students for the next phase sometime in the fall,” he said. “We’d want to roll out an actual product, hopefully, next year is what I’m thinking and go from there — an actual product being one that could be serviceable for the community itself sometime by the end of next year.”

Amanda Thomas, culinary arts teacher, said her students have been excited to show their creations. One product will be specialty drinks.

“We started a few weeks ago making flavored drinks that mimic local smaller shops around here — clear cups, several layers of flavors, so that’s why I think that draws them in that they get to see all of that,” Thomas said. “We have probably seven different flavors now and we’re adding one.”

Grant money so far has gone toward Raspberry Pi computers and other equipment in Kenner’s class.

“For my kids it’s going to be the first time they’ve built a meaningful website that has purpose,” Peterson said. “That’s what I like about this is it’s got purpose and it’s real. It’s not like, ‘We’re making it up,’ and it’s going to carry on. I was talking to them today that this is like a legacy they’re going to leave behind and other students are going to build on, so they’re kind of like the founders of it all. … And they’re practicing and growing their photography skills, which is good.”

“We are taking pictures of food so that we can use it for the website we’re building for this project,” Hawkins said. “... I am the CEO of the whole thing, so I am working on more of infrastructure than I am taking pictures and doing all that stuff.”

The project is a valuable learning experience, Hawkins said.

“I’ve never thought about business or anything like this, I would have never done any of this stuff before,” she said. “But this has definitely given me a big learning opportunity for sure.”

“Today we have a bunch of drinks that we made and then we have just a bunch of assorted desserts that we sell,” Stewart said. “... It kind of teaches us how to sell stuff that you make, I guess, and how to market what we’re making kind of.”