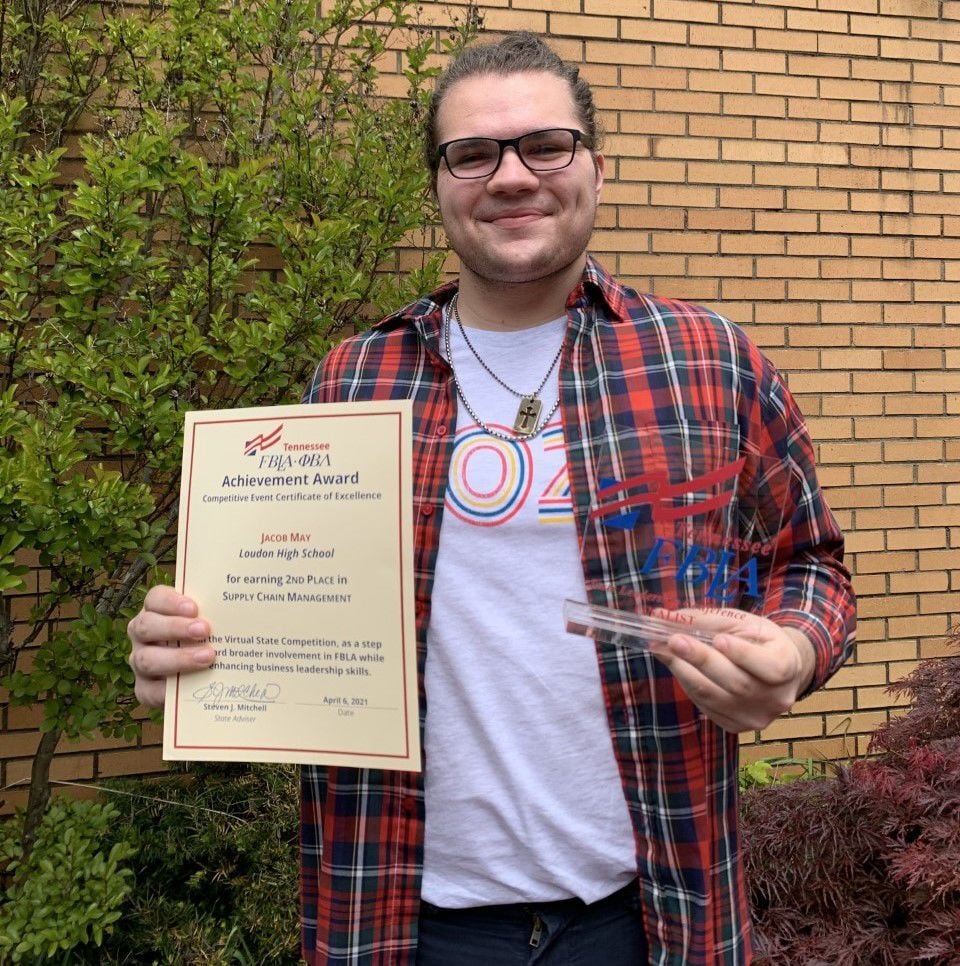 Jacob May, recent Loudon High School graduate, with his awards for placing second in the Future Business Leaders of America state competition. 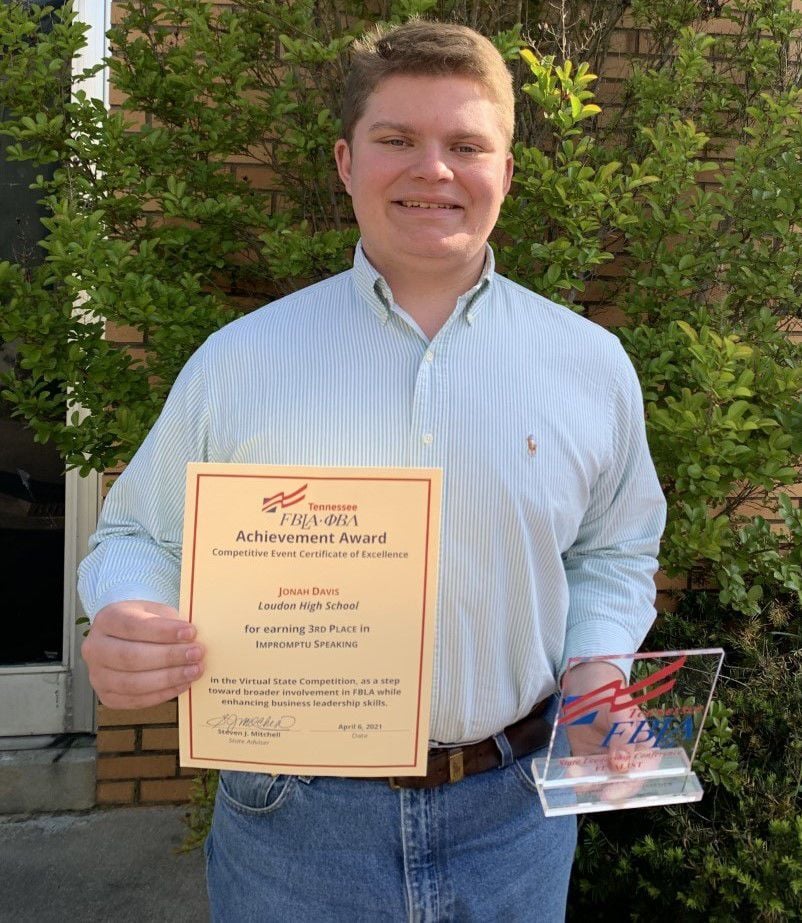 Jacob May, recent Loudon High School graduate, with his awards for placing second in the Future Business Leaders of America state competition.

Recent LHS graduate Jacob May and rising senior Jonah Davis placed second and third, respectively, at the state level in a recent competition. May represented LHS in the supply-chain management category, while Davis competed in impromptu speaking.

Similar to last year, 2021’s competition was virtual due to COVID-19 concerns. Nationals, which are set for June 29-July 2, will follow a similar format.

May competed by taking a test. Davis received a prompt, took five minutes to prepare his speech and uploaded a video to YouTube for judging.

For May, his interest in FBLA came after taking a high school business class.

“Junior year, I took an intro to business class, and that’s when Ms. (Laura) Degnan (LHS business technology teacher) introduced me to FBLA,” May said. “Since then, I’ve been working in the club to get a better understanding on different aspects of business and the way the economy works. First year, I did advertising, so going from advertising to supply-chain management was really easy for me because a lot of the same principles apply.”

Davis joined FBLA at the end of his freshman year. He became club vice president as a sophomore and president last year. He also joined after taking a business class.

“I’ve always been interested in business, especially business leadership,” Davis said. “I think that it’s always an interesting part about life, especially in our society that kind of places business up there with government and charity and those kinds of things and being able to kind of enter with some idea of what business is going to entail later. Even if I don’t necessarily go into business, I have a notion of what business leaders are thinking.”

May said his interest in business leadership grew throughout high school as he learned more about entering the adult world.

He hopes his time at FBLA will help him in the future.

“One, it’s just good learning experience to just take the initiative to learn and compete and understand how different aspects of the world work, but for my future I’m hoping it’ll help me understand a little bit more about the economy because I’m wanting to go to law school to learn how procedure works within Congress,” May said. “That’s my goal, so maybe it will get me as a staffer on one of the committees maybe working with commerce.”

Davis plans to pursue a degree in political science or U.S. history.

To prepare for nationals, May will read and study materials much as he would for an important test.

“Placing in my senior year, it makes me very happy and ecstatic because I feel like I’ve grown a lot since my freshman year, and this really shows that I can do things that I’ve always wanted to set my mind to,” he said.

Davis said to prepare for impromptu speaking he will continue studying speeches.

“During my first year, I tried impromptu speaking and wasn’t able to work it out then,” Davis said. “Of course, that was my first full year. There was no proper competition for that due to our COVID situation. I wanted to kind of give it a try again, and I’ll probably move on to a different contest next year, but I’m definitely glad I went the impromptu speaking route this time.”