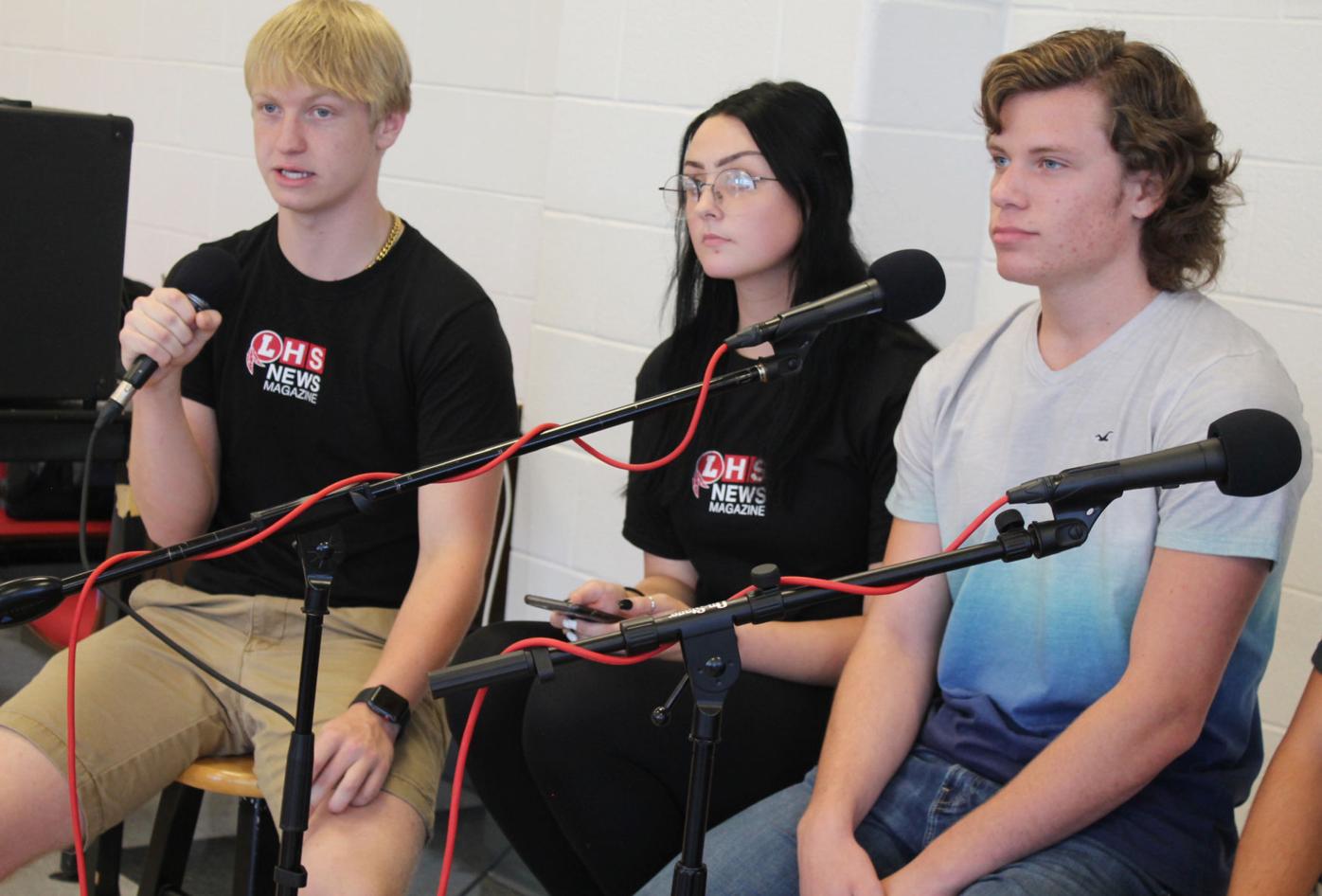 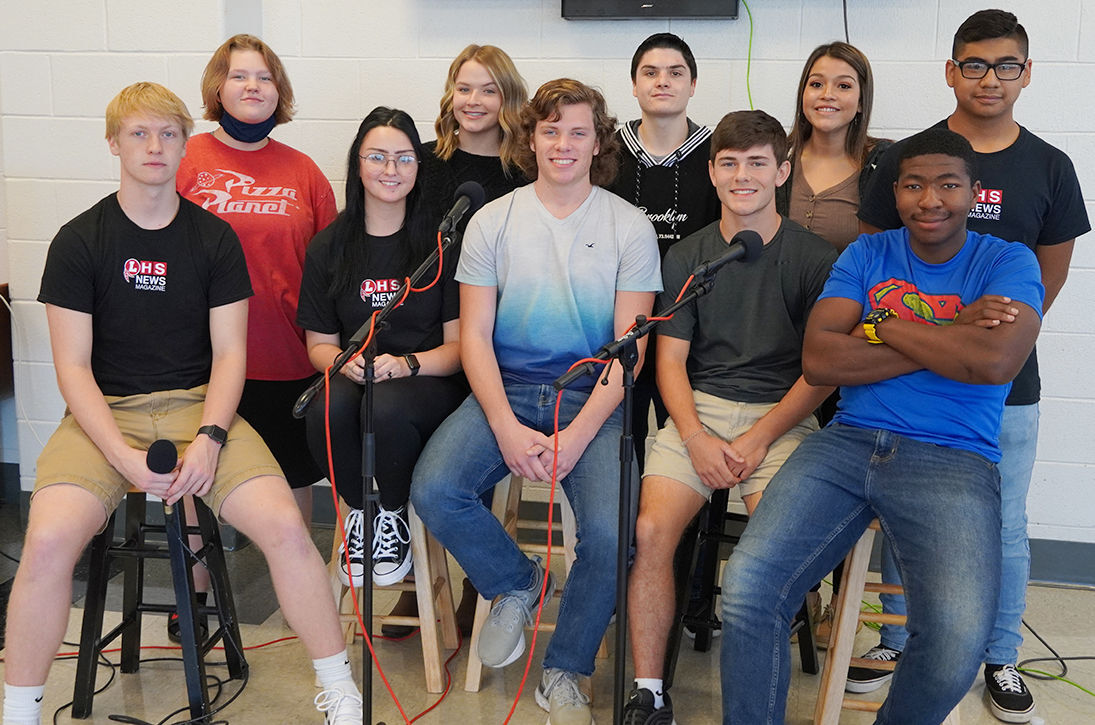 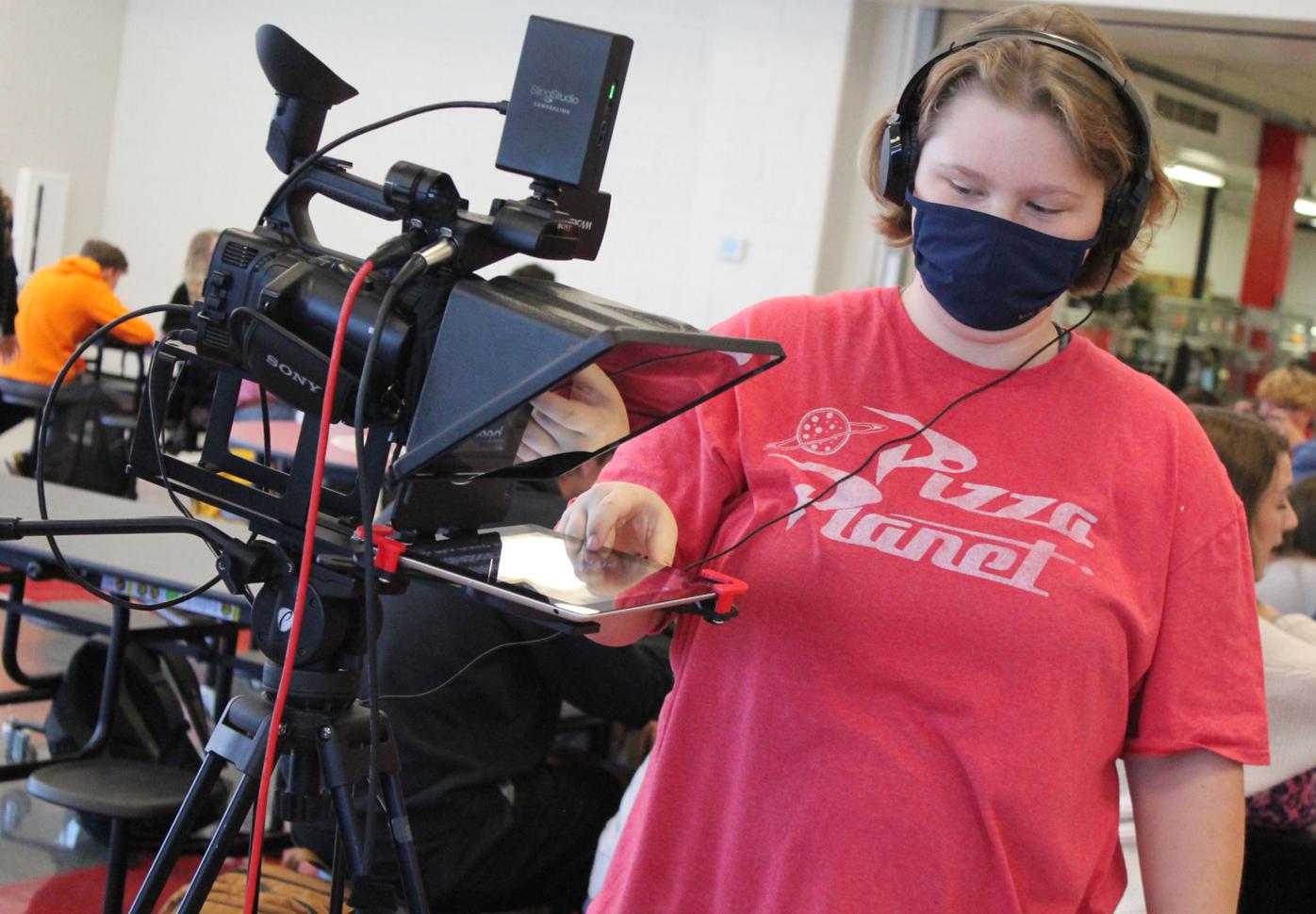 What began as a simple request from Loudon High School senior Kaleb Kelsay turned into a weeks-long project for digital arts students that has provided valuable experience.

About three weeks ago Kelsay — whose band won last year’s LHS talent show — asked teacher Kris Peterson if she would help him record a song in the school auditorium. From there, a student marketing group was formed.

“He came to see me, and about the same time ... we got a new mixing board for our broadcast, and we decided to record and mix his songs,” Peterson said. “Then it turned into, ‘Hey, this would be a great music marketing project.’ ... We did photography, we did the mix, we did the video, and we ended up having this team of about seven, and they have been working on it for three weeks. The team that we have intact is going to keep working on — he’s got three more songs.”

The first song, “Best Thing for Me,” was shared, along with a music video, with the student body Friday during lunch.

“We went out and flew a drone and did a bunch of stuff like that, filmed some stuff here in the theater,” Peterson said. “Now we’re doing social media for him. We’re making a website, we’re putting him on iTunes, so we’re continuing to promote him as a project. So the kids are learning how to get your song on iTunes and how to be on Spotify and stuff like that.”

The music video can be found on Kelsay’s YouTube page.

“I pretty much let Kaleb kind of cast his vision and tell them what he wanted,” Peterson said. “I did sit down with them and we looked at other videos for ideas and kind of picked something we wanted to shoot for, and then I let the kids work on developing how they really wanted (to do the project).”

“We came up with ideas to help them and stuff,” Kelsay added. “They were wanting us to make merchandise like T-shirts and stuff. Yesterday I was sitting out drawing out some T-shirt ideas and logos and stuff, and so here just helping out as much as we can. For weeks we were just constantly in the studio just recording and we’ve been doing that really hard, putting in the effort for that.”

Despite challenges, Kelsay and LHS sophomore bandmate Hunter DeLand were pleased with the music and video.

“Just that short amount of time, it’s really something to see because most professional bands it takes them sometimes months to make a perfect song,” DeLand said. “By all means, this wasn’t perfect at all, but high-schoolers, first time, it’s better than decent in my opinion.”

Peterson wasn’t surprised by how well the team worked together, calling the students “rock stars.”

“They gelled, they came together, they became friends and each one just had a different skill that fit together,” she said. “It’s kind of been right, it’s like a teacher’s dream, and so we’re just going to keep rolling with it.”

Johnson pointed to the possibility of going to film school.

LHS senior Isaac Stewart helped edit the audio. Although he’s not leaning toward a career in production, he still saw benefits.

“I think it’s cool that I learned how to mess around with stuff like that, and it definitely helped because I do make some montage stuff on my own,” he said. “So knowing how to edit audio and stuff like that really helps me out.”

The pair worked together to ensure the music video’s end product was professional.

“I would help them listen to the audio, tell them if I heard anything wrong or like something that they could fix,” Johnson said.

“I helped her with her video lining up lyrics that if you’d hear vocals they’d match up with his mouth movement,” Stewart added. “It’s just back and forth communication.”

The music marketing team will now look to record and mix three more songs. The next could be completed by the end of the month, Peterson said. Hopes are to finish the songs by Christmas.

Ultimately, Peterson hopes the project teaches students the rigors of the real world.

“What it’s like to be in the real world to work on a successful marketing team, like what that’s like, how it comes together and how important each person is at what they do that makes it successful,” she said. “I think the success of this has been motivating. You know how a lot of times, ‘Well, I can’t do that.’ Actually, many of these kids actually want to go into the profession. Landon (Mallo) wants to go into broadcasting. I know Kaleb wants to start his music career. The girl that’s doing the website stuff that’s on right now, Zoe (Adams), that’s what she wants to go into, she wants to go into programming. So this is kind of launching them a little bit.”