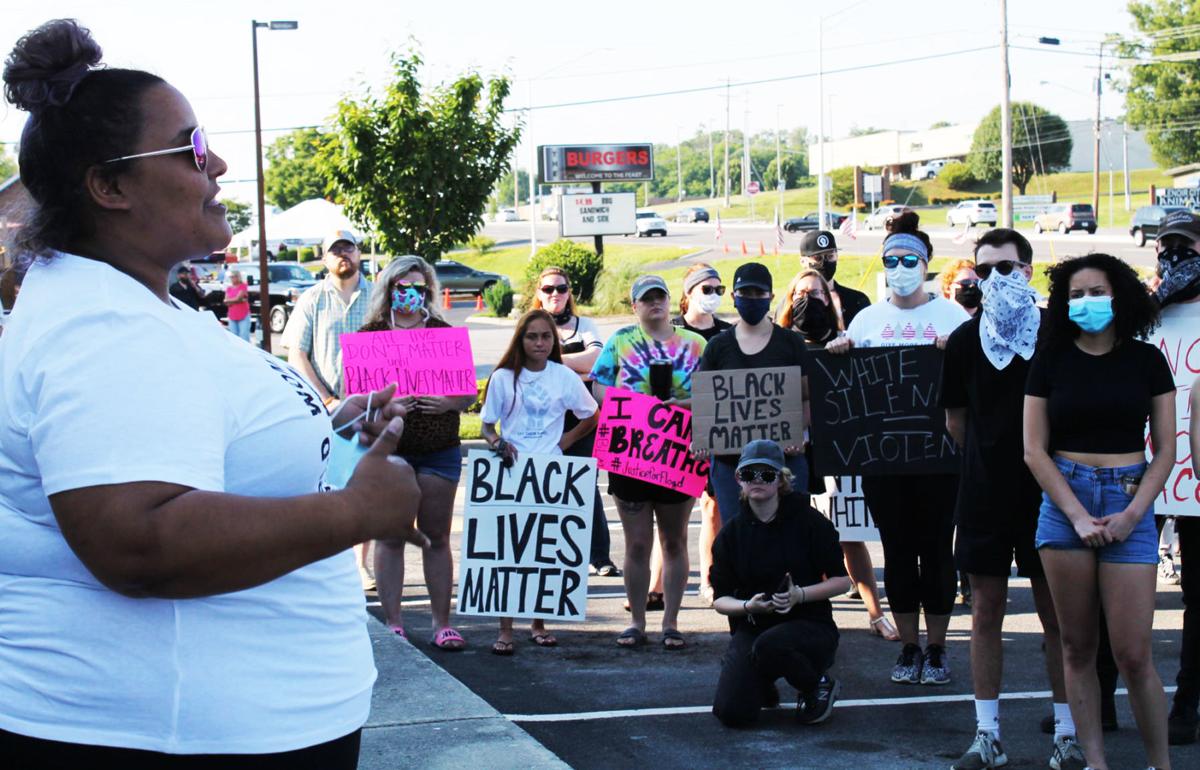 Destiny Danielle, left, speaks to the crowd about her experiences in Loudon County and put out a call to the community to help end racism. 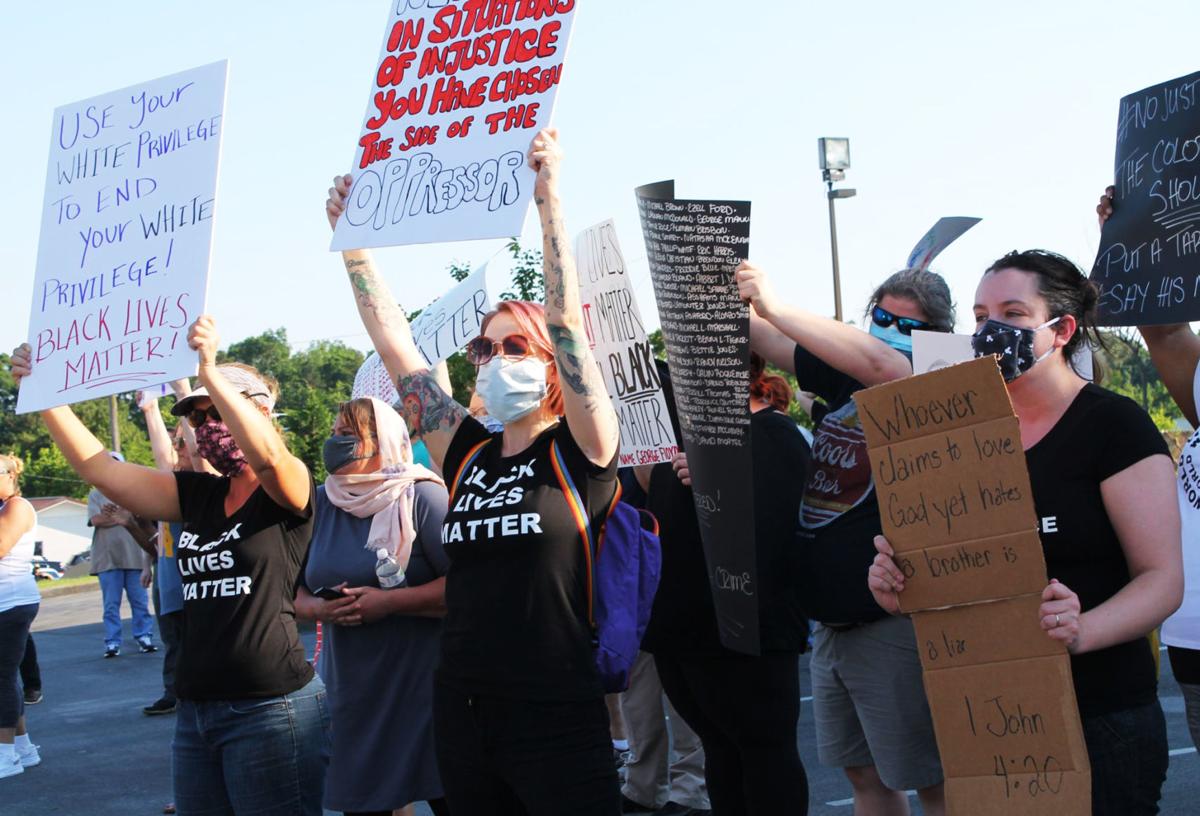 Mary Wells, from left, Katie Dyer and Amy Smudrick stand in the front row to wave signs toward U.S. Highway 321. 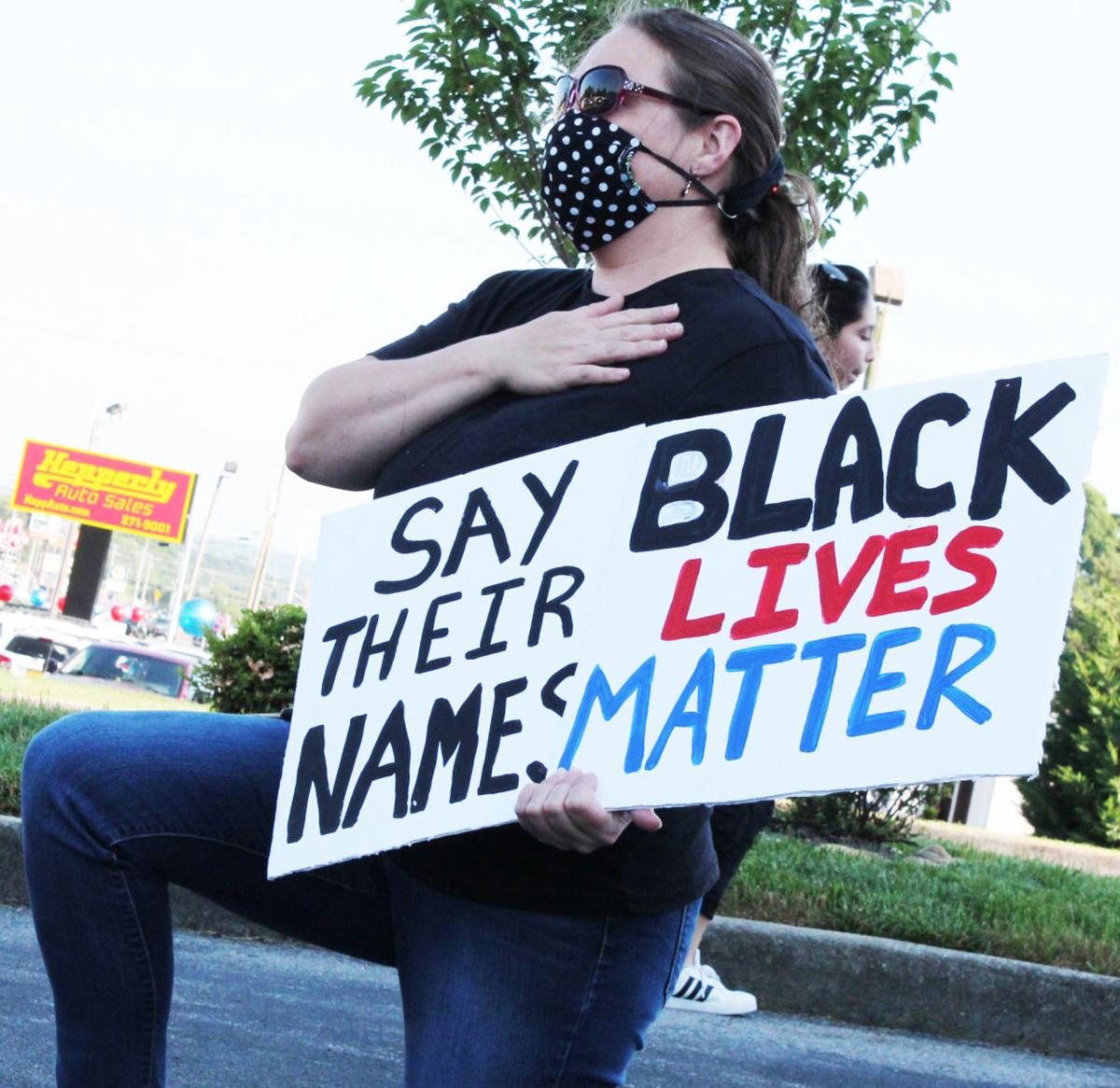 Rachel Foster takes a moment to protest in Lenoir City. 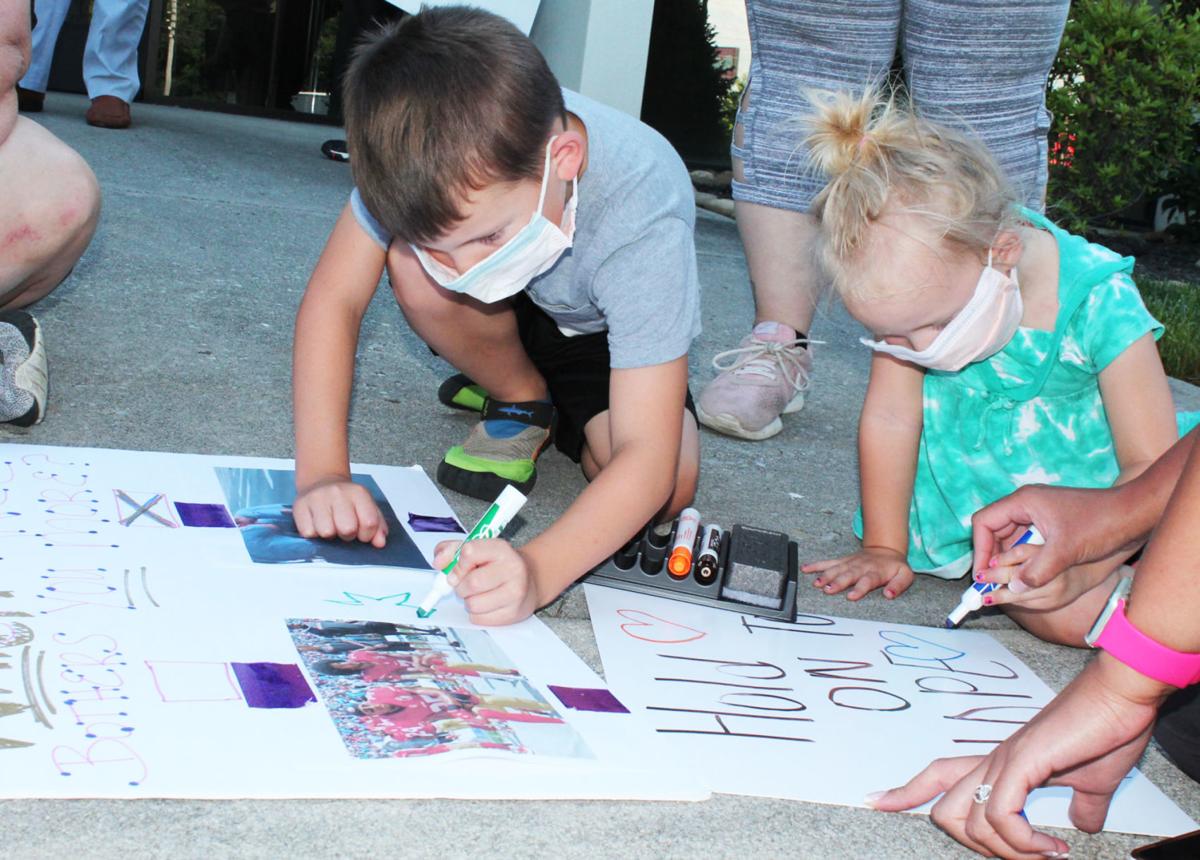 Destiny Danielle, left, speaks to the crowd about her experiences in Loudon County and put out a call to the community to help end racism.

Mary Wells, from left, Katie Dyer and Amy Smudrick stand in the front row to wave signs toward U.S. Highway 321.

Rachel Foster takes a moment to protest in Lenoir City.

A peaceful protest against racism was held June 2 at the Lenoir City Municipal Building.

Local resident Stuart Starr, with the help of the Loudon and Blount counties Democratic parties, organized the “Rally for Justice and Peace” on Facebook.

The protest comes in the wake of George Floyd’s murder in Minneapolis, Minn., and the numerous gatherings across the nation calling for an end to police brutality against African Americans.

Protestors made various signs and between speakers would wave them toward the street at passing cars. Drivers occasionally honked horns in support.

Starr said the decision to hold the rally at the municipal building was in order to keep the group safe. Starr worked with Lenoir City Mayor Tony Aikens.

“I wouldn’t have even done this if I could not let the mayor know,” Starr said. “Mayor Aikens has been terrific about it. He’s been very cooperative, and we’re going to be very cooperative with him.”

Representatives of Loudon County Sheriff’s Office and Lenoir City Police Department were present. Officers stood behind Aikens and the speakers.

“Certainly I’m for a peaceful demonstration, and I think that it’s OK to be heard as long as everything’s peaceful,” Aikens said. “… We want people to express their opinions.”

Starr said having officers in attendance showed a united front between protestors and law enforcement.

“(Local law enforcement) is not the problem, you know,” Starr said. “… Our local police have been very good, and we stand with them, and they stand with us.”

Danielle said she is “lucky” and “blessed” to live in a county where she does not fear for her life when she gets pulled over.

“But who’s to say that’s going to last?” she said. “And what’s to say when I leave this county and go to another one that I still have the same assurances? … I am terrified to have kids. I am terrified when I see a black man sitting on the road right here. Like what’s going to happen to him if he looks at a cop the wrong way? … It’s unacceptable, it’s outrageous and it makes me sick to my stomach.”

Despite peaceful intentions, Starr said there were initially some rumors the protest would turn into a riot and “a lot of people got nervous in the town.”

Jan Hahn, an attendee, said it is important for people to see that peaceful protests are possible and happening. He said national media coverage has been spotlighting riots and looting, which makes it hard for peaceful protests to happen.

Starr said more rallies are being considered. He wants to hold gatherings in Loudon and Tellico Village, but nothing has been planned.

“It was good for the community,” he said. “A lot of folks got to know our police department better, our mayor better. I think it was a great situation for everybody, and we made the whole town look great.”