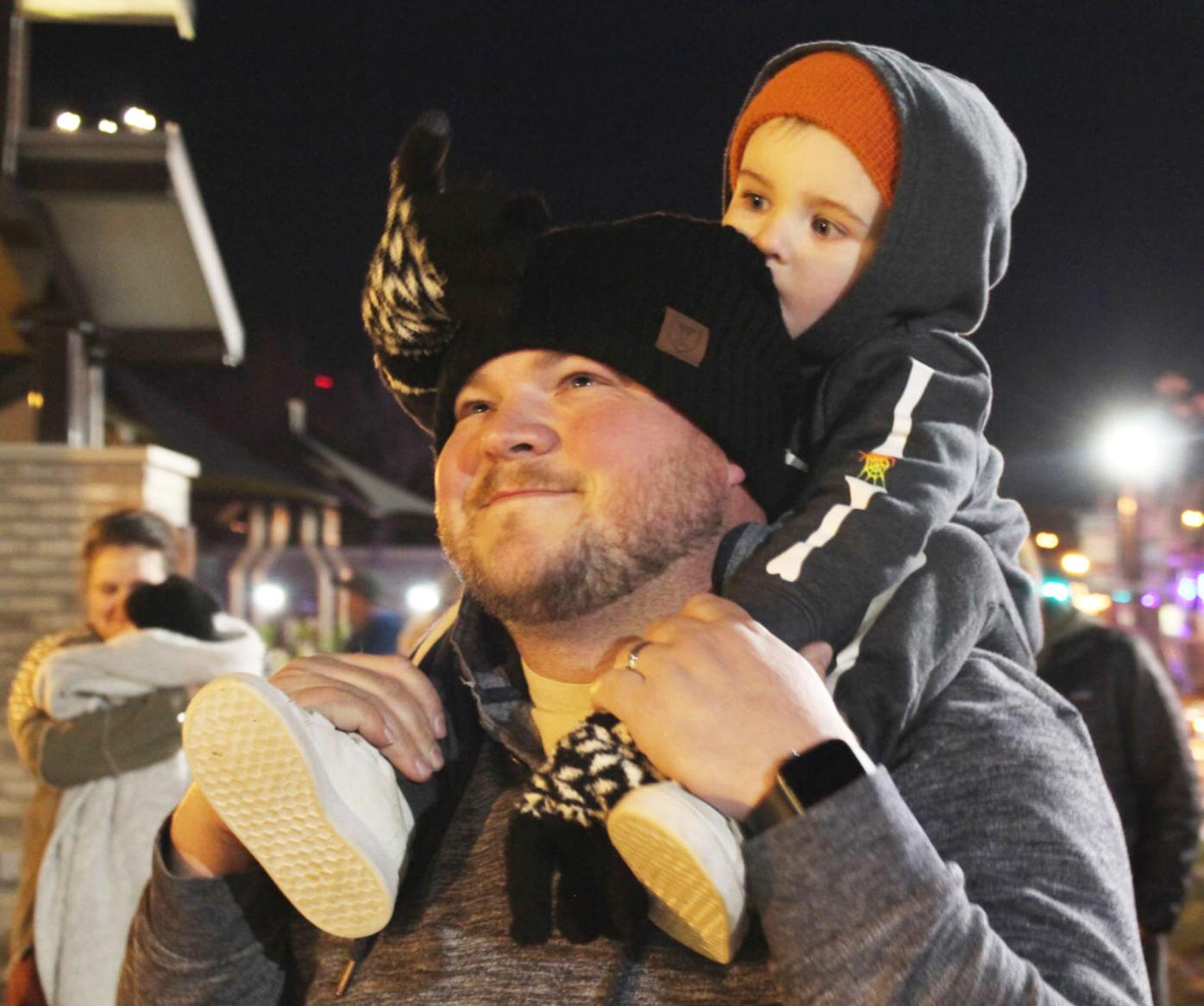 Devvin Howard holds his son, Lucas Howard, 4, while they look at the Christmas tree in Central Park. 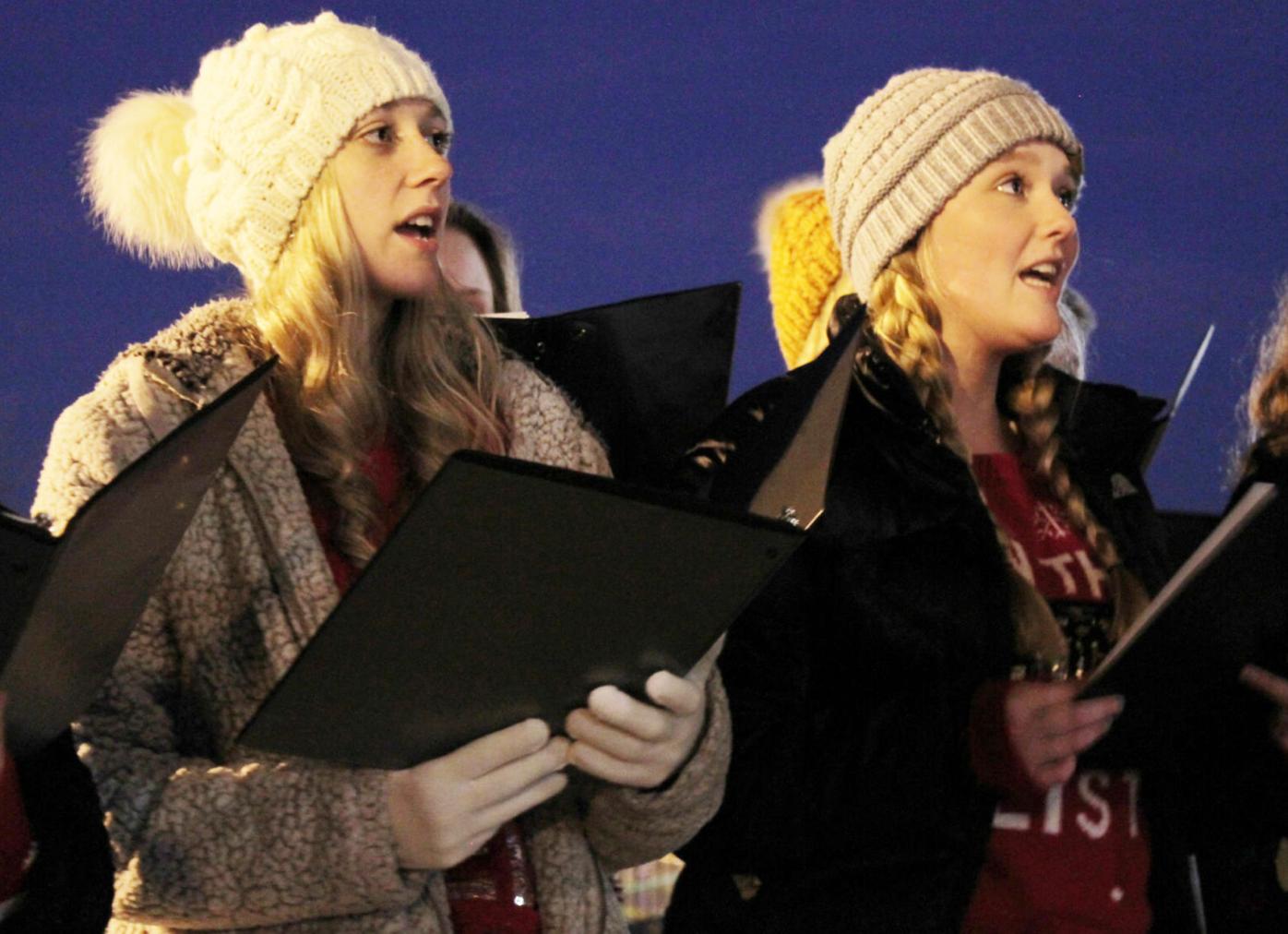 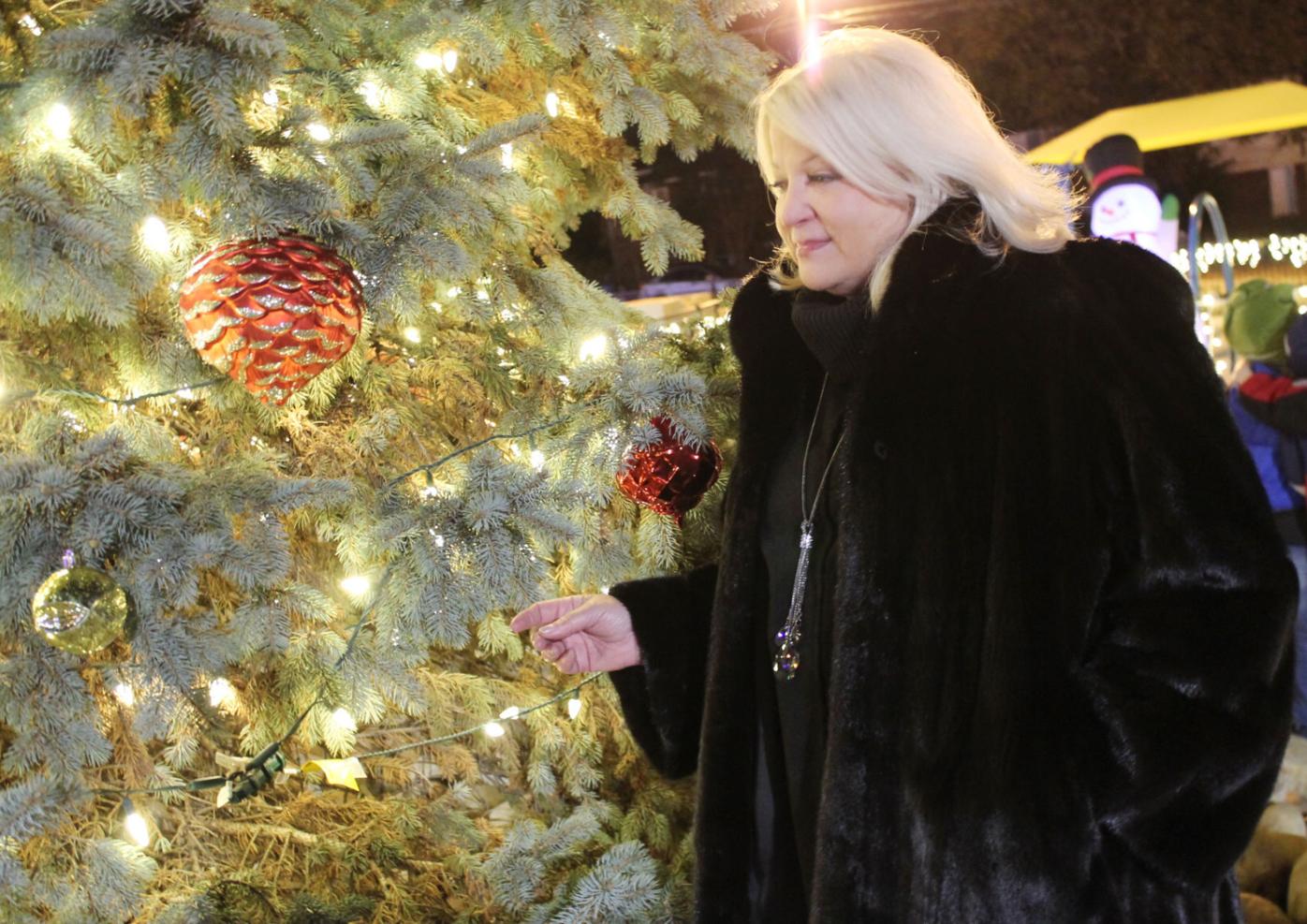 Devvin Howard holds his son, Lucas Howard, 4, while they look at the Christmas tree in Central Park.

With a count down from 10, Lenoir City officials and members of the community lit the Christmas tree in Central Park on Monday and jump-started the holidays.

Crowds bundled up and watched as the park’s lights were turned on and Lenoir City High School’s choir sang carols.

“It’s just something fun that the city and the parks and rec puts on to kind of kick off the Christmas season,” Zack Cusick, Lenoir City Parks and Recreation Department director, said. “We want to make sure that every holiday has its time, so we let Thanksgiving and Halloween pass through and then we’ll be able to light up the park tonight and kick off the Christmas season for the city and the community and just enjoy the lights. Obviously, if they’re not able to get there tonight, starting from tonight on every night we’ll have the lights on for everybody to come and drive through or walk through and enjoy.”

Cusick said lights should be up through early January.

Last year’s lighting didn’t have a ceremony due to Central Park’s construction and inclement weather pushed the ceremony into the War Memorial Building with Evening with Santa in 2019.

“It’s just a great place for the downtown to have an event like this,” Tony Aikens, Lenoir City mayor, said. “As you can see, so many people turned out for it. It’s a great family time and it makes us think what Christmas is all about. I’m just happy and so blessed that we’ve got a place like this. God’s been good to us and it’s just a great time.”

The tree lighting is a favorite for some.

“We’ve had a few families and just some families that I know that have touched base with me and say they enjoy it because their kids are enthusiastic of Christmas season for obvious reasons, but just enjoy the lights and being able to check out the decorations,” Cusick said.

Camille Will came to see her son, LCHS freshman Jase Will, sing in the choir.

“I think Lenoir City is stepping it up,” Camille said. “Just starting have activities for people to come out and enjoy, things to do. All the other big cities around have things and it’s nice that we are having something as well.”

For Kim Parsley and her family, the lighting was a first after moving from West Virginia to Lenoir City in September. She said her former residence in West Virginia had a festive outing on a much smaller scale.

“This is kind of like the start to the season,” Parsley said. “We really love this little town because of things like that. We don’t have this back home. It’s very welcoming.”

The annual Christmas parade is 6:30 p.m. Thursday in downtown Lenoir City. This year’s theme is “The Magic of Christmas.”

“We always get a few floats that try to decorate a part of the theme and if they decorate a part of the theme and they want to be in the contest, they can always join in the contest,” Cusick said. “We’ll have some judges go around and check all the floats out prior to the parade. Then as the parade floats are coming through the parade, we’ll actually announce the winners at the podium whenever they cross A Street and Broadway. But it’s always a fun event. It’s always a huge crowd favorite. The community really comes out for the Christmas parade, especially at night, it makes it a little bit more special and getting Broadway lit up with everybody running through the parade route.”

Evening with Santa is also right around the corner, which is 6-7:30 p.m. Dec. 9 at the War Memorial Building.

“It’s always been a favorite for the community the past few years,” Cusick said. “The crowds have seemed to be growing the past few years, which is always good. But it’ll still kind of be on the same basis as the parade. It’s just something fun for the whole family to do.”

Visitors can expect for the second year a numbering system to help see Santa.

“It helps with the efficiency,” Cusick said. “... In years past before we did a number system, they would just come in and everybody would be afraid of getting out of line and enjoying some of the other activities because fear of having to go to the back of the line, spend an hour just standing there and waiting for their turn. This allows everybody to enjoy the activities. We call their number and get them in line for maybe five or six people in line at the same time and this way it will cut down on people just staying in line the whole time and being able to enjoy all the other activities before and after they get to go through and get to hang out with Santa.”