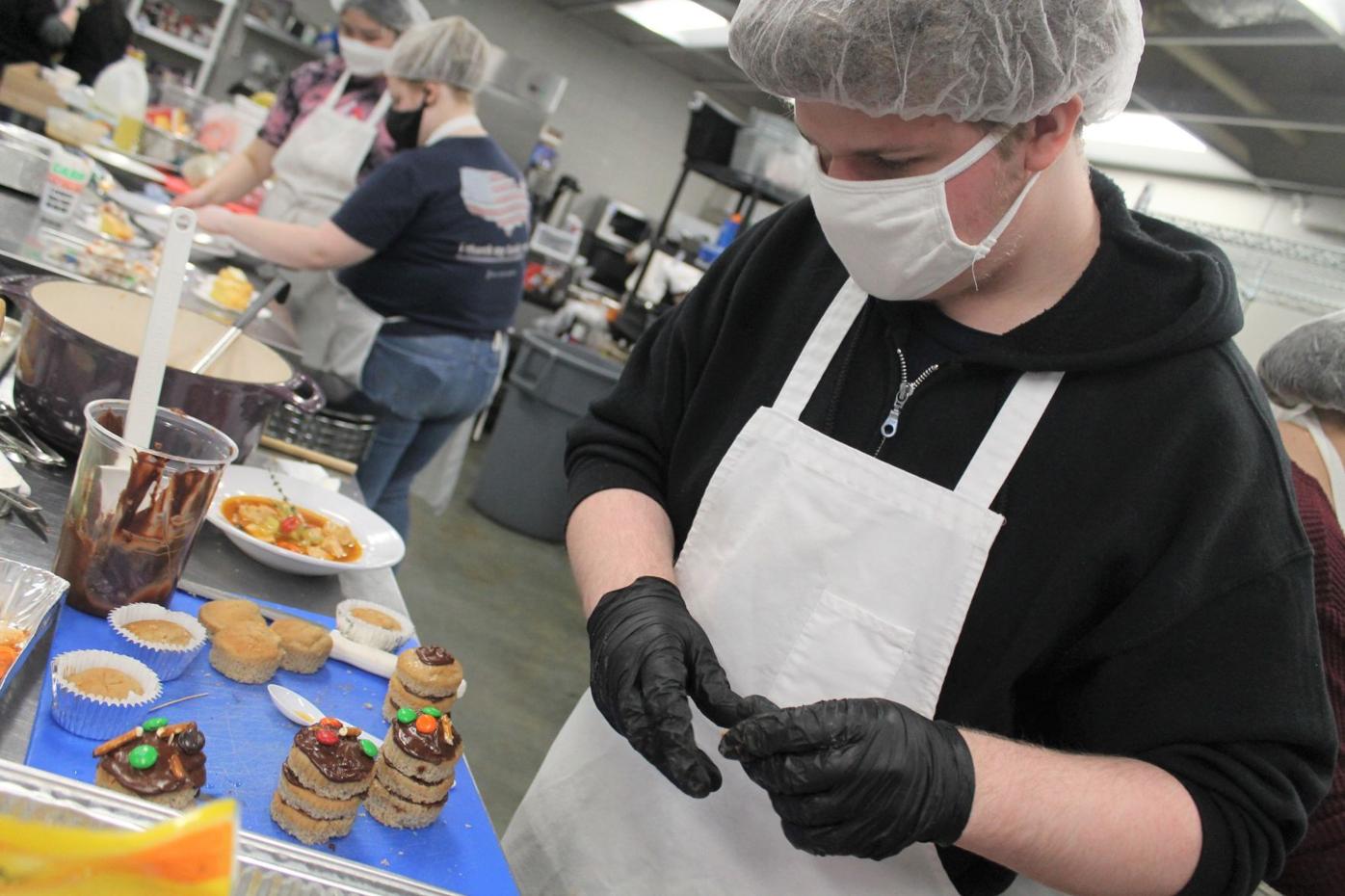 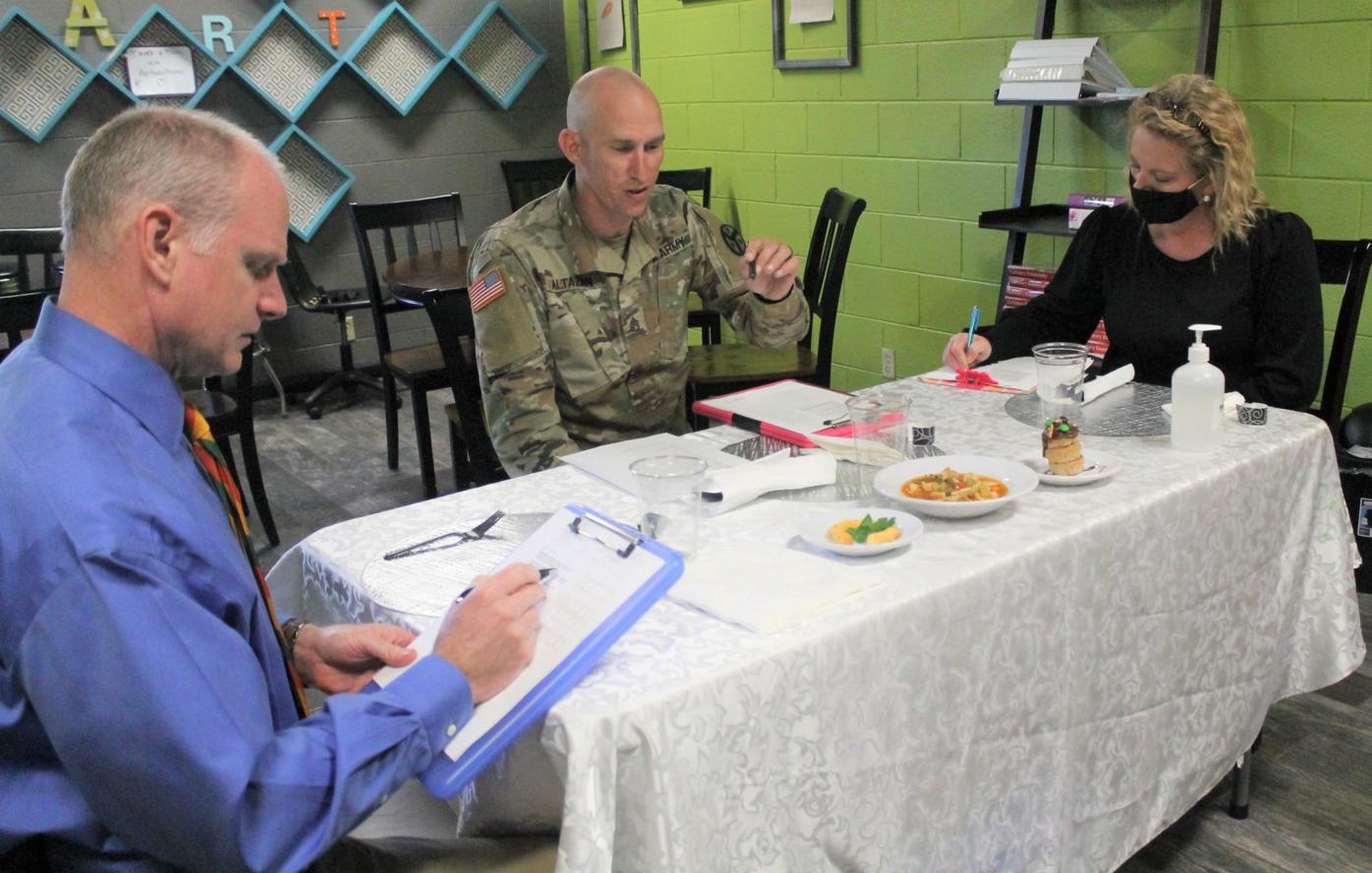 Joslyn Johnson, LCHS culinary arts teacher, this year put a spin on the competition to challenge students with a “MRE Makeover” theme. Students were required to use the contents of military grade meals ready to eat packs to create innovative dishes for a panel of three judges.

Altazan recruits with Sgt. Donna Walker, who comes to the school often to speak to students.

Students were judged based on presentation, taste, execution and creativity. Each team crafted an appetizer, entrée and dessert. Students were innovative by using crackers in spaghetti dishes, applesauce in cake batter and coffee in cake frosting.

“Donna comes to the school to talk to the kids about being in the military, and she came up with the idea and offered it to me, and I thought it would be excellent,” Johnson said. “That’s where we got the idea from. … Every year I’ll do a cook-off. This was the first time we’ve done an MRE.”

The two-day competition let all students in alternating schedules participate.

“I went to him to see if he would be one of my mentors, and he said, ‘yes’,” Johnson said. “And they’ve just been sponsoring us and helping us, talking to the kids as a speaker, talking about being a general manager, where he started and where he is now. They’re a great support. We had a Christmas party there, and I hope to continue to have them on board with me.”

Orr believes competitions like Johnson’s are important in curriculum.

“I think any time you insert competition into learning it just ramps it up a little bit,” Orr said. “The kids take it more seriously because there’s something on the line for them. It makes it more fun for them, too, and this is a fun class anyway, so it just adds another layer to that enjoyment. Their effort goes up I think.”

Conner Pippin and Philip Marlino teamed up for the competition. Both said they learned about timing, improvisation and quick thinking.

Marlino has practiced cooking in his family’s restaurant for the past year.

Pippin’s idea for mozzarella bites had to be quickly transformed into parmesan twists because the duo didn’t have mozzarella. Although stressful and under a time crunch, they worked through the problem.

“I definitely enjoyed myself,” Pippin said. “I figured out I have a real passion for the kitchen, majority baking, around last fall when I just randomly signed up for this class. I instantly fell in love with it.”