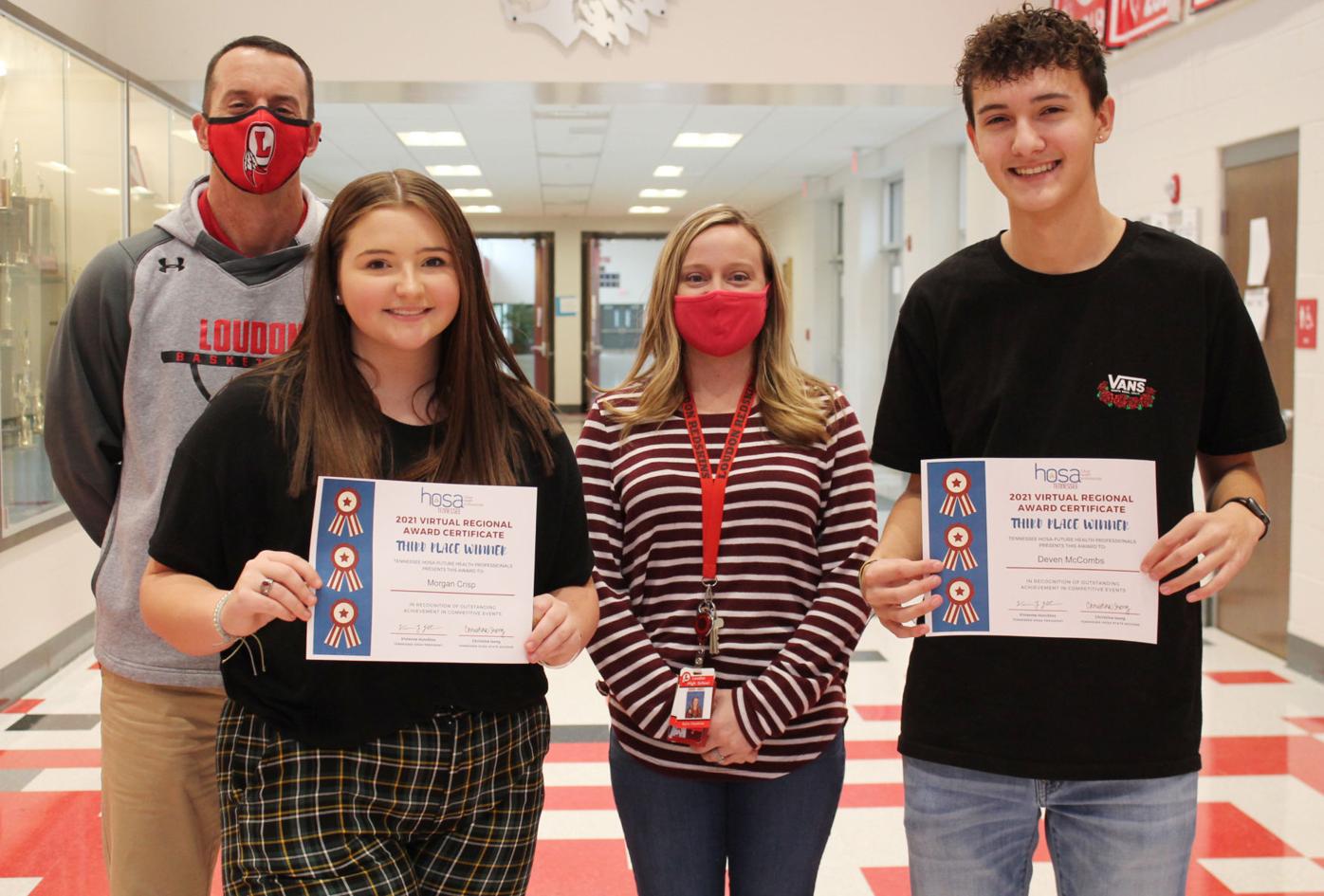 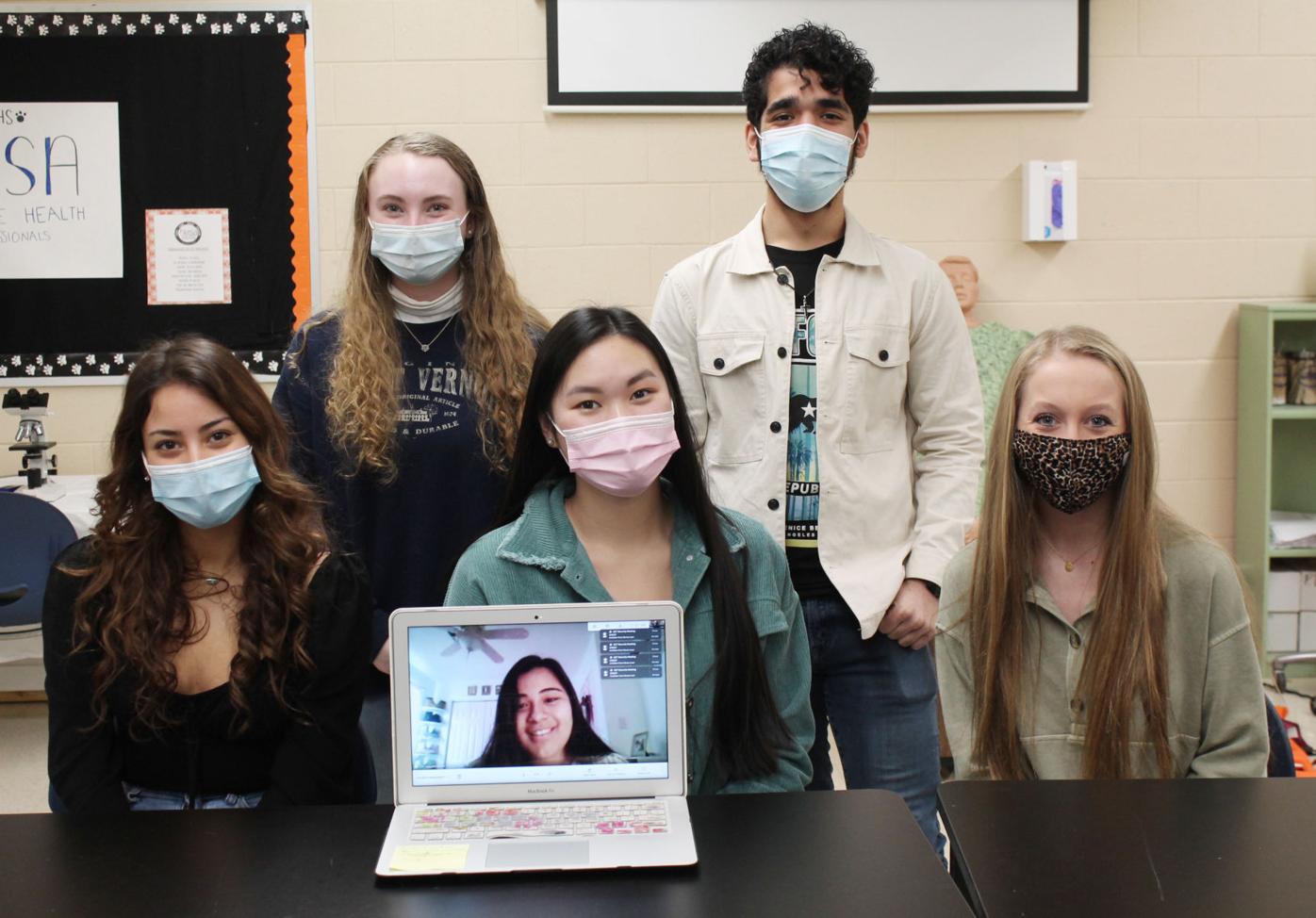 The state leadership conference will be March 22-24 in Knoxville in a virtual format.

“HOSA is our career technical student organization,” Jennifer Kuth, LCHS HOSA advisor, said. “Students who choose and participate in our competitions, and we don’t call it competition, we call it leadership event. Some of those events allow students to perform skills in front of a judging panel and they have a rubric that has the steps and the kids have to memorize these things. Some of the events allow for students to prepare written articles or artifacts and submit those to the judges. Some of the events are just a knowledge test. This allows students to learn skills and how to perform them properly, and it also teaches them how to follow procedure.

“… It’s just a good opportunity for the students to learn real-world stuff,” she added.

This year required a virtual format due to the pandemic, which made preparation difficult.

The success caught students a bit off guard.

“I found it as a really big surprise because I was doing a group activity, so all of our scores were compiled together and averaged I believe,” Joy Echols, LCHS student, said. “We weren’t just really expecting to do as well as we did, and so that was a good surprise.”

Each had their own challenges. For Dursun Asik, it was handling the depth of questions.

“We were told to study these topics, but we were doing biomedical stuff, we were trying to look at genetics and genetically modified babies and stuff like that,” he said. “Our tests were so incredibly in depth we had to look at certain cases. It was crazy.”

“I think it was just because of COVID we didn’t know if we were going to have anything,” Scheffer added. “We were told kind of late when the test was going to be, so we didn’t have as much time to prepare as we typically would in a non-pandemic situation.”

“These two that did place in the EMT decision through HOSA have been students of mine through the cardiovascular services program that we started offering,” Kylie Hawkins, LHS HOSA advisor, said. “They’ve kind of been through all the CPR, first aid and getting to essentially to the competition, so they’ve been prepared through their classes that they’ve been taking. They’re just really high-performing students, so they took a lot of time on their own studying independently outside of class to prepare for the exam.”

Crisp and McCombs were two of six students who competed in the regional competition.

Hawkins also serves as a Priority Ambulance paramedic, so seeing students do well in EMT has her “thrilled.”

“I’m so glad that EMT was our placing division. I was so proud of them,” Hawkins said. “I kind of told them from the beginning when they signed up for this one, I was like, ‘This test and this part of the competition is honestly one of the harder ones.’ We had a couple try for it last year and we had a couple try in the CPR division and I was like, ‘It’s really competitive,’ so I really wasn’t kind of trying to build them up and have a false sense of, ‘We’re going to do really well.’

“I was really trying to explain to them how intense it is,” she added. “When I found out we got third I was over the moon.”

Preparation for state won’t change much.

“We’re basically using our online resources and my brother and some family friends are in the EMR field so they’ve been helping out a lot, as well as Ms. Hawkins,” McCombs said.

Both are interested in a similar career after school. HOSA helps give them a glimpse into what their future might be.

“I think it gives you a look into what it’s really like, because all the stuff that you have to know is stuff that you’re going to need for the field that you want to be in,” Crisp said.