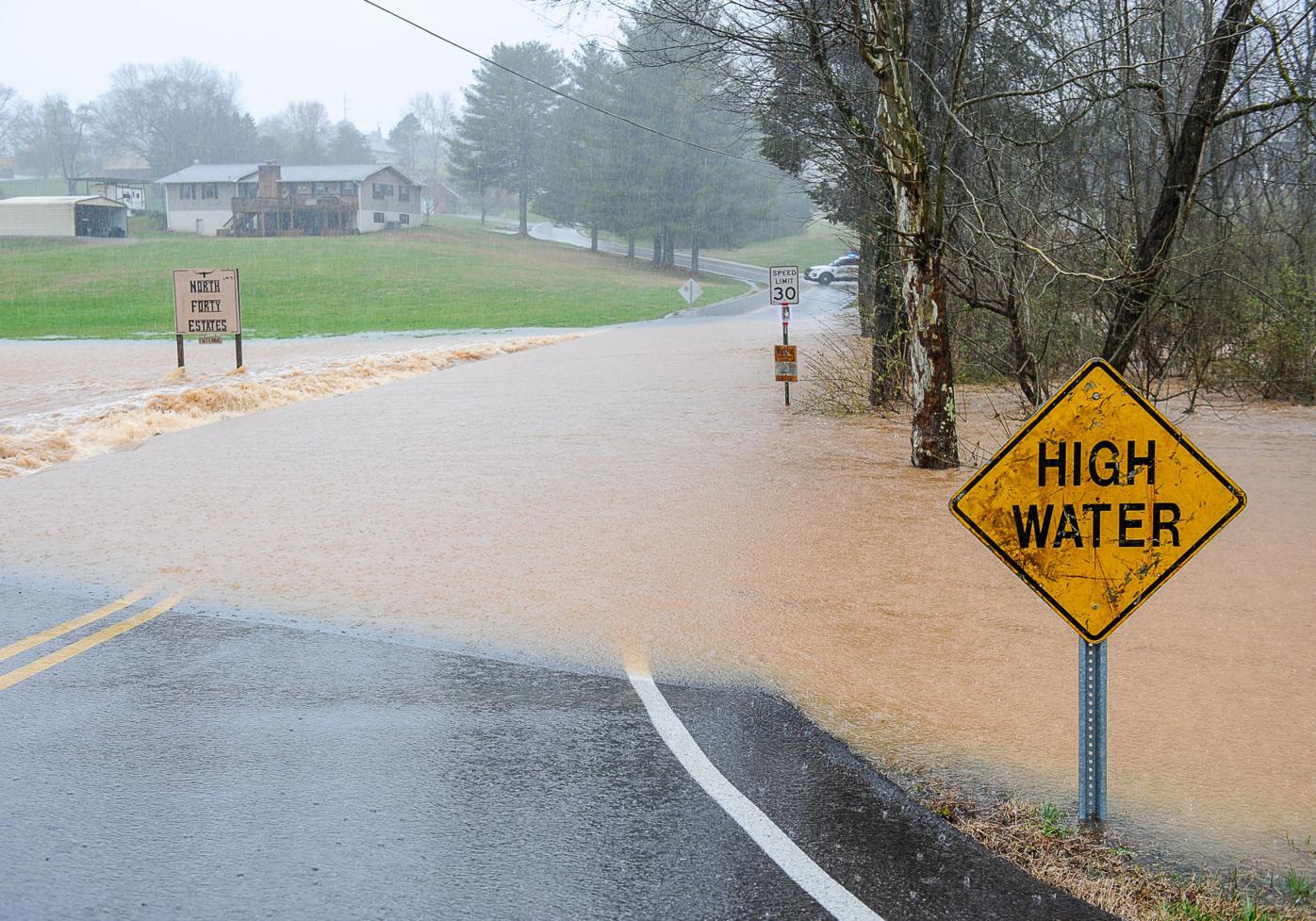 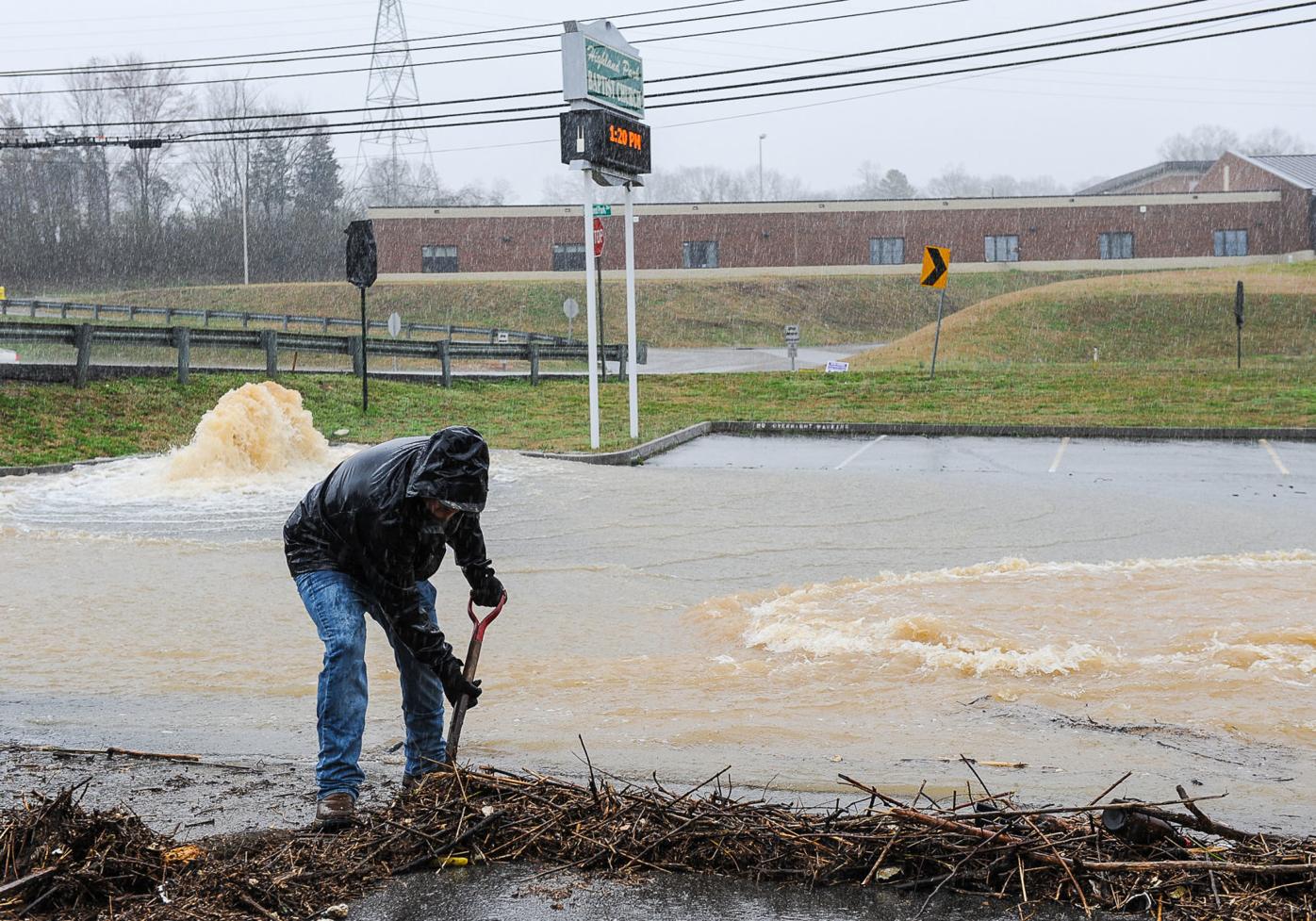 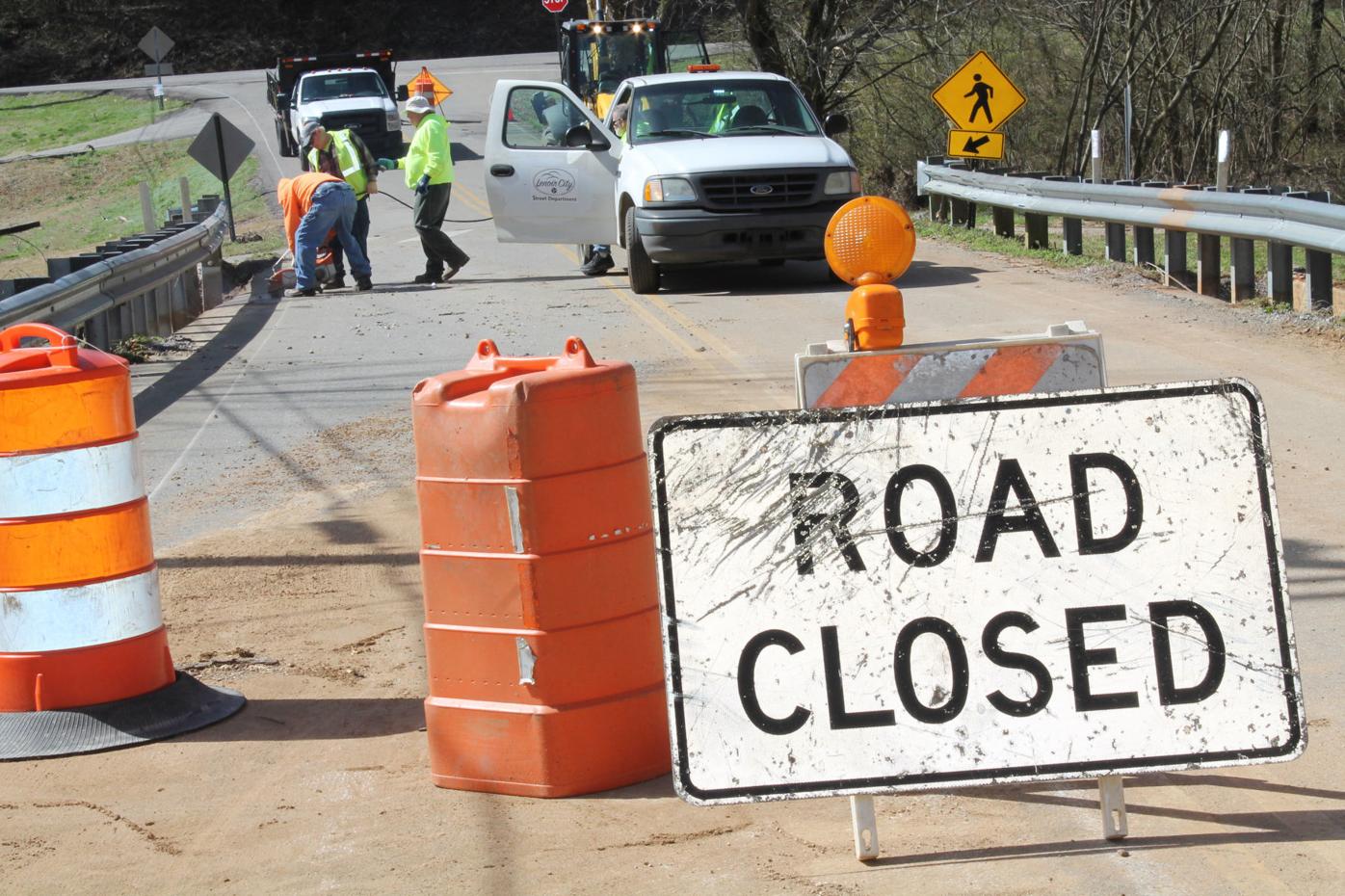 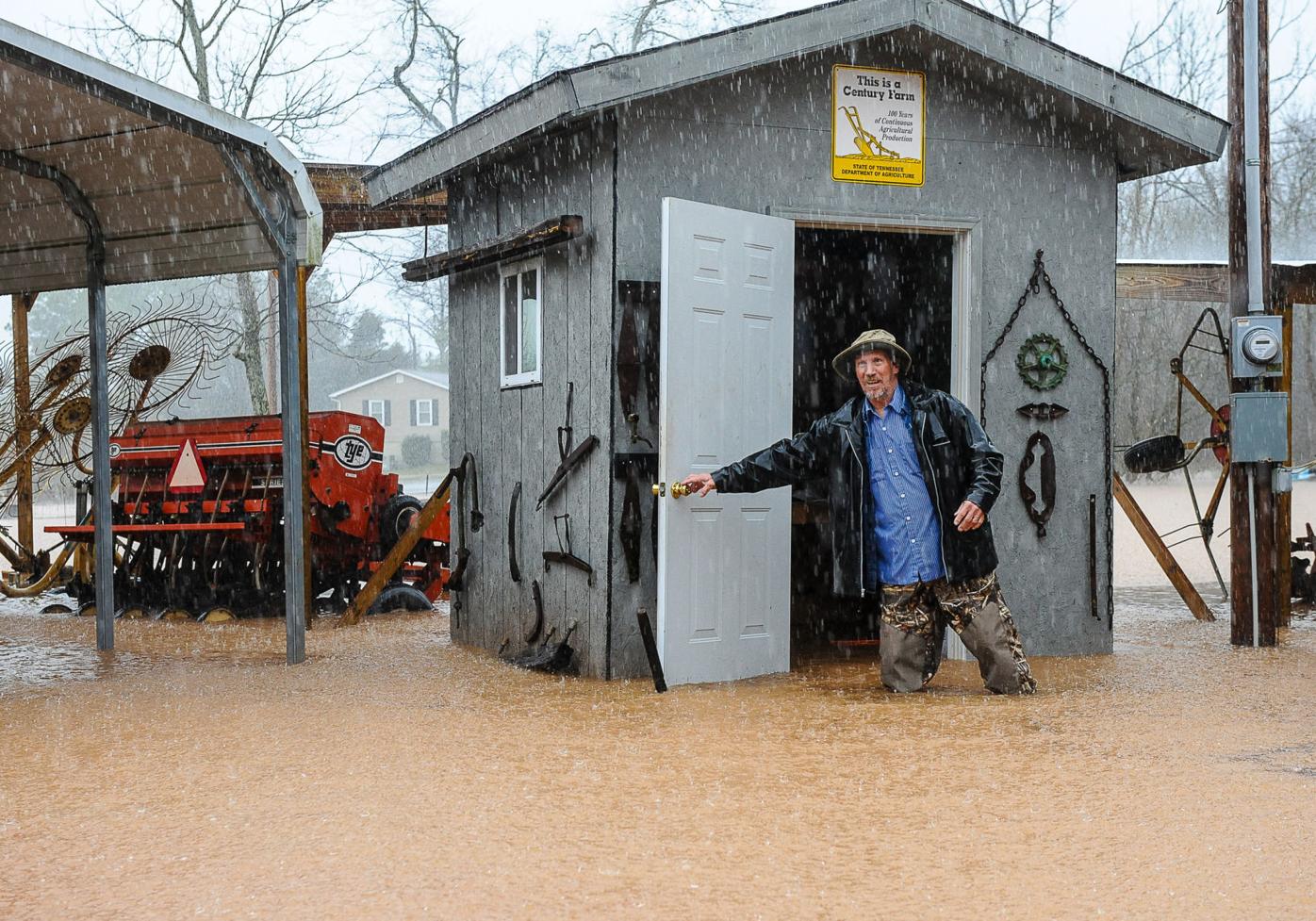 Loudon County Commissioner Van Shaver stands in knee-deep water as he moves equipment on his farm in Lenoir City. 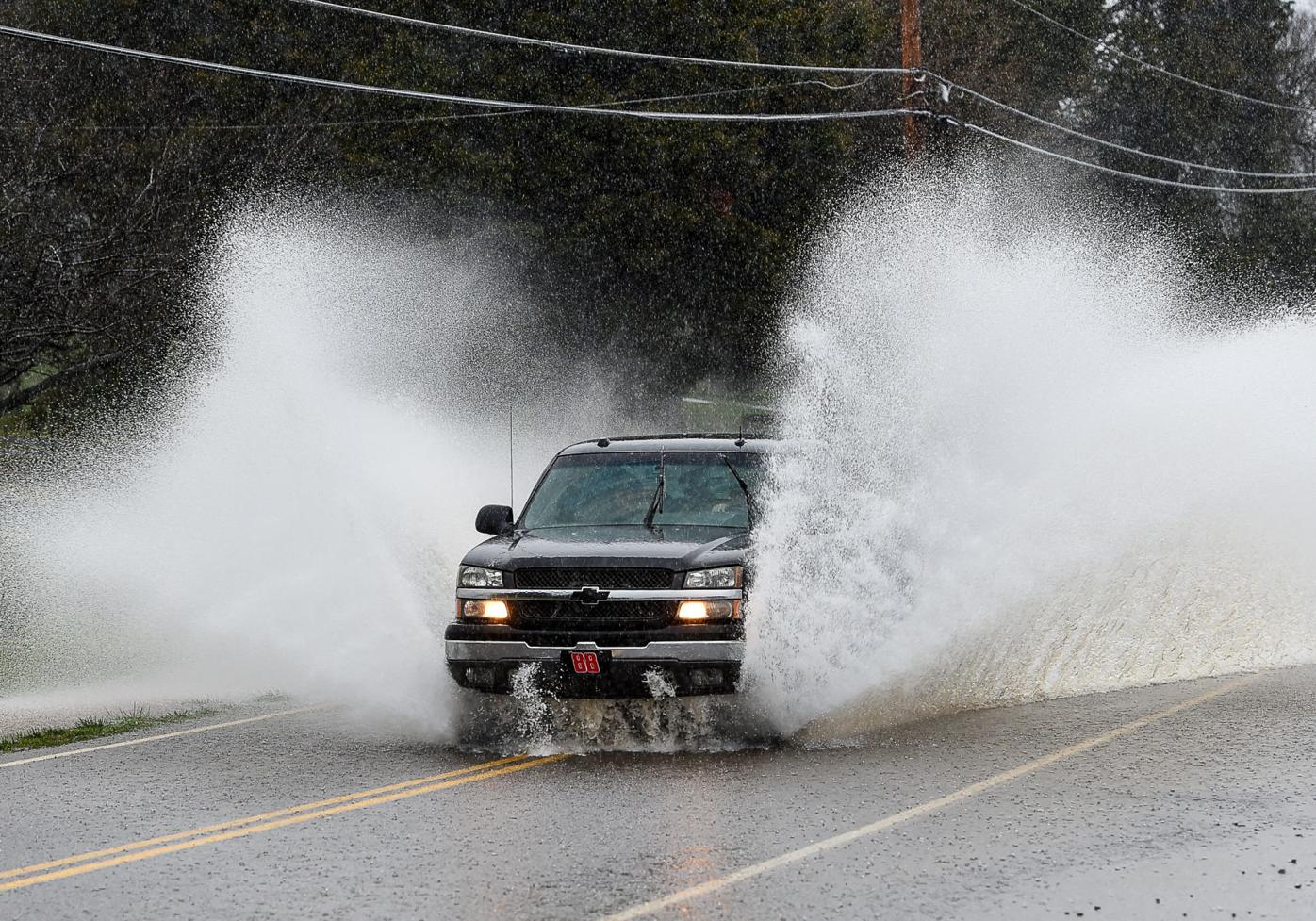 A vehicle drives through flood waters on Martel Road. 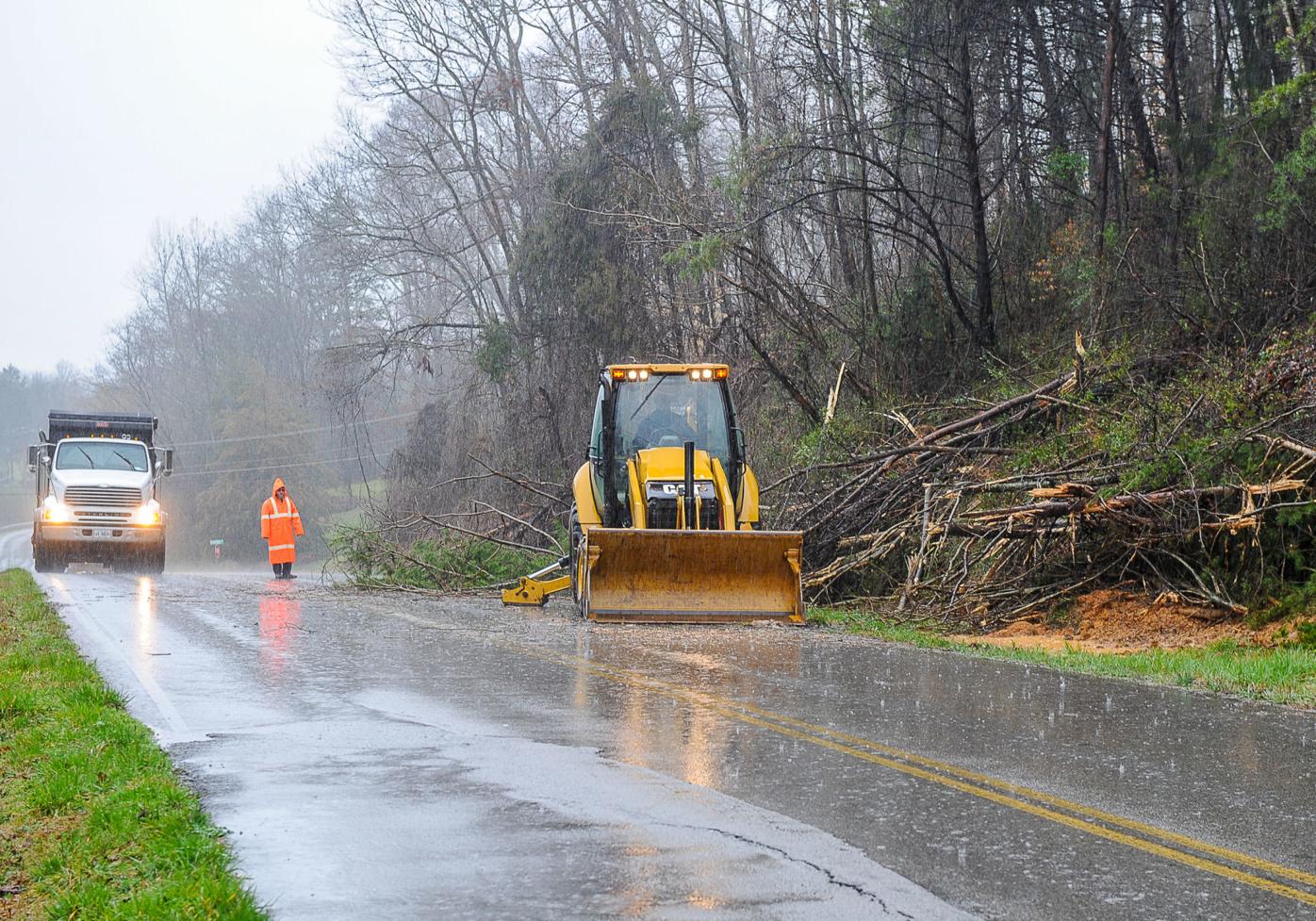 Loudon County Commissioner Van Shaver stands in knee-deep water as he moves equipment on his farm in Lenoir City.

A vehicle drives through flood waters on Martel Road.

Heavy rains overnight Friday and for much of Saturday led to flooding throughout Loudon County.

“I’ve been here 25 years and that was probably the worst flooding to see, especially out in the Duff Turner area,” Jimmy Davis, Loudon County Sheriff’s Office chief deputy, said.

From 7 a.m. Friday through 7 a.m. Sunday, different areas of Loudon County experienced between 6 and 8 inches of rain, according to the National Weather Service. Multiple inches of rain also fell throughout the week prior.

“It takes probably a lot less water than someone might think to lift their car up off the road and wash it away,” Davis said. “Luckily we didn’t have too bad of incidents.”

There was a swift water rescue Saturday on Town Creek Road West in Lenoir City that involved LCSO and the county’s dive rescue team. A man and his dogs were taken to safety when waters rose around his home.

LCSO plans to patrol areas in the days to come where families have been forced out by flood damage.

“If anybody does have anything they would like us to keep an eye on … they can call us here at the sheriff’s office,” Davis said.

County road crews were busy over the weekend. As of Monday there were “probably a half dozen” roads around Loudon County closed to one lane as a result of Saturday’s rainfall.

Crews also had one sinkhole to repair but no major structural issues.

“Our road structure is solid everywhere,” Eddie Simpson, county road superintendent, said. “… We haven’t had any major issues with road structures or something like that going away. It’s been a blessing on our part that we can say that. Driveways is a different story. I bet throughout the county we’ve got about 200 driveways that are washed out or partially washed out. We’ve spent all day today trying to help folks that are right of way. … We want them to be able to get back in their house.”

In Lenoir City, flooding along Town Creek caused significant damage. A section of Simpson Road that crosses the creek remained closed into Tuesday as crews worked to repair erosion that could make the crossing unsafe.

“We had some erosion there on Rock Springs Road and at the park … along with Simpson Road,” Tony Aikens, Lenoir City mayor, said Monday. “We’ve got crews down there repairing Simpson Road as we speak. He’s going to try to get to Rock Spring today. It may be tomorrow before we get to it.”

There was also flooding in downtown, something Aikens said has not happened with such severity in 25 years.

On Lee Drive in Lenoir City along the riverfront part of the shoreline collapsed over the weekend.

Harry Jackson, who lives at a home near to the river, saw parts of the shoreline begin to fall away Friday. A tree fell into the water and pulled away a significant portion of earth Saturday.

Jackson worries another tree could go if there is more significant rainfall and potentially damage his home.

“We’re scared of it,” he said. “... This was our dream retirement home and it’s raining on our parade.”

Lenoir City Utilities Board has a pump house near the spot with some piping that could be in danger if more ground collapses.

LCUB has reached out to Tennessee Valley Authority and is in the process of contacting the Army Corp of Engineers to find out what steps can be taken to remediate the issues along the shore, Shannon Littleton, LCUB general manager, said.

Otherwise, LCUB’s biggest focus in recent days has been helping restore power to some customers who experienced outages as a result of the weather.

“I have seen from the last couple of days some of our customers who have sustained damage to their homes and businesses,” Littleton said. “That’s a terrible sight for us to see. We’re doing our best to restore power, which we have in most of those situations. Some of them we won’t be able to restore power until some remediation is done.”

Loudon also experienced significant flooding Saturday in areas around Steekee and Sweetwater creeks, including flooding in the city’s parks.

“We worked diligently, at least the public works department did, to keep the drainage tiles clear,” Ross said. “So we’ll kind of circle up and evaluate it later this week when all the drainage is done.”