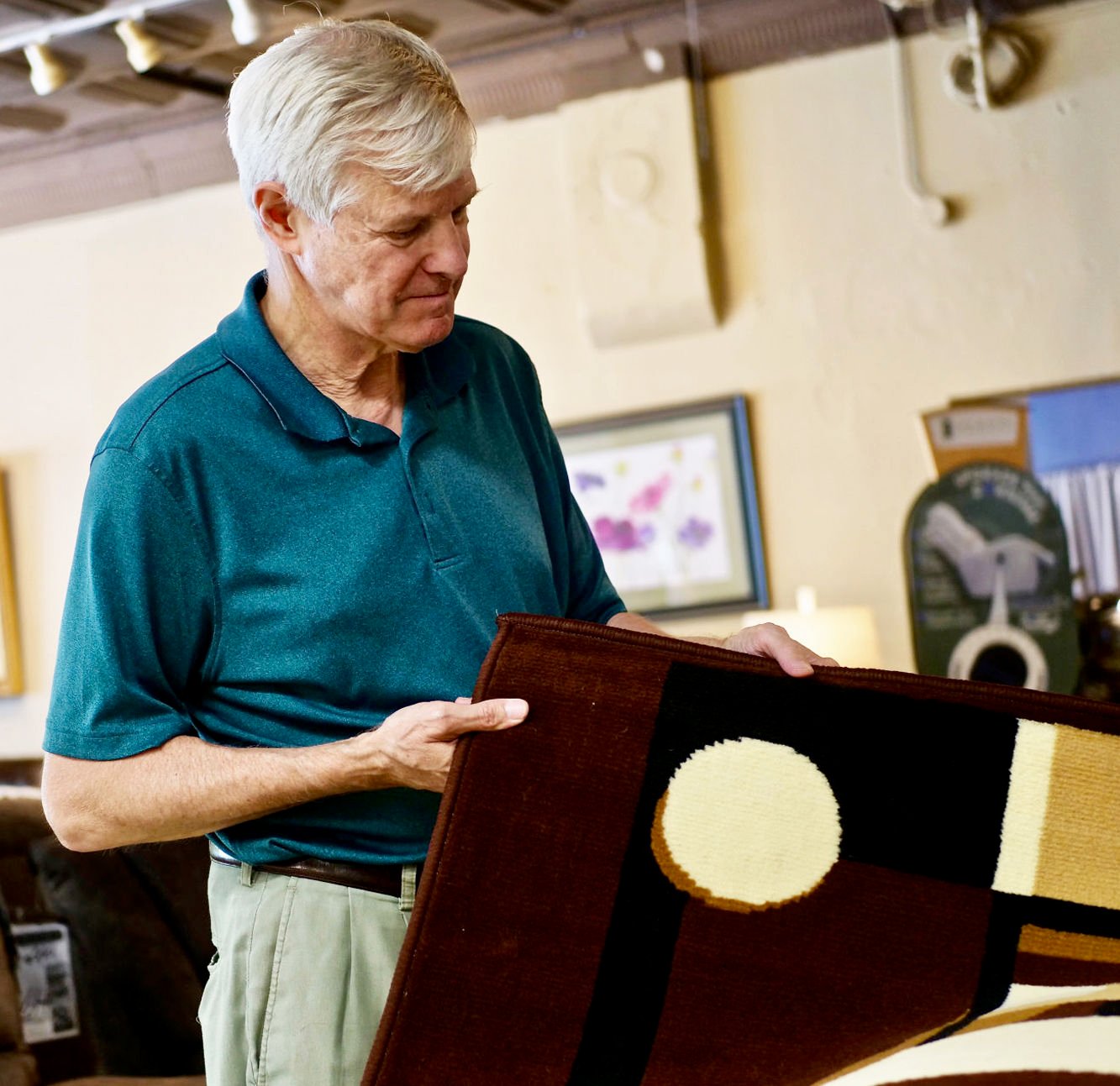 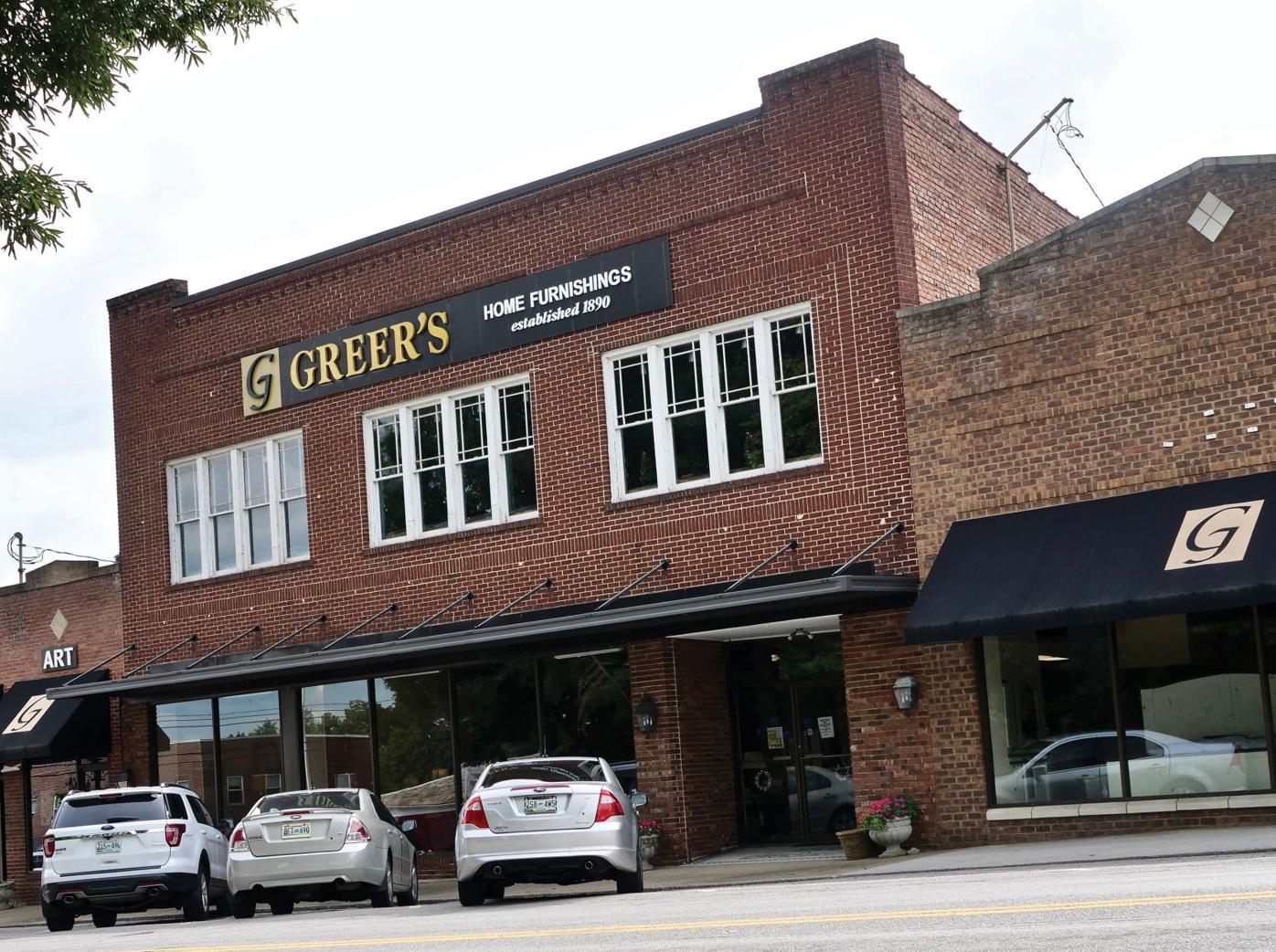 Greer’s Home Furnishings in downtown Loudon is celebrating its 130th anniversary this month.

Greer’s Home Furnishings in downtown Loudon is celebrating its 130th anniversary this month.

Patrons in Loudon County have stopped by and shopped at Greer’s Home Furnishings in downtown Loudon more than usual this month to help commemorate the store’s 130th anniversary.

“Now August with the 130-year celebration, it’s the best month of all so far,” Bo Carey, Greer’s owner, said. “We are buying up furniture and mattresses as fast as we can. They are shipping slower, our suppliers cannot get the merchandise to us fast enough. A number of stores that I talk to around the country don’t have products. We, fortunately, gambled and bought heavy thinking there would be a recovery, and so that’s the bottom line.”

Greer’s faced a daunting challenge in the spring when the COVID-19 pandemic halted business but has since recovered and beat sales records.

“In late March and early April, it was devastating to our business,” Carey said. “Our sister store, The Shoppes on the Square, they actually closed down for all of April, a little bit of March and part of May and so their sales were zero — it impacted us in a big way. Once we came back in May, both The Shoppes on the Square and Greer’s Home Furnishings have flourished. May and June were actually 56 percent above last year’s May and June. July was still a big improvement over last July. Our customers have been supportive.”

In 1890, John Greenway Greer opened a storefront on Grove Street in downtown. Products included home commodities and farm implements to serve farmers and other local shoppers.

Greer introduced his brother-in-law James Carmichael as a business partner in 1900. Both men in 1914 built an extension at 604 Grove St. — the first of several on the block across from the historic Loudon County Courthouse.

Hamill’s son, Bo, now carries on the family legacy as a fourth-generation owner and manager of the state’s oldest furniture store. Hamill still finds his way around and is often reminded of how much has evolved in 66 years.

“There’s so many changes, and when I got here in 1954, the main entrance was right in the center of the two store buildings,” Hamill said. “I think it was in the 1960s when we tore that out and put the entrance where it’s at now. When I came in here, it was all hardware all the way back down in the back warehouse and housewares. This wall was all full of refrigerators, and, at one time, we had shelves of pots and pans. At Christmas time, we moved it and had all kinds of toys in here — bicycles, tricycles and big-time Barbie dolls.”

He credited the store’s success to employees and community support.

“It’s one thing that the family gets along together, but the main thing that it goes back to that I keep harping on is that somebody must’ve been doing something right or we wouldn’t have had customers for 130 years,” he said. “Of course, it’s a completely different kind of customer now because they’re looking for La-Z-Boys and mattresses. They’re not looking for us to cut glass to put in the window or mix paint colors or sell them a plow share or a John Deere tractor or a Magnavox television.”

Learning to adapt and change with the times has helped Greer’s survive.

“We’ve constantly changed, and I don’t take credit for that because my ancestors three generations prior to me were very aware of changing times,” Bo said. “They were resilient — they survived two World Wars, the Great Depression and many other financial crises. More importantly, they changed with the times. My great-grandfather was operating basically a general store that had some furniture and mattresses, but their customers were farmers. They were being paid by butter and eggs and animal skins and hides instead of cash, but as time went on they started selling electric refrigerators and appliances and then became a hardware store with a furniture store on the side.”

By the turn of the century, the hardware department was sold to another retailer and the company dedicated its product mixture to furniture and mattresses. The store has also had success in selling Big Green Egg grills and modernized, name-brand furniture and decor pieces.

Greer’s serves as a shopping destination for people looking to avoid the crowds and traffic in Knoxville.

Mark Harrell, Loudon Parks and Recreation Department director, has shopped at Greer’s for many years and enjoys the down-to-earth atmosphere.

“I’ve always been a supporter of the local hardware and furniture store that Greer’s provided,” Harrell said. “I’m also friends with John C. Greer, and that’s Bo’s first cousin I think. Of course, Bo and all of his brothers and I are all friends, so it’s always been a good family atmosphere. I’ve always appreciated buying local and have always been treated fair by the Greers and the Careys.”

Greer’s has adapted a business model that can now compete toe-to-toe with online retailers such as Amazon and Walmart.

“We find ways to either beat (online competition) or join them and use our strengths or find ways to sell online ourselves,” Bo said. “We have advantages over the Knoxville stores, the chain stores, the big box stores. People in this area want to spend more time at home and less time traveling, so fixing up their home is valuable. What’s evolved in Loudon County is not only the abundance of retirees here, but also the abundance of Loudon countians have told us, ‘We want to shop with independent retailers instead of the big box stores. We want to save money’.”

Jeff Harris, Loudon mayor, believes Greer’s is a staple within the county and downtown Loudon.

“I think it’s just a testament to their family, and they’ve been in Loudon as long as I can remember,” he said. “I think they’ve adapted with the times, not only with one generation, but with multiple generations and continued to provide that service and retail experience for the residents in Loudon. I think that’s a testament to the commitment to our community.”

Harris said a proclamation to honor Greer’s is being discussed.

“It’s something we’ll discuss some more and maybe together for our September meeting just to honor them for their milestone here of being in business for 130 years,” he said. “In today’s time, businesses come and go in the blink of an eye, and to have someone have a business for 130 years, just anything short of that is remarkable.”

Bo wants to continue managing Greer’s for as long as possible and hopes the business will remain in the family down the road. He said plans are to add a public art gallery within the next year.

“I anticipate working here for another 20 years based on my father’s longevity and his ability to keep going,” Bo said. “At one time, I got frustrated but now I’m just super pumped and excited about the growth in the county and the growth of downtown Loudon. A lot of new things are going to be coming here in the next year. We’re seeing the growth and seeing tremendous new visitors. I’m really excited about the future.”