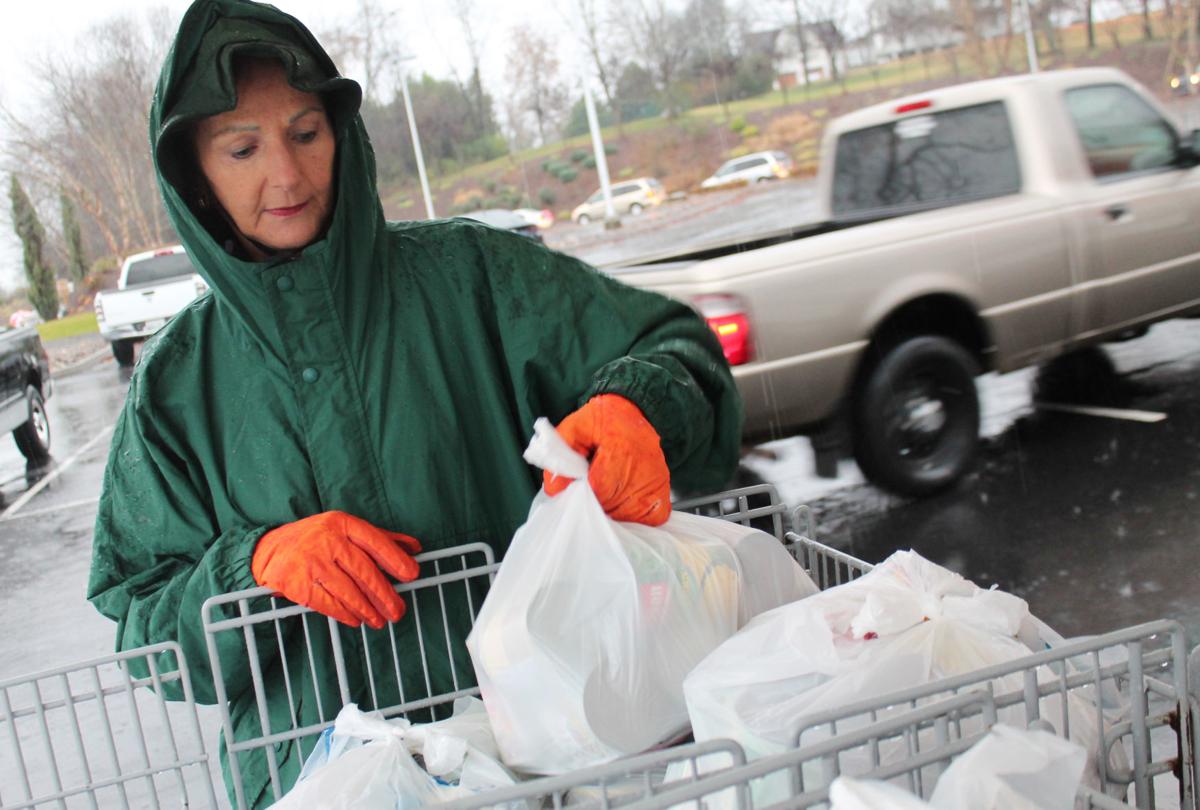 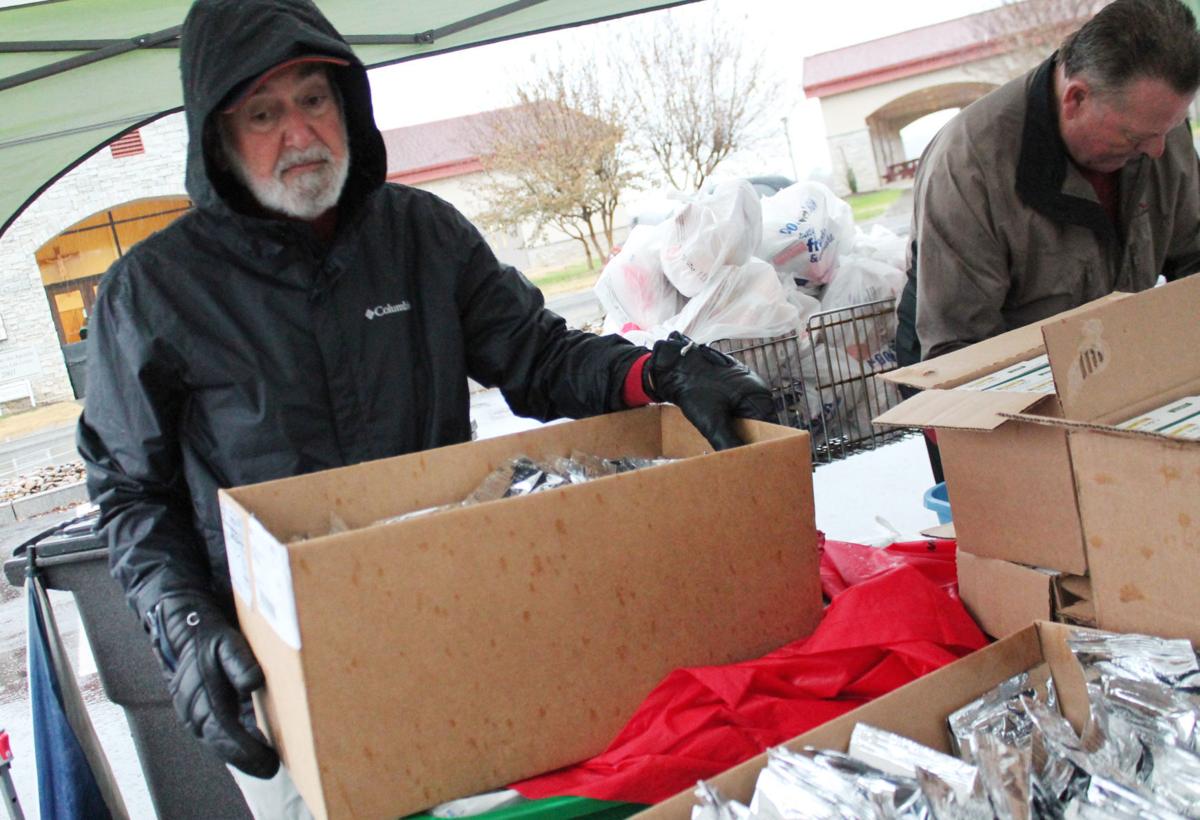 Good Samaritan Center of Loudon County volunteers gathered under tents in an attempt to stay dry from heavy downpour while getting set for the nonprofit’s annual Thanksgiving basket distribution Saturday morning in the St. Thomas the Apostle Catholic Church parking lot. Andy Hadjian has been a Good Sam volunteer for a decade.

“We want to give back to the community,” Hadjian said. “These are folks that probably wouldn’t have a Thanksgiving dinner if we didn’t do this.”

Volunteers greeted drivers and helped give out bags filled with a variety of food, including collard greens, pork and beans, mashed potatoes, rolls and corn. Clients were also given a $10 gift card to Food City for their pick of a turkey, ham or vegetables.

“We know not all of those will show up this morning, especially because of the rain, but hopefully that will mean we’ll have a good 500 because last year those that showed up was a little under 500, it was about 480,” Black said. “So this year we’re hoping to be right at 500, which that hits us right on top of the goal.”

Vouchers were given three weeks in advance instead of two, which Black believes helped smooth the process.

“I think it gave us a chance to distribute more vouchers and it helped out our volunteer staff in the building because it gets really, really busy in there with everybody coming through and it just those compacted two weeks — it really helped out a lot for them,” she said.

Rain forced Good Sam volunteers to set up tents for each station in an effort to keep the food dry.

Breaking down the latest US coronavirus trends

“The good thing is the clients do not to get out of their car,” Black said. “They just come to different tents, which kind of makes it nice to have the tents out there because it shows the different areas a little easier. ... A lot of the clients that we have, they can’t go out and buy something for their family to come together. We had one client last year that came through and said, ‘I wasn’t able to get my voucher the year before and my family wasn’t able to be there and I sat at home and it was just like every other day,’ and so it makes it a little special for them and everybody deserves that.”

Everybody deserves a “festive holiday meal,” she said.

“It just puts a smile on their faces,” she said.

Any food not distributed went back to Good Sam’s pantry.

Edwards said Monday that 15,427 pounds of food was available Saturday for distribution to 490 people. Not all of the food was given out.

“That’s the good thing about it is all the food that we purchased can be used at the pantry afterward, and we’ll just keep giving it out. Everything is used,” Black said.