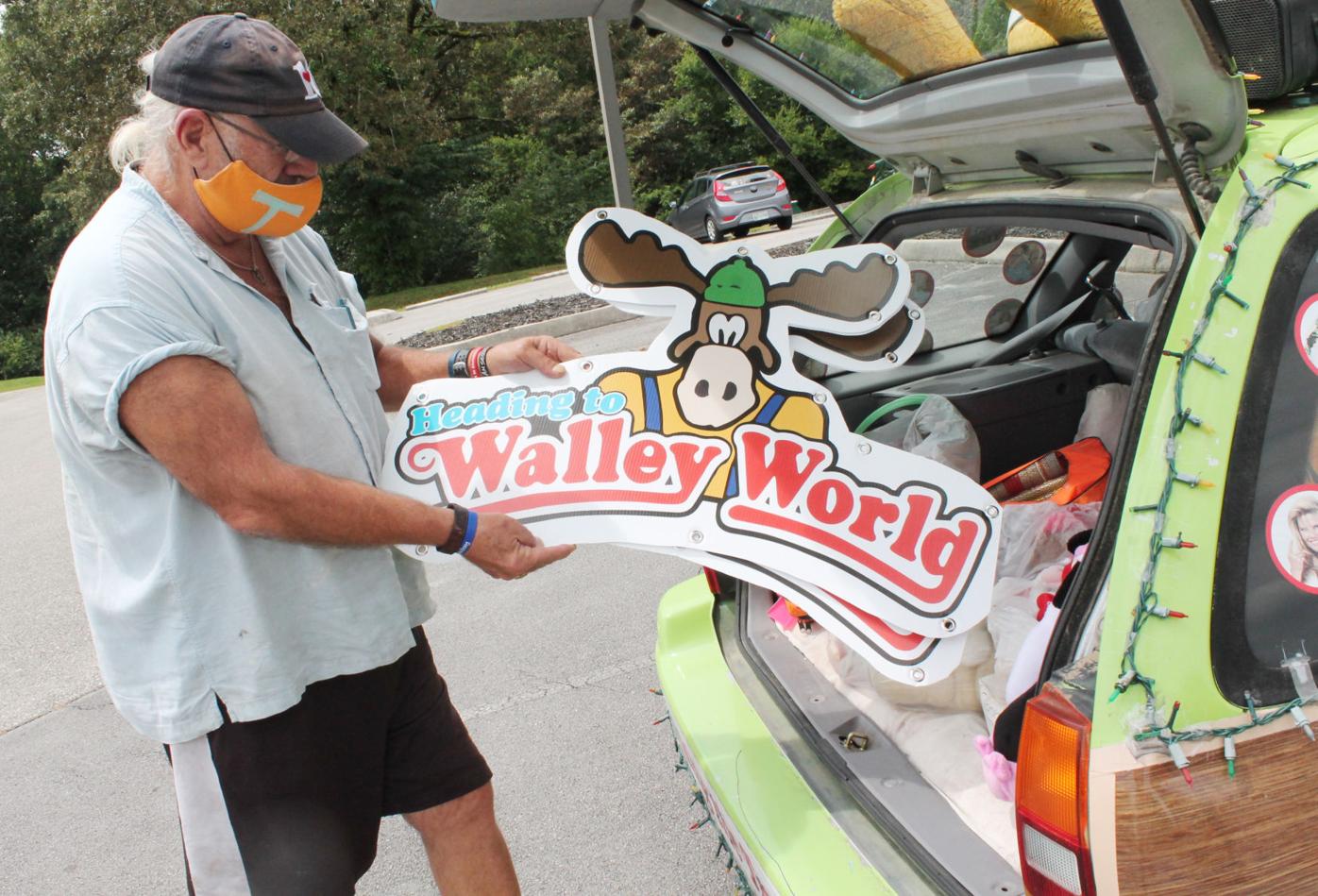 Dave Moore sorts through the back of his car and showcases some items he has for display. 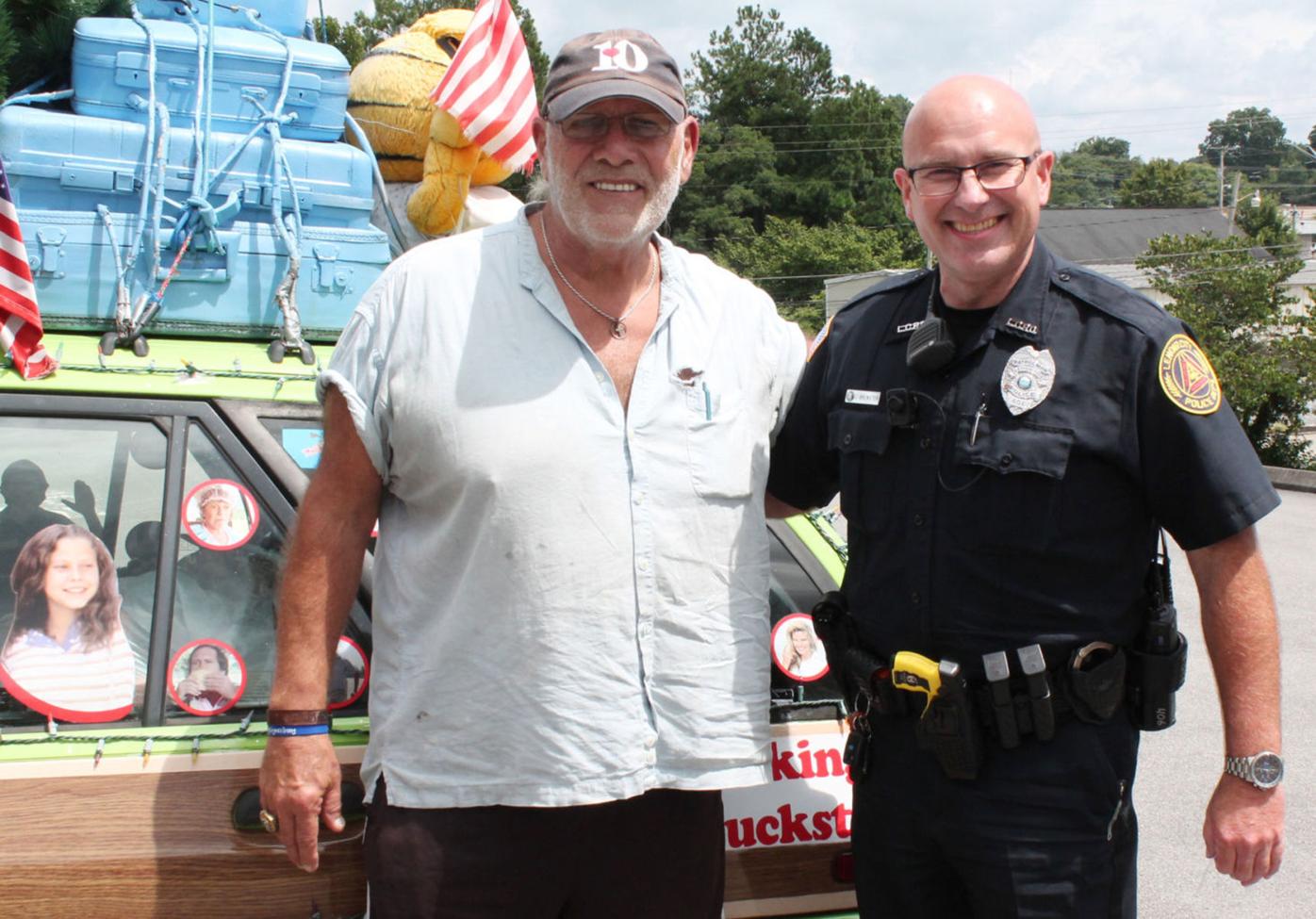 Dave Moore sorts through the back of his car and showcases some items he has for display.

Former Lenoir City High School football coach Dave Moore has roots in Loudon County that stretch decades, and for years he has simply wanted to give back to a community that supported him along the way.

Moore touts 35 years of teaching, including 25 at LCHS. He came to Lenoir City in 1984, serving as physical education teacher and a long-tenured football coach.

“I’m not saying this on my part, you’ve got to have good players to win. I was fortunate,” Moore said. “I was blessed by all my players, all my students. I learned as much from my students and my players as they probably learned from me. But the one thing I hope they did take from me 25 years is how deeply I cared about them, and I was called and led to teaching.”

He retired in 2009 and put his sole focus on giving back.

In 1999, after the Columbine shooting, he started the “We Care About You” program to combat bullying.

“Sometimes I’ll throw stuff on the truckster, like Garfield’s on the back of that one,” he said. “The one in the movie so kids can relate to them because a lot of young kids haven’t seen the movie. Or I’ll put Mickey Mouse or Minnie Mouse on top sometimes or those Minions, whatever, just to change it up.”

Moore said regardless of how “silly” the cars may seem, he puts a smile on faces.

He chose “Christmas Vacation” and “Vacation,” in part, because of how much joy it brought his children as a single father. The family watched the movies many times.

“They’d watch them 100 times and the 100th time they’re laughing more than they did the first time,” he said. “I thought at that time when they were young and I was watching with them and laughing with them that I made up my mind when they graduated high school ... I was going to find me a truckster. So it was years in the planning but I knew I couldn’t get to it until I was empty nest and my kids were gone to where I could be on the road and helping and bringing happiness to people.”

“The core behind the cars is I take a lot of children with cancer, handicapped kids either physically, emotionally, socially, and I take them and their parents out for rides and they get to ride in it with all kinds of silly music and we all act like kids and enjoy life,” Moore said. “We go to Chuck E. Cheese, we go get an ice cream or whatever and do a lot of children’s hospitals, nursing homes. ... I’ve done I can’t tell you how many neighborhood drive-throughs, and I’ll go through neighborhoods and I’ve got speakers on the outside of the car and I’ll play kid music or I’ll play motivational music to uplift and brighten people’s lives.”

The kid mentality is something Moore hopes he never loses.

He’s in the middle of a nationwide 10-year tour, going where he’s called. For now, he’s visited six states.

“I don’t just go to the states and just drive through and play music on the outside speakers, which if I just did that I’ve seen the smiles it brings,” he said. “But I go and I give talks to firemen, policemen, first responders and thank them for a thankless job. So when I’m in the cities, it’s not just a drive-through. I go and talk to all those people and educators and all that stuff.”

Lenoir City Police Officer Scott Brewster has known Moore since his time at LCHS as a school resource officer.

“It’s awesome,” Brewster said. “I mean anything that creates a positive atmosphere is certainly a good thing and that’s what the CARE program is all about is helping people and putting smiles on people’s faces.”

Moore’s reach is more than his trucksters. In 2001, he started the nonprofit CARE 365 that, according to its website, helps provide food, basic necessities and support to people less fortunate with situational needs.

He met 20 years ago with UT Athletic Director Phillip Fulmer and the late Pat Summitt to launch the Careacter Star Athlete program, which is designed to recognize high school and college athletes for character on and off the field.

“I think more than anything to the community it’s just an opportunity to allow coaches to point out good work, good character, good positivity of the team, whatever the criteria might be,” Jeff Cortez, LCHS head football coach, said. “I guess from a community, the kid hopefully continues that great character in the community and because of his reward, whether it be in the paper or on a T-shirt, it’s something that he will always remember to give back or to have high character at all times so they’ll be better people. You’re building better people and better citizens in your community, better employees in your community, better husbands in your community than before.”

Cortez, who has known Moore for eight years, called him a person of “high character.”

“It’s selfless on his part that he just wants to uplift kids and uplift the positive parts that we do,” Harig said. “A lot of times in today’s society the negativity gets all the attention, the dust-up Friday night was headline news, but the headline should have been the game outcome and those things. So for him to go ahead and say, ‘character matters,’ it allows us to recognize a lot of our players who possess character traits that a lot of people don’t get to see on Friday nights.

“I’ve always been appreciative of him,” he added. “My wife’s known him when he was a school teacher at Lenoir City, so we go way back, and it’s a great program.”

If drivers see a brightly colored wagon on the road blasting positive music, it’s likely Moore, ready for whatever the day brings.

“If I can bring people that (happiness) or the cars can or God can through, heck, I want to let people know here in Lenoir City, subdivisions or boys clubs, girls clubs, elementary schools — I’ve done a bunch of elementary schools and social distance,” Moore said.