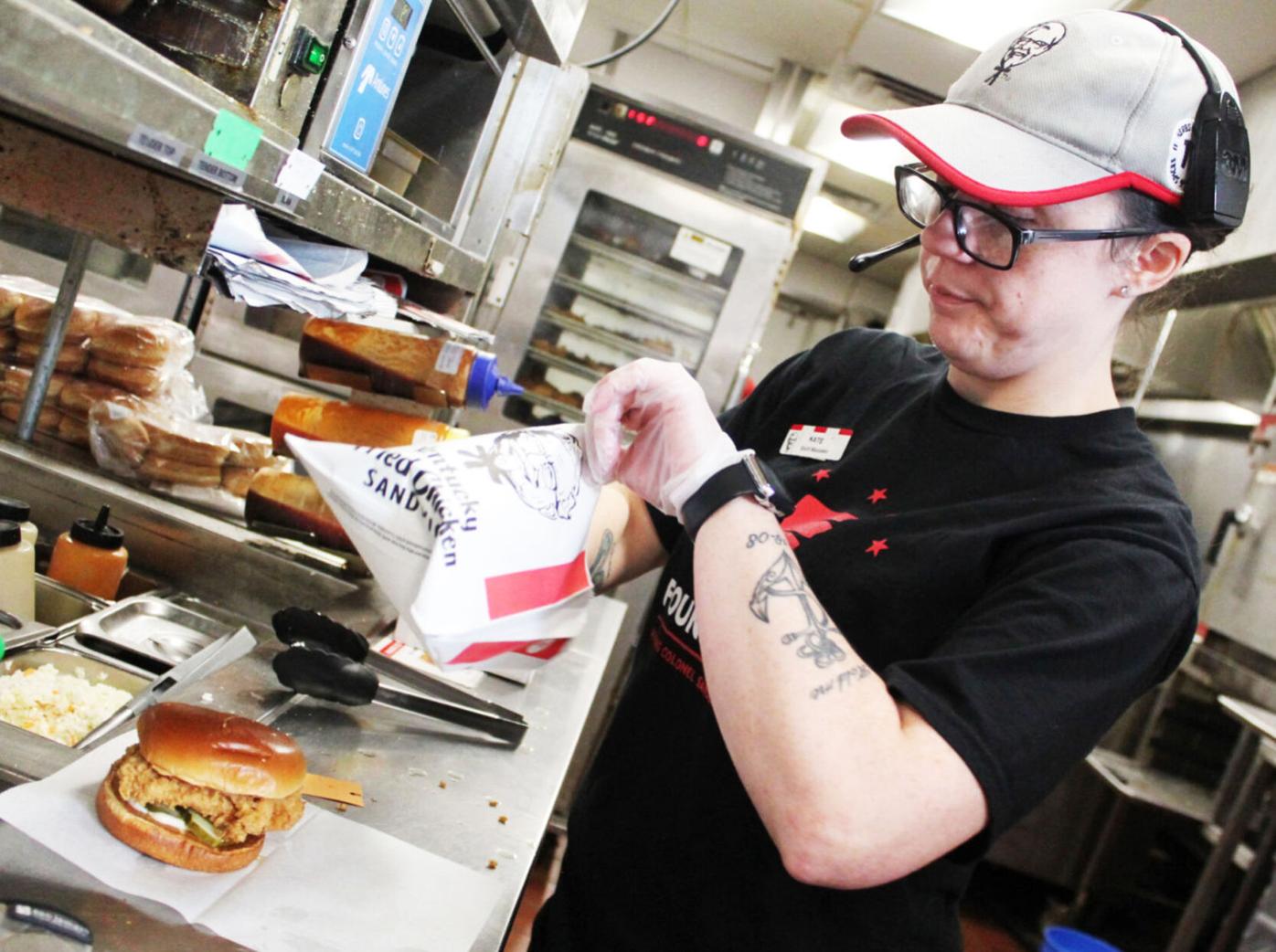 Kate Lane prepares a meal at KFC in Lenoir City. 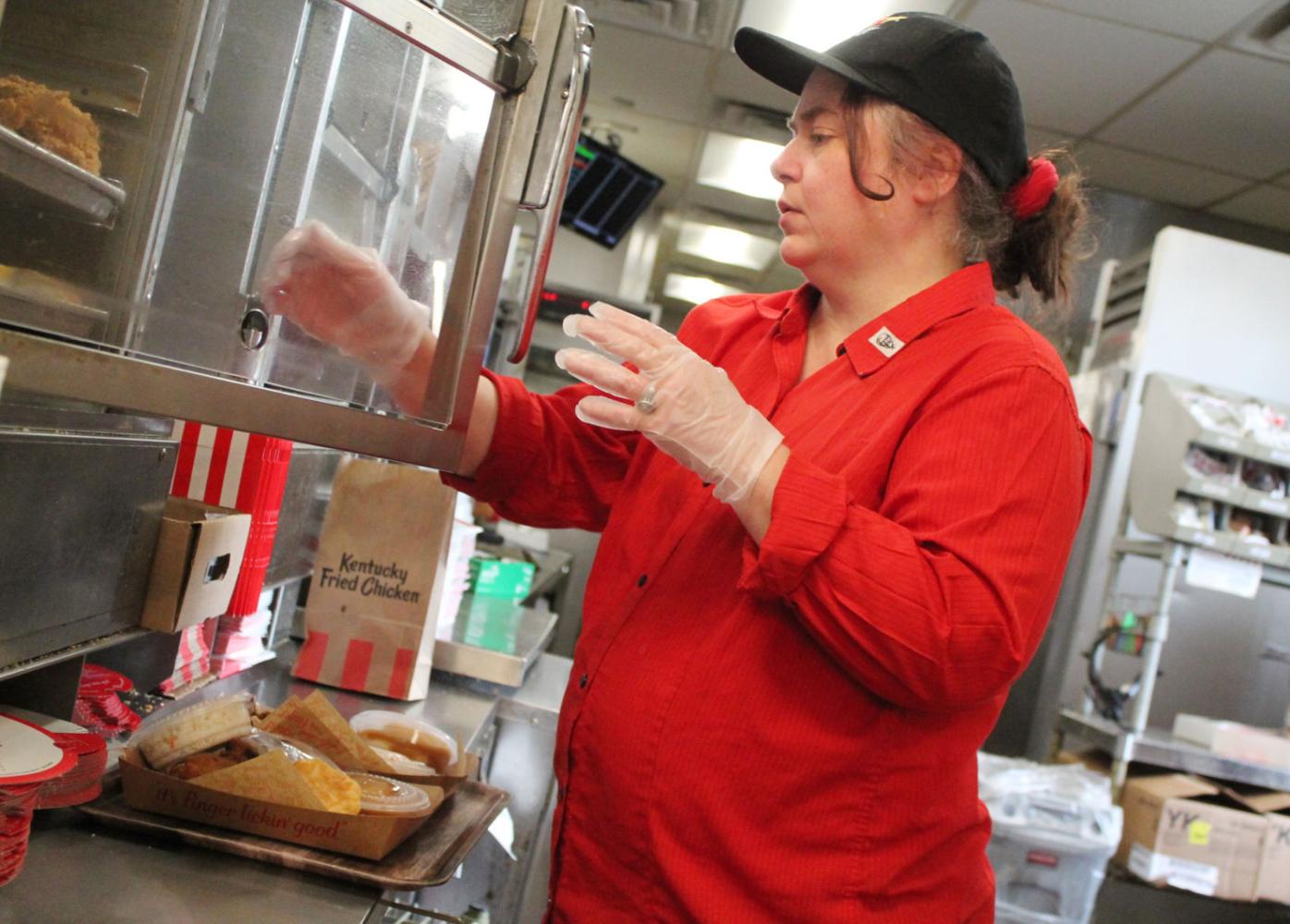 Melissa Hope works in the kitchen of KFC in Lenoir City.

Kate Lane prepares a meal at KFC in Lenoir City.

Melissa Hope works in the kitchen of KFC in Lenoir City.

Loudon County continued a steady decline in unemployment, with the latest reported jobless rate among the lowest in Tennessee.

September’s unemployment rate was 2.8%, which was significantly lower than the state average of 4.4% and tied with Blount and Robertson counties.

“I mean that’s huge,” Rodney Grugin, Loudon County Chamber of Commerce president, said. “That tells us that just about everybody that wants a job has a job.”

According to the Tennessee Department of Labor and Workforce Development, 85 of Tennessee’s 95 counties saw a drop in unemployment. Rates in 87 counties were also lower than 5%.

“Tennessee’s leaders have worked tirelessly in the months following the economic slowdown caused by COVID-19 to help our businesses thrive, so they could continue to provide good-paying jobs to Tennesseans,” Chris Cannon, director of communication at the Tennessee Department of Labor and Workforce Development, said in an email correspondence. “The state kept unemployment taxes from increasing and assisted employers through various programs. The decisions made during the last 19 months helped the state’s economy rebound as quickly as it did.”

With the community arguably at full employment, many businesses are struggling to find qualified workers.

“I was in a meeting today and I talked with several of the industry leaders and they still don’t have enough people,” Grugin said. “So that 2.8% out there either are not qualified for what our industries are needing or they’re not interested in working. We’ve got to do something if we want to continue on the growth path to alleviate that.”

“We don’t get many applicants, either walk-ins or through all the systems that we use, aggregators that bring us job applications,” Sims said. “We’re not seeing many applications at all.”

Finding employees has been difficult since the spring, which Sims said puts a strain on the current staff.

“It’s hard and that’s why you see places close,” Sims said. “I think it’s very important to still try to work your people five days a week, not a lot of overtime. I’ve heard stories of people staying from the time they get there until close but really we try not to do that here because it wears people out and you can’t sustain that. It just makes the labor shortage worse when people quit on you.”

The Burgers in Lenoir City has remained fully staffed throughout the year.

“I guess we’ve been rather lucky,” Kelly Hixson, assistant manager, said. “We’ve got a good core group and we’ve not had any trouble finding people to work. ... Even in the summertime we were fully staffed. We’d have to have eight people here on Friday and Saturday nights and we were fully staffed, and that’s just the front of the house, that’s not counting the back of the house.”

Similar to KFC, Taste-o-Texas in Loudon has struggled to find consistent employees for about a year.

“We have help wanted signs,” Mark Polley, Taste-o-Texas owner, said. “The people that do come in, they might last a week or two and then they’re gone. But we just haven’t been able to get anybody come in here and work. I don’t know, it’s hard. ... They just come in and it’s not what they thought it was and quit. I mean they come up with all kinds of bizarre reasons of why they’re leaving. Sometimes they don’t even tell us they’re leaving, they just never show up again.”

Polley said he’s tried using job sites with little luck. Now he’s trying to get references from current employees to see if anyone’s interested in working. On at least two occasions, the restaurant either opened late or closed early due to staffing.

“I’m paying competitive wages,” Polley said. “I have to because McDonald’s is paying 14 bucks an hour so I can’t offer somebody $10 an hour and expect them to stay any length of time. It’s not like I’m trying to cheap out on these people and underpay them, but it’s just even when I pay them a fair wage they still (leave). The job’s not hard. We’re just a little mom-and-pop shop. We’re not open long hours. We’re open for lunch and then we close at 7 or 8 o’clock at night.”