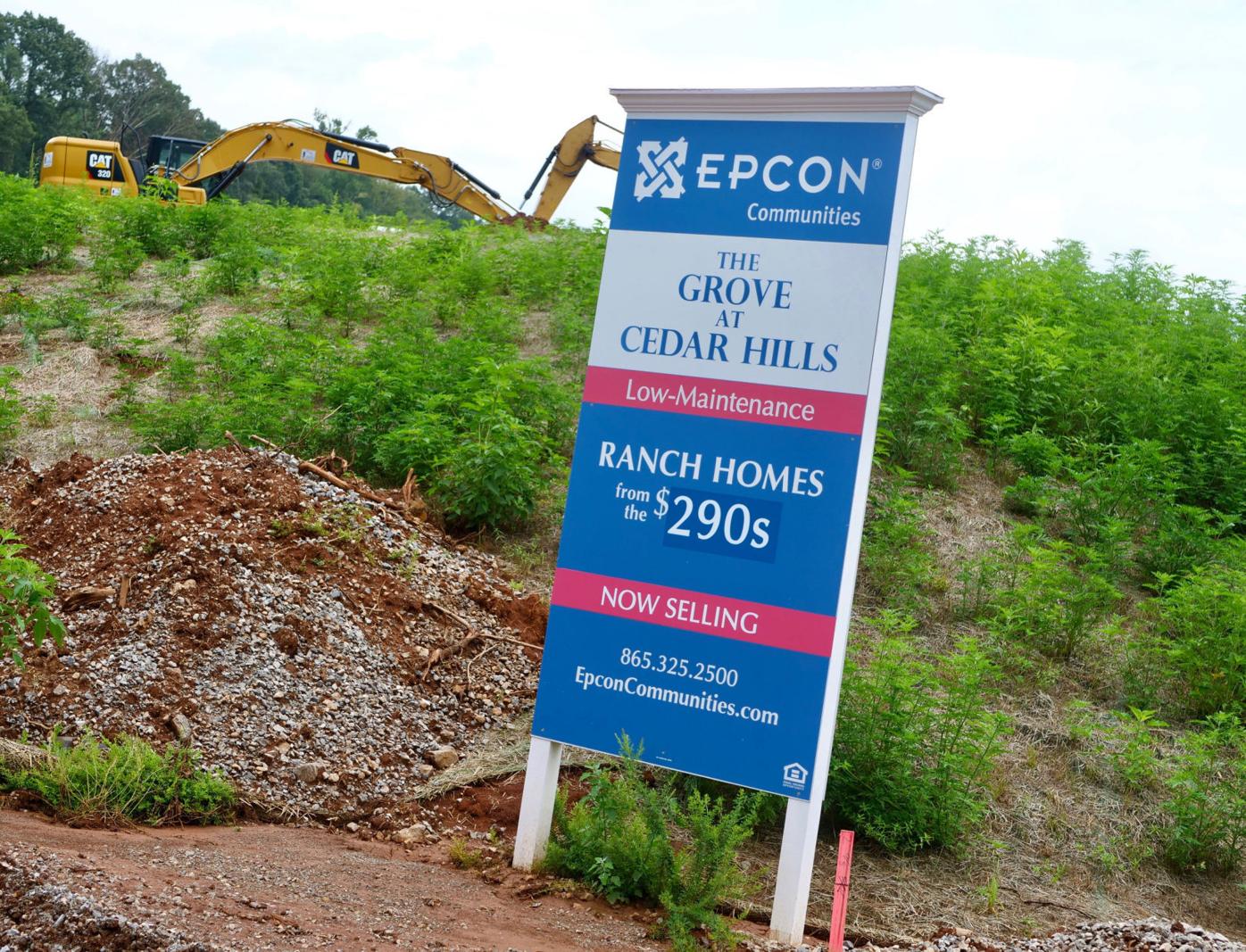 The Grove at Cedar Hills is located near the intersection of Martel and Beals Chapel roads in Lenoir City. 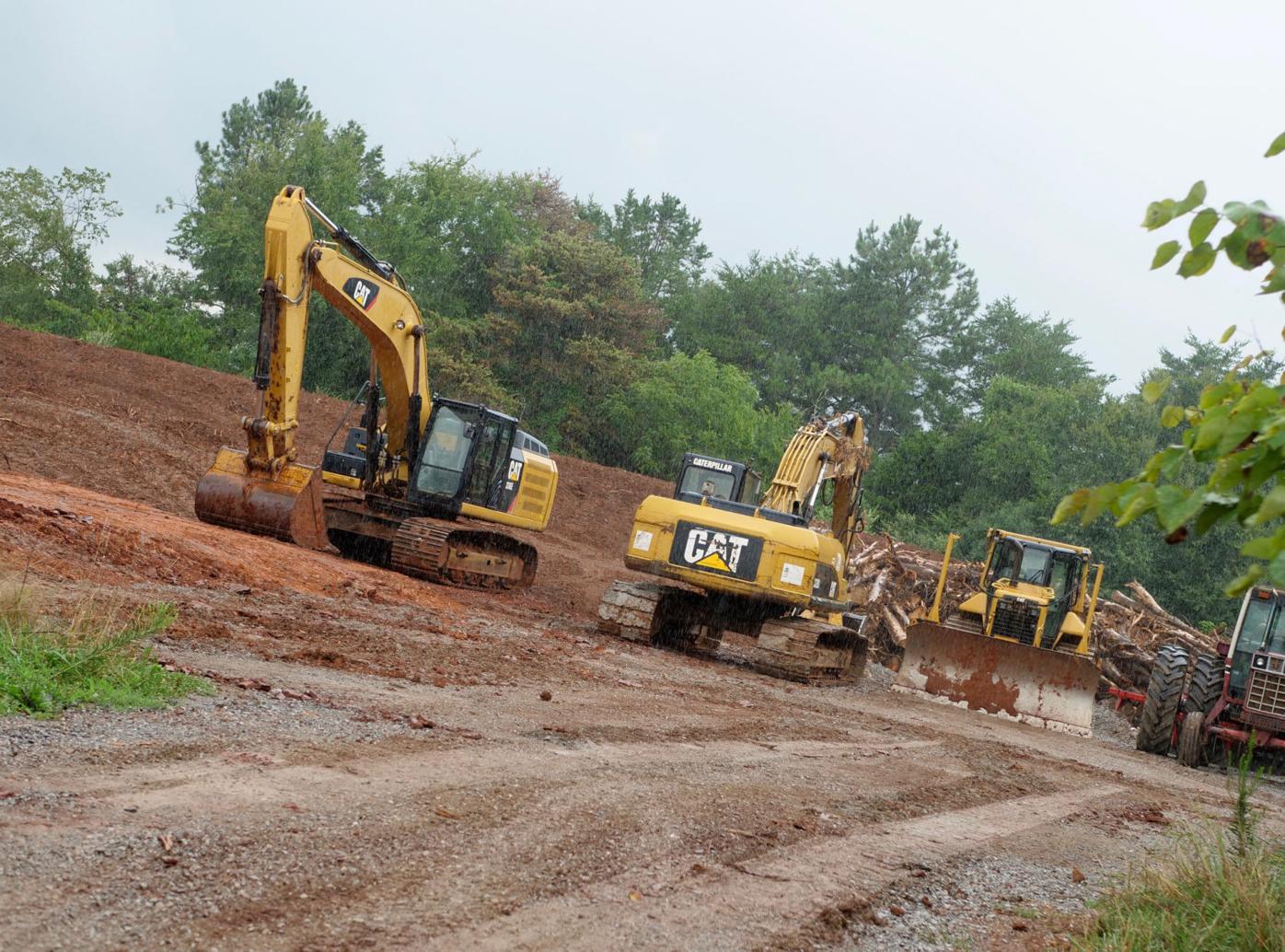 Construction machinery sits at the entrance of The Grove at Chatuga Coves development in Tellico Village.

The Grove at Cedar Hills is located near the intersection of Martel and Beals Chapel roads in Lenoir City.

Construction machinery sits at the entrance of The Grove at Chatuga Coves development in Tellico Village.

Cook Brothers Homes of Louisville is overseeing the construction of The Grove at Cedar Hills in Lenoir City and The Grove at Chatuga Coves in Tellico Village.

The company announced the development of The Grove at Cedar Hills in June and is projected to total $25 million. The 67-home Epcon development is located near the intersection of Martel and Beals Chapel roads.

“We do a fair amount of building, and that’s sort of our target market is that 55-plus buyer moving into the area from out of state,” John Cook, company president, said. “Frankly, the number of areas that we can build for those buyers is pretty small, it’s pretty limited. We just see an opportunity to supply something where it’s very, very low maintenance. There’s no maintenance as far as them having to take care of the yard, irrigation. We’re basically providing a community for folks moving into Tennessee to enjoy all the things we here in Tennessee enjoy.”

“They’ll get to enjoy low taxes, the weather, the mountains and the lakes,” he said. “Both of those developments are very close to the lake, both of them are within a couple of miles of the lake. Loudon County’s a great location for these folks to be coming to, and it’s prime on the area that folks look for when they consider retiring and moving here from the Midwest and the East. Loudon County kind of fits all the parameters.”

The Grove at Cedar Hills will feature private courtyards and amenities, including a clubhouse with an exercise facility, pool and a pickleball court.

The first homes are scheduled for completion by the end of the year and homes and homesites started pre-selling in June. There are three home plans starting at 1,519 square feet and going up to 2,769 square feet.

“It’s closer in, you know, that’s for those folks that want to be close to town, close to restaurants, close to shopping, Turkey Creek,” Cook said. “They may or may not still be working, but there’s empty-nesters and it really suits those folks. The Cedar Hills site was originally developed in 2007 but fell victim to the housing crash and had since become an eyesore. We took the original work and made the necessary adjustments to make it a great addition to the community.”

Mark White, White Mountain Homes owner, believes The Grove at Cedar Hills will be a welcomed addition to the Martel area.

“I think it’s going to bring some affordable homes into that area,” White said. “I mean the price range, they’re going to be under Stone Harbor, which is my development there. We’re kind of in a niche market, and what they’re coming into to do, I don’t think it will affect our market. I think it fills the need of a lesser-priced home than what we’re providing at this time.”

The $15 million community will feature 34 homes with private courtyards. Amenities will include an open-air pavilion, a bocce ball court and several walking trails.

“Our goals are to start construction on Chatuga Coves in early October,” Cook said. “Early September on Cedar Hills and early October on Chatuga Coves, and one of the bigger differences on these homes is the lots are graded very level. So they have their own side private courtyard instead of having like a back deck or something like that. That’s the only area on the lot that they have to maintain at all, and we’ve got multiple different options for synthetic turfs. You don’t have to do anything with it, and they could plant small gardens and provides an area for something to do and not have to maintain the rest of the yard.”

According to a report by The National Association of Home Builders last month, the COVID-19 pandemic has increased residential development in East Tennessee.

“We expect the virus could affect future housing preferences for those currently living in the hardest-hit, high-density environments and that housing demand will continue to rapidly increase in medium and low-density communities,” Dean Mon, NAHB chairman, said in a release.

However, the virus has had an adverse impact on construction. Cook aims to have both developments completed by the end of the year.

“On the homebuilding side, it has affected us in terms of very long lead times for some materials and/or not being able to get them at all,” Cook said. “This primarily pertains to assembled finished goods, such as plumbing, lighting and appliances. Many of these items are manufactured or at least assembled overseas, and while production slowed or halted altogether, the building market is steaming along and ate up all inventory in warehouses.

“There are currently no signs of this trend letting up,” he added. “We are working very hard to order materials long ahead of needing them and making sure we are a preferred customer with all of our vendors so that we get first deliveries of these items they are short on.”