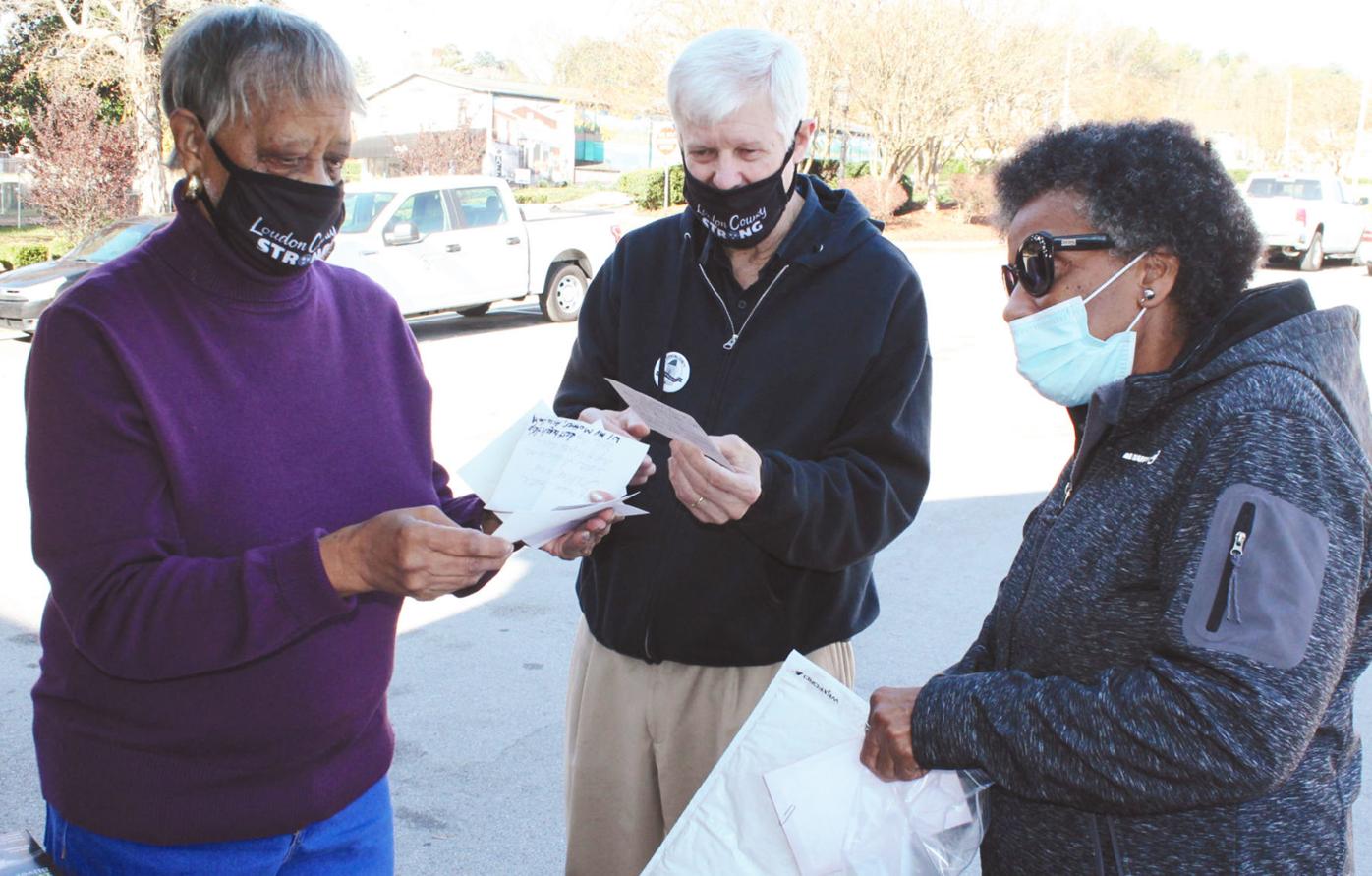 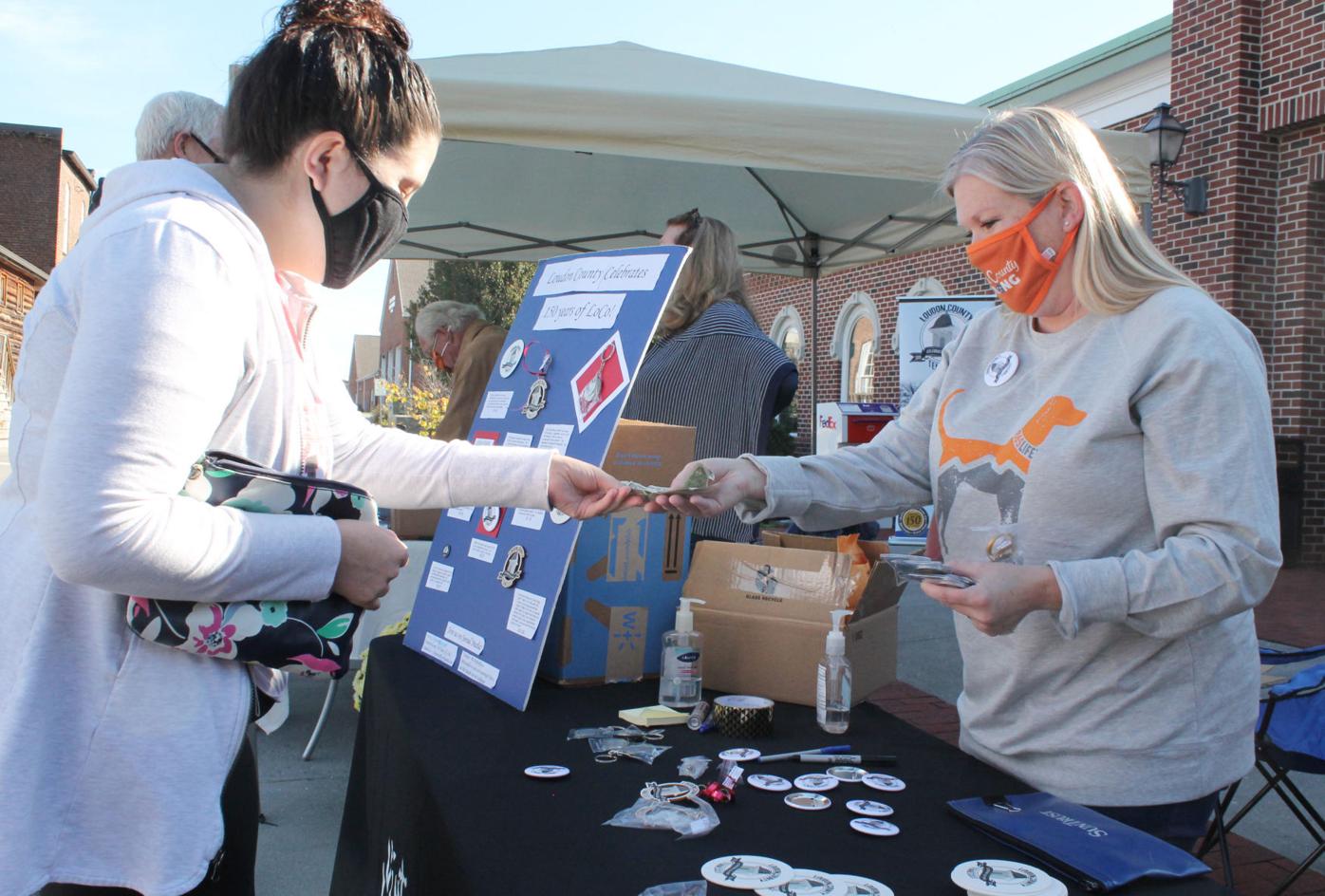 For a short few hours Saturday, the Loudon County 150-Year Celebration Committee offered residents an opportunity to be remembered 50 years from now.

From 10 a.m.-2 p.m., people pulled into the Loudon County Courthouse Annex parking lot to drop off letters, photos and other keepsakes during a community collection of memories.

“It’s a milestone, I think, to help people appreciate the past, to enjoy the present even in these challenging times and to look forward to the future,” Ruth McQueen, committee member, said. “I think it will be really exciting for people. A number of the people we hope will be here today will be back in 50 years and can look back at good humor and look back with appreciation for the history and the people that came before them.”

Items collected Saturday were placed in an envelope, then a waterproof tub and taken to a secure location until a new time capsule is ready. Three storage tubs were filled with community memories. Visitors were given a free coloring book commemorating the county’s 150th year.

“It started many months ago when the Greenback Historical Society offered to sponsor the archival envelopes with stickers and waterproof insides if you wanted to put something in,” McQueen said. “But then we have done a good bit of publicity with the general public, with civic clubs, with the schools, helping people to understand that this isn’t just a big event for today but we certainly hope it’s going to be a big event 50 years from now. The bicentennial will be a big happening, I hope, in Loudon County.”

Bo Carey, committee chairman, said initial planning for Saturday was more ambitious, but the committee had to adjust during the pandemic.

“We targeted Nov. 14 actually for a courthouse large celebration because we made the false assumption that the pandemic would be virtually over by then, or practically over, and we could finally have a big event,” he said. “We were going to invite the governor and everything else. Obviously that didn’t happen, and as we shifted through the summer, we realized that we’re going to have to change the Nov. 14 event from a big rally with bands and speakers and celebration to something entirely different.”

The group for months focused on the collection after committee member Joyce Fields “planted the seed” for a drive-through outing.

Rebekah Tripp donated a flier of her business that she hopes will be still around decades from now.

“I think it’s really neat,” Tripp said. “I mean, when they were talking about unearthing it originally, I didn’t even know there was a time capsule here and now they’re starting a new one so I thought that was really neat and a good chance to be in Loudon County history.”

Ariel Lawson wrote a letter to daughters Sawyer and Della — 2 years old and a newborn — about family history.

“I wrote about our family members and what we’re doing in life now and we’re building a house, so wrote about that going on right now. I hope this holds our place in Loudon,” Lawson said. “… It’s really special. I mean, I wrote about currently what was going on, not just in Loudon County but in the world. Just I hope my daughters get it or somebody in my family gets it, that way that family history isn’t lost.”

Jackie Smith dropped off family photographs and a letter.

“Remembrance of this and just the good times we used to have before COVID came along. That’s what I want, that somebody will remember us,” Smith said.

Hopes are to have the new capsule, which includes the remaining 1970 donations on top and the current donations below, in the new Loudon County Courthouse. McQueen said that isn’t finalized.

“The Tellico Village Woodworkers are working with us and constructing wooden cases out of the old timbers from the courthouse,” McQueen said. “We were able to procure some of those burned timbers and they’re going to repurpose them into a display where they can be secure.”

Using material from the old courthouse will be special when the container is opened in 2070.

“No. 1, it was a way to save and repurpose some of those charred beams and because it did come from the original courthouse, that’s certainly a tie when the bicentennial comes that these beams are 200 years old and they were there from the beginning of the county and they’re still serving a beautiful purpose,” McQueen said.

Wherever placed, she said the group “learned a valuable lesson” from the 1970 committee that buried the container. Many of the unearthed items were damaged.

“We are going to secure them, leave instructions for what we have and where it is,” McQueen said. “The hope is that these new cases that are built out of the courthouse wood might be displayed or exhibited in the new courthouse when it’s refurbished with the appropriate plaque telling what’s in them and when it is to be opened.”